Amazon, Flipkart, and Snapdeal Sales: Should You Buy a PS4? 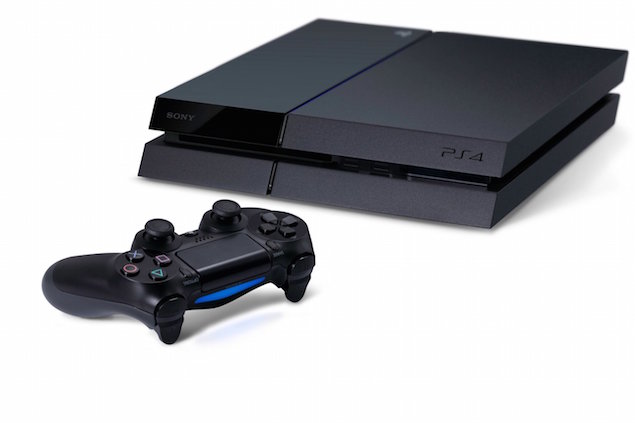 In the past, buying a new console was a straightforward affair. You simply picked what your friends bought or the one which had the most games you want to play. Now though, even if you've decided between the Xbox or the PlayStation, you're left wondering which variant to buy. The PS4 is available for around Rs. 26,000 as part of the Flipkart, Amazon, and Snapdeal sales, but there are three variants now - the original PS4, the PS4 Slim, and the PS4 Pro - so the decision isn't really that simple. Which one should you purchase and why? We tell you.

Want the best deal? Just get the original PS4
There’s no way to sugarcoat this. The original PS4 is the most affordable option. At Rs. 27,990, you’ll be hard-pressed to find a better deal. Amazon India dropped the price to as low as Rs. 25,750 during its Great Indian sale, and this gets you a 500GB PS4. It includes the DualShock 4 controller, an HDMI cable, power cord, some manuals and not much else. Combine it with a HDFC card on the Amazon app for an even lower effective price.

Sure, it’s a bit barebones compared to the myriad of bundles that Sony India has in the market, but it’s the most economical starting point for anyone looking at upgrading from a previous generation console or PC. Flipkart and Snapdeal have deals around a similar price, though you could combine them with cards to get further discounts. As for games? Our guide to buying pre-owned games cheap should help.

Also, although the PS4 Slim is an update in some ways, it has some downsides too. The original PS4 has an optical out for audio unlike the PS4 Slim so if your audio setup relies on optical, then this is an important consideration. On the other hand, the original PS4 doesn't support a wired controller, and if you’re gaming online, it only supports the 2.4GHz band versus the PS4 Slim that supports 5GHz networks. To be honest though, this last is not so important, because if you're gaming online then you should really go with a wired connection.

Should I buy a PS4 Slim?
No. For one thing, it isn’t available in India yet and likely won't be sold here for some time yet. That means you’re left with procuring it via the grey market, or importing it. Neither option is advisable since you’ll be spending a lot at least Rs. 30,000 if you buy it from the grey market.

You could snag it cheaper if you’re planning a trip abroad or have a relative who is traveling, but you’ll lose out on warranty. While every laptop manufacturer and most smartphone makers have global warranties now, Sony’s warranties are just for the region they're sold in. Unless 5GHz Wi-Fi and a slightly modified DualShock 4 is a do or die requirement, you’re better served with the original PS4.

(Also see: PS4 Slim Leak Shows All Matte Finish and No Optical Out)

What about the PS4 Pro?
Another no. For one, there’s no clarity on an Indian release date yet. If we go by Sony’s original PS4 launch plans, you can expect it in January next year. While the rest of the world saw the PS4 launch in November 2013, India had it from January 2014. If that's any indication, January 2017 seems like a safe bet.

Now, what about the price? Globally, the PS4 Pro will set you back by $399, the same price as the original PS4. That sold for Rs. 39,990 when it launched in India. This suggests a similar price tag for the PS4 Pro when it arrives in January - that's a lot more than the Rs. 27,999 price of the original PS4. Plus, you need a TV that supports 4K and HDR to get the best out of it. To make things worse, although Sony showed off a number of games at the PlayStation Meeting that performed better on the PS4 Pro, quite a few developers seem uninterested in developing for the beefed up platform. This makes it an expensive option with no clear road map or support, so the original PS4 just sounds like a better idea.

And what about the Xbox One?
It’s a fine console, as we’ve stated many times in the past. But if you had to buy it, you’re better served with the Xbox One S which isn’t out officially yet. We’ve been given to understand that the sales on Amazon and Flipkart might see some deals on the original Xbox One - but you’re really better off waiting until the Xbox One S is available. It’s essentially everything the Xbox One should have been at launch, with slightly snappier performance and a better form factor.

Which console are you picking up during the sales this week? Let us know via the comments.