Amazon Could Be ESPN of Video Games in Twitch Deal 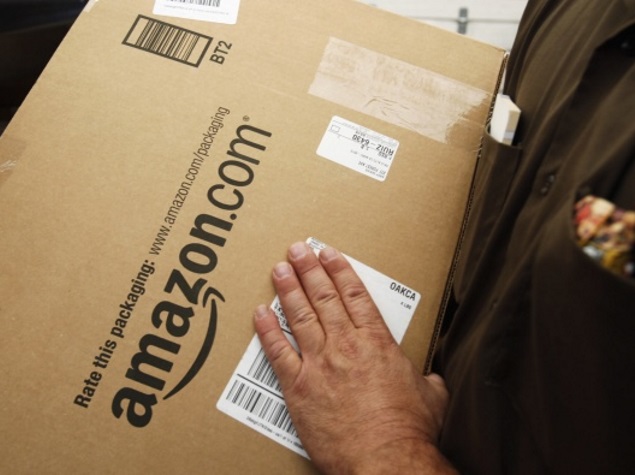 Amazon is hoping to become the ESPN of video games.

The e-commerce giant is buying streaming platform Twitch Interactive for $970 million in cash as it seeks to take part in video gaming's growth as an online spectator sport.

Twitch is a multi-channel online network built for a generation of people who not only enjoy playing video games, but find it entertaining to watch others who might impart tricks and tips for excelling at their favorite games.

Amazon's purchase is an acknowledgment that gameplay video feeds are increasingly lucrative. Twitch had 55 million unique visitors in July, up from 20 million in 2012. Most visited the Twitch.tv website to watch other people play live or recorded games -competitions interspersed with advertising.

Digital video advertising in the U.S. is expected to reach $5.96 billion this year, according to eMarketer, up 41.9 percent from 2013.

"Broadcasting and watching gameplay is a global phenomenon and Twitch has built a platform that brings together tens of millions of people who watch billions of minutes of games each month," said Amazon CEO Jeff Bezos in a statement.

The deal is the latest example of Amazon expanding into new commercial arenas. It introduced its own smartphone, the Fire phone (Review), this month. Earlier this summer, it added same-day delivery, a set-top video streaming device to its list of services for members of Prime, its $99 annual loyalty program.

Amazon already has an in-house gaming studio that makes games, and its Fire TV set top box was designed to attract gamers.

Twitch CEO Emmett Shear said Amazon is a good fit because "they believe in our community, they share our values and long-term vision."

Google had been in talks to buy Twitch, but no deal materialized. Forrester Research analyst James McQuivey believes Google might have been a better fit for Twitch.

"Twitch will be a harder asset for Amazon to use," he said. "It doesn't have the kind of video streaming audience that Google's YouTube does."

However, McQuivey added that Amazon is trying to own more of its own content rather than simply selling others' and Twitch could help the company do that.

"(Twitch) captures people's attention for hours a week and it also creates a product tie-in opportunity that Amazon can capitalize on in a way that Google could not," he said.

In a letter addressed to Twitch's users, Shear emphasized Amazon's willingness to allow the gaming service operate independently as a key reason for the deal coming together. It's not clear whether Twitch would have been given as much autonomy had it been purchased by Google, given the leading role that YouTube already plays in online video.

Google declined to comment on Twitch's sale to Amazon.

Seattle-based Amazon's purchase of Twitch is set to close in the second half of 2014.

Twitch, based in San Francisco, spun out of Justin.tv, a quirky service that revolved around a video feed tracking the daily activities of co-founder Justin Kan. The focus shifted to live video for gamers in 2011, a move that has turned Twitch into rapidly growing phenomenon.

In July, users viewed more than 15 billion minutes of content produced by more than 1 million broadcasters, ranging from individual gamers, pro players, video game publishers, developers and others. The company does not release revenue figures, but in September 2013 it received a $20 million investment from investors including software company Take-Two Interactive and venture capital firms Alsop Louie Partners and Bessemer Venture Partners.