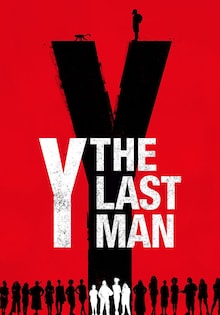 Share
Action Drama Fantasy Sci-Fi
4.5 ★ 2021 Season 1 18+
Traverse a post-apocalyptic world in which a cataclysmic event decimates every mammal with a Y chromosome but for one cisgender man and his pet monkey. Follow the survivors in this new world as they struggle with their efforts to restore what was lost and the opportunity to build something better.

After half the world's population — anyone with a Y chromosome — just drops dead all of a sudden without explanation, the remants of the American society struggle to survive in the post-apocalyptic world, and figure out what caused it. Their best bet is one cisgender man (Ben Schnetzer) and his pet male monkey who mysteriously survived the cataclysmic event. But his existence is a secret that threatens chaos. Y: The Last Man â€” premiering Tuesday on Disney+ Hotstar in India, and also available FX on Hulu in the US â€” has had such a long and troubled road to the screen that it's impossible to discuss the comic book adaptation without contemporary comparisons. In it, half the world's population just drops dead all of a sudden without explanation. It's like HBO's critical darling The Leftovers but on a much, much bigger scale, akin to the five years between Avengers: Infinity War and Avengers: Endgame. Tonally and narratively though, Y: The Last Man more closely resembles fellow post-apocalyptic adaptation The Walking Dead â€” in fact, the latter comic series began a year after Y: The Last Man, but that show is now in its eleventh and final season. It's possible that the showrunners of Y: The Last Man are hoping for a similar reception.