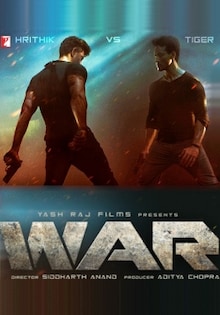 War was a much-awaited Bollywood movie as for the first time it brought Hrithik Roshan and Tiger Shroff together on the celluloid screen. The movie revolves around the Hrithik Roshan and Tiger Shroff where the guru is Hrithik and Tiger is the shishya. The story has lots of twists and turns along with an amazing climax that will actually blow your mind. But those who are Bollywood fans can actually feel the essence of the twist. The action sequences are shot beautifully and are quite intense. Vaani has a small part to play but does a graceful job in the provided. The songs like "Ghungroo" and "Jai Jai Shivshankar" are an amazing treat to the eyes. Watch the movie to see the never-before-seen duo together, see Hrithik Roshan flaunt his abs and freckles and watch Tiger matching up the class with Hrithik. The face-off in the song "Jai Jai Shivshankar" will make your day. So guys, wait no more and head on to watch the movie right away.

War is a full action-packed movie that brought Hrithik Roshan and Tiger Shroff together for the first time. if you've missed watching War movie in theatres here we bring you the link on which you can watch War full HD movie online holding a bowl of popcorn in your handing while sitting on the couch with utmost comfort. Wait no more to watch War full movie online in HD and enjoy the impeccable action sequences shot between Hrithik Roshan and Tiger Shroff.

War is a Bollywood action thriller movie that stars Hrithik Roshan, Tiger Shroff and Vaani Kapoor. War movie is directed by Siddharth Anand and produced by Aditya Chopra. In the War teaser, you can see the true and intense face-off of the guru(Hrithik) and the shishya(Tiger) against each other.  The War official trailer is finally out which is giving us major intense action goals. The War released on 2nd October 2019, which falls on Mahatma Gandhi Jayanti across the IMAX cinema halls. This new Hindi movie will be a treat to all the Hrithik Roshan, Tiger Shroff fans as this movie will give them action-packed performances. In the below story, take a look at the War trailer, songs, release date, review and much more. 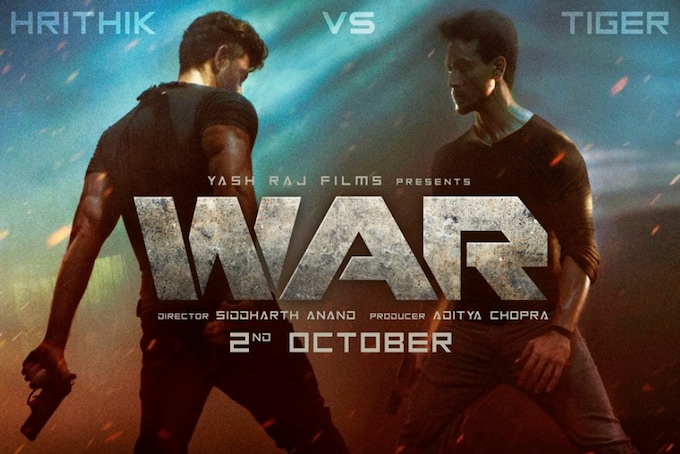 After War movie teaser, War official trailer is finally OUT. In the trailer, you can see Hrithik Roshan and Tiger Shroff fighting their guts out against each other. Hrithik betrays and o find him Tiger follows him to kill him which is the command he has received from his seniors. There are glimpses of Vanni Kapoor who you can see taking up the glam quotient, this time you can see her in all-together different shades which were not explored earlier. Not just it, it showcases quintessential action sequences that are jaw-dropping and furiously intense.

The "Ghungroo" Song and "Jai Jai Shivshankar" songs are quite a hit list of the movie. Take a look at the War songs below.