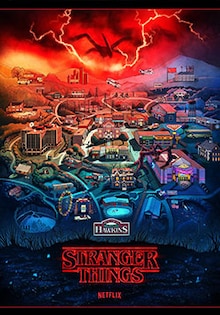 Eleven (Millie Bobby Brown) is now in California with Joyce Byers (Winona Ryder) and her family. She is living a regular life—dealing with school, bullies and other teenage drama—until stranger things begin to happen, again. On the other hand, those believed to be dead in Season 3—Jim Hopper (David Harbour), after helping to close the gate between the real world and the Upside Down, is in fact alive and working on an icy railroad in Russia alongside other prisoners.