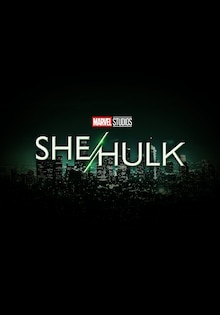 Share
Comedy Drama Superhero
Season 1
A lawyer who specialises in superhuman-oriented legal cases becomes a superhero herself, thanks to a blood transfusion from her cousin Bruce Banner.

She-Hulk follows Jennifer Walters (Tatiana Maslany), a lawyer who specialises in superhuman-oriented legal cases. She-Hulk will welcome a host of Marvel characters to the series, including the Hulk, played by Mark Ruffalo, and the Abomination, played by Tim Roth. She-Hulk is coming to Disney+ and Disney+ Hotstar in 2022.