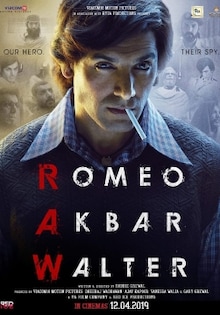 Romeo Akbar Walter is a 2019 Bollywood action-thriller flick that is based on the true events that were held before the 1971 India-Pakistan war.

In the movie, an army major's son, Romeo (John Abraham), who is currently working as a bank cashier, gets recruited by India’s foreign intelligence agency- the Research and Analysis Wing (RAW) to serve as an undercover agent named as Akbar in Pakistan. RAW officials believe he is a camouflage who can modify his appearance and is best suited for the job. He shall operate as India’s undercover agent in Pok (Pakistan occupied Kashmir) during the events that will lead to the 1971 Indo-Pak war. Will Romeo/Akbar will be able to pull off his duties? 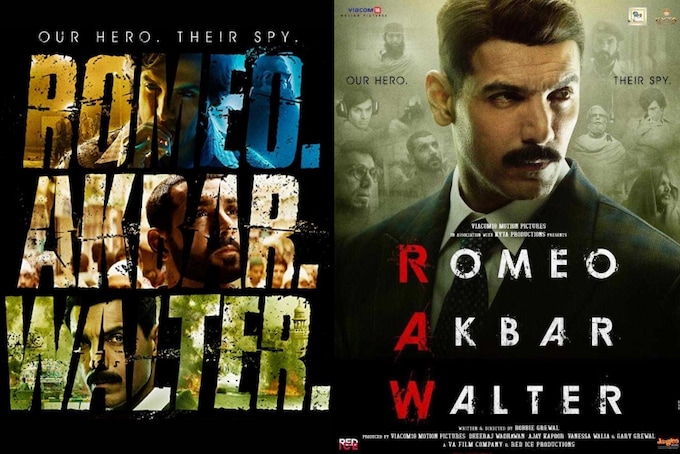 After Raazi, RAW is another espionage film that stars John Abraham, Mouni Roy, Jackie Shroff and Sikandar Kher in the lead roles. Nothing in the movie is as shown in the trailer of the movie. Characters seem disconnected with the audiences and the plot looked quite stretched out. Mouni looks stunning but doesn't get enough screentime. Written and directed by Robbie Grewal, this movie is supposed to an action-packed movie which is supposed to keep you on the edge of your seats, but this expectation comes with disappointment. Initially, it manages to grip you with its intensity but later all you get is boredom. The screenplay doesn't seem to be the way it should look like when it comes to movies. Romeo Akbar Walter movie being slow-paced makes you feel proud of the lives who give away their lives for the nation. You can watch if you're John Abraham fan and have the least expectations from the movie.

Romeo Akbar Walter music is composed by Ankit Tiwari, Shabbir Ahmed, Sohail Sen and Raaj Aashoo. The lyricist who has penned the lyrics are Shabbir Ahmed, Prince Dubey, Murli Agarwal and Ashok Punjabi. The Songs "Bulleya" and "Jee Len De" are one of the most popular songs of the movie.