Thankfully, the future at least seems to be in good hands.

When Disney floated the idea of acquiring Fox less than two years ago, one of the first questions on everyone's minds was whether their respective Marvel superhero properties would somehow co-exist. Disney CEO Bob Iger put that debate to rest in late 2018 by handing the reigns of the X-Men, Deadpool, and other franchises to Marvel Studios president Kevin Feige, who doesn't foresee any immediate plans for their integration into the Marvel Cinematic Universe. And just like that, X-Men: Dark Phoenix — out now in India — which was originally envisioned as the start of a new trilogy, as writer-director Simon Kinberg had hinted at over three years ago, is now the end of Fox's X-Men run as a whole. (Set aside a repeatedly-delayed horror spin-off in The New Mutants due next year.)

A veteran of the X-Men franchise since the days of 2006's The Last Stand — whose story gets a do-over on Dark Phoenix — Kinberg has since labelled his directorial debut as a “natural culmination for this cycle of X-Men movies”. And Fox executives have described X-Men: Dark Phoenix as “the perfect send-off” for its X-Men franchise. Given the size of the ensemble, that's additional weight for Dark Phoenix, which already has the responsibility of adapting the most iconic storyline from the X-Men comics — the eponymous “Dark Phoenix Saga” from Chris Claremont and John Byrne — as Kinberg himself claimed. It would take a tremendous movie to deliver on those accounts, and X-Men: Dark Phoenix simply doesn't have the makings of anything resembling it. Put simply, it's a massive bore.

It doesn't help that Dark Phoenix is coming on the back of the X-Men franchise's nadir, 2016's Apocalypse, which was so cluelessly terrible that it effectively erased the good work of the first two X-Men films of the 2010s — First Class, and Days of Future Past — and brought character arcs to a screeching halt essentially. X-Men: Dark Phoenix is marginally better in that it knows what it wants to be about, putting the mutant Jean Grey (Sophie Turner) at its centre, who like most others was recruited into the special school by Charles Xavier (James McAvoy), the other fulcrum for the new X-Men film. But Dark Phoenix doesn't have a handle on how to build up its ideas, and it just ends up harping upon the same tone for its entire runtime, unable to craft a meaningful composition out of it.

X-Men: Dark Phoenix opens in 1975, as we are shown a young Jean (Summer Fontana) who inadvertently causes the family car to crash, killing her mother in the process. A younger Charles, one with a lot more hair, shows up and takes her in as one of his students, promising to help her and not try to fix her. Because “you're not broken, Jean,” he adds, lovingly. Jump forward to the ‘90s — continuing the one-decade trend of this X-Men run, after ‘60s for First Class, ‘70s for Days of Future Past, and ‘80s for Apocalypse — when the X-Men attempt a space rescue mission, during which Jean is exposed to some sort of a cosmic force, which nearly kills her. But she miraculously survives and upon returning to Earth, Jean remarks that she feels good, like everything's been dialled up.

Noting that Jean ought to be dead, Raven (Jennifer Lawrence) takes Charles to task for putting his fellow mutants at increasing risk to help humans, accusing him of being more concerned with good publicity — he has a direct line to the US President and is hosted at state dinners — over the protection of the X-Men. (She also skewers the group's title itself, pointing out how the women are always helping more and that maybe they should be called the ‘X-Women'.) It's a theme in Dark Phoenix, as the film paints the X-Men chief as a man who has his ego and blindspots, which is also causing him to drink heavily. Kinberg is clearly interested in studying a more complicated Charles, who doesn't always make the right calls, but his script fails to push that point outside of characters just remarking it outright.

In between all this X-Men: Dark Phoenix features a race of alien shapeshifters that are a mix of the Skrulls from Captain Marvel and regenerating Terminators from, well, the Terminator franchise. They are led by an individual named Vuk (Jessica Chastain, from Zero Dark Thirty), who is after the cosmic force that has inhabited Jean Grey and hence tries to manipulate her. Meanwhile, back at the X-Mansion, Jean learns that she has newfound powers that she can't seem to control and hence decides to go on her own, prompting Charles & Co. to go after her. During her travels, she meets Magneto (Michael Fassbender) and his band of mutants who have chosen to seclude themselves on an island, and the alien Vuk, who whispers things in her ear that Jean wants to hear about herself. 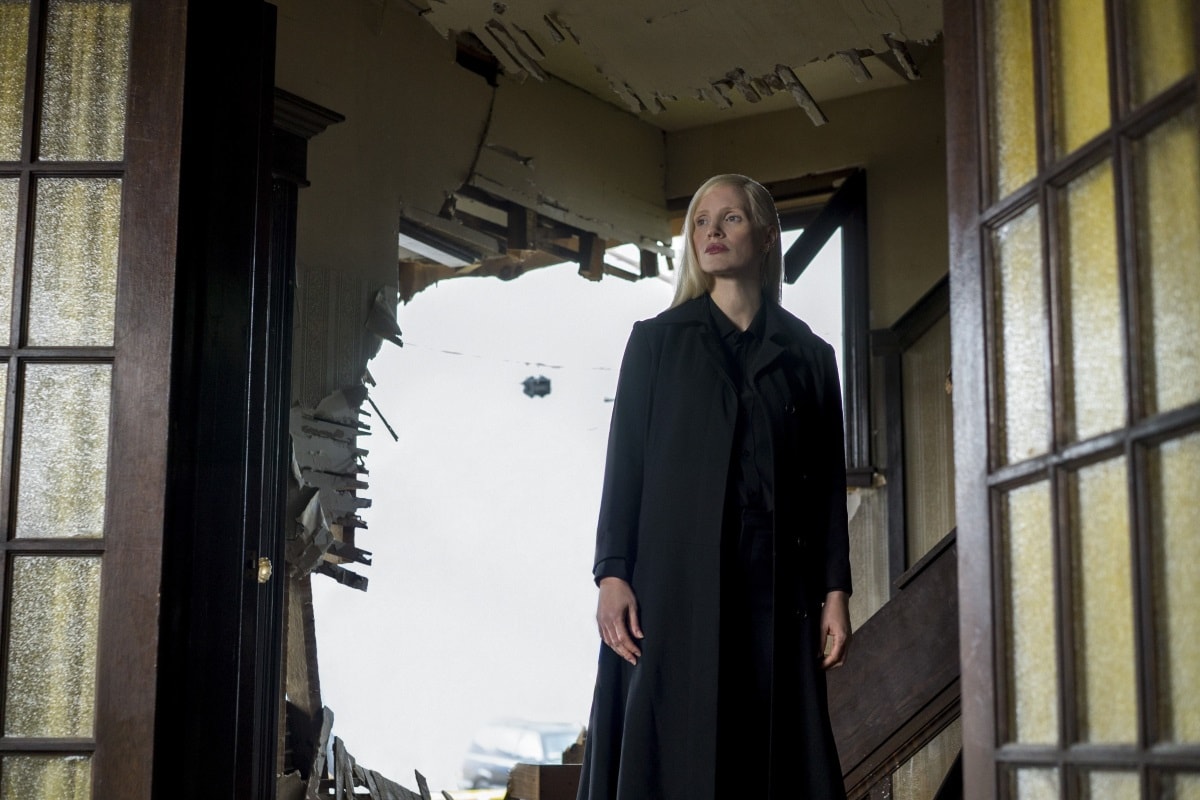 There's no shortage of problems in X-Men: Dark Phoenix. For one, the role of the alien Vuk is a waste of Chastain's acting prowess. And what should have been a big reveal in the film has been given away stupidly in the trailers and then confirmed by Kinberg. Even if you were lucky enough to escape that, the direction of the scene is so lacklustre that it will likely inspire no emotion, which is strange considering the character involved has been around from the start. Those moments, and the film as a whole, showcase the fundamental importance of writing, whose faults can't be papered over in other departments. In fact, at times, Dark Phoenix feels like it's missing the necessary connective tissue, with a bunch of scenes stacked next to each other that don't bother to explain character decisions.

Hopeless in the narrative department, X-Men: Dark Phoenix also fails in delivering action spectacle. There's two big set-pieces late into the film — one in New York as the mutants go after Jean, and the other on a moving train — but neither are special in any form whatsoever. There's a single cheer-worthy moment during the train sequence, but it's lost in an otherwise uninspired CGI mess that's as generic as they come. Quicksilver (Evan Peters) was the action highlight of the last two X-Men movies — in fact, the lone highlight of Apocalypse overall — but Jean's increased powers mean he's effectively side-lined from Dark Phoenix. Moreover, the film also partly suffers from the DC problem, in that an all-powerful character makes everything one-dimensional and monotonous.

Ultimately, X-Men: Dark Phoenix is a wholly disappointing and forgetful culmination of this X-Men run, which brought together a fantastic bunch of young actors but then ran out of steam two movies in. And it might be a long while before fans get to see the X-Men on the big screen again, in light of Feige's aforementioned comments about the upcoming MCU slate, and Disney recently dropping every Fox-Marvel title from its release calendar. Kicking off the 21st century, the X-Men franchise effectively paved the way for Marvel's superhero explosion in the past decade or so. But as this generation of mutants bids goodbye, it's going out in a whimper while one of its inspired creations rages on both critically and commercially. At least its future is in those good hands.

X-Men: Dark Phoenix is out now in theatres across India. There are no scenes during the credits.