Gal Gadot as Diana in a still from Wonder Woman

Ever since Christopher Nolan closed the book on his Batman trilogy in 2012, Warner Bros. has struggled to draw both critical praise and long-lasting fandom for its DC superhero films. Three movies into its Marvel-style shared universe, the studio may have racked up over $2 billion in worldwide box office profits alone, but it has been unable to produce a single entry that could proudly stand next to any of its crosstown rival. And with last year’s double whammy of Batman v Superman and Suicide Squad, there was a genuine question over how warranted the long-term DC project really was.

For the time being, though, that debate can be put to bed. Wonder Woman, the character’s first solo live-action film since her creation by William Moulton Marston in 1941, is a triumph in numerous ways, not least because it understands the humanity underneath its titular demi-god. Directed by Patty Jenkins (Monster), off a script penned by Allan Heinberg (Grey’s Anatomy), the film eschews the world-weary cynicism that has plagued earlier DC chapters, and instead focuses on a very resonant lesson for people of all ages: it’s ultimately a story about growing up and realising the world isn't as simple as the childhood stories make it out to be.

Though audiences are drawn in by the action, any superhero film needs a heart and emotional pay-off to be more than stylish stunt work and tons of CGI. Wonder Woman not only connects back into the themes it sets up, it also manages to infuse the storytelling and action with warmth, understanding, and a tinge of goofiness, which helps ground a character that is not only physically and mentally far capable than any human, but has grown up amongst warriors on an island cut off from the rest of the world. The film is a superhero’s origin story, first and foremost, but it’s still able to provide a very relatable journey despite following a female goddess into a century-old war.

After the briefest of prologues in modern-day Paris, with Diana (Gal Gadot) now working at the Louvre, the film jumps to her growing up in Themyscira, an island seemingly created by Zeus as a paradise away from mankind, and inhabited by a female-only race known as the Amazons, with the mission to act as protectors. The film’s first half hour rockets through her childhood as the only kid on the island, sculpted from clay and brought to life by Zeus, as her mother Hippolyta (Connie Nielsen) tells her. Young Diana (Lilly Aspell) is a rebel, and she sneaks away at night to train with her aunt Antiope (Robin Wright), who’s regarded as the best warrior among them all. 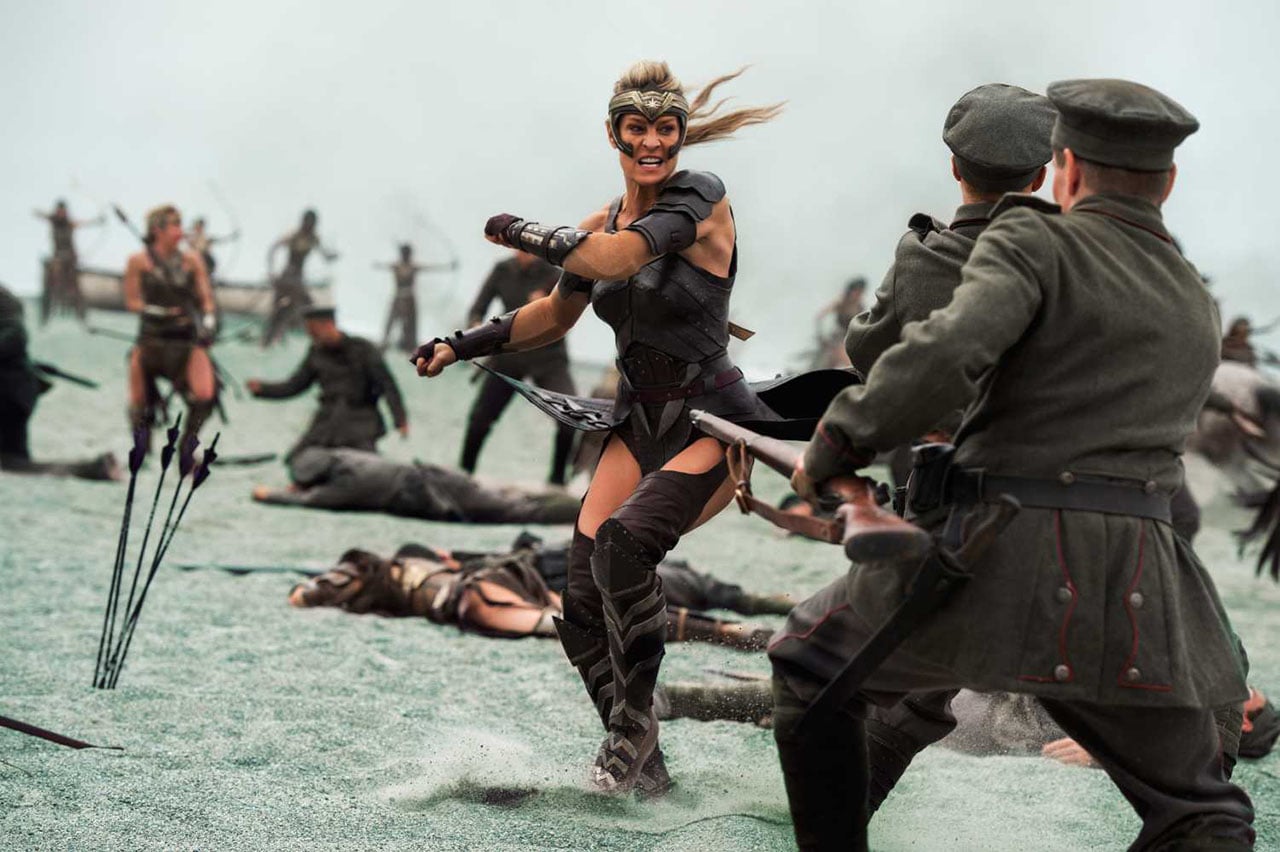 US Army pilot Steve Trevor (Chris Pine) shows up one day out of the very blue of the sky, literally, and crashes into the Themysciran bay. Diana jumps into the water to rescue him – it won’t be the last time, and the film’s early 20th-century setting gives it more room to subtly explore its gender politics – who tells her he’s on the run from German troops as he’s a spy in “the war to end all wars”.

The Amazons, though ageless and speaker of hundreds of languages, are clueless about any war. Diana is horrified to learn about its effects and reach: 26.5 million people have died in a four-year war between 27 nations. She wants to help, against the wishes of her people, given what's going on outside their paradise. And though her mother initially says no, she understands she cannot stop her. Hippolyta’s concern stems not just out of daughterly love, but from a secret she has long kept from Diana.

Unaware of who she is, and having never been to the world of men, Diana’s journey into 1918 London with Trevor puts her out of her depth in the ways of the society, a classic fish out of water tale. She’s never seen a car, she randomly walks up to people holding babies, and she’s utterly clueless about the dynamics between men and women. When Trevors takes her to a London store with her assistant Etta Candy (Lucy Davis), Diana rejects all types of women’s clothing because they don’t allow enough flexibility for fighting. It’s a wonderfully comical scene, not only because it expertly mocks standards then and now, but also since it’s driven by her naivety and lack of knowledge about the world she stepped into.

This continues in her interaction with people of that era, which owing to its infinitely more misogynistic tendencies – all women had yet to even get the right to vote – lends itself better to the script’s light-hearted moments. When Diana speaks up for herself in defiance and disregard of societal customs in front of Trevor’s superiors, it’s both humorous and powerful because her uncaring attitude is simply a by-product of her bringing up. Why should women have to fight for what ought to be rightfully theirs, an equal say in the matters? 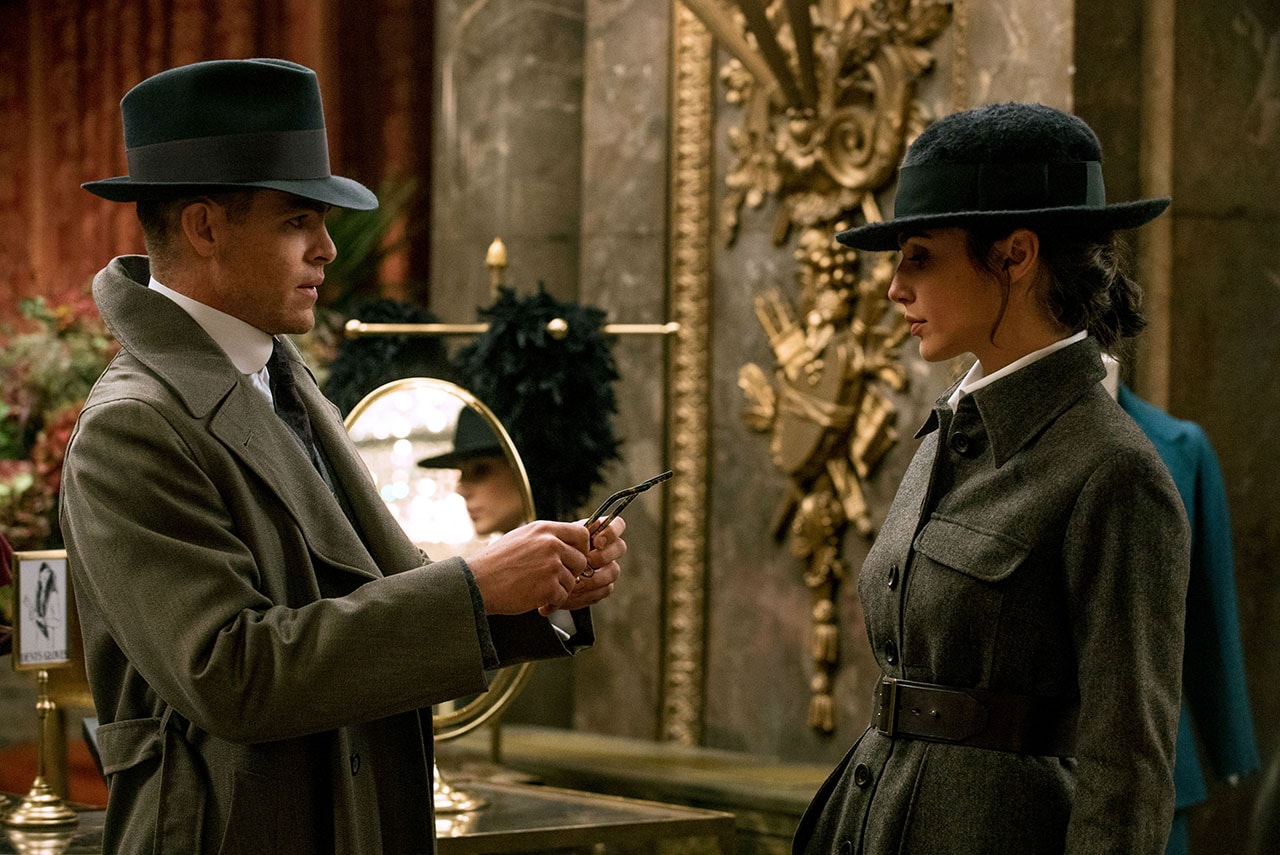 Chris Pine as Steve Trevor, and Gal Gadot as Diana in a still from Wonder Woman
Photo Credit: Warner Bros.

It obviously helps that Gadot is remarkably adept at delivering each facet of her character, be it the stoic warrior persona that’s willing to take on the world, the humanitarian front that pains for the loss of innocent lives, and the childlike wonder of her new experiences. It’s slightly surprising given we’ve not seen such a range from her on Fast and Furious before, but frankly, it’s never been a franchise that’s allowed actors to bring out their acting chops. In Wonder Woman, Gadot’s Diana plays the perfect conduit for our journey into WWI Europe, and we feel everything she does through her eyes. We witness the horrors and delights with her, from the innocent lives lost and the PTSD faced by mortal beings, to her tasting ice cream for the first time.

Wonder Woman doesn’t demand any previous knowledge like the upcoming Justice League later this year, and isn’t bothered with setting up future instalments. (There are no post-credits scenes here, so feel free to leave once the credits roll.) As such, it is free to be its own film and spend all its 141-minute runtime solely devoted to its own storyline and characters. And because it has a much smaller cast to focus on, unlike many contemporaries, it can use that time to develop its core, and breathe from time to time.

The latter comes in the form of the aforementioned dress search, Diana and Trevor talking about the "pleasures of the flesh", a simple dance that Diana prefers to call “swaying”, or Diana awkwardly attempting to measure herself with another woman. The script also lets her have fun with her action moments. In one scene, when she leaps and grabs onto the side of a tower, she smiles her way through as she climbs up by driving her fingers into solid brick. And because it has a female director in Jenkins, Wonder Woman is never filmed from a position to titillate but one of power. She comfortably wields her weapons, and her acrobatic sways, spins and rolls aren't simply for show but a key play in her combat, which calls for hand-to-hand action with enemies that wield all types of guns.

That’s not to say the film is entirely free of problems. The biggest one is the film's third act that threatens to spoil the memory of the first two by receding into the very pitfalls of big blockbusters, namely a CGI-heavy action-laden set piece that pushes the drama into grandiose levels in the name of giving Diana a worthy villain. There's very little originality to the way action plays out, with the two combatants throwing successively bigger objects and more powerful spells at each other until one caves. 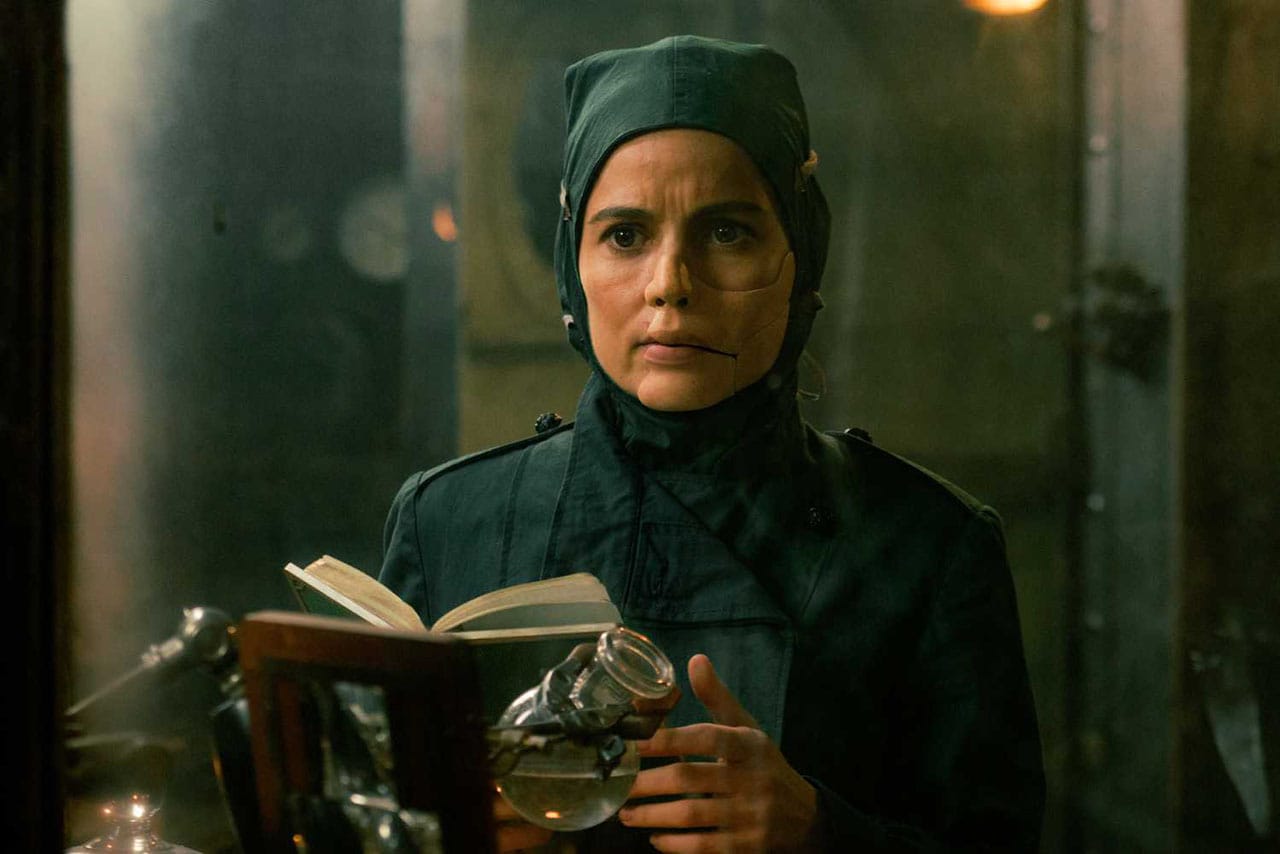 Speaking of combatants, the film’s villains aren’t afforded the same depth as Diana, playing into neat tropes that allow them to play their parts. And the last act also abandons the philosophical and morality-shaking questions it raises in the opening two hours, which neatly chip away at the idea that superheroes can’t just magically right all wrongs, since the difference between good and evil can start to blur out as you learn about the world. Jenkins does a great a job of pushing the idea of a hero, but then eventually settles for all-out action.

Moreover, it's a shame we're stuck with the terrible DC theme music for its new franchise, which underscores the action. Thanks to Hans Zimmer, Nolan’s Batman films had an excellent soundscape to stand on, with some of the best moments of The Dark Knight accentuated by its powerful background music. Though mankind may not deserve Diana, as we're told, Wonder Woman does deserve a better theme to score her films.

Although, those are small concerns in what is ultimately the much-needed first true success for the new DC-Warner Bros. era. For a character that's been around for eight decades, it's a shame it took so long for a big screen solo debut, but its arrival is more than welcome to serve as a wonderful reminder of why we need more diversity amongst our heroes, both on and off screen. Wonder Woman is far from a perfect film, but it’s brave and smart enough to be granted a well-deserved sequel.

Further reading: Wonder Woman, DCEU, Warner Bros
Akhil Arora Email Akhil Akhil Arora covers entertainment for Gadgets 360, interviewing stars such as Christian Bale and Anurag Kashyap, covering series premieres, product and service launches across the globe, and looking at American blockbusters and Indian dramas from a global socio-political and feminist perspective. As a Rotten Tomatoes-certified film critic, Akhil has reviewed over 150 movies and TV shows in over half a decade at Gadgets 360. When he is not completely caught up with new film and TV releases, Akhil ...More
Astronauts Set to Return on Friday After Marathon ISS Mission

product Gal Gadot reprises her role as Diana Prince in the character's first standalone adventure on the big screen, directed by Patty Jenkins.