Evan Rachel Wood as Dolores, and James Marsden as Teddy in Westworld season 2

What does it mean to be free? The question was a big part of Westworld’s first season, created by husband-wife duo Jonathan Nolan and Lisa Joy, as the android-hosts were given the means to free themselves of the trappings of their world, and give them a level-playing field with the human guests, something the Man in Black (Ed Harris) – or an older William if you prefer, as was confirmed in the season finale – had been waiting for years to see. But all their actions leading up to that moment were merely part of the code, thereby turning the idea of empowering oneself into an act of God, so to speak.

The concept of free-will gets further muddled when the show returns – Westworld season 2 premieres Sunday, April 22 on HBO in the US, and arrives on Monday in India on Hotstar – now that the human overlords have been overthrown, and some of the androids have gained consciousness and the ability to act on their own. Whether they’re truly free is still a mystery, but they’re definitely in charge of the show’s narrative, if not their own. Like the first season, Westworld continues to intercut between multiple timelines without any mention, though some are easier to place now that we’ve been let in on a few secrets.

The new season has four primary threads: Bernard (Jeffrey Wright), Dolores (Evan Rachel Wood), Maeve (Thandie Newton), and old William, apart from several asides that give us a look at parallel happenings, and the early days of Westworld. Each of the four have a very different role to play in the new status quo, though their paths do cross at certain times. Dolores seems the clearest about her goal; when Bernard asks what she wants, early in season two, she replies matter-of-factly: “To dominate this world.” She’s got revenge on her mind, and with help from Teddy (James Marsden) and a group of faceless men, her path involves laying waste to whatever gets in her way, human or android.

For Maeve, it’s all about finding her daughter, as she had decided at the end of the first season. To help her do so, she recruits – or rather, coerces – the park’s narrative director Lee Sizemore (Simon Quarterman), in addition to teaming up with the gang leader Hector (Rodrigo Santoro) and Armistice (Ingrid Bolsø Berdal) on her journey, which takes them briefly into Shogun World, where Maeve and co find a lot more than the Edo-period way of Japanese life. Bernard, meanwhile, is having trouble telling memory from reality owing to killing himself. And at the same time, he must keep it together to not give away his android status to the park’s security.

That leaves the Man in Black, whose narrative seems thinnest in Westworld’s second season, as he’s trying to find an old game with the help of Lawrence (Clifton Collins Jr.), while encountering some new characters along the way. In fact, it’s his backstory that gets more screen time. The show explores the origins of his involvement when he was younger (Jimmi Simpson), along with that of his brother-in-law Logan (Ben Barnes) and father-in-law James Delos (Peter Mullan), a new addition to the cast. The relationship between William and James is of particular focus in one episode, and it helps cement the former’s obsession with Westworld.

James isn’t the only new character who gets an extended focus in season two. Thanks to Shogun World getting its own episode, there’s plenty of time for a geisha Akane (Rinko Kikuchi), her daughter Sakura (Kiki Sukezane), and a ronin Musashi (Hiroyuki Sanada), through which Westworld creates some comedic and poignant parallels, in addition to making great use of the new setting, costumes, props, and weapons to instil a new flavour to the show. And then there’s Katja Herbers (Manhattan), who plays a seasoned guest, and seems to have an increasingly important role as the season reaches its midway point. 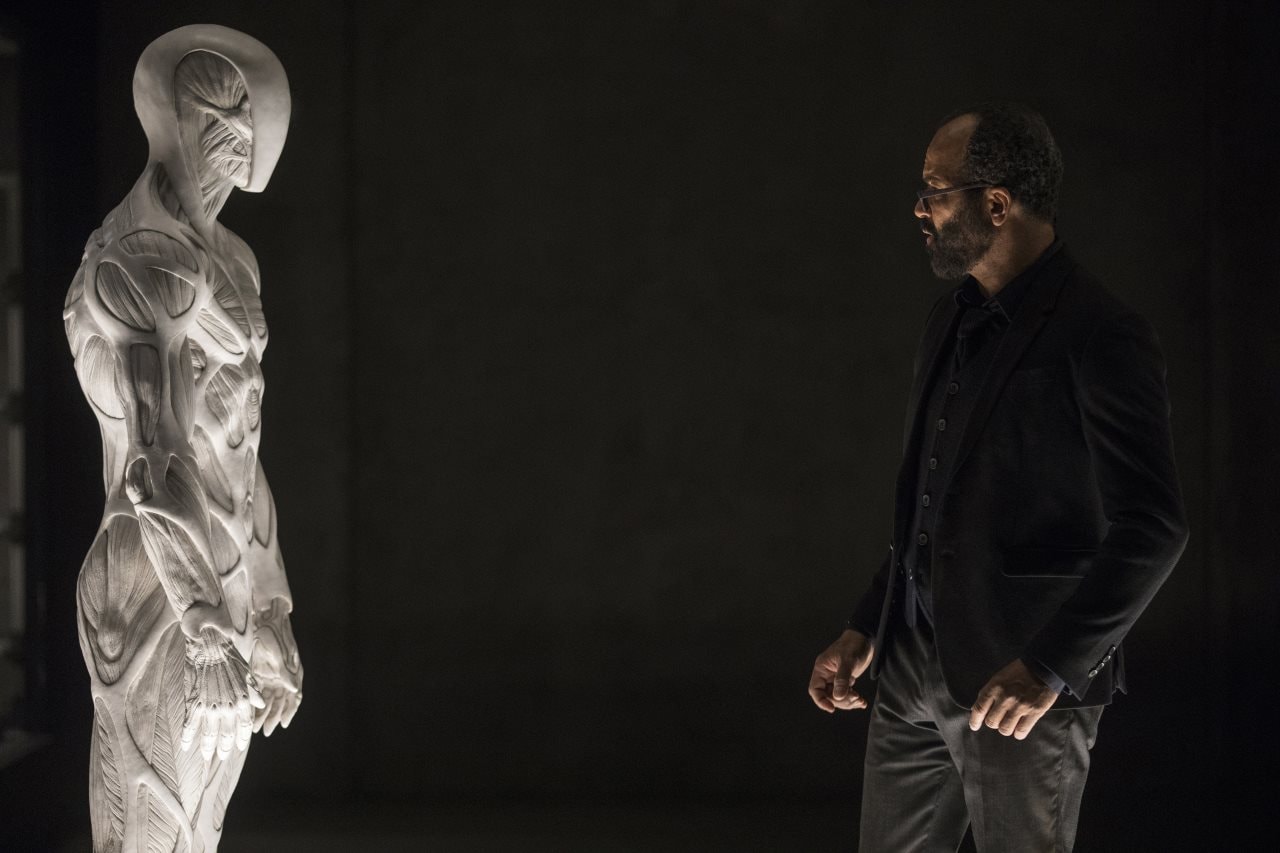 While Westworld branches out into new territories, both figurative and literal, in the second season, it maintains the slow and deliberate pacing that polarised viewers the first time around. Some may see it as invitation to think about what the show’s trying to say, sometimes in a philosophical sense through two characters just talking and sharing anecdotes, and at other times, catering to basic pleasures by making heavy use of blood and gore. Others may be put off by the glacial nature of the storytelling, which translates into more than one 70-minute episode, and entirely skips out on Dolores and Bernard alternatively.

It’s a testament of the ensemble’s strength that Westworld remains engaging throughout, with Wright, Wood, and Newton – in addition to the several newcomers and returning cast, and a fascinating guest star in one episode – delivering some of the best work currently on television. Wright played two different characters with minimal differences in season one, and he’s now got the task of playing someone who’s coming to grips with the new world while he’s unspooling. Wood has the added challenge of conveying pre- and post-consciousness in different time periods, and it’s great to see her switch between the innocence and the fury. 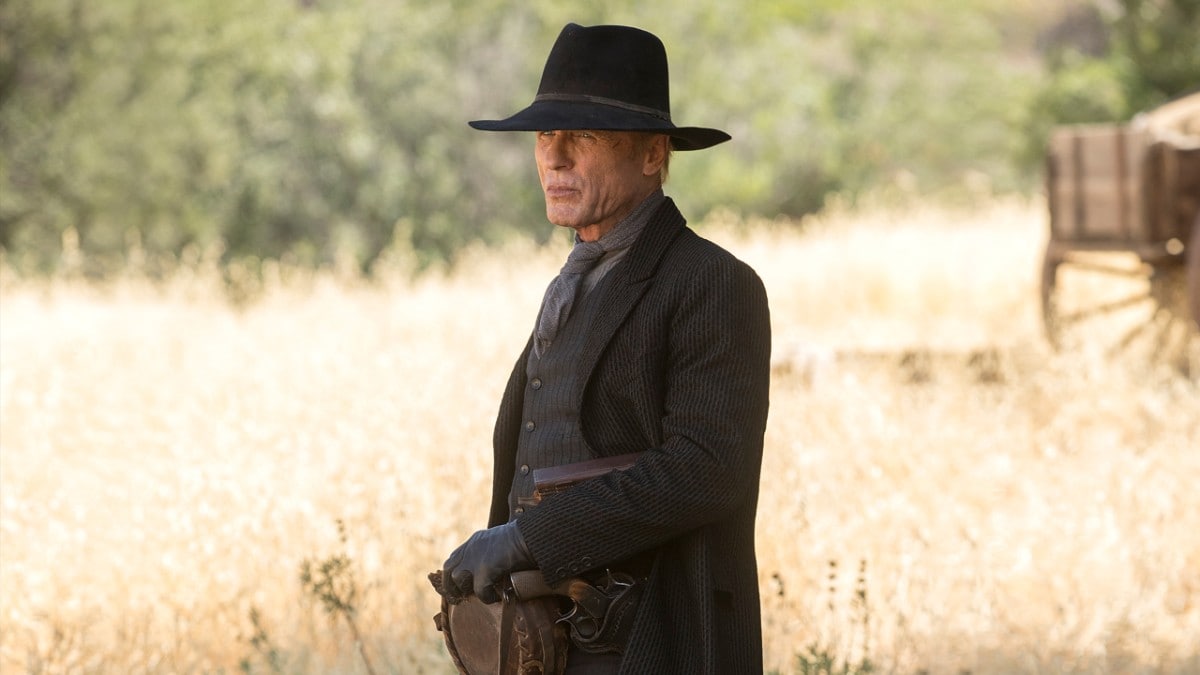 But the more important switch, in terms of the Westworld theme park itself, is that the stakes are now real. In season one, the guests were untouchable and the hosts rotatable fodder that could be brought back if needed. Now that the park management and board members have all but disappeared (read: died), the guests are fair game, and every bit of violence on screen simply feels more real. No one is more delighted with this change than the Man in Black, of course, and it gives every scene more immediacy and emotional resonance. Dolores is responsible for a large part of it, and though are actions are rooted in vengeance, they don’t help make her empathetic.

With that, Westworld seems to be saying that living beings are always a product of the world they live in. The hosts’ anger stems from how they’ve been treated for decades, and they are merely returning the favour for everything the guests and the makers did to them in the past. The show’s second season brings up the question of what the newly-conscious androids will do with their freedom, and though one hopes the new world Dolores speaks of will be a better one, the answer for now involves a lot of bloodbath. Violent delights, violent ends.

Westworld season 2 premieres Sunday, April 22 on HBO. In India, it’ll be available the following Monday on Hotstar, and on Star World starting August 24.

Further reading: Westworld, HBO, Hotstar, Star World
Akhil Arora Email Akhil Akhil Arora covers entertainment for Gadgets 360, interviewing stars such as Christian Bale and Anurag Kashyap, covering series premieres, product and service launches across the globe, and looking at American blockbusters and Indian dramas from a global socio-political and feminist perspective. As a Rotten Tomatoes-certified film critic, Akhil has reviewed over 150 movies and TV shows in over half a decade at Gadgets 360. When he is not completely caught up with new film and TV releases, Akhil ...More
Apple HomePod Rumoured to Get a Cheaper Version by Year-End
How Facebook Ads Target You