Death is everywhere in Westworld. And for good reason, it’s the biggest difference between the hosts and the guests on the show. It’s what drove the Man in Black (Ed Harris) to launch his immortality project, which studied and saved every behaviour of the guests during their time in the park. Where the big thing for season 1 was Westworld co-creator Robert Ford (Anthony Hopkins) to make the hosts like the guests (to have agency), the big reveal of season 2 was that eventually the guests would end up like the hosts (to live forever). Though Ford wasn’t pleased with the interference it caused with his own mission, he understood the drive and gave himself to it in the end. “Every piece of information in the world has been backed up, copied,” he said earlier in the season. “Except the human mind. The last piece of analogue technology in a digital world.”

But death is also impermanent and reversible on the show, which lessens the impact of characters dying. While human characters being killed off carries some heft – Westworld lost nearly all of them in season 2, including Charlotte (Tessa Thompson), Elsie (Shannon Woodward), Sizemore (Simon Quarterman), and Emily (Katja Herbers) – that’s rarely the case with the hosts. Both Bernard (Jeffrey Wright) and Dolores (Evan Rachel Wood) killed each other once before resurrecting them later, with the latter claiming they need each other to survive. Dolores’ violent transformation of Teddy (James Marsden) made him kill himself owing to his new personality clashing with his core identity. And though it seemed like Dolores accepted his passing and uploaded him to the digital heaven, what are the chances that one of those grey brain balls Charlotte-Dolores (let’s call her Charlores from now on) smuggled out of Westworld has Teddy in them? 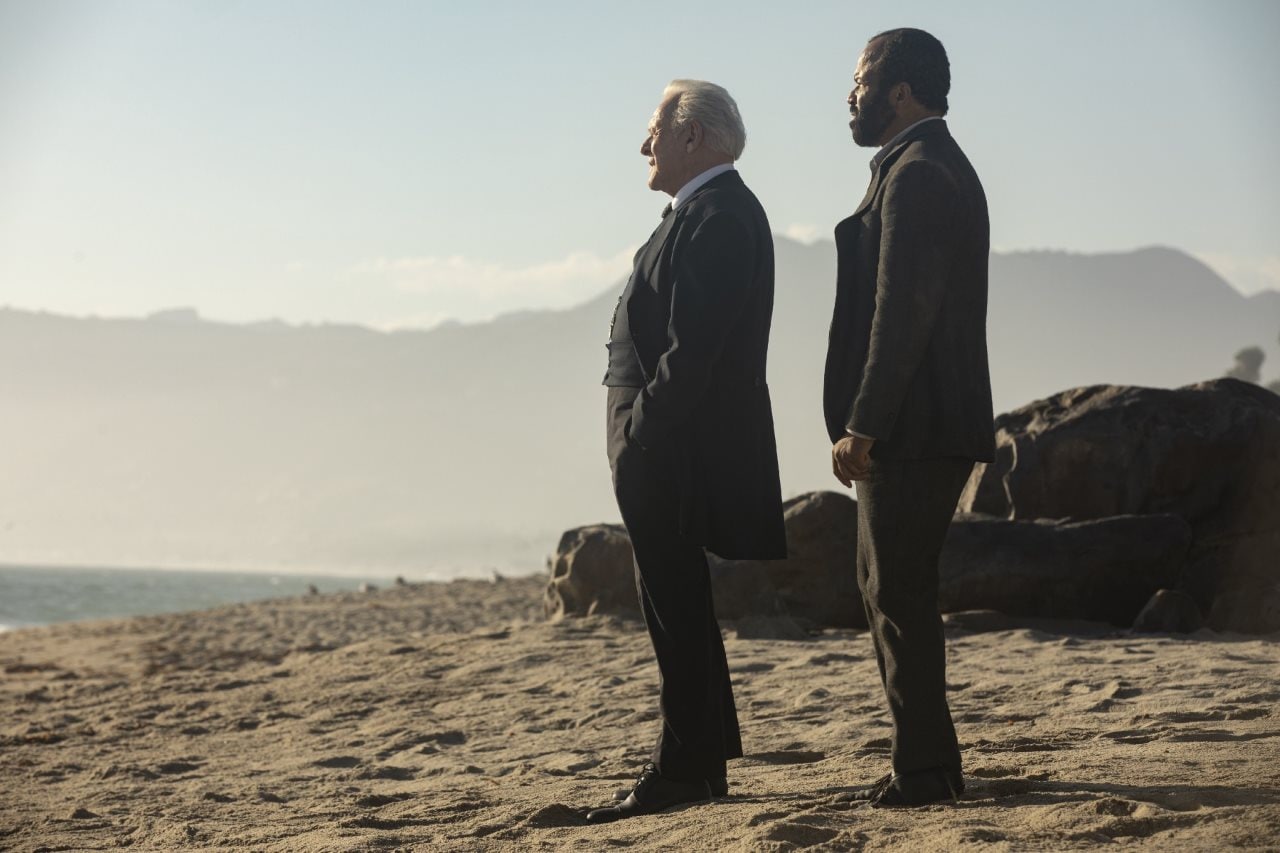 That big twist of Westworld’s season 2 finale – Bernard transferred Dolores into an android-copy of Charlotte, and then scrambled his memories to confound the park security – gave us the answer to two big questions: the timeline of Bernard and Dolores’ chat in the basement, which conveniently looked just like the one inside Westworld; and why the second season was told out of order, to keep audiences in the dark. This latter aspect, of Westworld arranging things to look and feel exactly like from a different time, is a deliberate move on the creators’ part to (further) confound the viewers. It’s why Bernard and Arnold wore the same clothes in season 1, and it’s been extended in more and more directions ever since, possibly including the post-credits scene in the finale.

In interviews, co-creator Lisa Joy has said that the scene takes place in the “far, far future” – it’s why the server room he ends up in looks deserted – and confirmed that’s a host version of Emily (Katja Herbers), though she wouldn’t commit to a straight answer when it came to her father. Given host-Emily says they are testing for “fidelity” with the Man in Black – the cruel-irony parallel being he did the same with his father-in-law James Delos (Peter Mullan) – living through that tragic day of losing his right hand over and over, it seems like the show is hinting at an evolved form or an advanced hybrid. Of course, it’s impossible to know because we don’t have the requisite scenes in between to understand it properly, which is right where the writers want us heading into the unknown gap till season 3. 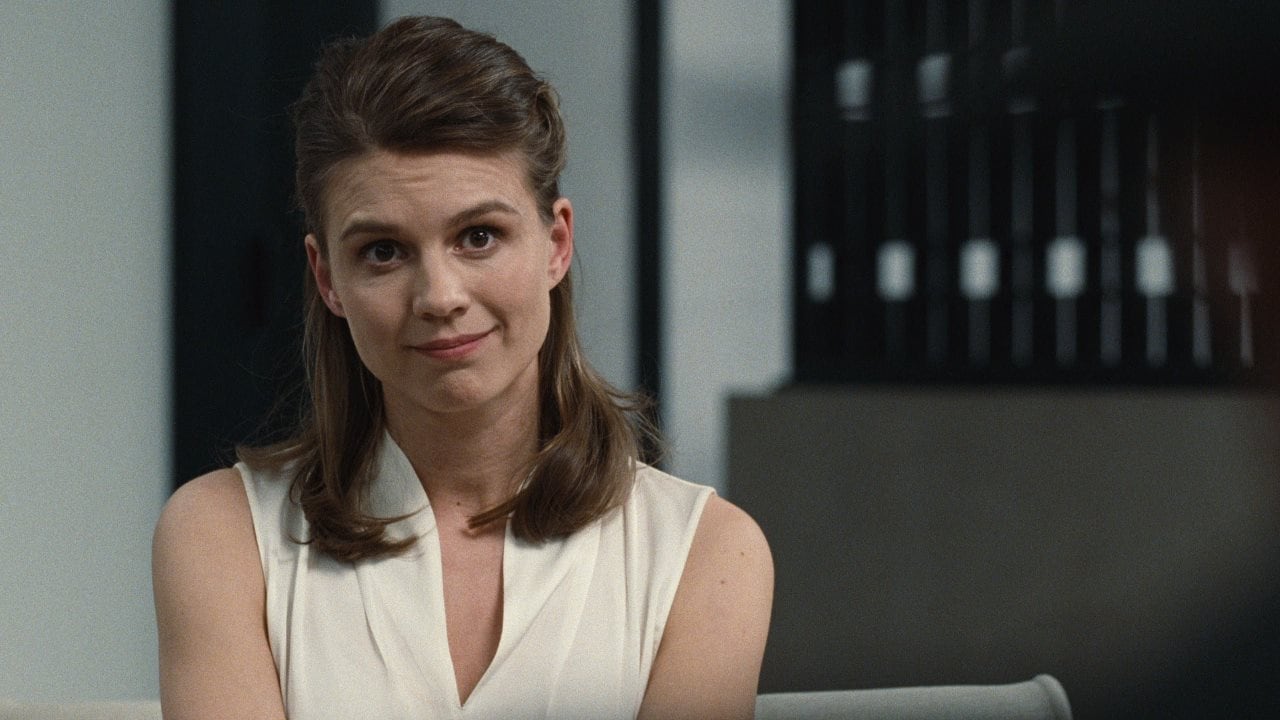 But the larger problem of making story choices that keep the audience in various stages of confusion is that it affects the show’s individual episodes, some of which were emotionally gripping but didn’t contain a lot of plot, even keeping its characters frozen in place. That was the case with Maeve (Thandie Newton) for the latter half of season 2, with the only reason of her being on the operating table so Westworld could bring its other chess pieces to the positions they needed to be in for the finale. Even one of the best episodes – “Kiksuya” – that deepened the background and journey towards consciousness of Akecheta (Zahn McClarnon) in a heart-breaking fashion, and was a rare storyline delivered in a linear format, ended up filing in the backstory of Westworld itself more than looking into the person he became.

What made it so captivating was McClarnon, who conveyed so much with every twitch of his eye and imbued the episode with melancholy. The acting prowess of its ensemble cast is Westworld’s biggest asset; the range brought to their transformations in season 2 was astounding, be it Wood’s full-bloodied turn into the show’s purest villain, Newton drawing from the well of compassion in those Shogun World scenes and seeing her daughter again, Harris revealing the layers of pain and hurt in those flashback moments and being surprised by his daughter’s arrival, or Marsden’s pivot into cold-hearted henchman visible through every fibre of his body. 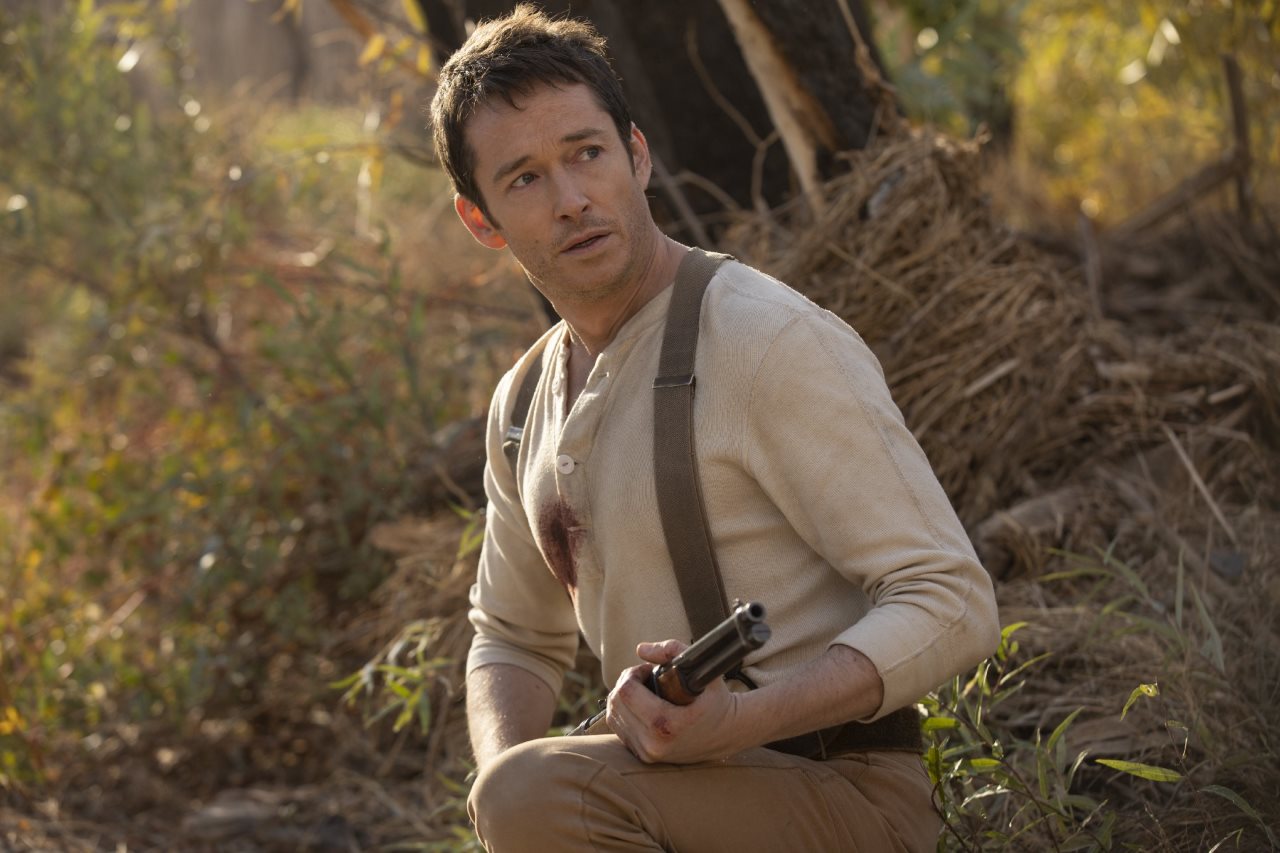 Its storytelling methods and characterisation can use some work, though. Westworld relies on its convoluted narrative techniques for pure obfuscation reasons, and there’s a genuine lack of affective relationships. The friendship between Maeve and Sizemore was one of the only genuine human-android connections on the show, because it was borne not out of a self-serving nature but an acceptance of each other’s humanity. But that’s now gone thanks to the writers, with Sizemore going out in a blaze of glory – honestly, how much time was he able to buy her anyway? – while Emily’s death in the penultimate episode also took out a father-daughter subplot that had some weight to it.

Of course, that has never stopped Westworld from bringing back its characters in some other form. Ford died in the season 1 finale, but still played a part in Bernard’s journey in season 2. And surely the two-man clean-up crew Sylvester (Ptolemy Slcoum) and Felix (Leonardo Nam) – are they the only human characters left? – will bring Maeve back who might just find a way for Sizemore, and host-Emily already exists in the ‘far, far future’. The show could reverse much of what it did. And yet, the season 2 finale introduced us to some exciting possibilities, as Dolores, Bernard, and Charlores arrived in the real world. (Blade Runner, anyone?) Westworld has repeatedly emphasised that people should be able to write their own story, and now they are finally free to do so.