War for the Planet of the Apes: A Fitting End to This Decade's Best Trilogy

Andy Serkis as Caesar flanked by Maurice, Rocket, and Luca in a still from War for the Planet of the Apes

But the ape leader has troubles of his own. Directed by Matt Reeves (who also worked on the first sequel), off a script penned by Mark Bomback and Reeves, the third chapter of the Planet of the Apes reboot trilogy, is a dark, pessimistic study about the burden of power on Caesar as he struggles with providing a secure future for his kind. Fifteen years have passed since the “simian flu” virus was first introduced, and War for the Planet of the Apes makes use of another time jump to propel its story.

Alerted at the end of Dawn, a section of the US Army has been searching for Caesar for years. Hunted and pushed by the humans, Caesar's son Blue Eyes (Nick Thurston) and his loyal aide Rocket (Terry Notary) have located a paradise across the Californian desert that they believe will put them out of harm's way. But they've grown in numbers in the intervening years, which means they will need to plan their exit if they wish to cross safely. Unfortunately, a sneak attack led by a man named the Colonel (Woody Harrelson) puts a heavy price on their delay, especially for Caesar.

Though it has ‘war’ in its name, the film is more of a Western enveloped around a prison escape, and less of an outright war film. In interviews, Reeves noted that he was broadly inspired by the likes of The Bridge on the River Kwai, and The Great Escape, and War for the Planet of the Apes makes enough references to Apocalypse Now. Most of the early scenes have a Vietnam War-feel to them, Harrelson channels his inner Marlon Brando as his character shaves his head with a straight razor, and a tunnel graffiti reads Ape-ocalypse Now. 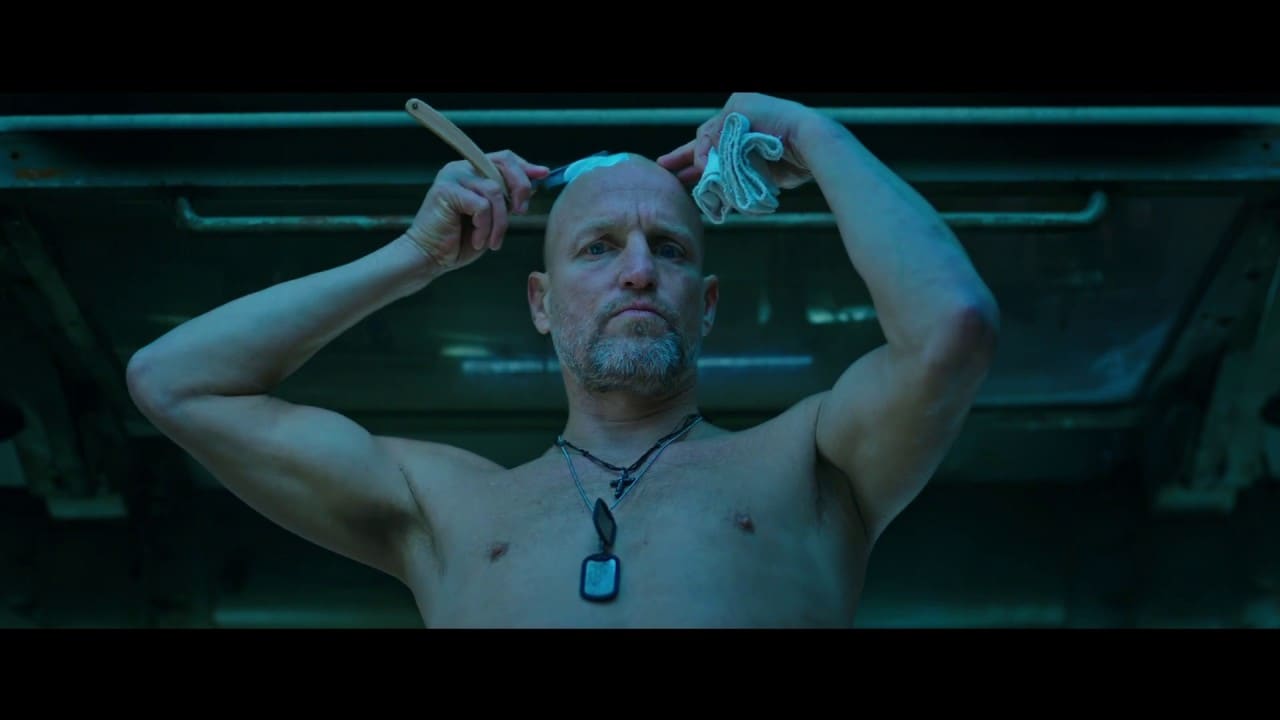 Woody Harrelson as the Colonel in a still from War for the Planet of the Apes
Photo Credit: Fox/YouTube

But War for the Planet of the Apes isn’t an insipid homage to Francis Ford Coppola’s great work like this year’s King Kong reboot. It’s got a meaningful story of its own, one that builds on the sturdy work of its predecessors in a powerful fashion, and deepens many of the series’ allegories in the process. Rise was a cautionary tale about playing with nature and accepting the results of our own creation; Dawn showcased the mistrust borne out of prejudices and the problems of coexistence; and War is about the irredeemable gulf that opens due to fear of the other.

Better yet, Planet of the Apes has never been simply about two factions in violent conflict, something one too many summer blockbusters fail to grasp. Through its focus on Caesar and the apes around him – Koba (Toby Kebbell), Maurice (Karin Konoval), and Blue Eyes among others – it has commented on the importance of family, and how people are willing to do anything to protect them.

In Rise of the Planet of the Apes, Will (James Franco) didn't want anything to do with a baby ape at first, as he was driven by developing an Alzheimer's drug for his ailing father. Even as he grew attached to Caesar and accepted him as part of the family, what drove him was to develop a cure for his father, which led to the virus that went on to wipe most humans off the planet.

In Dawn of the Planet of the Apes, Caesar too was driven to care for his family. He ignored the resentment and concerns of his own people (mainly Koba) because the humans – Malcolm (Jason Clarke) and Ellie (Keri Russell) – helped save his ailing wife. That eventually led to the war that now surrounds them.

In War for the Planet of the Apes, [minor spoiler alert] Caesar seeks a better future for his family, but he’s led astray after the Colonel guns down his wife and his son. Now out for vengeance for his family, Caesar in fact abandons his own principles to go on the hunt for the man who killed them. His fury blinds him to the errors of his ways, and he pays a heavy price for his troubles, including getting his people captured and put to slave labour.

The franchise has also revolved around the themes of pain, injustice and forgiveness, as well as forming a moral code and identity for a civilisation struggling to survive in its first steps. Through the three Planet of the Apes chapters, we have seen how different groups fail to trust one another once the first blow has struck. In Dawn, it was an ape in Koba – bearing a grudge for human’s experiments – who started the war, but as Caesar noted, it would be humans who would end it. As long as a tougher species exists out there, humans' fear of them would compel them to wipe them out.

Though Koba was struck off for his insolence, his presence – or rather what he represented – hangs heavy on the film. Caesar's actions in War mirror how Koba would've reacted, and he’s quick to brush off the comparison, more so because he’s been left scarred by what he was forced to do. It went against a principle that serves as the cornerstone of his new civilisation – “ape not kill ape” – and the memories continue to haunt him in his darkest moments.

War for the Planet of the Apes isn’t without faults. The film suffers from pacing issues in setting up its premise, and most of that has to do with bringing in new characters: Harrelson's Colonel, and the power he exerts; a mute human girl (Amiah Miller) that Maurice adopts, who is suffering from the slow onset of a mutated virus; and a new talking ape who calls himself Bad Ape (Steve Zahn), who’s meant to provide some comic relief. In developing this new supporting cast, the film tends to trip over itself and loses its early forward momentum.

Plus, the visible lack of important female characters continues in the franchise’s third instalment, either on the side of apes or humans. Although the inclusion of Miller is a nice touch as it shows that the two species can co-exist, War robs her of any further contribution by rendering her speechless. And a severe lack of female ape leaders shows that even this new society is headed for a patriarchal system, a frankly disappointing facet for a franchise that has been so bold elsewhere. 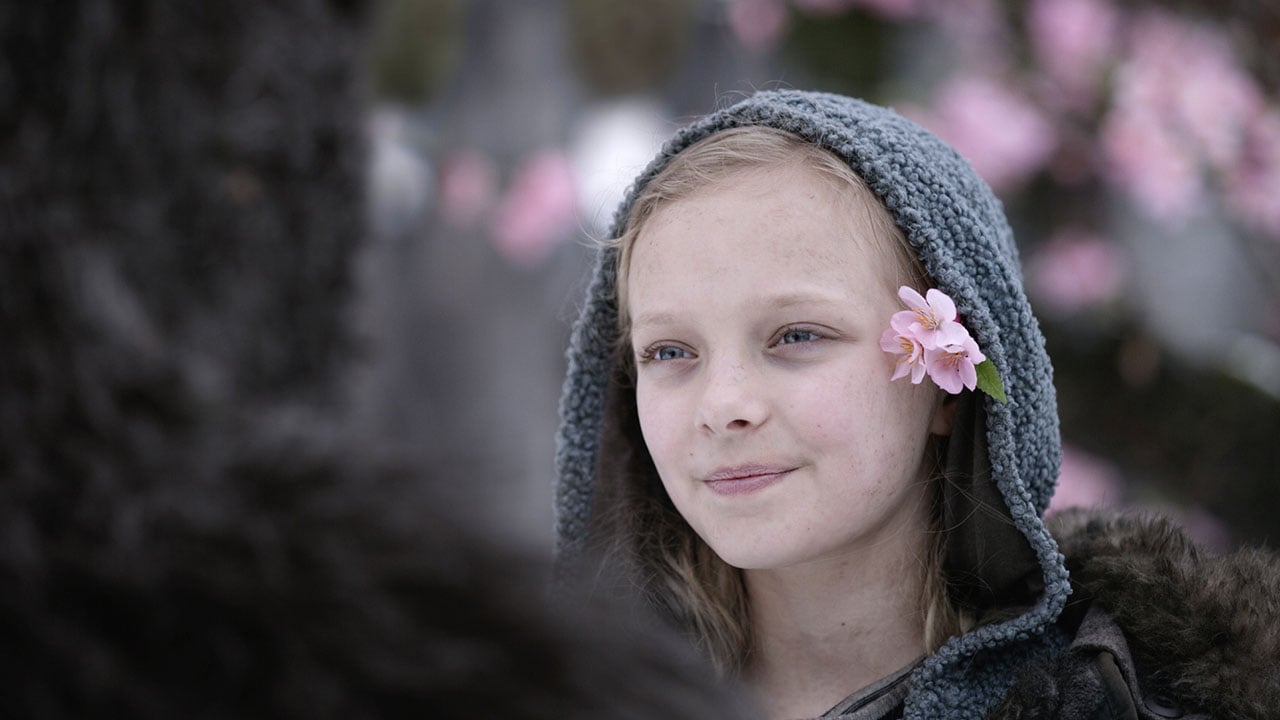 Amiah Miller as a mute human girl, who Maurice names Nova, in a still from War for the Planet of the Apes
Photo Credit: Fox

Visually, both in-camera and effects wise, War for the Planet of the Apes is as marvellous as they come. Serkis has made a career out of motion-capture performances, with Gollum in The Lord of the Rings, King Kong in the Peter Jackson film, and Snoke in the new Star Wars. Caesar has been one of his most memorable roles, set aside the fact that most people don't know what he looks like. It's not an exaggeration to say that Serkis is once again fantastic in War, and it's his range that allows you to connect so deeply with a non-human character.

It helps obviously that he's been the only constant across the series, with primary human roles rotating with each instalment. That in combination with the writing has given him a formidable character arc. Rise was his coming-of-age tale, in which his distaste for the treatment meted out to apes pushed him to stand up and free them from their chains. In Dawn, he was a leader and a family man who tried his best to navigate a minefield of sorts. His failure in balancing the two led to an extended conflict. And in War for the Planet of the Apes, Caesar goes through personal hell as a man on a mission, before coming to his senses and pushing for the greater good.

That the story ultimately transcends our hero – the trilogy has always made it easy to root for the apes – is more than fitting. With Caesar virtually powerless for much of the film’s midsection, it’s the other apes along with the human girl who help guide the way. In doing so, War for the Planet of the Apes builds on a central tenet – “apes together strong” – and sends out resonating values that we can all learn something from.

Further reading: War for the Planet of the Apes, Planet of the Apes, Fox, War of the Planet of Apes Movie Review
Akhil Arora Email Akhil Akhil Arora covers entertainment for Gadgets 360, interviewing stars such as Christian Bale and Anurag Kashyap, covering series premieres, product and service launches across the globe, and looking at American blockbusters and Indian dramas from a global socio-political and feminist perspective. As a Rotten Tomatoes-certified film critic, Akhil has reviewed over 150 movies and TV shows in over half a decade at Gadgets 360. When he is not completely caught up with new film and TV releases, Akhil ...More
Castlevania on Netflix Is Nothing Like the Video Game You Remember
Moto Z2 Force Launch Teased for July 25 Event

product In the War for the Planet of the Apes movie review, we discuss Andy Serkis' return as ape Caesar, as he goes up against Woody Harrelson’s Kurtz-inspired Colonel.

War for the Planet of the Apes: A Fitting End to This Decade's Best Trilogy
Comment