The only people it’s likely to haunt is its makers.

Ravi Anand and the Ghost Club in Typewriter

Midway through the fifth and final episode of Netflix's newest Indian original series Typewriter, a character notes that a blood moon has risen in the sky, as the visuals depict the very thing. If it wasn't annoying enough in itself for flouting the “show, don't tell” rule, it's made much more so by the fact that the blood-moon bit is brought up ad nauseam on Typewriter, with nearly every character noting how it's crucial to the supernatural villain's plan. Long before this nth occurrence crudely hammers home that point, you'll want to bang your head against the wall. Unfortunately, that's far from the only problem with Sujoy Ghosh's (Kahaani) horror series, which he directed in full and wrote in part.

The much bigger — and more important — failing for Typewriter is that it's so laser-focused on its plot and central mystery that it forgets why audiences enjoy TV shows. With long-form entertainment, the draw isn't the content, though that certainly has a role to play, but rather the characters, including their arcs and the journeys they go on. The best series are those that offer meaningful and believable progression for its characters, and the dynamics and relationships they share. And they largely do that by showing you impactful events and conversations from their lives. But Typewriter has no idea how to go about doing any of that, save for some half-earned attempts with the aforementioned villain.

An additional hindrance is the performance of most of the cast. Through a combination of their own shortcomings, uninspired direction, and shoddy writing — Ghosh worked with his Kahaani co-writer Suresh Nair — Typewriter is even more of a subpar experience. Except for Purab Kohli (Rock On!!) and Aarnaa Sharma, who play a small-town cop and his nine-year-old daughter respectively, none of the other actors are memorable in the slightest, but that's also because those two are much better served by the lacklustre script than the rest.

Typewriter opens in 1980s Bardez, Goa, as it introduces a supernatural mystery that's tied to a popular author called Madhav Mathews (Kanwaljit Singh) and his grand-daughter Jenny. It then jumps to present day, as a grown-up Jenny (Palomi Ghosh) moves back to her ancestral Goa home, Bardez Villa, with her family. This accelerates the rumour engines of the idyllic town and the curiosities of the self-proclaimed Ghost Club — the wily Sameera “Sam” Anand (Sharma), the spectacled and smart “Bunty” Banerjee (Palash Kamble), and the dim-witted Satyajit “Gablu” Tandon (Mikhail Gandhi) — as the house Jenny & Co. move into is believed to be haunted.

Though ol' Madhav officially died of a heart attack, local legend goes — and in turn, the Ghost Club kids believe — that something more sinister was at work. The children think it's all tied to the last book Madhav wrote before his death, The Ghost of Sultanpore, which speaks of a titular shape-shifting entity. To confirm their suspicions, they plan to capture said ghost at Bardez Villa, with the willing help of new kid Nick Fernandes (Aaryansh Malviya), Jenny's younger kid who's also a “wannabe ghost hunter” and a big fan of his great-great-grandfather's book. There are several hurdles, including school, Sam's dad Ravi Anand (Kohli), and Amit Roy (Jisshu Sengupta), a mysterious man posing as a math teacher.

Soon after Jenny & Co. start living in Bardez Villa, the people of the small-town start to die under mysterious circumstances. For the Ghost Club, it's a sign they are on the right track, even as the adults around them largely scoff at their explanations. But as Ravi begins his own investigations into the deaths, he realises there's more to it, some of which goes back decades. Typewriter is mostly set in present day, but it includes flashbacks to two different time periods — the 1950s and 1980s — as it progresses, expanding on the background of its supporting characters. 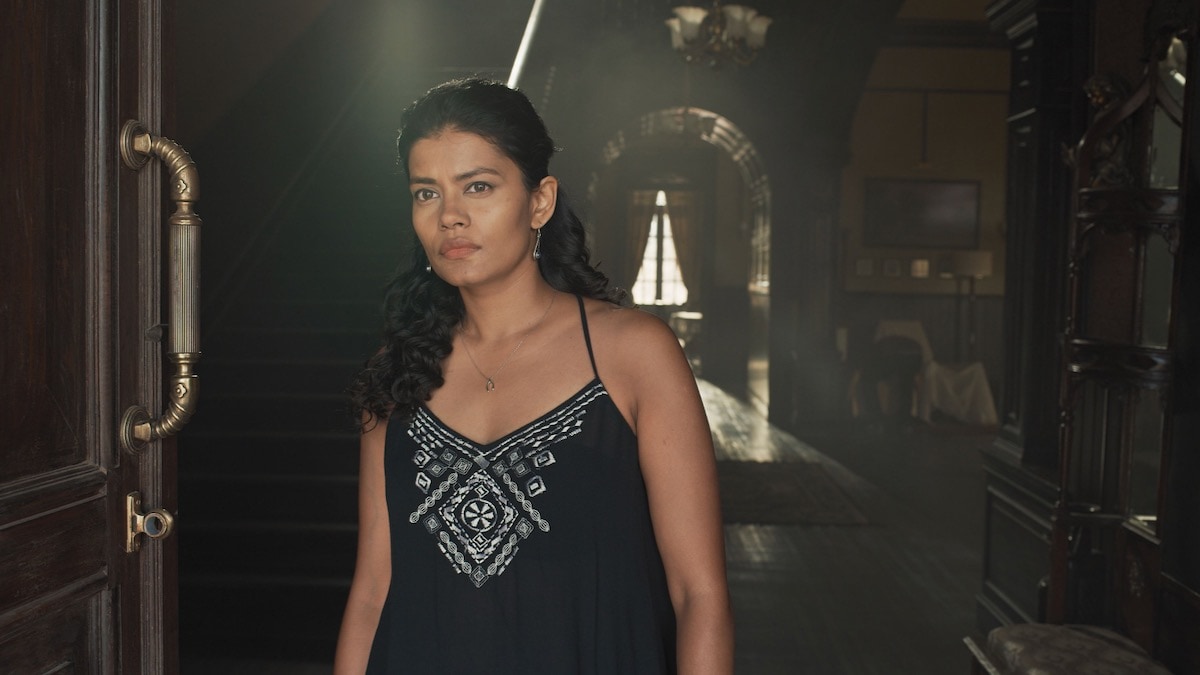 Typewriter sticks to genre conventions and regurgitated storylines for the most part, with the only flickering of interest present in the small moments, when the kids aren't dealing with strange happenings but much more relatable stuff. That could be wanting to talk to their dead mother or trying to convince their friends' parents to not send one of them to boarding school. The best of the lot appears late in the second episode, as the Ghost Club are forced to be creative and find ways to get off early from school. Ghosh is clever enough to draw from heist films in designing the sequence, which makes it both humorous and fun, something that's sorely lacking elsewhere.

All the other instances of comedy in Typewriter are obvious comic relief, delivered with the help of characters whose sole purpose is to infuse a bit of lightness into the proceedings. But they aren't the only characters that are wasted on the Netflix show. Some characters are dragged in simply to show the human villain's power and capabilities, while others seemingly exist to give supporting characters a farce of a plotline which goes nowhere for 300 minutes. Meanwhile, other characters part of the flashbacks suffer even worse of a fate, as their scenes feel like they have been lifted off a late-night Indian cable horror drama, complete with poor CGI, unnatural acting, and a generic background score.

The technical faults are visible in other parts of Typewriter as well. That includes a bit of green-screen work that is notably obvious in the first episode, and a continuity error a couple of episodes later, wherein Jenny rolls up the window of her car two seconds after we are shown that it was already fully rolled up.

And Typewriter also belies a complete lack of self-awareness in today's post-modernist era, as made evident by another small moment in the final episode. It leans into an action movie trope, which was accidentally subverted by Raiders of the Lost Ark, and cleverly so in Captain Marvel. In doing so, Typewriter comes across as outdated. 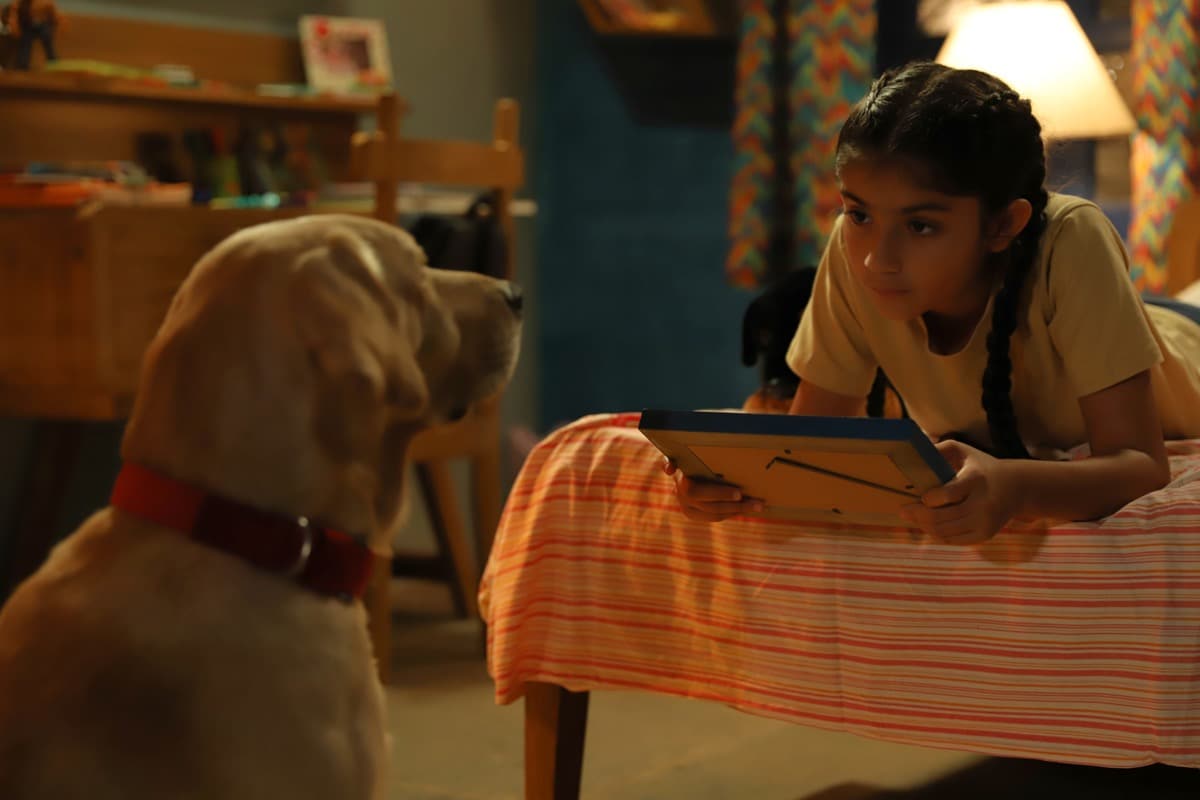 Though the horror genre continues to produce straight-up scare fests, it has expanded beyond its old school techniques for over two decades now, and increasingly delivers in-depth storytelling. Get Out explored racism through the vein of horror, A Quiet Place was about the fears of parenting, and closer to its Netflix series home, Stranger Things is a coming-of-age tale wrapped up in a supernatural mystery. And even as Typewriter has some of the latter's ingredients, it has none of its soul, charm, or intrigue.

Ultimately, it all combines to make up thoroughly substandard horror fare, which attempts to laugh at The Conjuring without realising its own failure to scare the viewer, let alone do something more.

Typewriter is out now on Netflix worldwide.

Further reading: Typewriter, Netflix, Netflix India, Sujoy Ghosh
Akhil Arora Email Akhil Akhil Arora covers entertainment for Gadgets 360, interviewing stars such as Christian Bale and Anurag Kashyap, covering series premieres, product and service launches across the globe, and looking at American blockbusters and Indian dramas from a global socio-political and feminist perspective. As a Rotten Tomatoes-certified film critic, Akhil has reviewed over 150 movies and TV shows in over half a decade at Gadgets 360. When he is not completely caught up with new film and TV releases, Akhil ...More
Marvel’s Avengers Beta to First Hit PS4, Gameplay Video Out in August — San Diego Comic-Con 2019
His Dark Materials Trailer Offers a Glorious Look at Its Fantasied World — San Diego Comic-Con 2019

product Typewriter, the latest Netflix web series from India, follows a bunch of kids as they try to capture a ghost in a haunted house in small-town Goa. Sujoy Ghosh is the director.