Today, the Transformers franchise stands for rather poor storytelling and acting, and extremely detailed giant robots that punch, kick and shoot at each other in a series of ever-growing explosions. So it's perhaps no surprise that the latest film in the series continues this tradition. Transformers: Age of Extinction is, however also a great looking film, and some of the early scenes in particular stand out for their amazing use of 3D effects.

For much of the movie, the 3D is used to make things "pop" out of the screen, but the first few scenes show that the filmmakers also use 3D to draw you into a scene, by establishing depth, to tremendous effect. And this is something that is done subtly throughout the film.

The downside though, is that the film also feels like a technology demo at times - it goes out of its way to set up scenes where you will hear sounds bouncing around the hall, for instance, to showcase the Dolby Atmos technology being used to deliver 3D positional sound. This is done very blatantly a couple of times in the film. Similarly, a lot of shots are filmed at an uncomfortable perspective just to maximise depth, and make use of the 3D effects possible. Watching Transformers: Age of Extinction, we couldn't help but feel that this would seem a completely different movie if seen in a 2D hall with regular surround sound. 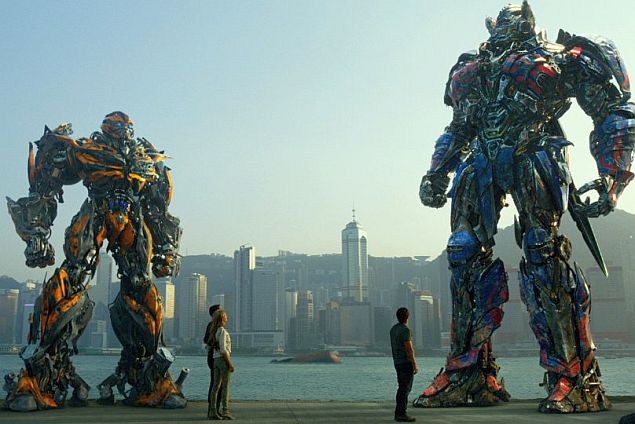 We watched the movie courtesy of Dolby at Delhi's Sapna Cinema, the second cinema in the city to get a Dolby Atmos system set up, and based on that experience at least, we came away thoroughly impressed with the film's technical achievements.

One of the most wonderful segments actually takes place pretty early in the film - there's a scene where Mark Wahlberg and his family are being chased by the CIA, while a damaged Optimus Prime is being simultaneously chased by Lockdown, a strange robot mercenary who works for the "creators", the beings who made both the Autobots and the Decepticons, the heroes and villains of the first three films in the franchise.

In this sequence, you get an amazing visual moment where the human chase is taking place on the ground level, and you can see the cars zoom by, and clearly make out the people in them, while in the foreground, the two giant robots are fighting on top of a building. 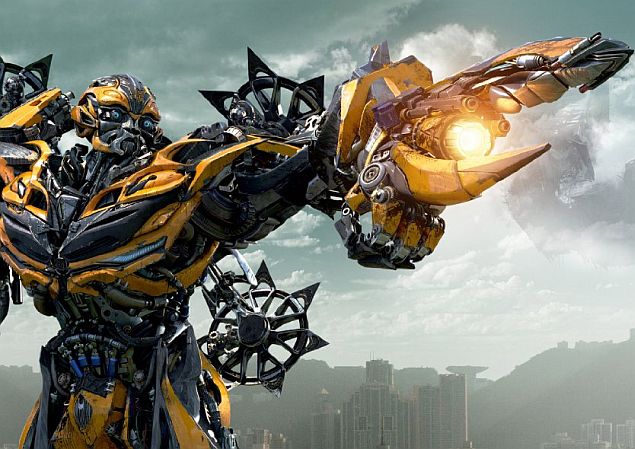 The movie actually continually makes great use of 3D, and for the most part, avoids the shaking handheld camera effect that has become the standard trope for this kind of film. There are still a lot of close cuts, which can be a little disorienting, but overall, the action is pretty easy to follow, and much of it is great.

However, the film loses steam and feels like it is pulling at too many threads, in terms of the story. Some of the decisions, like setting a lot of the action in China, feel mandated by the requirements of the production, and not the story. Giving Mark Wahlberg some action hero moments where he essentially saves the day by getting Optimus nearly killed feel like the result of having a big star demand that his role be beefed up. But perhaps most baffling is the treatment of Grimlock.

The trailers for the movie would have made it clear that Grimlock is in this movie. There's a great shot of Optimus punching a giant dinosaur robot right in the face, and jumping on its back to ride it, in the trailers. You'd hope that this was the conclusion of an amazing fight between Optimus and Grimlock, but in the film, that's the entire sequence. Optimus tells the "legendary warriors" to join him or fight him, a fire breathing T-rex robot attacks him and gets punched in the jaw, and then it's time to go riding. 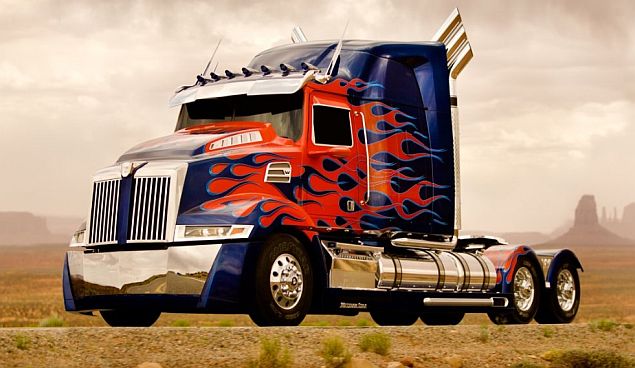 In short, the Dinobot has no personality, and showing up in the narrative nine-tenths of the way through the movie, it feels shoehorned in because of fan service. At the same time, it feels like the filmmakers had no idea what the character was supposed to be, or why the fans love it, and therefore it isn't something which will appeal to the fans. This is a stark contrast with the way Grimlock was handled in the game Transformers: The Fall of Cybertron, which made the most of the Dinobot.

The film also deals with the resurrection of Megatron as Galvatron, setting up a sequel hook for more Transformers films, and while this is also a digression from the established comic book canon, here, the changes are more organic, and in keeping with the world that's been established.

However, the first climax of the movie, which involves a small band of Autobots fighting off a small army of Galvatron's Decepticons, felt forced. The new Decepticons are supposed to be better and faster and deadlier than the Autobots used to build them, but instead, we see dozens of them shot to pieces by just two Autobots. The Decepticons to come close to winning, but only by sheer weight of numbers, and this cheapens the big rescue moment of Prime riding in on Grimlock and letting off a fireblast. 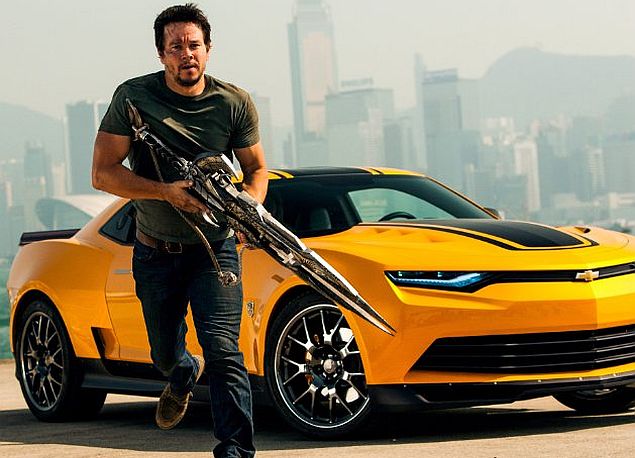 You know that the story has a problem when a giant robot waving a sword while riding on a robot T-rex which can breathe fire is not a moment which makes people whistle and clap with delight. Just the idea has so much potential, and it feels criminal to waste is on a ten second clip with a terrible soundtrack, but that's exactly what happens.

Despite its many plot holes though, Transformers: Age of Extinction manages to be a very enjoyable movie, particularly if you're just looking for great shots of giant robots and fights. Mark Wahlberg, his daughter, and her boyfriend, make up the human core of this movie, and are almost predictably terrible, but many of the secondary characters are wonderful.

Kelsey Grammer as the CIA boss who believes that there are no "good aliens or bad aliens, only us or them", is completely at home in this negative role, and Titus Welliver is wonderfully thuggish as the leader of the CIA team that has been hunting and killing Transformers. But it's Stanley Tucci, playing a Steve Jobs-style inventor, who has the best lines. His first scene has him talk about the importance of getting the sound of a door chime just right, and he seems at first to be a complete clone of the public notion of Steve Jobs, but as the film progresses, the character actually gets to exhibit a number of other emotions, and actually ends the film being pretty likeable. 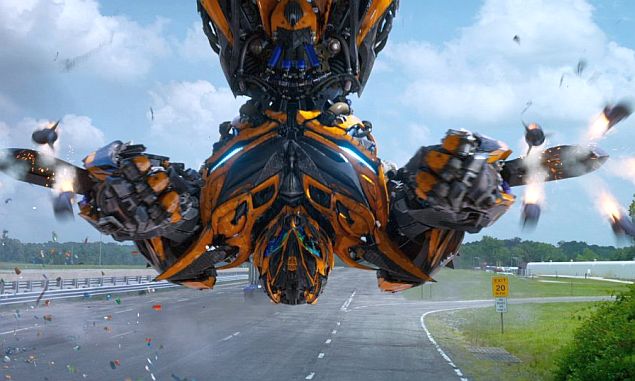 It's a pity that the lead characters cannot claim the same. Mark Wahlberg gets to play space-marine and fire a laser gun while squinting angrily at enemies, and kicks a man off a building. Because that's completely in character for the absent-minded inventor that he's been playing so far. His daughter is played by what may either be a young woman, or a great looking mannequin. The doubt is present because while she is extremely qualified at being a clothes-horse, there's very little evidence to suggest any acting took place. And the daughter's boyfriend in-turn looks like he stepped out of a catalogue, and strapped a fake accent in place to make up for any lack of acting talent.

At the end of the day, a lot of plot holes can be forgiven if you have a good film in front of you. That's what happened, for example, with X-Men: Days of Future Past. Much like its "actors" though, Transformers: Age of Extinction, is not a good film, merely a good looking one. That will still be enough for a lot of people in the audience, and the movie will undoubtedly make money. Hopefully, when there's a sequel, they'll also make better use of fire breathing robot dinosaurs, because that's the only reason we were watching.

Transformers: Age of Extinction releases in theatres on Friday, June 27.