Transformers: The Last Knight Is Another Incoherent Mess From Michael Bay

It’s not often that a franchise hits its lowest point with the first sequel, and still survives to produce two billion-dollar-plus instalments, even after ditching its principal cast altogether. That’s because Transformers has always been about the titular giant alien robots – it’s why fans turn up in droves in the first place – with the human connections being tangential to the whole exercise.

Michael Bay, the series’ steward since the beginning, understands this wholeheartedly. From the start, Transformers has served as a perfect outlet for Bay to pack as many explosions, collisions and slow-mo spins as possible. Those have then been stitched together with the most outrageous of storylines, be it ancient alien technology hiding inside the Great Pyramid of Giza, or a secret alien craft on the unseen side of Earth's satellite.

Here on the fifth instalment: The Last Knight, Bay – working with three screenwriters, Art Marcum, Matt Holloway, Ken Nolan, based on a story from those three along with Akiva Goldsman – concocts yet another grand tale of Transformers helping us, from the age of King Arthur in 454 AD, to defeating Axis forces and killing Hitler in WWII. It's as imaginative as it's insincere, and the very inclusion of historical moments is solely to prop itself up and give some significance to the movie.

That's also why Bay has brought Anthony Hopkins on board, who takes wordy lines and preposterous exposition, and makes it sound elegant with his accent and manner of delivery. He has a robot companion of his own, sort of a meaner take on C-3PO with a short fuse. Together, they impart a smidge of humour and self-awareness to the affair. Without them, The Last Knight would be much worse than it already is, and that's pretty hard to imagine.

Now, Transformers is the kind of film that divides the audience squarely into two camps: there are those who will watch it regardless of what the reviews say, and the rest who’ve maintained a passing interest since the first released in 2007. The Last Knight is definitely better than most of its predecessors (which is good news for the former group), but it’s still tedious and bloated enough to warrant skipping entirely for the those who are a part of the latter.

The film begins in Arthurian times, where a Transformer knight gives the wizard Merlin a staff that he can wield to call upon a three-headed metal dragon, which helps turn the tide of war. Bay shoots the scene is his usual visual style, which is to say he focuses only on the spectacle, and avoids having any central figure to revolve the action around. Even though Hopkins won’t appear on screen for the next half hour, he narrates the scene because, well, Bay has somehow convinced him to lend his considerable talent.

Post that, The Last Knight introduces us to two more new cast members: a street-smart kid called Izabella (Isabela Moner) whose unwitting heroism attracts the attention of Transformer Reaction Force (TRF), an Earth-wide army whose task is to eliminate all Transformers on sight; and Jimmy (Jerrod Carmichael), an employee of Cade Yeager (Mark Wahlberg) who was hired to maintain a junkyard, and then realises he’s dealing with Autobots.

The film spends much of its initial hour putting the new pieces together, in what seems like an effort to provide more characters beyond Wahlberg’s Yeager. Except, The Last Knight then willingly discards that build-up and the characters – both Izabella and Jimmy don’t show up again until the final battle – and introduces even more characters across the pond in England. There, we meet Viviane (Laura Haddock), an Oxford professor whose ancestry makes her an important figure, and Hopkins’ Sir Edmund Burton, who knows a lot about the history of Transformers. At one point, he name-drops every significant human in history from Harriet Tubman to Galileo Galilei, showing their pictures on a wall, as being part of a secret society tasked with hiding the secret of Transformers being on Earth. 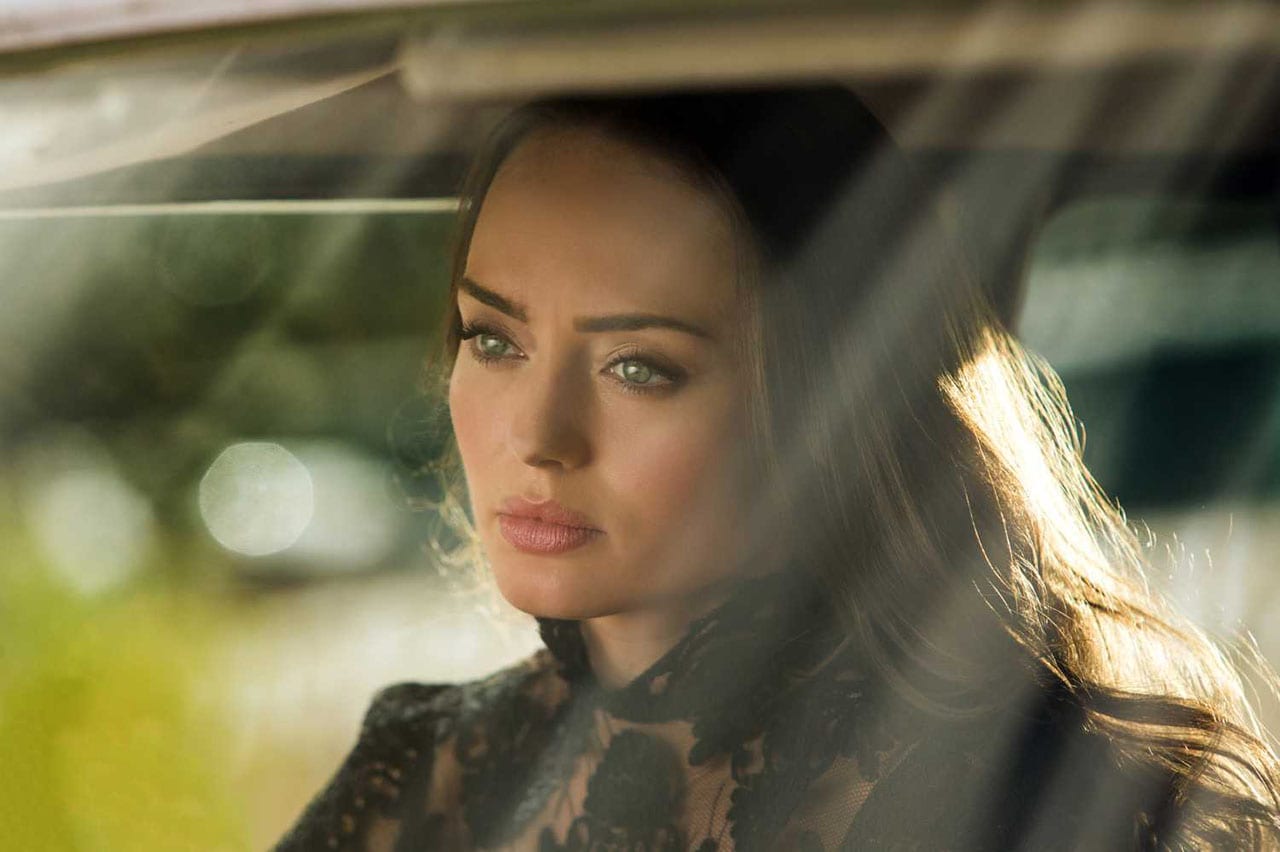 It’s nonsensical and hilarious in the extreme, which is more than you can say for how the plot moves forward. Bay treats time as a non-existing entity, stacking endless day scenes next to each other without any concern for editing or cohesiveness. As an example, The Last Knight cuts from showing us a castle in Dover to its characters zipping across the city of Oxford, before jumping to London's Westminster Bridge like it's next door, then zipping off with a submarine back to the coast off Dover, travelling to the surface and finding a giant alien ship, and embarking to Stonehenge for an hours-long final battle all before the sun sets.

During said battle, the film’s script treats science as random words you spout to make things sound intelligent, but it even fails to pull that off. Tony Hale plays an unnamed NASA JPL scientist whose job is to run around and shout “We need to use physics,” as cities are literally scraped off the Earth’s surface. History, geography, and science are just misapplied tools for the writers to raise the film's stature when it’s really just a movie about giant metal robots based on a children’s toys line.

And eventually, it’s so overstuffed that The Last Knight completely eschews what the pre-release marketing has focused on. Early on, we are shown a frozen Optimus Prime slowly drift into space towards his devastated home planet Cybertron. The giant soulless mechanical hulk has been a periphery figure since the beginning, but The Last Knight brings it closer to our home than ever before.

The central premise of the film revolves around Optimus being brainwashed by an alien sorceress Quintessa, who claims to be the maker he’s been looking for, and then commands him to destroy Earth to revive Cybertron. But because The Last Knight has half a dozen other story threads to follow, it largely discards what Optimus’ conversion to the dark side entails – he’s given the name, Nemesis Prime – except to show a single half-hearted battle with his “oldest friend” Bumblebee that ends so abruptly that you feel it must be an editing glitch. 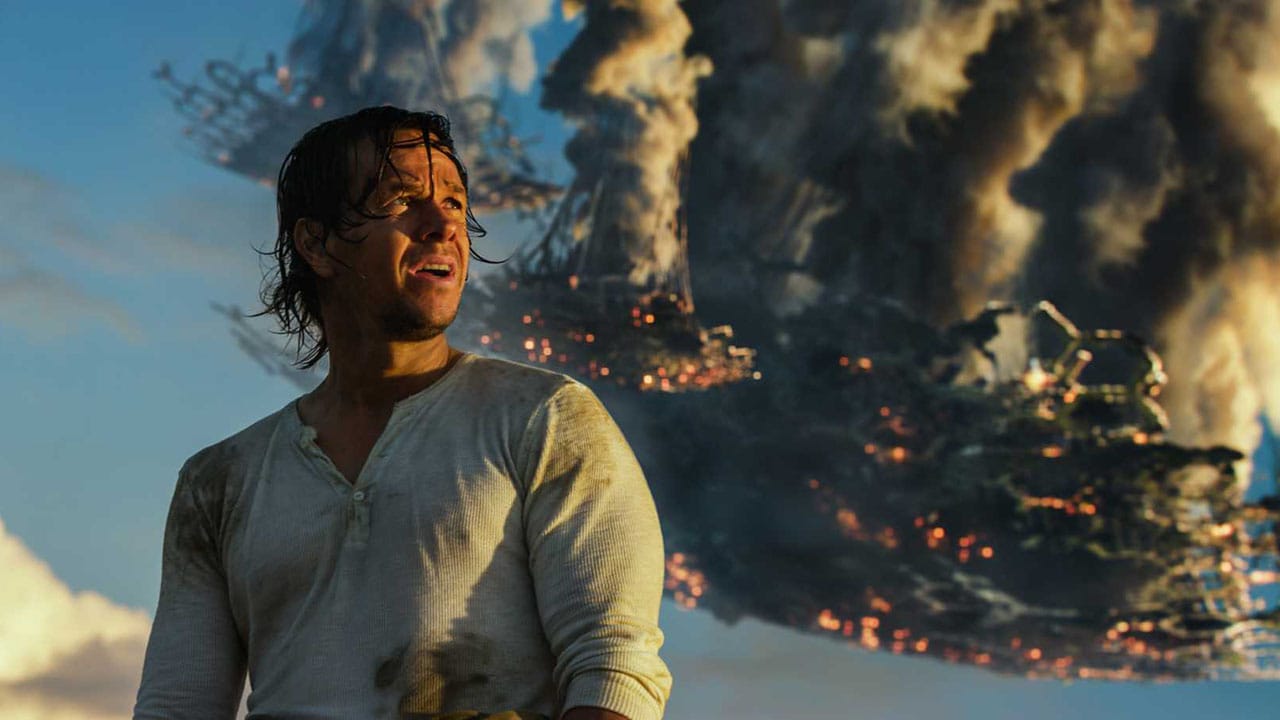 This inability to let events properly play out causes a perennial rush, that must surely have been exacerbated by the committee of editors – six in total – who worked on the film. At times, it almost seems as if The Last Knight is wearing its editing choppiness as a badge of honour, daring you to make sense of the moments in between. Bay further compounds the problem by never letting the film rest, and imbuing every other scene with so much incoherent action that you’ll be most likely be left with a headache.

Most of it is indistinguishable from the rest, just as the film itself will eventually blend with your memories of other chapters in the Transformers series. There’s one exception to that rule early in the film, where Bumblebee joins a fight by disintegrating himself so as to suggest that he’s dead, and then proceeds to reassemble itself piece by piece while taking out everyone around him. It’s easily the coolest moment The Last Knight has to offer, and it shows what Bay can bring to the table when he’s focused on the small things.

Both Bay and Wahlberg have said that this is their final Transformers outing – fifth for the director, and second for the actor – which can only be a blessing in disguise given the status of the franchise. New blood at the helm reinvigorated the Fast and Furious series (at least temporarily), and turned it into a global powerhouse. The alien robots could use a helping hand too.

product The fifth – and final for director Michael Bay – instalment in the giant alien robots franchise runs for two hours too long.
Comments

Further reading: Transformers, Transformers 5, Transformers The Last Knight, Paramount Pictures
Akhil Arora Email Akhil Akhil identifies himself as a stickler for detail and accuracy, and strongly believes that robots will one day take over most human jobs. In his free time, you will find Akhil beating the computer at EA Sports FIFA or streaming new highly-rated TV series. More
Final Fantasy XII The Zodiac Age, Splatoon 2, and Other Games Releasing This July
Wipro Steps up Local Hiring in US Amid H-1B Visa Uncertainty

Transformers: The Last Knight Is Another Incoherent Mess From Michael Bay
Comment