The Tick Superhero Reboot on Amazon Finds Humanity in Humour

Griffin Newman as Arthur, and Peter Serafinowicz as the Tick in a still from Amazon's The Tick

At a time when there are more superheroes on screen than ever before, it was inevitable that someone would want to cut through it all with intelligent satire that poked fun at the culture's tropes and clichés. The Tick – created by Ben Edlund in 1986 as a surreal parody of the superhero comics of the time – was an ideal candidate, given the eponymous superhero's propensity for being over-friendly and perennially optimistic while wearing a bright blue suit with wiggling antennae on his head.

The trouble of course is that superhero fare has had its self-aware moments, from Deadpool, to Guardians of the Galaxy, which mock and rely on the very elements that power it. In such a situation, a straight-up spoof needs to push further. Amazon's reboot of The Tick – following a 90s' animated series, and a short-lived 2001 live-action sitcom – which comes from Edlund himself again (the third time he's bringing his characters from page to screen) opts for something a bit different.

We open on a shot of Earth with the voice of Peter Serafinowicz telling us he's the Tick, and promising a story of "destiny, adventure, and bloodlust". As a strange alien object enters our field of view, we are told it's 1908 in the Tunguska river basin, which is meant to put a new spin on the real-world asteroid air burst. Out of an explosion shortly after, emerges a red-caped flying superhero called Superian (Brendan Hines), and the Tick excitedly informs us that this kicked off the age of superheroes.

The story then cuts to modern-day America, where superheroes have been around for decades, and there are governmental bodies that register and regulate them. Surprisingly, the show's protagonist isn't the Tick himself, but rather an accountant with low self esteem, named Arthur (Griffin Newman) – whom fans of the comic will recognise as the Tick's sidekick – trying to prove that a super-villain called the Terror (Jackie Earle Haley) isn't dead as everyone believes.

The official trailer for Amazon's The Tick, available August 25

His amateur investigation puts him on a path to meet the Tick (Serafinowicz), who grows very fond of him instantly, and follows him around even after Arthur demands to be left alone, because the big blue bug guy says Destiny (it's capital-D Destiny that the Tick refers to) is calling for him. "She says 'hi', by the way," he adds, as a confused Arthur attempts to comprehend. After the Tick steals a hi-tech suit from a mob, and hands it to Arthur, the latter ends up in their crosshairs.

It doesn't help matters that Arthur has a history with mental illness, brought on by witnessing the death of his father and his favourite superhero team – the Flag Five – at the hands of the Terror, when he was just nine years old. Combine that with Arthur's reluctance of being a hero, and an overprotective sister in Dot (Valorie Curry) who wants him to have a "normal" life, and you're left with a guy who can't live on his own terms.

"I don't have any special destiny," Arthur says at one point, rejecting the Tick's unrelenting push for becoming his thinking side-kick, since the big guy lacks in that regard. "You do," the Tick replies back, "and you're already at stage three: the hero rejects the call." It's clever nods like these that fill The Tick's satirical dialogue, delivered by a buoyant and cheery Serafinowicz, alongside visual jokes that dissect the unintended consequences of superpowers, or how television has contributed towards a warped understanding of medicine.

The recurring villain during the first season – six episodes were released on Friday, of which four were screened for critics – is Ms. Lint (Yara Martinez), who can shoot lightning bolts out of her hands like Emperor Palpatine from Star Wars, replete with a hideous look thanks to a missing eye and a scar, but without the manic laughter. Her name, which is really her nickname, comes from how static electricity attracts small particles. She's constantly left frustrated by her skin attracting lint, and Martinez portrays the disgust in a relatable fashion. 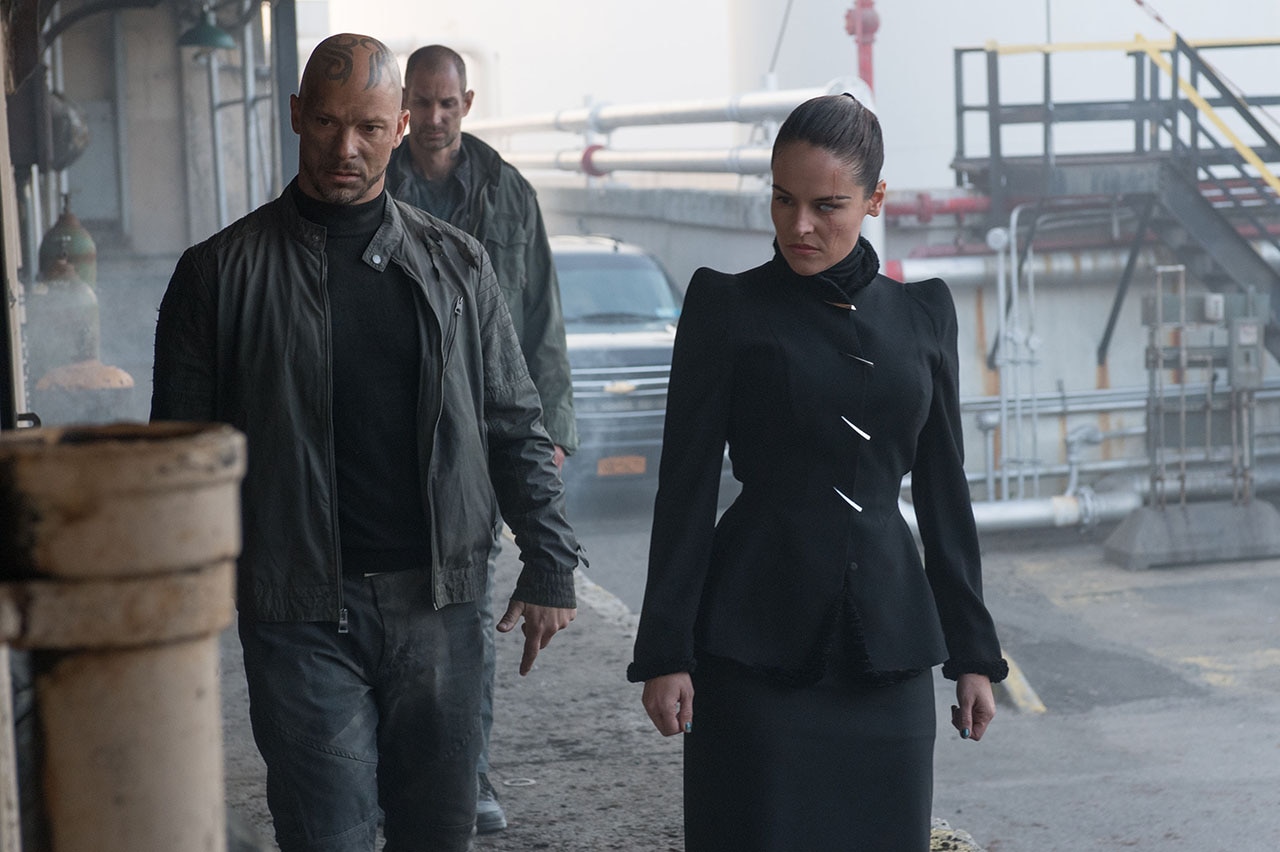 Instead of giving them exaggerated villainous plots, The Tick imbues even its villains with humanity, showing how the death of Lint's mentor (the Terror) has deeply affected her. She shares her apartment – or lair, as she calls it – with her ponytailed hipster ex-husband, who walks around with a T-shirt that describes him as a feminist. Take the case too of her new boss Ramses IV (Michael Cerveris) – who runs an Egyptian-themed local gang, and is always obsessed with branding – as when he takes issue with Lint's inability to be a team player.

The increased interest in the lives of its characters, and not simply their actions, has been extended towards the Tick as well. While the character has always been depicted with child-like wonder, an impulsive streak, and embracing the aspirational message poured via heroic speeches, Amazon's reboot even tries to probe into his deeper, quieter moments. When someone asks if the blue suit is part of him, he wonders: "Am I never naked, or am I never not naked?"

Edlund's bigger focus is on a brewing bromance between the Tick and Arthur, where the former is really who Arthur wishes he could be in a different life, but can't owing to his general cowardice and indecision. His protests that he has a life to lead – which the Tick entirely lacks outside his superhero identity – but that is really an excuse and a lie he tells himself, to stay in what he believes to be his comfort zone. 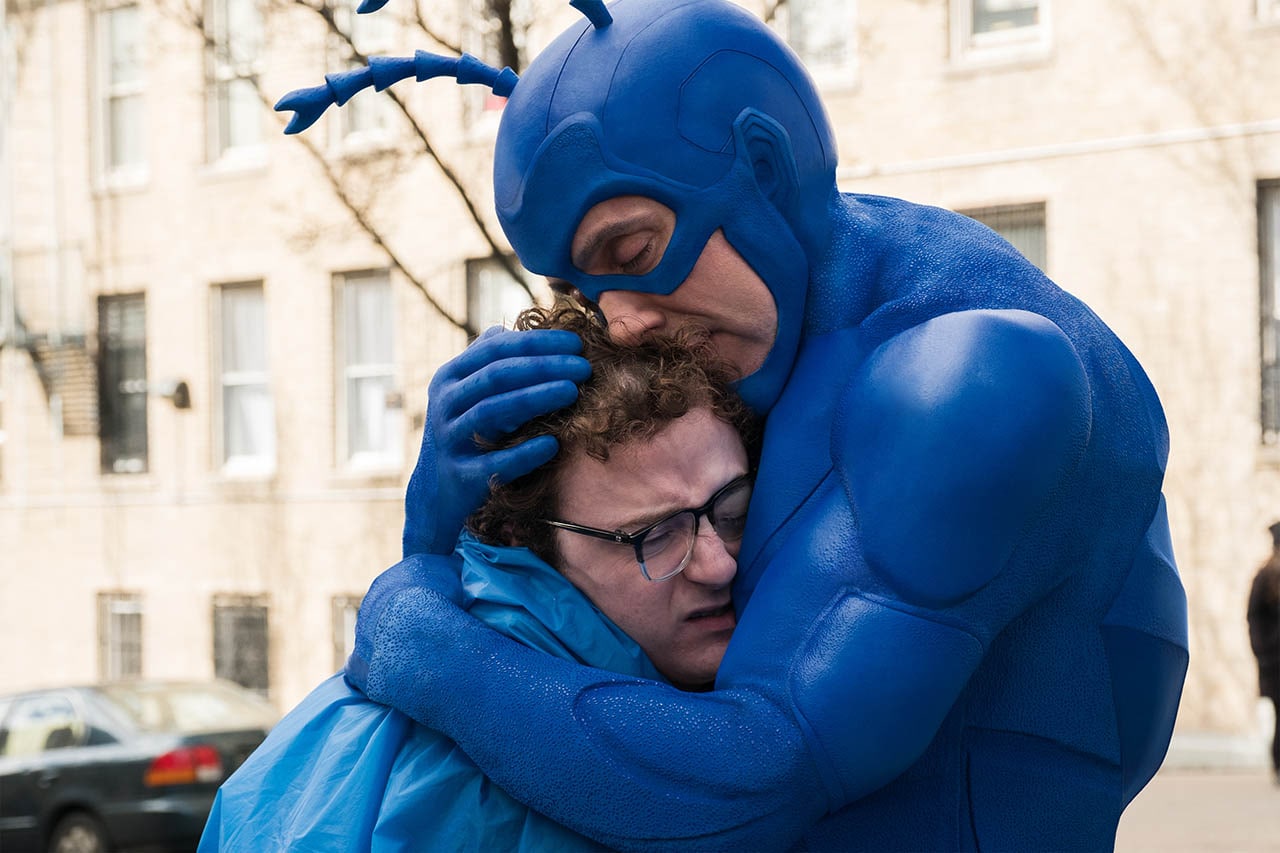 Griffin Newman as Arthur, and Peter Serafinowicz as the Tick in a still from Amazon's The Tick
Photo Credit: Jessica Miglio/Amazon

In doing so, The Tick starts to have meaningful stakes of its own (on top of tackling mental illness), and it's serious enough to stay on the other side of lampooning or parodying Arthur's troubles, unlike a show like Arrested Development. Even with its jokes, Edlund isn't always sure where he's trying to land, with it being more deadpan than the laugh-out-loud variety.

For some audiences, that might feel a tad too heavy, especially in what originated as a superhero parody. This Amazon version of The Tick – whose first season airs in two halves of six episodes, the rest coming in early 2018 – does feel it's like attempting a balancing act, of playing out as an action-packed superhero comedy (thanks to the increased budget), as well as create a more sombre tone by exploring the emotions under the surface.

There are a few stumbles early on, owing to characters and plotlines going around in circles, but whether it works will depend on your sensibilities, and how cohesive the tonal shift stays for the season run.

The Tick season 1 has a total of 12 episodes. Six of those are available August 25, and the remaining will hit Amazon Prime Video in early 2018.

product Amazon's reboot of the 90s animated series and the 2001 sitcom stars Peter Serfinowicz as the big blue bug guy, forcing an accountant to become his side-kick.
Comments

Further reading: The Tick, Amazon, Amazon Prime Video
Akhil Arora Email Akhil Akhil identifies himself as a stickler for detail and accuracy, and strongly believes that robots will one day take over most human jobs. In his free time, you will find Akhil beating the computer at EA Sports FIFA or streaming new highly-rated TV series. More
Samsung Scion Jay Y. Lee Jailed for Five Years on Bribery Charges