Before it pelts you with its thinly-sketched characters, baffling motivations, and various takes on skeletal zombies, Alex Kurtzman’s The Mummy – a reboot of the 1932 original that has spawned a dozen follow-ups since – wants you to know that it’s a small part of a much bigger creation that’s being drummed up by the studio, called the “Dark Universe”. Having seen Marvel and Warner Bros. make billions off their intellectual properties, Universal too wants to get in on the act, and it’s identified its classic monster movies as ripe for the taking.

To stitch together its various gods and monsters, as it likes calling them, Russell Crowe has been called upon to appear across its shared universe of films, à la Samuel L. Jackson’s Nick Fury in the Marvel world. The Mummy sees Crowe play Dr. Henry Jekyll, a modern update on the character envisioned by Robert Louis Stevenson in 1886, who now serves as the head of a mysterious organisation that deals with the study, capture, and extermination of evil. To entice its audience, the film intentionally takes us through his lab of fermented skulls, lingering long enough on one to hint at a future Dracula outing.

The Mummy begins with an extended prologue that is set in two different, yet inter-connected eras: the first in 1127 England, and the other in ancient-era Egypt. The connection between the two is Princess Ahmanet (Star Trek Beyond’s Sofia Boutella), whose power-craving drives her to make a deal with the ancient Egyptian deity of chaos and war, Set. But before she can complete her end of the bargain, she is captured, mummified and buried alive far from her homeland. (These scenes of her past have been terribly spoiled by the Indian censor board, which is completely against any form of nudity.)

In the present day, that faraway place is now called Iraq, where insurgents are destroying ancient treasures as part of their agenda. It’s as direct a reference to ISIS as it can be, but The Mummy strays away from any such mention. Tom Cruise is Nick Morton, a US Army reconnaissance scout by profession, but an artefacts hunter by trade, who makes riches by selling them on the black market. Cruise has made a name for himself in the past two decades by being the engine for high octane action films where he's mostly on the run (literally), and dives headlong into dangerous situations. Here too, he makes his entrance in a similar fashion, running from a hail of bullets being sprayed in his direction by said insurgents.

Nick, his buddy Chris (New Girl’s Jake Johnson), and archaeologist Jenny (Annabelle Wallis) come across Ahmanet’s tomb thanks to a lucky break, and immediately orchestrate a way to transport the sarcophagus out of the country, while ignoring the ominous signs unfolding around them. The film’s wish to return the action to England seems to stem more from the future narrative demand of having everything revolve around Dr. Jekyll and his team, than the want to tell the best possible standalone story, of an Egyptian princess bent on taking revenge.

Even though the film is called The Mummy, the bigger focus is on Nick, given the character’s high-profile casting. He’s meant to serve as a complex protagonist – an anti-hero, if Kurtzman and his team of five script-writers were capable enough – for this adventure, and the movie also conveniently leaves him on a note that Cruise could be called upon for a sequel, should Universal's experiment provide desired rewards at the international box office. Unfortunately, unlike the goofy charm of the Mission: Impossible franchise, The Mummy affords only rare flashes of Cruise being allowed to showcase a silly side of his. 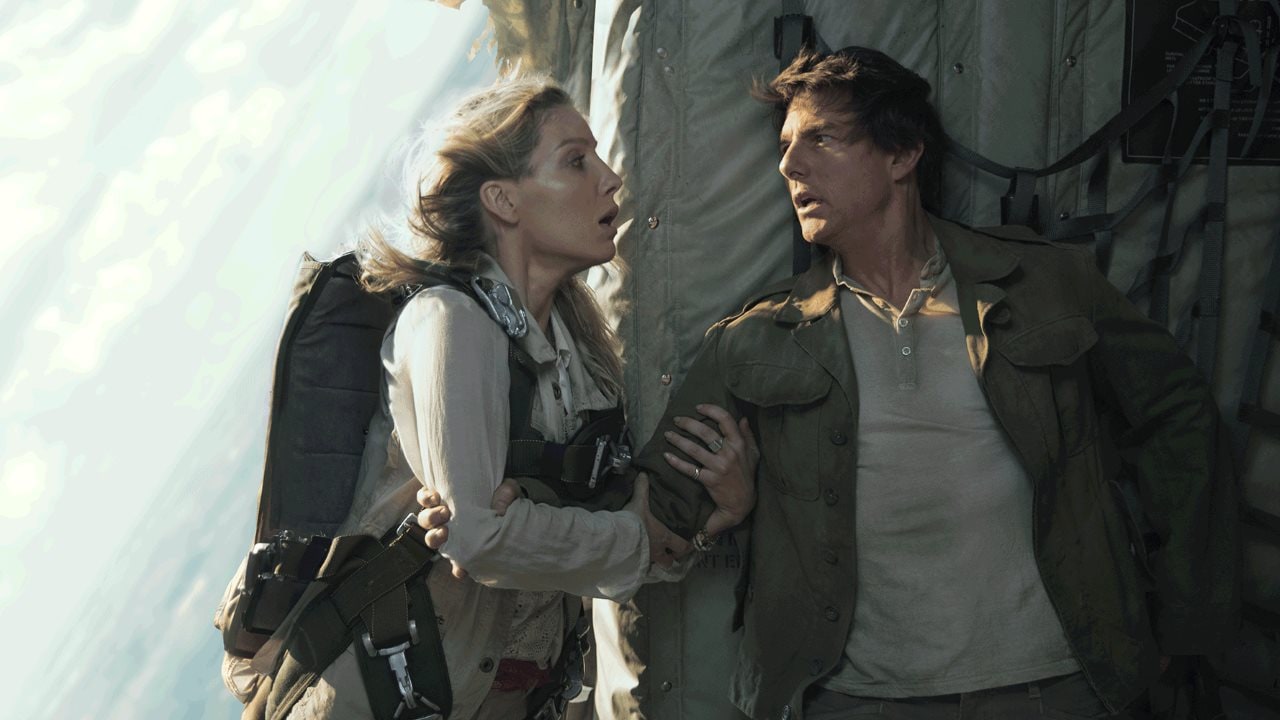 Drowning in material that's meant to sound worrying, and is so filled with self-seriousness of its prophecies, rituals and ancient past drawl that it borders on parody, The Mummy comes across as a cheap horror take on a lesser Dan Brown novel. It's unable to find the humour through it all, delivering with such infrequency that Cruise’s traditional action-star performance dissolves in the sludge. And it doesn’t help that the character hasn’t been conceived properly in the first place, as is the case with almost everyone else, including the wholly under-developed relationship and unbelievable connection between Nick and Jenny. The forceful nature of their faltering romance comes from the script’s necessity to pit her against Ahmanet, who has identified Nick as a chosen ritual sacrifice, and needs Jenny to be pushed out of the way.

And apart from becoming a damsel repeatedly put in distress, Jenny seems shooed in to deliver the much-needed exposition. To top that off, Nick isn’t an active agent in his own story for the most part, and hence spends much of the film being thrust into one thing to another. For what it’s worth, Ahmanet is the best developed character of the lot, which at least shows that despite multiple rewrites The Mummy does understand the makings of an engaging villain. But though the film presents an interesting gem of her slide towards darkness – she's angry for losing the kingdom she believed to be rightfully hers, to a male son born to the Pharaoh – it's not at all interested in exploring those ideas after her resurrection in present day, and instead chooses to focus on creating mayhem and horror as befits an empty-calorie popcorn flick.

Moreover, Kurtzman – a veteran franchise manager having worked on Transformers, Star Trek, and The Amazing Spider-Man 2 – seems to have learnt the wrong lessons from his commercial successes, and doesn’t understand what makes an enjoyable summer blockbuster visually. Instead of lingering in the bright yellow-and-orange pop of the Middle East desert, and with the billowing dress and radiant make-up provided to Boutella’s character during the centuries-old flashbacks, Kurtzman opts to drench The Mummy in nearly-desaturated hues of blue and grey after the opening half hour. The rest of the film even squanders the rich skin tones for a shrivelled, dry skin for Boutella, and it uses its London setting by spending much of the time underground. 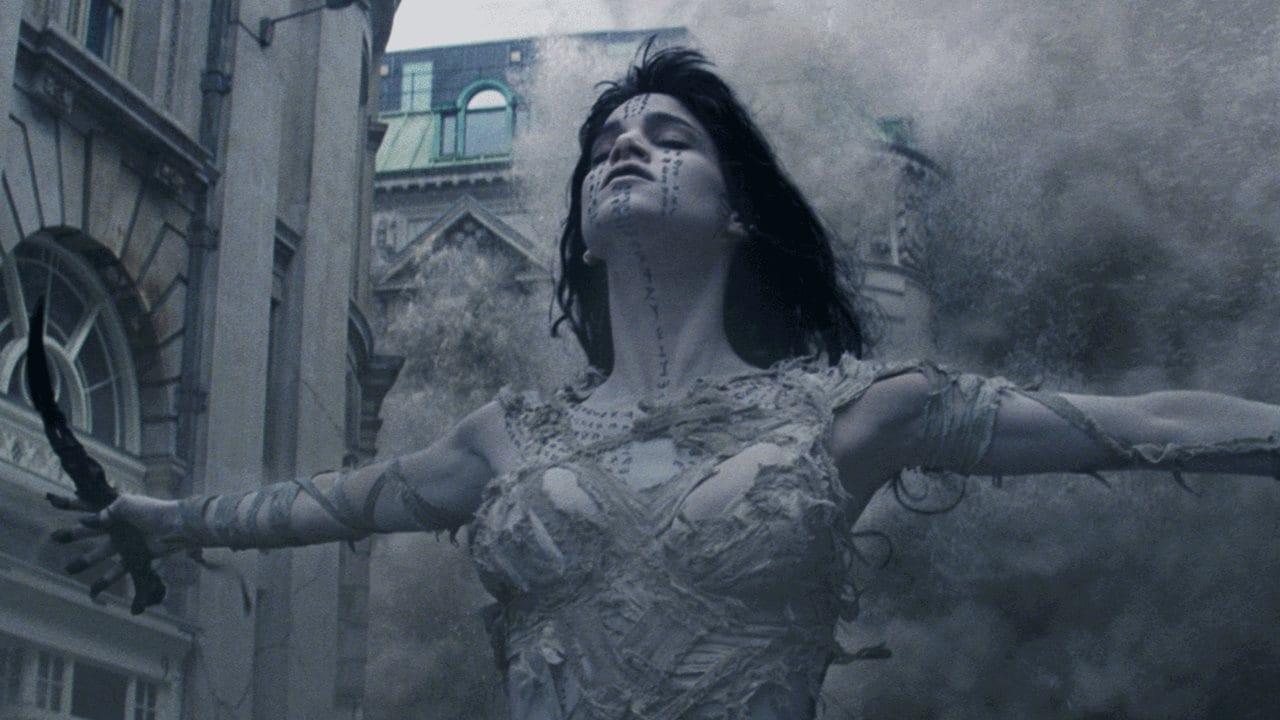 As terrible as the film itself is, The Mummy is also the worst possible start for a new franchise that has seven more films – Bride of Frankenstein, Dracula, The Invisible Man, The Wolf Man, The Creature from the Black Lagoon, Phantom of the Opera, and Hunchback of Notre Dame – already in some stage of development, with the likes of Johnny Depp and Javier Bardem attached to star. For one, it’s fighting the uncalled-for task of assembling these myriad characters into a single universe. And two, Kurtzman setting a gritty tone with The Mummy, and his role as a core creative for the Dark Universe makes you wonder if this is indeed the right path.

Owing to those two baselines, Crowe’s presence in The Mummy is mostly to introduce us to this world, with some of his lines and the way they are delivered almost feel intentionally directed as if they’re addressing the audience through the screen. And aside from using his accent and his poise to sell the self-seriousness charade of the whole thing, the character’s reimagination lacks any heart or investment to it, much unlike how its inspirations – Mark Ruffalo’s Hulk and Aaron Eckhart’s Two-Face – have fared in recent years.

But though Crowe’s Dr. Jekyll can be fleshed out with future instalments, there’s no such respite for everyone else involved with The Mummy, including the film itself. Bogged down by unimaginative CGI-laden set-pieces, and lacking any character arcs, it’s a limp attempt at capturing the summer-movie market overflowing with contenders, one that can’t be saved by Tom Cruise’s willingness and mastery of playing the indomitable action hero. If only it could be mummified and buried alive.