The Handmaid's Tale Is an Advocate for the Power of Storytelling

Elisabeth Moss as Offred in The Handmaid's Tale season 2 finale

When it comes to women, Gilead’s modus operandi is clear: force them into submission by any manner possible. Usually, that takes the form of physical violence, perpetuated from top to bottom as begets the pattern in a well-defined power hierarchy. But there’s another less obvious and quiet way of oppression in the totalitarian regime – outlawing women from reading or writing, and hence taking away their voice – which often goes unnoticed because it’s absent from the screen as opposed to the ubiquitous show of authority. The second season of The Handmaid’s Tale, particularly its second half, explored just that from several angles.

Crucial to that are two pieces of narration provided by the protagonist Offred (Elisabeth Moss) during the nearly-wordless present-day sequences in the eleventh episode of the season, “Holly”, which ends with the birth of the eponymous baby girl, named after her grandmother (Cherry Jones) seen earlier in the season. Towards the end, she says she’s telling her story because she wants “you” to hear it and adds: “By telling you anything at all, I’m believing in you. I believe you into being. Because I’m telling you this story, I will your existence. I tell. Therefore, you are.”

Offred’s lines are lifted from Margaret Atwood’s book on which the show is based, even as the second season largely takes place beyond the words penned by the Canadian author. Though the episode doesn’t clarify who the “you” is, it can be inferred from past elements in the show, the book’s epilogue that’s set in a far-off future, and a clarification provided by writer-producer Kira Snyder, who co-scripted the antepenultimate chapter with creator and showrunner Bruce Miller. The Handmaid’s Tale began with the click of a tape recorder, the epilogue states her story was found on cassette tapes, and Snyder said as much in a recent interview. 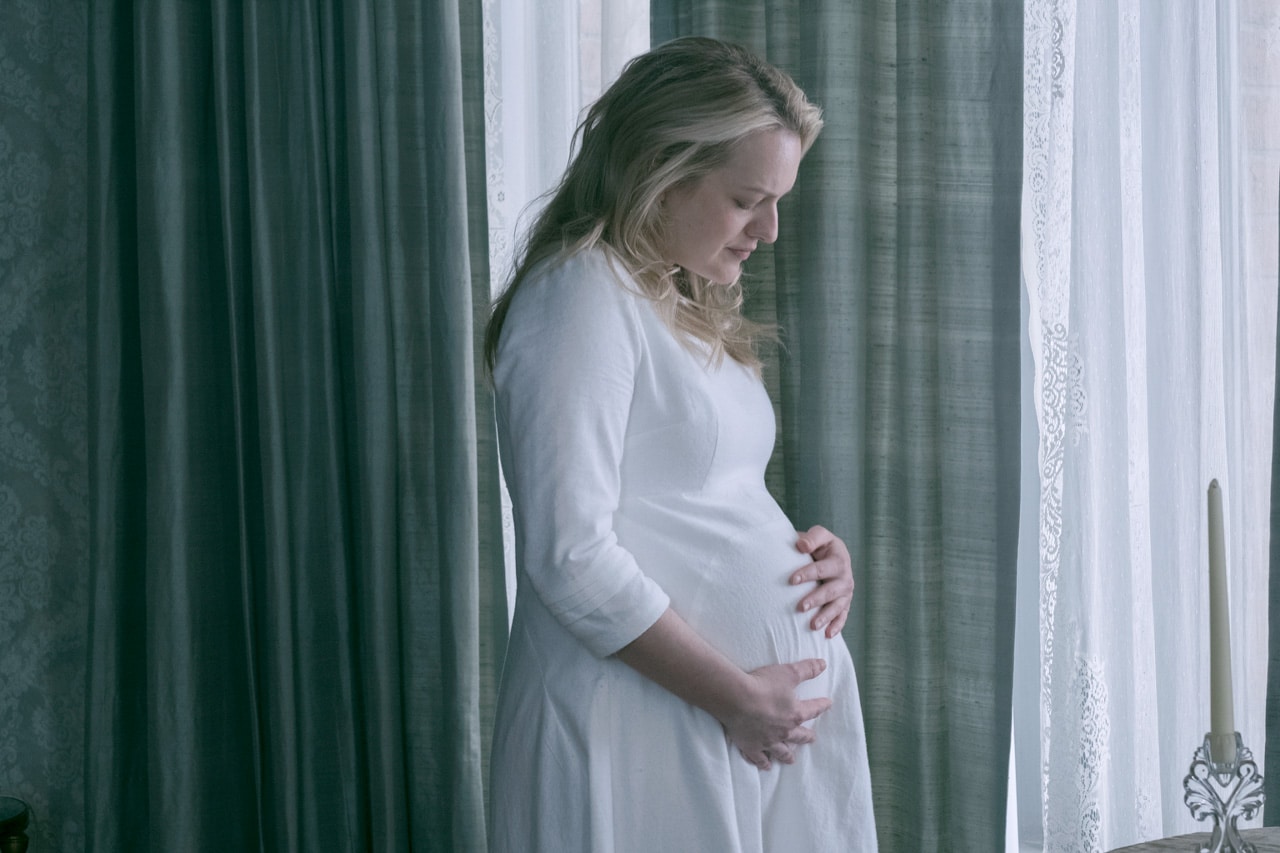 “She's talking to the baby, she's talking to some unknown future listener of the story that she's recording, because these are recordings that a future June is making of her experiences in Gilead, and I think she's also talking to us the viewer,” Snyder told The Hollywood Reporter. “So to me, it addresses a few different yous.” But more importantly, the fact the narration exists means Offred gets to tell her story and make her voice heard, in direct opposition to Gilead’s attempts to silence those that it does not deem worthy.

The ability to tell stories is what makes us human. And for the marginalised, having a voice is all the more essential: it proves their existence. The plight of the Yazidi women or those part of the global #MeToo movement is known because their stories were heard. But millions still live in totalitarian, orthodox and patriarchal regimes around the world – as is the case of the fictional Gilead on the show – and lack the freedom to communicate the daily oppressions they face, let alone seek justice. The question then becomes: if the Gileadean handmaids don’t get to tell their stories, did their suffering actually happen?

The second season briefly touched upon the impact of the handmaids’ tales in the ninth episode “Smart Power”, after the Waterford household driver and Offred’s former lover Nick (Max Minghella) passed the bundle of letters to June’s husband Luke (O.T. Fagbenle), who uploaded everything to the Internet. Their stories caused a ripple effect with the Canadian government forced to cancel the diplomatic talks with Gilead representatives – Commander Waterford (Joseph Fiennes) among them – in light of the protests from the enraged Canadian public. It hit Gilead where it hurts most, their already-in-the-dumps economy, thereby showing the power of words. 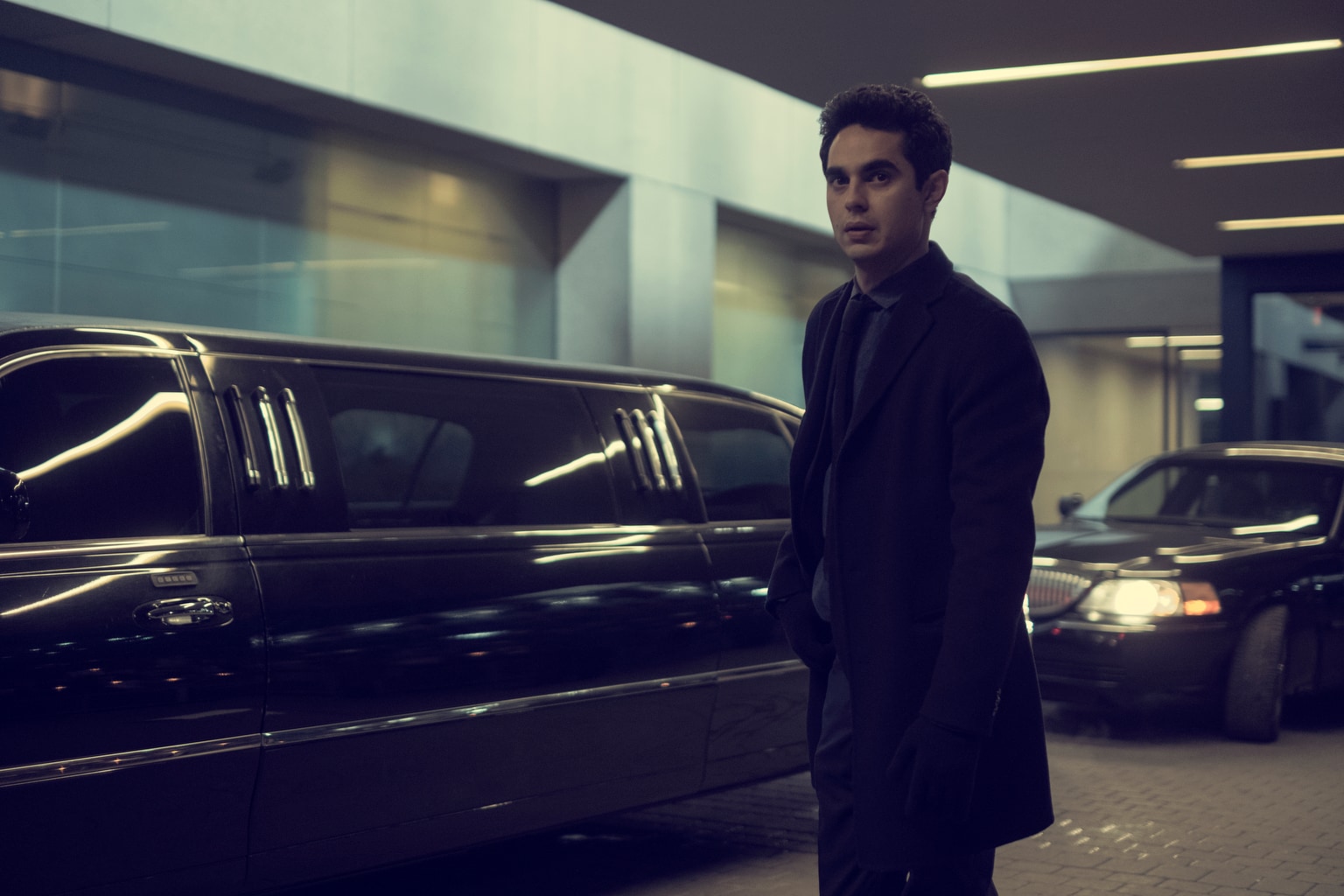 And that’s precisely why the government council – of which Waterford is a part – takes such a harsh view of Serena aka Mrs. Waterford (Yvonne Strahovski) asking for equality between baby boys and girls born in Gilead and then reading from the Bible in the season 2 finale “The Word”, because they are afraid and aware of where it would lead. Her punishment carries a penalty of a finger for a first offence – foreshadowed in an earlier scene between Emily (Alexis Bledel) and her new commander Joseph (Bradley Whitford) – and Waterford allows it due to the public nature of her appeal and having witnessed her capabilities in the months prior.

For Serena, it serves as yet another reminder that she has no power in the world she helped build, though she enjoys a status and life that’s far better than what Offred and her red-robed-ilk endure. Even as she enjoys lording over Offred and hates her guts, she knows it’s only her handmaid who truly has her back. In a world that has more or less hit the reset button on women’s rights, all they have left is each other to depend on and confide in. Their relationship has swung back and forth since the beginning as they find common ground and establish a place of trust, which is then broken repeatedly through their own actions or events around them.

Despite being denied a request to see her daughter Hannah, Offred agrees to help Serena with her husband’s government work for months. Later, when Serena tells Offred of the Putnam’s baby falling sick, the latter encourages the former to do everything in her power to temporarily transfer a former top neonatologist now working as a Martha, which results in Serena forging her husband’s signature. She pays for her efforts with a belt whipping, which pushes her relationship with Offred back on ice, and it’s further deteriorated by her false labour alarms and second attempt to run away. It takes losing a finger for her to realise the worth of privileged women in Gilead, and why she agrees to let the baby – what she gave up everything for – be smuggled out in the season finale. 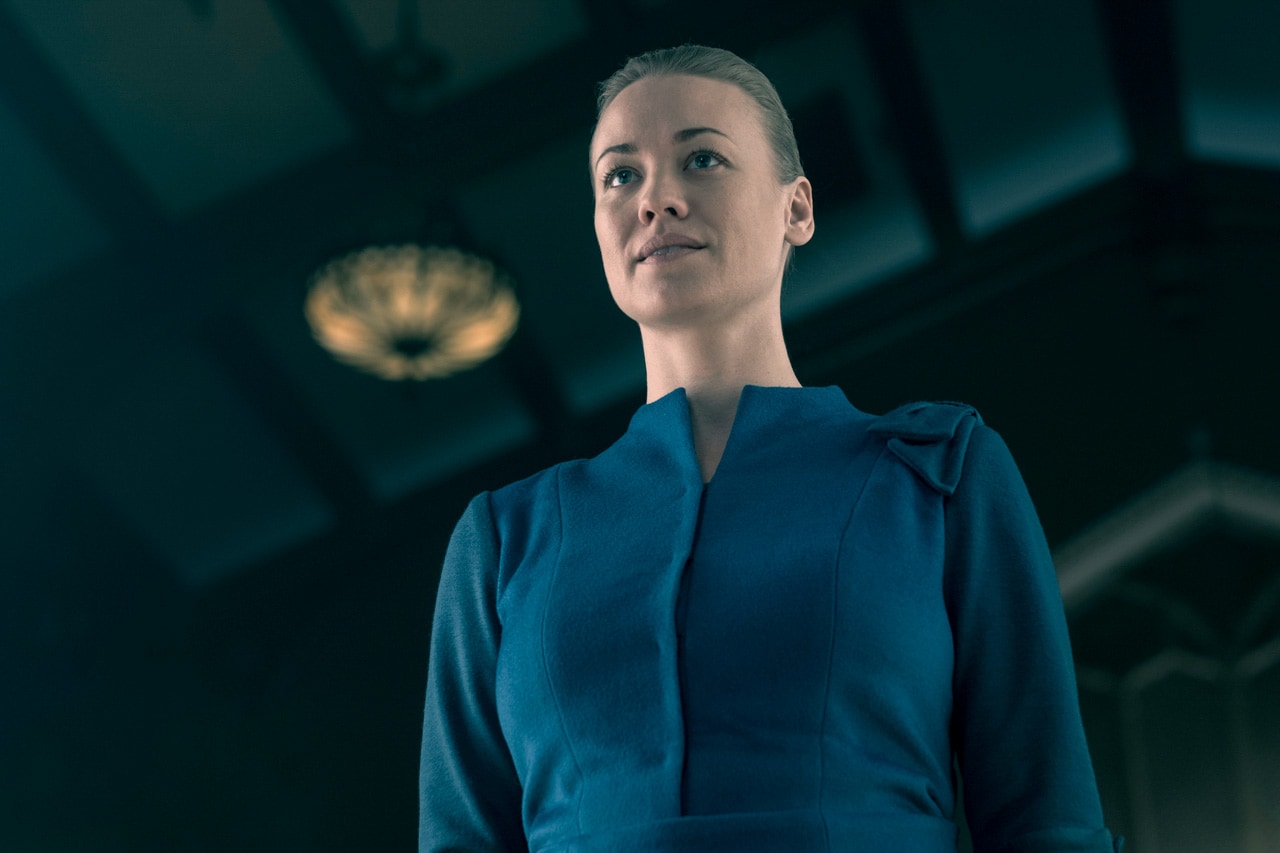 Her brush with Gileadean law could very well have a fundamental change on her character in season 3, that is if her spirit isn’t completely broken. Serena would be much more receptive to the defection offer she received from a US spy working for Hawaii, one of the two states Gilead hasn’t been able to overthrow alongside Alaska. It’ll be interesting if The Handmaid’s Tale commits to such a storyline for a main character, given an escape from Gilead results in a heavily-minimised presence on the show. Cases in point: Emily’s life in the Colonies, or Luke and Co. in Canada.

It’s partly why Offred didn’t join her baby and Emily in the finale. The writers still have handmaid tales to tell, and it becomes much tougher to do that if they let Offred out of Gilead. Sure, part of the justification comes from Offred wanting to be near Hannah, but no matter how much the show pulls on that narrative thread, there will always be a whiff of plot-necessity to the whole thing. At the same time, this constant back-and-forth of giving and taking away hope – for the character and in turn, the audience – works as a metaphor for The Handmaid’s Tale as a show.

The Hulu series knows how depressing it can be to follow Offred’s journey, similar to what she says in her narration. Time and again, beaten down by the mechanisms of Gilead, she’s close to giving up before she gets a piece of good news, providing her the hope she needs to pull through. And the show does the same with its audience, be it via Offred's self-empowering statements to herself or the show's musical cues during its end credits, which are usually out of tune with the harrowing events of the preceding hour. It's almost as if the show feels obliged to offer something to bring viewers back, given the atrocities on display.

Of course, real life isn't like that. There's no sugar-coating in the form of fight-the-power feel-good songs for the millions of women and children living under oppression worldwide, just a seemingly lifelong struggle with the conditions they were born into. All their stories deserve to be heard just like Offred’s, and The Handmaid’s Tale pushes that argument by holding up a mirror to society, one that’s timeless and horrifying. It’s not necessary TV, it’s a wake-up call. To remember, to listen, to speak up, to exist.

The Handmaid’s Tale season 2 is currently streaming on Hulu, and will soon be available on Blu-ray and digital.

Further reading: The Handmaids Tale, Hulu
Akhil Arora Email Akhil Akhil Arora covers entertainment for Gadgets 360, interviewing stars such as Christian Bale and Anurag Kashyap, covering series premieres, product and service launches across the globe, and looking at American blockbusters and Indian dramas from a global socio-political and feminist perspective. As a Rotten Tomatoes-certified film critic, Akhil has reviewed over 150 movies and TV shows in over half a decade at Gadgets 360. When he is not completely caught up with new film and TV releases, Akhil ...More
Nikon Coolpix P1000 With 125x Optical Zoom, 16-Megapixel Sensor Launched

product With its season 2 finale, The Handmaid's Tale brought home the ideas it explored at length across 13 episodes and placed Offred (Elisabeth Moss) in bigger peril than she's ever been in.