It ignores the socio-political atmosphere it’s set in. 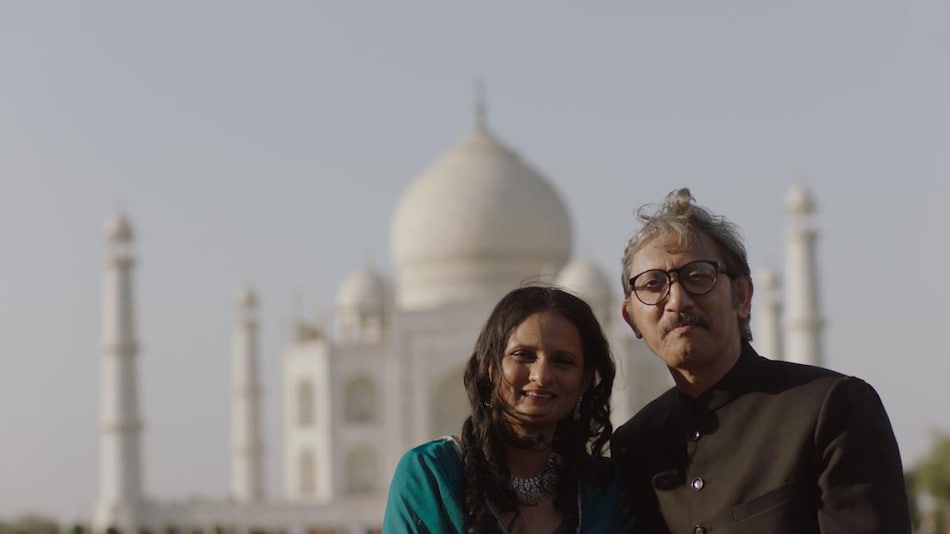 Taj Mahal 1989 — Netflix's latest series from India, written and directed by Pushpendra Nath Misra (Ghoomketu) — opens on Valentine's Day in the eponymous year in the Uttar Pradesh state capital of Lucknow, some six hours east of the white marble mausoleum. It's a very different world, there's no Internet and landline phones aren't common, and it takes place in a time when people were more fearful of losing their love, as its cast has noted. But it's also similar. Its ensemble of characters, unaware of the incoming change — 1989 would turn out to be a big year globally — are naturally occupied with their own personal issues.

Among them is the Lucknow University couple Akhtar (Neeraj Kabi) and Sarita Baig (Geetanjali Kulkarni), who teach philosophy and physics, respectively. They are stuck in a loveless and sexless marriage with a 12-year-old son. Akhtar admits he never really understood love, but it's clear that he doesn't attempt to listen to Sarita's desires. Their interests don't overlap — he loves poetry, while she enjoys whodunnits and action flicks — and Akhtar is loathe to support Sarita, who having grown frustrated in the 22 years they've known each other, is close to giving up.

Akhtar has a younger budding parallel in Angad (Anud Singh Dhaka), a philosophy student of his who does odd sales jobs on the side. Angad considers himself above topics such as love, though he's decidedly a lot more accepting of sex. He shares this openness with his friend Rashmi Malik (Anshul Chauhan), a physics student who declares “girls only look for love” is a misconception. She is dating Dharam (Paras Priyadarshan) — he shares a flat with his younger brother Sudhir (Priyank Srivastav) and Angad — whose description is limited to Rashmi's words: “good body and good looks”.

Tying the two disparate yet similar groups together is Sudhakar Mishra (Danish Husain), maternal uncle to Angad and a long-lost friend of Akhtar's, who was better than him at philosophy in college but chose the tailoring family business route. Akhtar accidentally runs into Sudhakar at a local poetry recital, where his fascination for the art-form is shared by the latter's wife, Mumtaz (Sheeba Chadha). That leaves the guitar-loving schoolgirl Sunaina Garg (Vasundhara Rajput), who is in love with a boy older than him. Sunaina and Sudhir are part of the same music class at school.

Taj Mahal 1989 makes use of fourth wall breaks to propel itself forward from the start, with nearly every character addressing the camera. It's used as an exposition device, with them barking their background, motivations, and value systems, or as commentary, be it discussing other characters' actions or making anachronistic jokes. The latter includes a reference to Tinder, which makes it feel as if the writers are worried that a portion of their target audience may not identify with the times. The fourth wall breaks also don't quite gel with the otherwise sincere tone of the series.

But the much bigger issue, at least in the two episodes previewed for critics — there are seven in total — is how Taj Mahal 1989 seems to have been reconstructed in the edit room. That's evident from how the same character is introduced twice, how it inexplicably jumps from one moment to the next, the lack of flow to how one scene follows into another, and the way certain scenes end with an abrupt fade-to-black. All of it signals problems in post-production. There's also an overuse of frivolous insert and establishing shots that are neither one nor the other, and convey little except the director's nostalgia.

From Brooklyn Nine-Nine to Narcos: Mexico, TV Shows to Watch in February

Of the many actors, Kabi, Kulkarni, and Chadha are instantly believable in their roles, though the last of them isn't given enough to do, at least in the first two episodes. Husain is given the job of being the wise old man, as he becomes the medium through which Taj Mahal 1989 broadcasts its views. Among the younger ones, Dhaka is the early standout as he's given the most attractive lines, though some of them are a little too on the nose in their preachiness, including the invoking of a top quote from Kurt Vonnegut's influential sci-fi novel, The Sirens of Titan.

The Netflix series is better off when it's naturally woven in, as is the case when Akhtar invokes Faiz Ahmad Faiz's nazm “Mujh Se Pehli Si Mohabbat Mere Mehboob Na Maang” on the dinner table with Sudhakar and their wives. Sarita, who couldn't care less for poetry, is left unimpressed by the lack of romance in it. Mumtaz chimes in to note that it wasn't written for a lover, but revolution. At a time when the far right has attempted to paint Faiz's words as communal, it becomes a quietly powerful moment. It's a rare political foray — even this is accidental, after all — though given its setting, Taj Mahal 1989 could have done well to blend the personal and the political more often, as Faiz was famous for.

Taj Mahal 1989 is out Friday on Netflix worldwide.