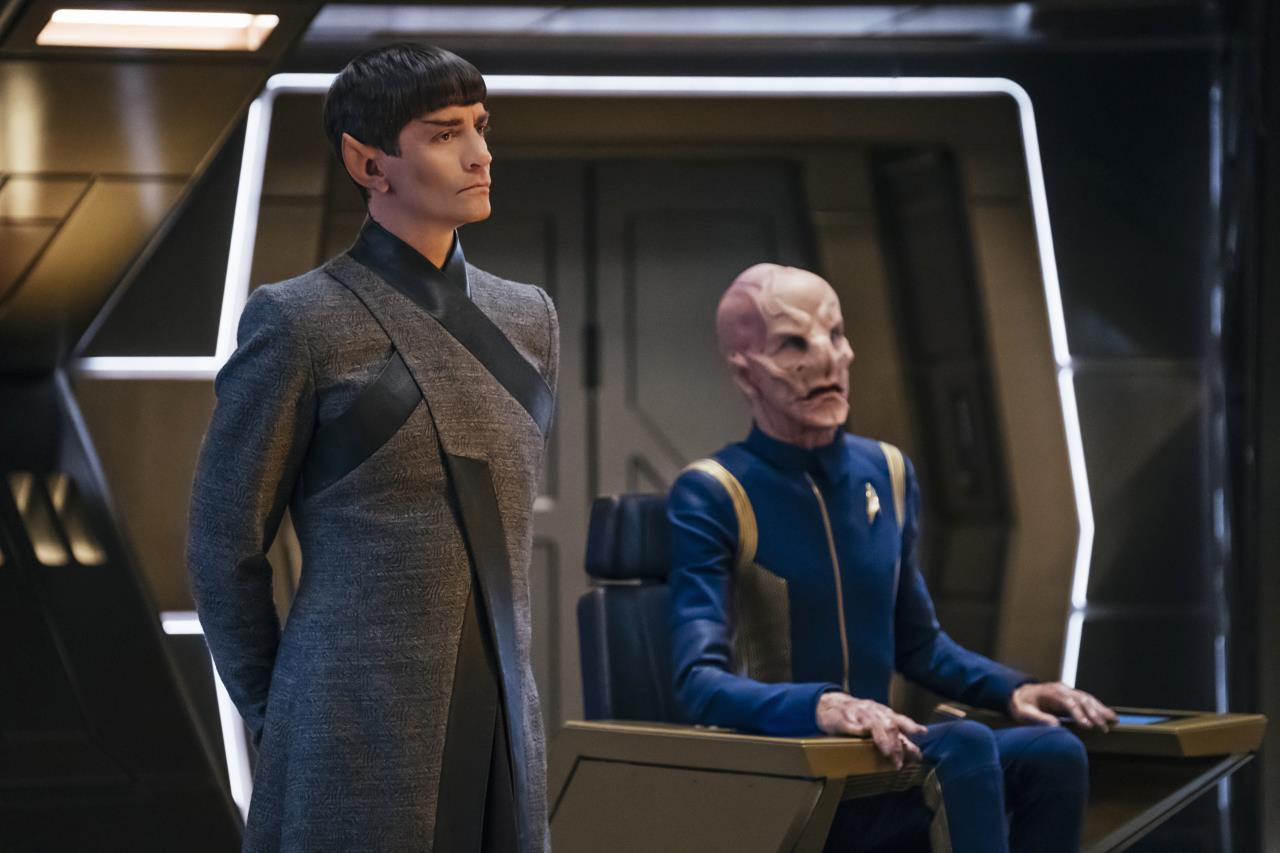 In its first year, Star Trek: Discovery has committed nearly every misstep in the book. But the best thing the show achieved in the second half of its first season – which ended this week with the season finale, “Will You Take My Hand?”, available on Netflix – was the commentary provided by the Mirror Universe that it's all too easy to give into our worst tendencies if we're not careful, and slide into autocratic rule with supremacist ideologies.

Discovery successfully argued that the worst versions of our beloved characters aren't all conveniently present in an "evil" universe, but rather have become so as a result of the choices they made at crucial times. And if the seemingly better versions of those characters made similar choices in the universe they're originally from, they would start to resemble each other, as happened briefly on Discovery.

It's what brought Starfleet so close to genocide on the Klingon home-world Qo'noS, appointing the Terran Philippa Georgiou (Michelle Yeoh) to lead the Discovery once again, a desperate measure in desperate times. Michael Burnham (Sonequa Martin-Green) had to be the one to intervene, and say she'd rather mutiny (again) than abandon her Federation principles, a moment that united her ship-mates in an unnecessary cheesy fashion, with all of them slowly standing up one-by-one.

If that moment felt poetic, it was designed to be. In an interview, co-creator Alex Kurtzman – co-writer on J.J. Abrams' both Trek films – said: “The whole season was reverse engineered from the ending that we know that we wanted. Really the big driver there was [Burnham’s] arc and the confusion about how and why she decided to mutiny in the pilot to the absolute certainty that it was the only way to protect the ideals of the Federation."

That's classic character building, bringing back an earlier point to finish the circle, and imparting a lesson to the protagonist – and in turn, to the viewers – in process. Burnham has seen a lot of failures over the course of the show's first season, right from her inability to protect Captain Georgiou at the Battle of the Binary Stars to her lover Ash Tyler (Shazad Latif) turning out to be the Klingon Voq (a subplot many predicted long before the official reveal), and Star Trek: Discovery provided some redemption in the finale, with Sarek (James Frain) handing back her Starfleet pin.

Of course, the threat of Klingon obliteration couldn't have been realised; Discovery is set before the original 1966 Trek series, where it's all good. But it did help the writers undercut everything we've always been told about the utopian Starfleet – which was their primary aim with Discovery,offering a realistic, dark and cynical version of Gene Roddenberry's project in the age of Game of Thrones – and help serve as the catalyst for ending the Federation-Klingon War, which was meant to last for the duration of Star Trek: Discovery's first season.

But despite all that plot, what the show couldn't achieve was a satisfactory conclusion, be it for its full-season arc or with the cliff-hanger in the finale. After L'Rell (Mary Chieffo) gets the bomb detonator from Burnham, why would she threaten her own people with full-scale destruction? Wouldn't it be easier to unite the Klingon empire by defusing the bomb and go ahead with the attack on Earth?

L'Rell herself said the Klingons wouldn't relent until they were conquered, so why would they choose to stop the war when they hold all the cards? It doesn't make sense. When the US wanted Japan to surrender in World War II, they didn't hand the keys to the nuclear weapons over to the enemy. Starfleet would lose the moral high-ground if it ever took America's cue, but it'd have been a lot more believable, especially when you're facing annihilation in a war.

The bigger problem for Discovery, though, has been the lack of desire to explore the Klingon race. While the show kept killing off its leaders one after another in the first half of the season, it relegated them to non-existence once the USS Discovery entered the Mirror Universe, which occupied a large part of the season's second half. Even L'Rell, the Klingon prisoner aboard the Discovery, spent most of the runtime in a cage, sticking around for the finale.

Unfortunately, the Klingons aren't the only ones affected by haphazard writing. If the confirmation of Tyler being a human-Klingon hybrid wasn't disappointing enough, the character has virtually stagnated since then, and sending him with L'Rell towards the end of the finale of Star Trek: Discovery season one seemed like an acceptance on behalf of the writers that the character had ran out of its arc.

Discovery's old captain Gabriel Lorca (Jason Isaacs), who had a major influence on the crew, was never properly discussed since he turned out to be an impostor. Hugh Culber (Wilson Cruz), the ship's medical officer, was also promptly forgotten after being murdered by Tyler/Voq. And no one in Discovery's crew – except the ones who knew – seemed to think that the returning Captain Georgiou displayed traits of a far more authoritarian ruler, like the one they saw in the Mirror Universe.

For what it's worth, it was a joy watching Yeoh lean into Evil Georgiou, freed from the principles and responsibilities that come with being a Starfleet officer. She got to deliver lines with an irreverent swagger, even throwing references to the original series, and have her way with green strippers, thereby add a jolt of fun to the grim proceedings and serious demeanour of the people around her. It's likely why she gets her freedom so easily; Discovery's writers love the option to have her back later.

Speaking of later, the gaps in the writing are signs of originally-developed storylines being expanded to fit more seasons. You can see the blueprint for co-creator Bryan Fuller's anthology plan amidst the existing structure of Star Trek: Discovery's first season, what with multiple main characters being killed off across the episodes. But CBS disagreed with the idea, asking him to make a serialised show, and Fuller eventually left after further disagreements.

The result has been all over the place at times, but it can't be said that Discovery hasn't tried something new. In that at least, it has boldly gone where Star Trek hasn't before. Now hopefully, its meeting with the USS Enterprise – currently in the hands of Captain Pike, Kirk's predecessor – will be more than just mere fan service.

Star Trek: Discovery airs on CBS All Access in the US, and on Netflix in India and around the world.