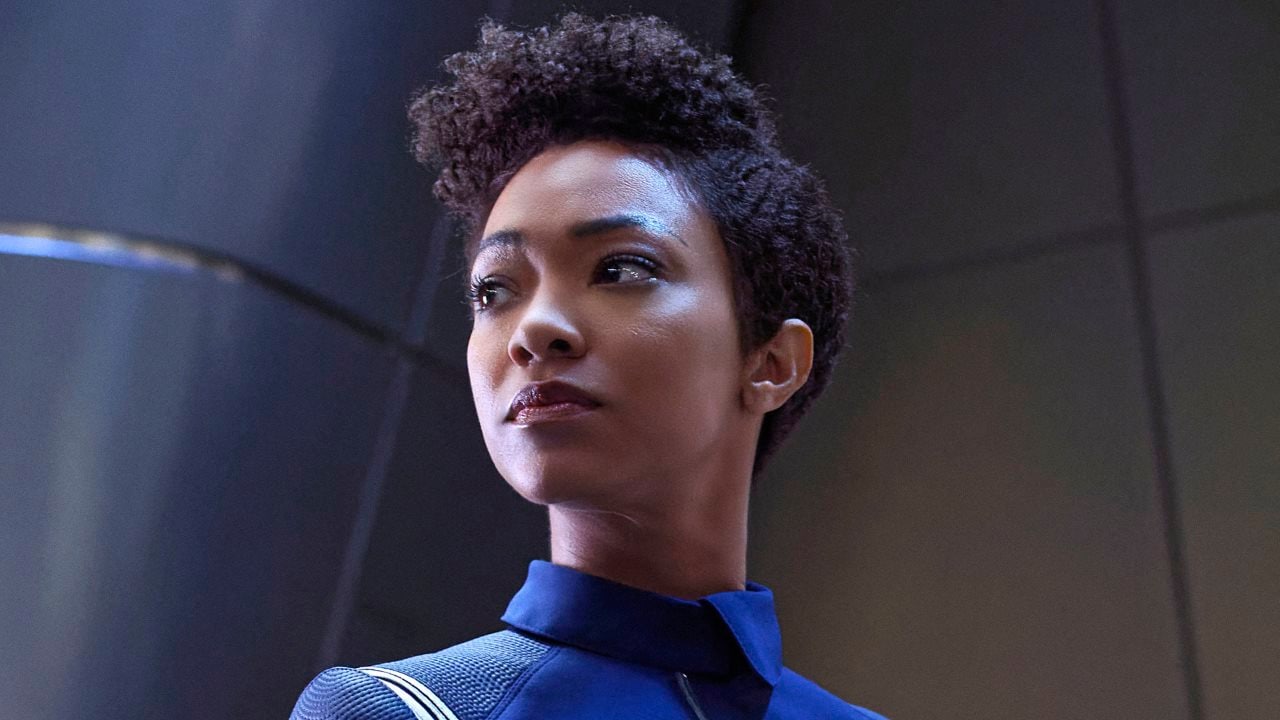 With an episode high on action, mystery and intrigue, Star Trek: Discovery – the latest addition to the five-decade-old franchise, airing on CBS All Access in the US and available on Netflix in India and around the world – closed the lid on the first chapter of its maiden voyage. The show will return with its second half of six episodes in almost two months’ time, on January 7. That makes this the perfect time to reflect on what we’ve seen yet, and predict what we can expect come 2018.

Unlike its TV predecessors, Discovery has opted for the high-octane pace and sleek stylishness that J.J. Abrams brought to Star Trek with his 2009 reboot, which has since spawned a trilogy with more on the way. It’s a much more recognisable form of Trek to recent fans – one that involves CGI streaks when a ship goes into warp, among other things – and it’s also why so much of the first season is based around a Federation-Klingon War, since that inherently increases the excitement factor.

For what it’s worth, future seasons of the show are going to be different. In an interview at an event last week, showrunner Aaron Harberts said they’re looking at each season of Star Trek: Discovery as a novel. "Season one is the war novel and we won't be doing another war novel," he added. Essentially, Discovery has used war and violence the way HBO shows use nudity, to draw audiences in, and will then pivot into the kind of show it wants to be. It’s why Game of Thrones cares a lot less about asking its actors to undress now, because it already has our attention.

Jason Isaacs as Lorca, and Shazad Latif as Tyler in a still from Star Trek: Discovery
Photo Credit: Jan Thijs/CBS

For Star Trek: Discovery, that’s both interesting and troubling. On one hand, it means we might get to see more exploratory long-arcs from season two onwards, the kind Lorca (Jason Isaacs) hinted at during his manipulative chat with Stamets (Anthony Rapp) in the latest episode “Into the Forest I Go”, which served as the mid-season finale for the show. But on the other, that means Discovery will have to wrap up this war by the end of season one. With Lorca and his crew stranded god knows where, and only six episodes to go, that’s a big ask.

The good news is that Discovery has already taken down an important Klingon vessel – the Ship of the Dead – along with its captain Kol (Kenneth Mitchell), who had managed to successfully unite the warring Klingon factions with the promise of invisibility cloaks. Plus, they’ve cracked the Klingon’s cloaking tech, which will be a big boost for the ailing Federation. It did come at a cost though, with the 133 spore-drive jumps taking a big toll on the health of Stamets, who ends the episode with milky eyes, driven out of his mind.

The bad news (for the viewers and the writers) is that we have no Klingon characters to invest in, given how Star Trek: Discovery has killed off one leader after another. T’Kuvma (Chris Obi) didn’t make it out of the two-hour pilot, Voq (Javid Iqbal) hasn’t been seen since the fourth episode (unless you believe in the fan theory that we’ll get to in a minute), and now Kol is (mostly) dead after his Sarcophagus was blown to smithereens in the ninth episode, the last episode of this year.

Human or Klingon?
That leaves L’Rell (Mary Chieffo), the Klingon warrior who was closest to T’Kuvma and diligently served under Voq, the one who’s behind the torture and sexual assault of Discovery’s security chief, Tyler (Shazad Latif). With all other Klingon chiefs missing, L’Rell has emerged as the focus point owing to her history with Tyler, and the fact that she’s now on the Discovery itself. Of course, that also brings us to the much-talked about fan theory surrounding Tyler, which posits he’s a Klingon spy.

L’Rell’s last line in the latest episode, where she tries to assure a PTSD-stricken Tyler that she will never let anyone hurt him, further contributes to the bubbling mystery. If you haven’t been tracking the rumours, here’s the proposition: Tyler is really the Klingon Voq, which is why the latter hasn’t been seen since we met the former. More proof stems from the fact that there are no images of the actor Iqbal outside his Star Trek prosthetics, and he doesn’t seem to have any online presence.

While Latif has said that he met Iqbal at a party once, other cast members have been decidedly much less open on the topic. It’s a similar case to that of Rebecca Blunt, the as-yet unknown writer of Steven Soderbergh’s Logan Lucky from earlier this year, though it’s much different in the sense that Soderbergh replied that he was offended that people thought she didn’t exist, and that she was only too busy to be part of the press tour. That said, we have yet to hear from Blunt.

Shazad Latif as Tyler, and Sonequa Martin-Green as Burnham in a still from Star Trek: Discovery
Photo Credit: Jan Thijs/CBS

If Iqbal doesn’t actually exist, and was purposefully created as a distraction for viewers, it may well mean that Tyler’s torture memories are nightmares stemming from a surgery to alter his physical appearance, and that his relationship with L’Rell could very well have been consensual. That would also explain how he “survived” seven months in a Klingon prison, much longer than anyone normally does. It turns the budding relationship with Burnham (Sonequa Martin-Green) into a tragedy, but it would also be a cheap writing tactic on part of the writers.

The trouble is that even as it would poison every nice interaction he’s had with Burnham these past few weeks – from learning to be human to falling for each other in the time-loop episode – it would fit in with Trek lore, as it’s something that’s been done before, in the season two episode “The Trouble with Tribbles” of the original series. Hopefully, Discovery has charted a better course for itself, one that doesn’t involve a furry animal conveniently solving a plot point.

Not bold enough
These are early days for a TV show and Star Trek: Discovery is still finding its feet. By having the ship’s crew figure out the Klingon cloaking tech, the show has likely ended up breaking the Trek universe continuity, given that The Next Generation's Jean-Luc Picard and his officers aboard the Enterprise were unable to do so, despite living a century into the future. I’m sure the writers will come up with an explanation, as they must for the closing shot of the mid-season finale, which sees the crew lost somewhere in space. Though Lorca might have a clue, since he overrides the final spore-drive jump they make.

But given what we’ve observed, it’s mostly the mirror universe, the one where everyone has an evil counterpart of themselves. The first hint came in the fifth episode, when Stamets walked away from the mirror but his reflection didn’t, and watched him leave. Add to this that some believe Lorca is himself from the alternate dimension, and has been trying to find a way home. Moreover, Jonathan Frakes – the Next Generation actor who’s the director for the tenth episode – revealed in September that Star Trek: Discovery would be doing a mirror universe episode, which likely means it’s his that will be it.

Anthony Rapp as Stamets, and Wilson Cruz as Culber in a still from Star Trek: Discovery
Photo Credit: Michael Gibson/CBS

One aspect that Discovery has been praised for is laying the groundwork for a diverse show, be it the casting or the relationships. It’s done that, to an extent. The protagonist, played by Martin-Green is African-American, Latif is of mixed English, Scottish and Pakistani descent, both Rapp and the actor who plays his homosexual partner on the show, Wilson Cruz, are openly gay (the latter also Puerto Rican), and there’s a bit part for Patrick Kwok-Choon of Sino-Mauritian heritage.

But there are still big gaps here. The only characters played by actors of Chinese or Indian descent – Philippa Georgiou (Michelle Yeoh) and Ellen Landry (Rekha Sharma) – were both killed off after appearing for two episodes each. When one of out every three people on the planet is either Indian or Chinese in 2017, why are there so few of them in a utopian 2256? Unfortunately, Trek has never had a good history of Indian representation, with only bit parts for Persis Khambatta, Vijay Amritraj, Reginald Lal Singh, and Kavi Raz.

Even the most recognisable Indian name in Trek lore – Khan Noonien Singh – has never been played by an Indian actor, with the role handed to Benedict Cumberbatch in 2013’s Star Trek Into Darkness, and the canon explanations such as Eugenics Wars are mere plot points that attempt to cover up the sad state of affairs. That’s why it’s all the more important for Discovery to rectify past mistakes, and boldly go where no other Star Trek series has gone before.

Star Trek: Discovery airs on CBS All Access in the US, and on Netflix in India and around the world. Nine episodes are currently available, with the first season finale set for February 11.