Unlike many other superheroes, Spider-Man has usually been portrayed as a teenager, attempting to balance the excitement of his school life with cleaning up local crime. It’s what gave rise to the 60s-comic book tagline – “Just your friendly neighbourhood Spider-Man” – and it’s what Tony Stark (Robert Downey Jr) asks of our newest Peter Parker (Tom Holland) in Spider-Man: Homecoming, after his brief heroics in Captain America: Civil War.

As a reminder for its audience, the film does an interesting rehash of his time in the spotlight – from getting on a private plane to Berlin and stealing Cap’s shield – all while Peter geeks out over what he’s getting to do. He’s a manifestation of every child’s dream, who’s had the privilege of meeting his heroes. And as soon as he’s back from his intercontinental trip, he’s eager to embark on the next adventure, chomping at the bit to feel the thrill and get some validation from his mentor.

Stark has left him in the care of his assistant Happy Hogan (Jon Favreau), whom Spider-Man constantly badgers to see if there's any scope for putting on his superhero costume. And when he’s repeatedly stonewalled and exasperated with the lack of action, he goes off looking to be a hero on his own. But this new Spider-Man is still a high-school kid, and he’s still learning his way through new powers (and a new suit) he cannot fully grasp. Homecoming understands what that means better than most, and it turns his story into a coming-of-age tale.

Spider-Man: Homecoming begins by establishing Adrian Toomes (Michael Keaton) as a salvage contractor for the city tasked with clean-up after the Chitauri invasion in 2012’s The Avengers. But after a special government body, in association with Stark Industries, forces him out of work and puts him in debt, Toomes begins to develop a grudge against the billionaire. Instead of handing over the alien technology, as instructed, he and his motley crew start developing and selling weapons to any interested parties. Toomes builds a giant flying wing suit for himself, replete with two giant rotors and a night-vision headset.

Peter Parker meanwhile, is trying to go back to the drudgery of his high-school life. He’s much more focused on being Spider-Man after school – which he euphemises as the “Stark internship” to friends and family – but he's also the smartest kid in school, as his crush Liz (Laura Harrier) says at one point. He has a geeky friend in Ned (Jacob Batalon), who serves as the perfect surrogate for audience reactions after Spider-Man accidentally reveals his identity. The two of them spend most of their time together, building Lego Death Stars and elaborate handshakes.

It seems like a nice life for a 15-year-old but he wants more than just catching bike thieves and helping New Yorkers with directions. From the very beginning, Spider-Man: Homecoming shows how our new Spidey tends to get himself into situations he's not fully equipped to handle. When he attempts to stop a bank robbery one night, it goes horribly wrong after the robbers turn out to be carrying the alien tech being peddled by Toomes. In his willingness to prove himself, Spider-Man tries too hard to do some good, and that backfires on him. 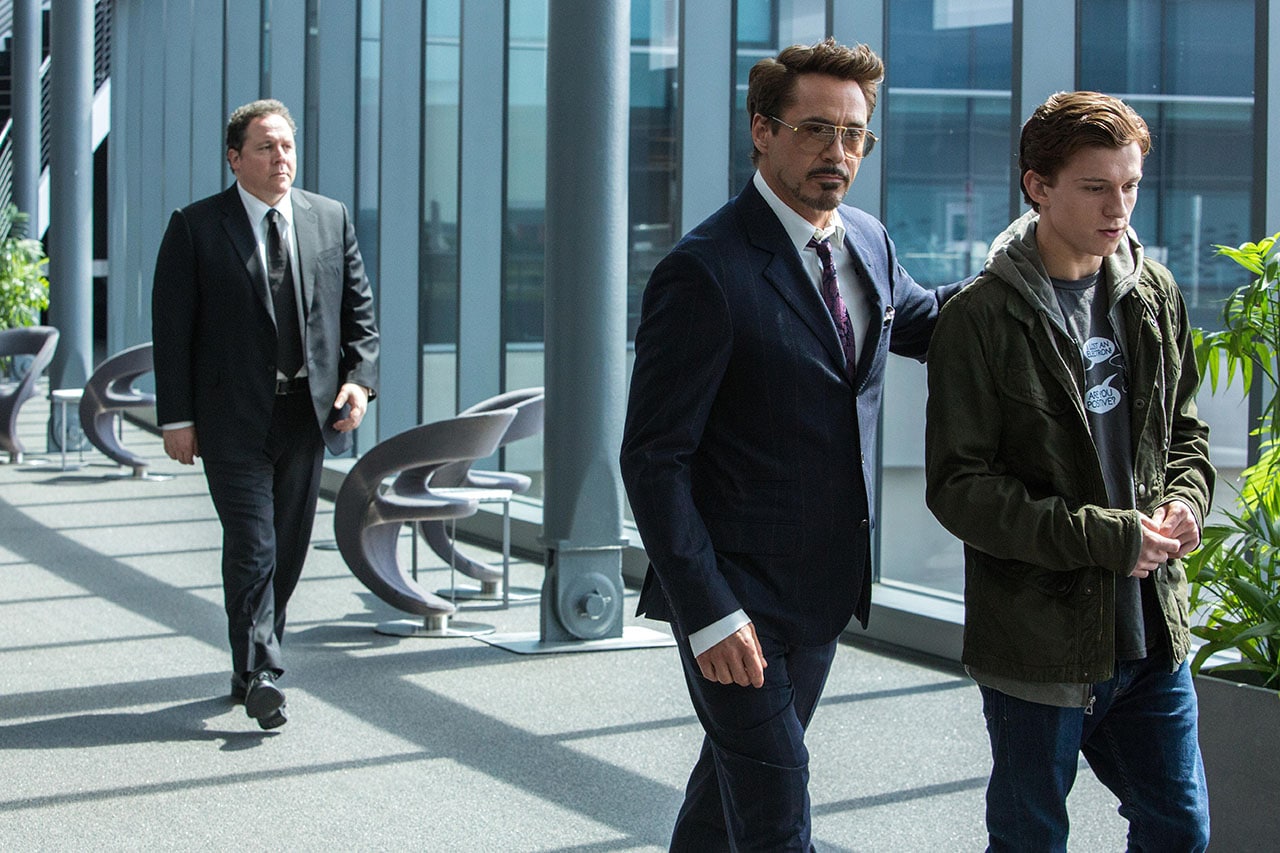 Stark instructs him to stay in his lane, and let the big boys handle whatever pops up. But owing to his over-eagerness and inexperience, Holland's teenage Spider-Man lands himself in tight spots again and again, and ends up trying to solve mess after mess of his own making, all of which centre around the activities of the main villain, Toomes. Peter’s attempts at being a hero always end up causing trouble for the people around him, and the film is smart enough to lay plain the effects of playing with fire.

Due to his age, there’s still a part of him that wants to do normal teenage stuff, such as house parties and late-night pool dips. And the entire film is a showcase of those two opposite forces – the hero life and the normal life – and Peter’s struggle and fallibility with sticking any sort of balance. Neither of those two come naturally to him: he’s awkward around his crush and doesn’t have any friends beyond Ned; and he’s careless as a superhero, knocking down tree-houses and destroying fences in his wake.

The film draws a lot of its humour out of these routine frustrations, and it’s credit to director Jon Watts (Cop Car) for expertly steering a tentpole fixture that could’ve easily dissolved into befuddled mayhem owing to the committee of his five co-writers. And that’s far from the only well of comedy for the film, thanks to the limitless capabilities of the Iron Man-designed suit – which turns out to have a Jennifer Connelly-voiced AI – in addition to how Peter is continuously treated as a child by Stark who watches his every move, and his best friend geeking out over his every move.

That said, Spider-Man: Homecoming does have its share of dark moments, for what is ultimately a story about growing up. Though Keaton doesn’t get enough to bite his teeth into, a smart third-act twist that allows for a chilling conversation between Peter and Toomes is an exception. It’s the young Spidey’s first encounter with murderous villainy, the kind that takes no prisoners, and he’s visibly shaken and speechless after said interaction. 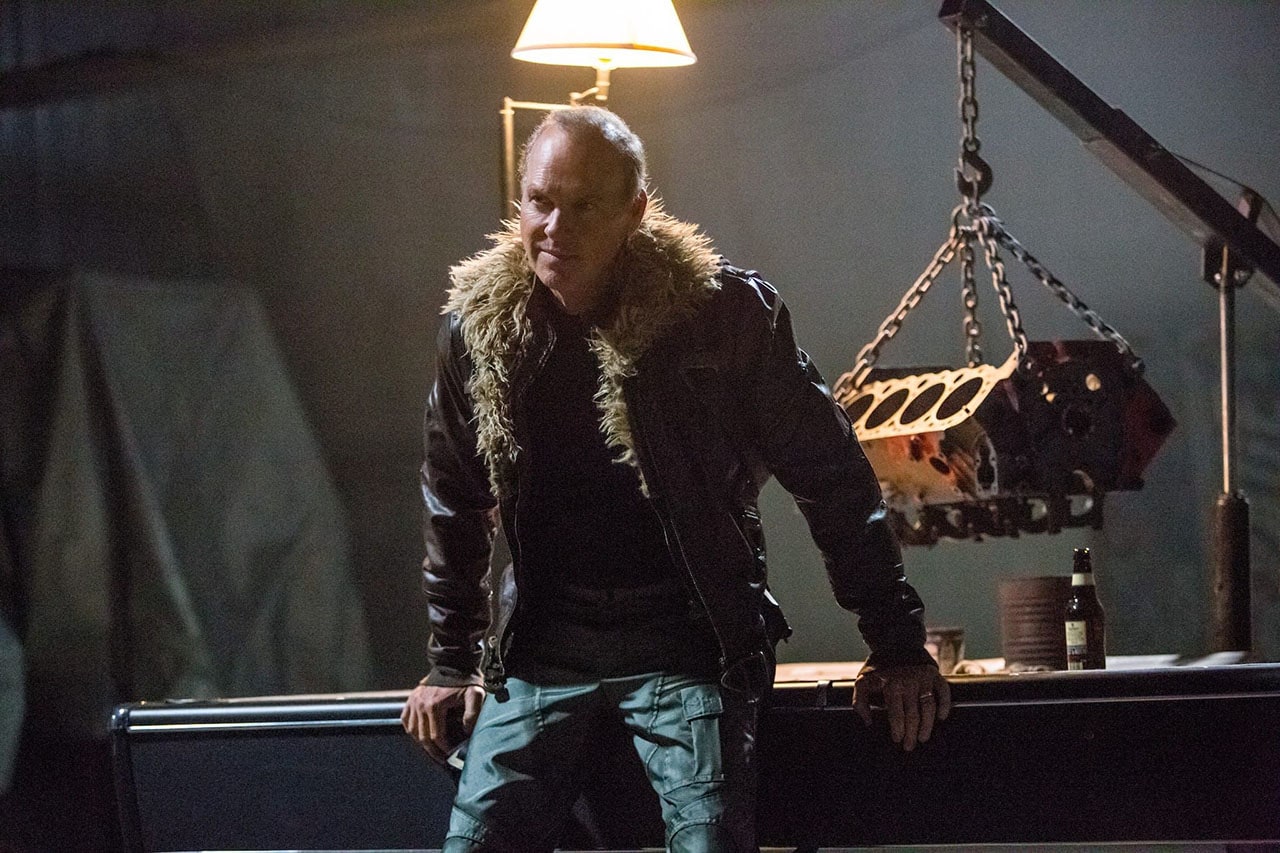 Toomes’ justification of his actions - providing for his family and the families of those who work for him - makes him a more credible villain that most others in the Marvel world. After Spider-Man accidentally comes across his men selling alien weapons on the black market, Toomes takes drastic steps to remind them how important it is to stay under the radar, and avoid having to deal with the likes of the Avengers.

Ultimately, the film is brimming with optimism and wears its heart on its sleeve. It lets Spidey be his wacky, joyous, awkward, curious, and playful self, and that Holland shines in the role only helps Homecoming ascend further heights. After the disasters of the earlier reboot in The Amazing Spider-Man duology, fans of the superhero were right to be sceptical of a third take on the idea under a decade. Holland's cameo in Civil War partly waved those fears away, and Homecoming is a triumph of that youthful spirit.

While MCU films have generally served as reminders that superhero adventures needn’t be a grim and gritty exercise, the film’s storyline is also proof not all of them must deal with world-heavy stakes. By keeping it more personal, Spider-Man: Homecoming explores the boy underneath that suit, and ties that back into a meaningful tale for people of all ages. The film is about Spider-Man facing what it means to be a hero, and what that entails. But instead of saying it as a fancy dialogue, it shows how great power brings great responsibility.

Further reading: Marvel, MCU, Iron Man, Spider Man, Spider Man Homecoming
Akhil Arora Email Akhil Akhil Arora covers entertainment for Gadgets 360, interviewing stars such as Christian Bale and Anurag Kashyap, covering series premieres, product and service launches across the globe, and looking at American blockbusters and Indian dramas from a global socio-political and feminist perspective. As a Rotten Tomatoes-certified film critic, Akhil has reviewed over 150 movies and TV shows in over half a decade at Gadgets 360. When he is not completely caught up with new film and TV releases, Akhil ...More
Amazon Invests Rs. 1,680 Crores More Into India Unit to Strengthen Operations
Assassin's Creed Anime Series Now in Development

Spider-Man: Homecoming Is Exuberant All the Way Through
Comment