Hey, at least, Hotstar is consistent.

For the past week, Hotstar has been making waves for the unexpected early arrival of its parent company's new streaming service — Disney+ — in India. That's now on hold, but it comes with the promise of many new originals from Star Wars and the Marvel Cinematic Universe. Amidst all this though, you could be forgiven for forgetting that Hotstar has its own local originals as well — called “Hotstar Specials” — which failed to make waves because of the quality, or lack thereof, of the six series released last year.

That trend unfortunately continues with Special Ops, an action thriller series about Indian agents chasing an international terrorist, from a writer-director who has made this his specialty: Neeraj Pandey. His previous efforts in the genre include A Wednesday!, Baby, and Aiyaary, with a close cousin in Special 26. Written by Deepak Kingrani (Pagalpanti), newcomer Benazir Ali Fida, and Pandey, Special Ops is a mess on both paper and screen.

Things literally happen because the writers needed them to happen, and the movie lies to the audience to serve its plot twists, prioritising plot mechanics over its characters. None of its characters have any progression or arcs, so to speak, and they are discarded as and when the narrative doesn't need them. Special Ops is both incoherent and rudderless as the finale approaches, and there are more loose ends than you count by the time it wraps up.

Special Ops swings between two opposite character states: cold-blooded expertise and foolhardy incompetence. A terrorist mastermind who casually strolls into a high-security government complex is the same individual who doesn't know how to root out a mole in his organisation. Spies who have been embedded for years and are shown to communicate well fail in both regards on multiple counts. Similarly, the Hotstar series' tone is all over the place. It has no sense of how editing works, with its uneven cutting and background score undoing the momentum and emotion it craves. Special Ops lacks in technical skill across the board, especially its terrible use of slow motion, as a way of time stretching, that you would have hoped was a soap opera relic.

On top of all that, Special Ops continues Pandey's routine: a relentless focus on radical Islamic terrorism, with “good” Muslims involved in stopping them. The Hotstar series isn't outright Islamophobic as, say, Netflix's Bard of Blood, where Muslims were portrayed as barbaric, but there's something insidious about its “bad Muslims” talking differently than their opposites, which covertly signal to the audience that they are unlike “us”. Special Ops also signals Pandey's desire to upend the Islamophobic perception, with bizarre results. A last-minute twist seemingly attempts to make us reflect on our prejudices, but it's such a stupid bait and switch that it only serves to confound, while failing to address the very real problems of its setup.

We open at the 2001 attack on the Parliament of India, before jumping eighteen years forward to an internal inquiry into RAW agent Himmat Singh (Kay Kay Menon, from Shaurya). For nearly two decades, Himmat's been after a terrorist with the alias of Ikhlaq Khan — essentially a MacGuffin for most of the show's runtime — in whose pursuit he has spent vast resources on his team of five agents spread across Asia. Himmat believes Ikhlaq is the mastermind behind the aforementioned Parliament attack and several more across India. But here's the catch: no one believes Himmat. And with nothing to show for it after all this time, the investigators force Himmat to recount what exactly he's been up to with the millions he's seemingly wasted on chasing a ghost.

That acts as the gateway to introduce its supporting cast, and dive into Himmat's past. Amongst the former, we've Delhi Police cop Abbas Sheikh (Vinay Pathak, from Bheja Fry) who becomes close to Himmat post-2001. And then there's the said team of five: the Dubai-based Farooq Ali (Karan Tacker, from Ek Hazaaron Mein Meri Behna Hai), the Tehran-based “housewife” Ruhani Syed Khan (Meher Vij, from Secret Superstar), the Istanbul-based chef Balakrishna Reddy (Vipul Gupta, from K. Street Pali Hill), the Baku-based sniper Avinash (Muzzamil Ibrahim, from Dhokha), and the always-travelling Juhi Kashyap (Saiyami Kher, from Mirzya). Farooq is the only one whose background is properly sketched out though, with the others not getting more than a line or two. 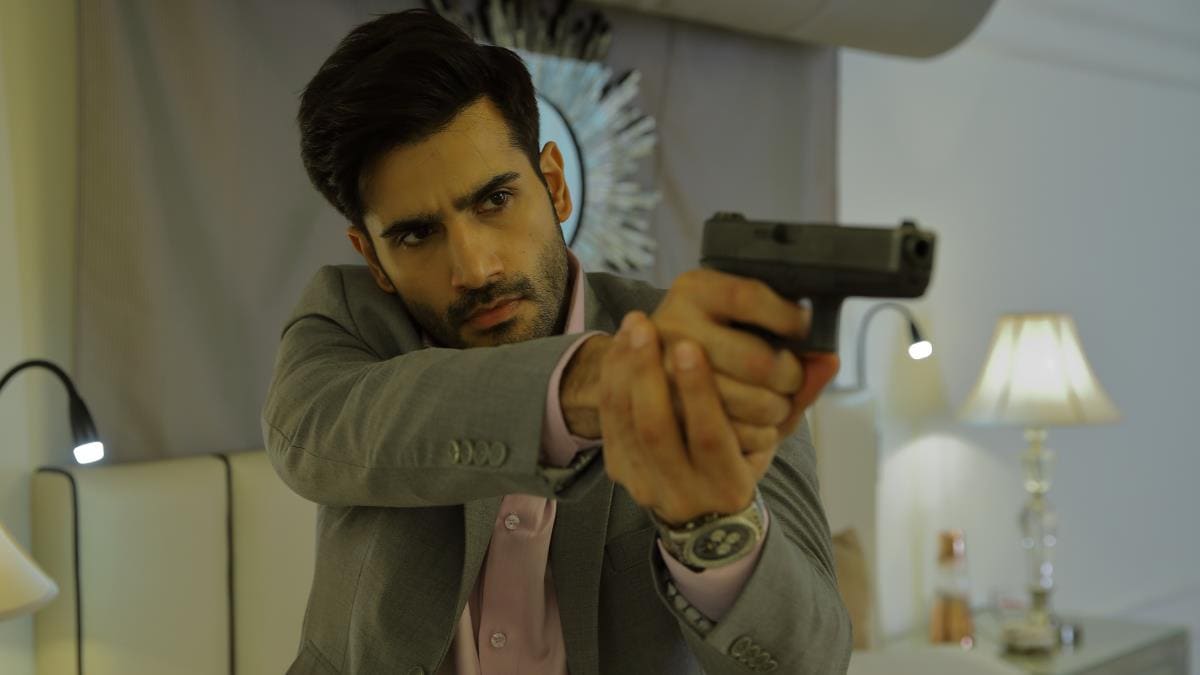 As for the latter, Special Ops is lazy with its exposition at times, explaining what we've already seen or talking about what those in the room already know. But the bigger problem for the Hotstar series is its complete inability to generate the requisite thrills. To begin with, unlike say with a Mission: Impossible, Himmat doesn't run around the world chasing Ikhlaq. Instead, he spends most of the on-screen time between three indoor locations: his office, his home, and another office. Sure, it might be logical for someone in his position, but it hardly makes for good TV when the protagonist is never seen in action (minus the opening episode). It may well be unconvincing to put a desk jockey in the field, as was the case early on in Jack Ryan, but there's a reason shows do it.

And it's not like logic is dear to Special Ops anyway. It's thrown out the window in the pursuit of comedy, with bosses endangering their agents in the line of duty for a relatable everyman joke, or agents getting sources to talk in ways that would be more fitting in a Charlie Chaplin slapstick. It's thrown out to make the villain seem menacing, even as it goes in the face of the agents' protocol and training. It's thrown out to let the good guys escape and live another day. It's thrown out to simplify the plot. And sometimes, it's thrown out because... it can? Additionally, Special Ops has little consideration for real-life rules such as different time zones, or even those boundaries it has set for itself, whose oblivious disregard shatters all concept of realism in the Hotstar series.

Special Ops is also not considerate of the money at its disposal. (If you wait through the credits, you'll be greeted by a Dolby Atmos logo, which is very funny because Hotstar is still stuck in the stereo sound era.) Despite clearly having the biggest budget of any Hotstar original to date — you can tell that from the locations it has access to — it looks humdrum. That's down to uninspired direction from Pandey and Shivam Nair (Naam Shabana), in combination with pedestrian cinematography and colour grading. In the opening sequence, there's an establishing shot every fifteen seconds. In other places, it doesn't know what to film or where to focus. All that contributes into making a show that drags its feet moment by moment, scene by scene, and ultimately, episode by episode.

It's somewhat poetic, that just like its botched, half-baked rollout of Disney+, Hotstar is also capable of bungling a straightforward action thriller. Can it do anything right?

All eight episodes of Special Ops are now streaming on Hotstar worldwide.