Solo: A Star Wars Story Has Lots to Show, Nothing to Say

Alden Ehrenreich as Han Solo, and Joonas Suotamo as Chewbacca in Solo: A Star Wars Story

Last year, George R.R. Martin – the author of A Song of Ice and Fire series of novels that have been adapted at HBO – said that of the several Game of Thrones spin-off ideas in development, not even one touched upon the period immediately prior to the current saga. “There would be no surprises or revelations left in such a show, just the acting out of conflicts whose resolutions you already know,” he added. Instead, Martin wants them to show parts of his universe that haven't already been talked about.

On the other hand, the powers that-be at Lucasfilm – under Disney’s ownership – are more than happy to take the safer route and expand on events and characters we already know about, as it guarantees a financial windfall by drawing most if not all existing fans of the franchise. Partly thanks to Harrison Ford, Han Solo is one of the most famous characters in pop culture, let alone Star Wars. Telling his origin story, as the new standalone Star Wars film – Solo, out May 25 worldwide – does, is the definition of low-hanging fruit.

What makes that problem worse is that even before it starts, the big pieces of the puzzle are already in place. Owing to the original trilogy – now retroactively titled Episode IV, V and VI – that ran from 1977-1983, we know Han will meet Chewbacca, the two will then encounter Lando Calrissian, from whom Han will win the Millennium Falcon in a bet, with which he’ll make the Kessel Run in less than 12 parsecs. That's not a lot of room to create a meaningful story – written by Star Wars veteran Lawrence Kasdan and his son Jonathan – in addition to the fact there’s no stakes for our heroes.

On top of that, Solo: A Star Wars Story is also dealing with a limited arc for a young Han, since he has to end up as the cocky and overpromising guy Luke Skywalker and Obi-Wan Kenobi meet in the Mos Eisley cantina. And that means the film can’t attribute qualities to him that you wouldn’t normally associate with him, even though he’s about a decade younger in this than in the original trilogy. That doesn’t mean it doesn’t try; Solo has moments where it pokes fun at his ill-advised bravado, but it’s still filling in the portrait of a guy who thinks he can do everything himself.

Solo: A Star Wars Story begins by introducing the pair of Han (Alden Ehrenreich, from Hail, Caesar!) and Qi’ra (Emilia Clarke, from Game of Thrones) on their homeworld of Corellia, who are in love and languishing in slum-like conditions. Years later, Han enlists in the Imperial forces, meets a criminal of dubious morals named Tobias Beckett (Woody Harrelson, from War for the Planet of the Apes), and then takes on a job for crime lord Dryden Vos (Paul Bettany, from Avengers: Infinity War). That sets Solo in motion and brings other characters into the picture.

What unfolds from there is a part heist and part Western film, as Han and Co. go about achieving their mission – it involves stealing something ultra-valuable and getting it somewhere else as quickly as possible – while making new friends and new enemies along the way. The former involves Lando Calrissian (Donald Glover), the captain and original owner of the Millennium Falcon, and his first mate, a hilarious and outspoken droid called L3-37 (voiced by Phoebe Waller-Bridge, from Fleabag). There are bit part roles for Westworld’s Thandie Newton and director Jon Favreau (Iron Man) as well. 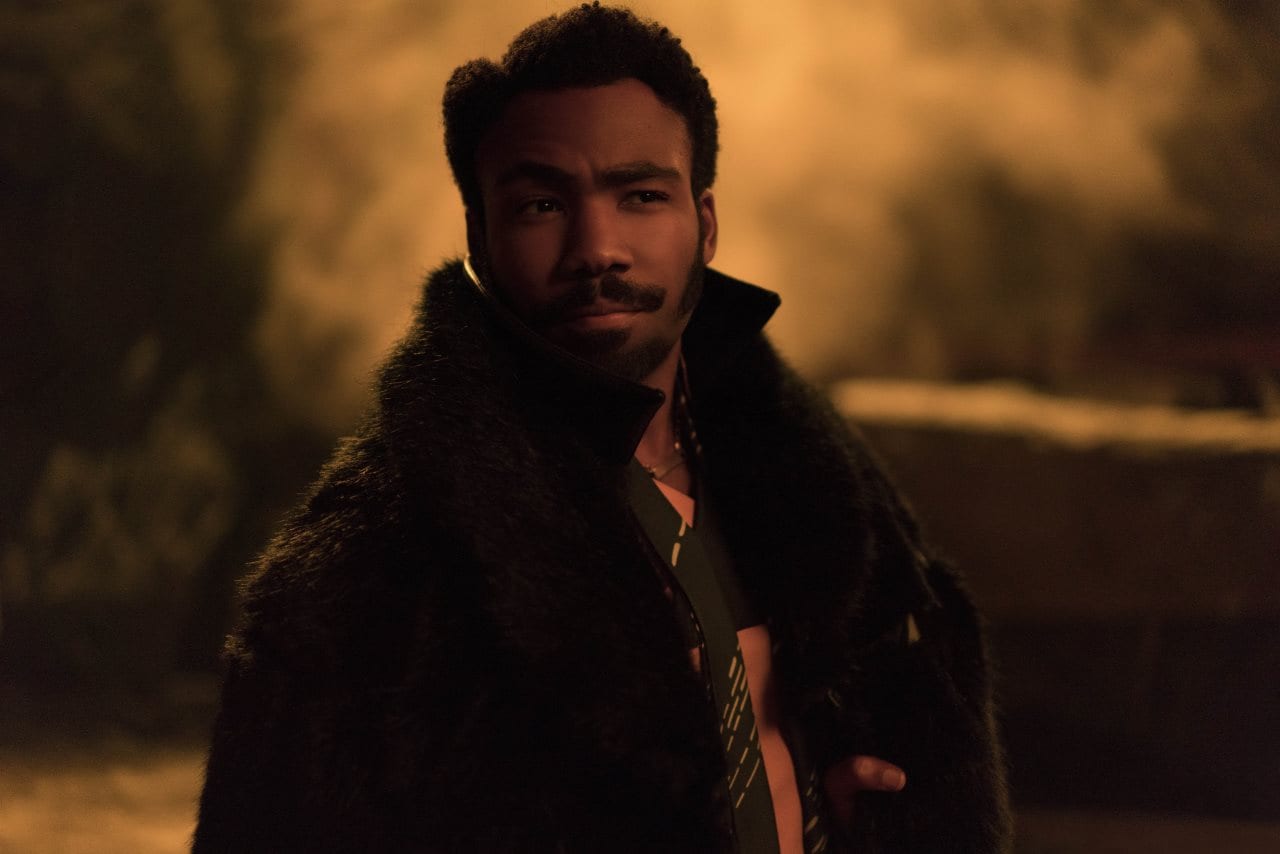 Like the previous standalone chapter Rogue One, there's nothing about the Jedi and lightsabers here, and even less about the Empire or the Force. Similarly, all the new characters Solo: A Star Wars Story introduces are ultimately dispensable too, since none of them can show up in later entries. But unlike Rogue One, the film, seemingly with an eye on potential sequels – Ehrenreich has a three-picture deal in his contract – creates subplots that aren’t tied up properly by the end. It’s here that Solo even connects to the prequel trilogy from 1999-2005.

Unfortunately, there’s little justification for a second visit, when the first is rather unimaginative. Save for a few scattered moments, the film doesn't grab you until an hour in. And though it’s got the makings of some unique action set-pieces, they aren’t handled in a way that would make them memorable. Even when the Millennium Falcon is being attacked by TIE fighters late-game, there's no sense of the excitement that was apparent in J.J. Abrams’ 2015 soft reboot The Force Awakens, and Rian Johnson’s 2017 follow-up The Last Jedi.

Part of this stems from the botched handling of the production. The original directors, Phil Lord and Christopher Miller (The Lego Movie), were fired over four months into filming, after clashing with Lucasfilm execs including Kasdan over their directorial approach. They thought they were hired to bring their comedic flavour to Star Wars, but their heavy improvisational technique – the duo sometimes shot a dozen takes that weren't always in line with what the script said – didn’t sit well with Kasdan, and they were replaced by Ron Howard (A Beautiful Mind), who’s seen as a safe choice.

It’s a testament to Howard’s experience that he not only managed to keep the film on track for its scheduled release, but that Solo: A Star Wars Story feels cohesive despite being the product of two entirely different visions: according to a behind-the-scenes report, 70 percent of the finished film is Howard's, with the rest being the work of Lord and Miller. But because Howard was hired last minute to simply bring the script to life, the film lacks an authoritative touch and ends up feeling like a by-the-numbers bland heist film. 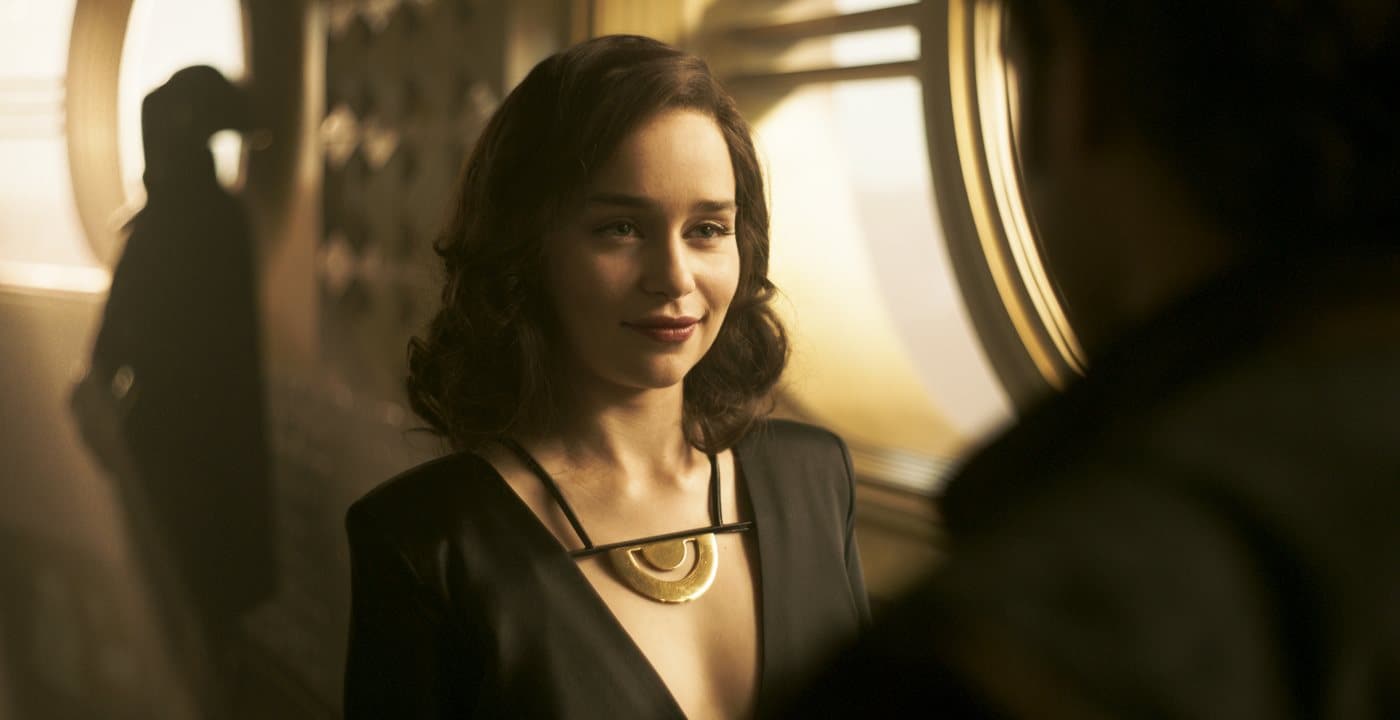 Moreover, less than six months after Star Wars took some of its boldest steps courtesy Johnson – including a welcome dressing down of why trigger-happy hotshots can cause more harm than good – Solo is happy to play it easy. A few unexpected twists towards the end, and the work of its top-notch cast – Waller-Bridge is excellent and powers some of the film’s best moments, Glover is instantly charismatic and a scene-stealer as the trailers promised, and Clarke lands the note she’s asked to play, that of an intriguing yet enigmatic female lead – simply aren’t enough.

Despite how damning the preceding paragraphs may sound, Solo isn’t a bad movie per se. It’s just fine. The film will help buff up the encyclopaedia pages in a certain period, give Disney another chance to sell more Star Wars merchandise, and lays the groundwork for sequels leading up to Episode IV – A New Hope (“Star Wars” for the purists). But it never takes off in a fashion that would please its titular hero – John Williams’ iconic soundtrack is also on a leash for the longest time, unfortunately – mainly because it’s too predictable to make any wild manoeuvres.

We'll never know what Lord and Miller would've done with Solo: A Star Wars Story, even as the underlying story would've been the same. It’s also possible their version would have been horrible, and that Lucasfilm was right in removing them before it was too late. But if Star Wars is going to keep swinging the pendulum back even as its world expands – reports abound of more standalone chapters with Obi-Wan and others, alongside all-new stories from Johnson, Favreau, and Game of Thrones creators – the least it can do is not be borderline cynical about it.

Further reading: Han Solo, Solo A Star Wars Story, Star Wars, Disney, Lucasfilm
Akhil Arora Email Akhil Akhil Arora covers entertainment for Gadgets 360, interviewing stars such as Christian Bale and Anurag Kashyap, covering series premieres, product and service launches across the globe, and looking at American blockbusters and Indian dramas from a global socio-political and feminist perspective. As a Rotten Tomatoes-certified film critic, Akhil has reviewed over 150 movies and TV shows in over half a decade at Gadgets 360. When he is not completely caught up with new film and TV releases, Akhil ...More
Battlefield V Will Not Have Loot Boxes
PS4 DualShock 4 Is the Best-Selling Controller of All Time: Report

product Solo: A Star Wars Story follows a young Han Solo as he meets Chewbacca and Lando Calrissian on an adventure a decade before the original trilogy. Here's our Solo review.

Solo: A Star Wars Story Has Lots to Show, Nothing to Say
Comment