Over six years and a dozen episodes, Sherlock has told the story of an intelligent junkie with a penchant for solving crimes, who more often than not appears out of touch with basic human emotions. Because of it, he’s caused great anguish for people closest to him, including faking his death and then abruptly reappearing in their lives without a word. The Sherlock season four finale 'The Final Problem' probes the true depths of Sherlock’s emotional core, in search of how he came to become the man he is.

Note: spoilers below for the season four finale of BBC’s Sherlock, ‘The Final Problem’.

In a way, Sherlock co-creators Mark Gatiss and Steven Moffat are giving us the origin story of our “high-functioning sociopath”, as he once labelled himself, before shooting a man in cold blood. Its roots lie in Sherlock’s mysterious childhood, the glimpses of which we’ve been shown in seasons past, all seemingly about a beloved dog named Redbeard. But as with everything else in Sherlock, that’s merely the tip of the iceberg, which in this case involves a murdering child – an “era-defining genius” beyond Isaac Newton himself, Mycroft (Gatiss) tells us – with no friends, a burnt-down ancestral home, and a traumatised boy who taught himself to forget it all.

The latest Sherlock episode is cheekily titled ‘The Final Problem’, which is a direct reference to the famous Sir Arthur Conan Doyle story that sees both Holmes and Moriarty fall to their deaths. But at the centre of this 90-minute journey is the cliff-hanger from the previous one – the revelation that there was a third Holmes sibling, a sister in Eurus (Sian Brooke). She’s the same person from the bus John smiled at, the woman who visited 221B to chat with Sherlock posing as the daughter of a magnate, and even assumed the role of John’s therapist, at least until she shot him in the final moments. It turns out, though, that our Dr Watson is alive and well – he was shot with a tranquiliser gun.

That is one of only many puzzling writing choices in the Sherlock season four finale, which feels artificially cobbled together to touch upon a single running theme pertinent to Sherlock the character, even if it doesn’t have any impact on the overall development of our detective, while ignoring the bigger problems – and demons, to borrow the show’s language – that await at the door to this house of cards. The writers and director seem too focused in displaying their own creativity and intelligence, by integrating a variety of set pieces that are meant to enthral and captivate us, but defy any logical sense whatsoever. 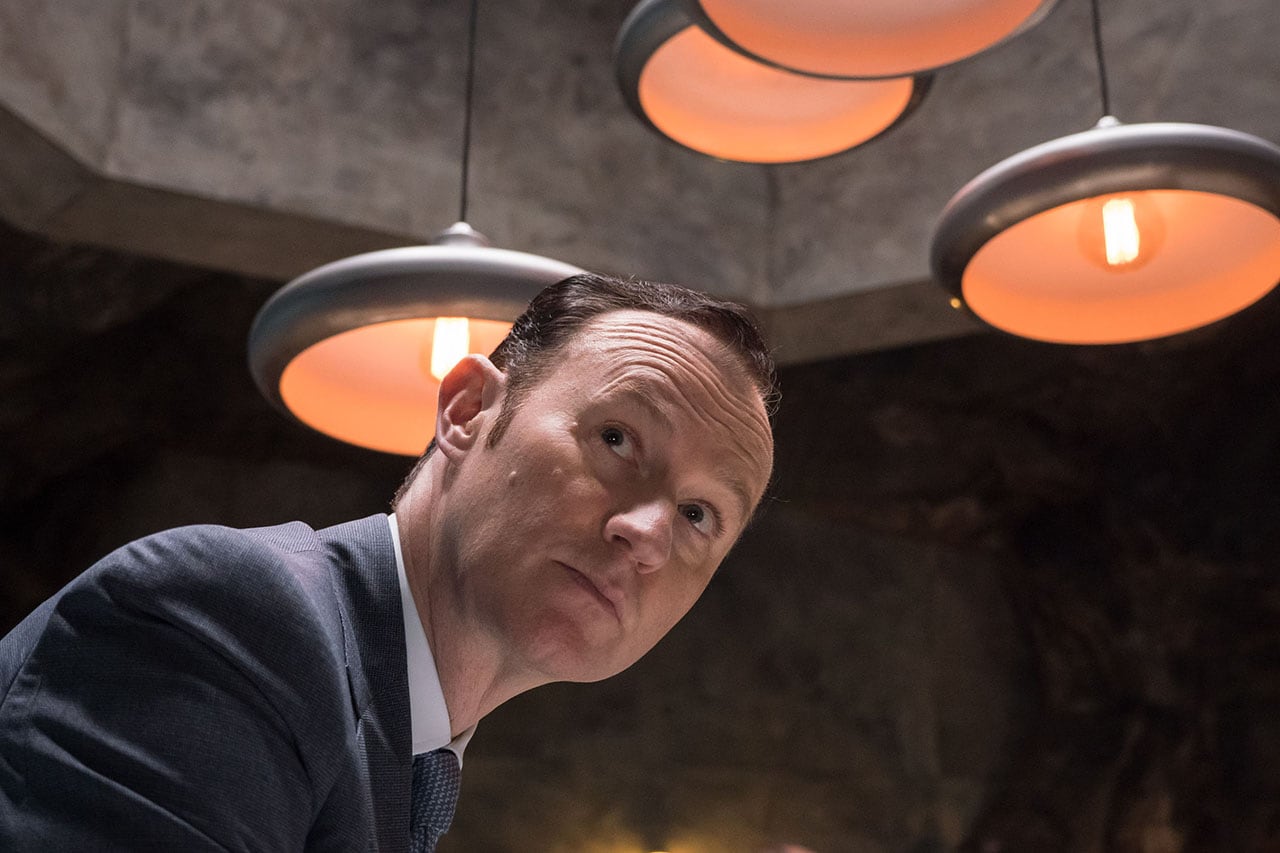 The first of those arrives at Mrs Hudson’s Baker Street apartment in the form of a drone with a motion-activated hand grenade attached on top. It’s not how Eurus managed to pilot it into Holmes and Watson’s flat that begs belief, but what the ultimate point of it all is. We are told Mycroft has kept knowledge of Eurus’ existence a secret from the Holmes elders – for which he is rebuked towards the episode’s end – used “potential trigger words” to keep a check on Sherlock’s mental condition, and co-operated with Eurus to stop terrorist attacks in exchange for “treats” – one of which involved five minutes of “unsupervised” conversation with Jim Moriarty (Andrew Scott) before he wreaked havoc on Sherlock’s life.

A big chunk of ‘The Final Problem’ finds Sherlock, John, and Mycroft having to play Eurus’ games, who had complete control over the Sherrinford prison facility, which explains how she was able to leave and return whenever she pleased. Set aside the part how foolish this makes Mycroft look – he’s always insisted that he’s smarter than Sherlock, and admits in the new Sherlock episode that Eurus was beyond them since a young age – it makes no sense for the Holmes sister to go to such lengths to craft elaborate routines involving kidnappings, and empty coffins, only to risk killing her lab rat experiments with a grenade.

So when the three men emerge unharmed, it’s testament to the fact that the explosion was all just for show. It’s one in a sea of puzzling moments from the Sherlock season four finale – Eurus crafting a tale about a doomed plane and a young girl, a deduction involving a maddening poem and made-up tomb dates leading to a deduction that puts an end to the psychopath’s scheming, Eurus put back in the prison she kept escaping from, and Sherlock playing violin duets with her murderous sister instead of working on the other messes in his life.

But the Sherlock season four finale just seems to brush away those problems – the heart ache caused to Molly (Louise Brealey), fuelled further by the call Eurus forces Sherlock to make; his dysfunctional and strained relationship with John, more so after Mary’s (Amanda Abbington) death; or for that matter – how John seems to have again accepted his role by Sherlock’s side, despite rallying against such for the past two series. All of these highly relevant topics become moot in the episode’s closing montage, driven by yet another posthumous appearance of Mrs Watson, where it’s all about her “Baker Street boys” – as she lovingly refers to them as – playing with baby Watson, and the future of crime-solving that lies ahead of them. 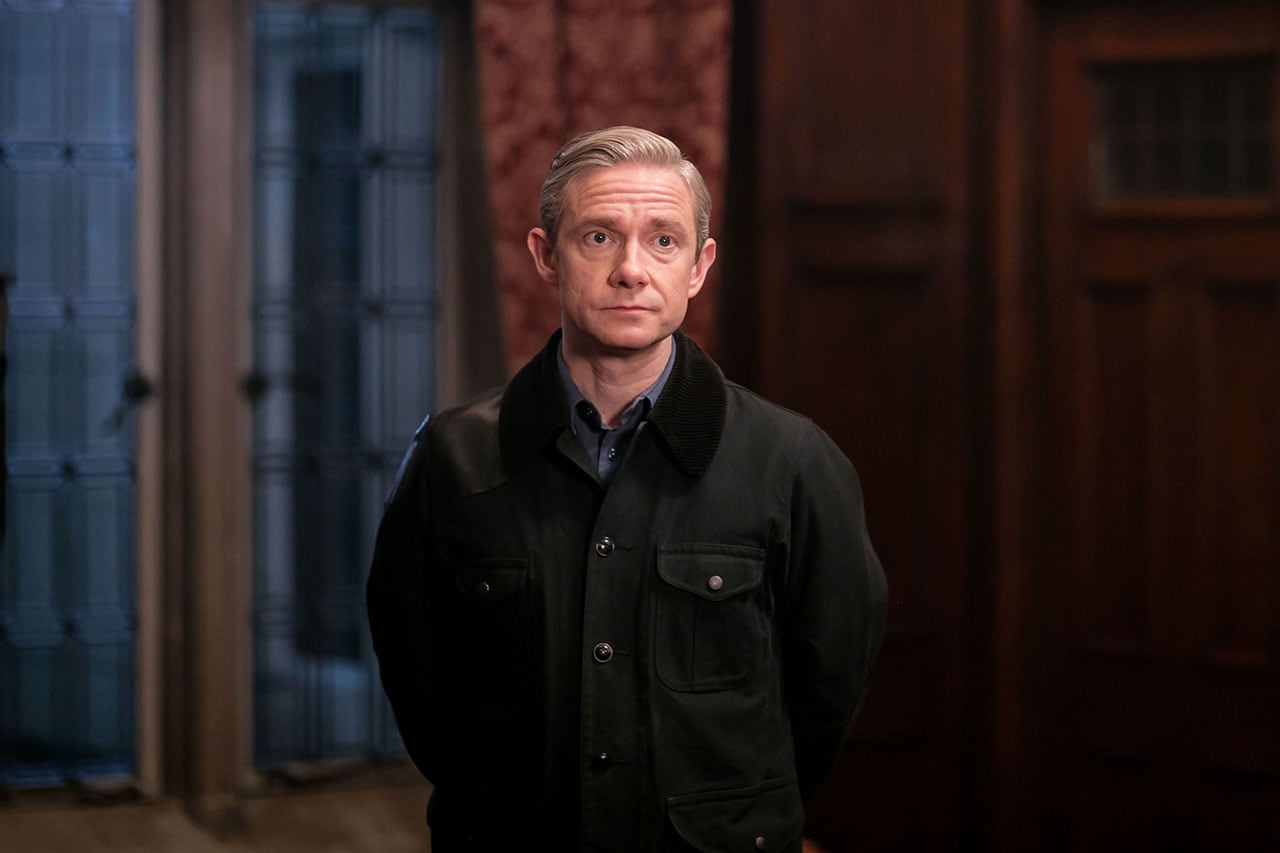 It’s a way to reset the show’s emotional peaks, and provide room for a fifth season return, should the writers and producers so desire. Sadly, it also takes away from what Sherlock's ‘The Final Problem’ hammers on about, and slightly shines in – exploring Sherlock’s repressed emotional core, by opening the very wounds that led to him turning into the man he is. By introducing Eurus, the finale paints a dark, personal story, one that brings out some terrible happenings – Sherlock didn’t lose his dog as a child, but his best friend Victor in fact. A jealous Eurus drowned him in a well, which caused her to be institutionalised, and Sherlock rewrote his memories in turn, which explains why he couldn’t identify her in the previous episode.

Those traumatic childhood events gave way to the Sherlock we know, one who has suppressed his emotions for his betterment, and gotten obsessed with solving riddles of the highest order. Sitting in the 221B flat before it blows up, a confronted Mycroft tells his younger brother: “The man you are today is your memory of Eurus.” That’s a fair estimation of the Sherlock we’ve known since the beginning, who works only on hard logic and intellect, and distances himself from other people – in a complete contrast to the boy he was.

Instead of truly reckoning with those emotional crises, the Sherlock season four finale is riddled with improbable showiness, melodramatic conclusions, and logic-defying puzzling turning points. And when it all comes together with some love delivered in a hug, it makes you wonder if Sherlock was even invested in exploring the deep-rooted troubles of the Holmes siblings’ relationship, between all three of them. Perhaps we will never know, but it’s a case worth solving.

Further reading: Sherlock, BBC
Akhil Arora Email Akhil Akhil Arora covers entertainment for Gadgets 360, interviewing stars such as Christian Bale and Anurag Kashyap, covering series premieres, product and service launches across the globe, and looking at American blockbusters and Indian dramas from a global socio-political and feminist perspective. As a Rotten Tomatoes-certified film critic, Akhil has reviewed over 150 movies and TV shows in over half a decade at Gadgets 360. When he is not completely caught up with new film and TV releases, Akhil ...More
Google AMP Lite Brings More Optimisations for Low-RAM Devices on Slow Internet Connections
Hotstar Signs Exclusive Deal With Disney India for Its Film and TV Slate

product Sherlock season four finale 'The Final Problem' puts the third Holmes sibling at the centre of it all.