Sherlock Season 4 Episode 1: The Game Is Afoot, Right Under Our Noses

While the BBC detective series reinterpreted for a modern era may be titled just Sherlock, co-creators Mark Gatiss and Steven Moffat have always tried to explore the relationship dynamic between Holmes (Benedict Cumberbatch) and his partner Dr Watson (Martin Freeman). In the three seasons that have already aired – the fourth began this New Year’s Day in the UK – the two have gone from eagerly-willing flatmates and unwilling partners, to a time of strained relations after Holmes faked his death and still managed to secure the slot of Best Man at Watson’s wedding mid-way through season three.

The same season also introduced Mary Morstan (Amanda Abbington), John’s wife and now – via a quick montage in the opening of the new Sherlock season – mother to his child, Rosamund. It’s only later we are told that Mary has a sinister past, one that involved secret identities and weapons. John’s love towards her is what leads Sherlock to kill the “Napoleon of blackmail”, Magnussen, at the end of the third season – his actions originating from his sentiment, as his brother Mycroft would say – and what forces the British government to put Sherlock on a plane.

That was three years ago in fact, for it has been tough for the BBC show to align everyone’s schedule properly, now that both Cumberbatch and Freeman are movie stars in their own right. For viewers, what made the gap worse was the fact that Sherlock season three was also the weakest of the lot. It didn’t add much to its characters’ depth, and its villains seemed more like distractions than rich, new paths of narrative development of seasons past.

So much so that Gatiss and Moffat went full circle and “brought back” Holmes’ greatest adversary, Jim Moriarty (Andrew Scott). The pitfalls with revisiting an old friend, something the show had done earlier to examine Sherlock’s not-so-fatal fall after keeping audiences in the dark for two years, were laid obvious in the one-off special episode ‘The Abominable Bride’ that hit screens New Year’s Day in 2016. Marketed as a Victorian-era special, the episode turned out to be a lie because it was, in fact, all taking place inside the drug-fuelled mind of the great detective.

This, he claimed, had helped him decipher Moriarty’s true intentions from beyond the grave. But in doing so, Sherlock – which anyway sometimes seems only too eager to showcase the idiosyncrasies of its lead protagonist, be it the clever observations and straight quips delivered in a stream-of-consciousness fashion, his attitudes and reactions towards seemingly-normal human behaviours, or his belief in his own super-intelligence and continued refusal of a possible tunnel vision – went ever deeper into Holmes’ psyche. 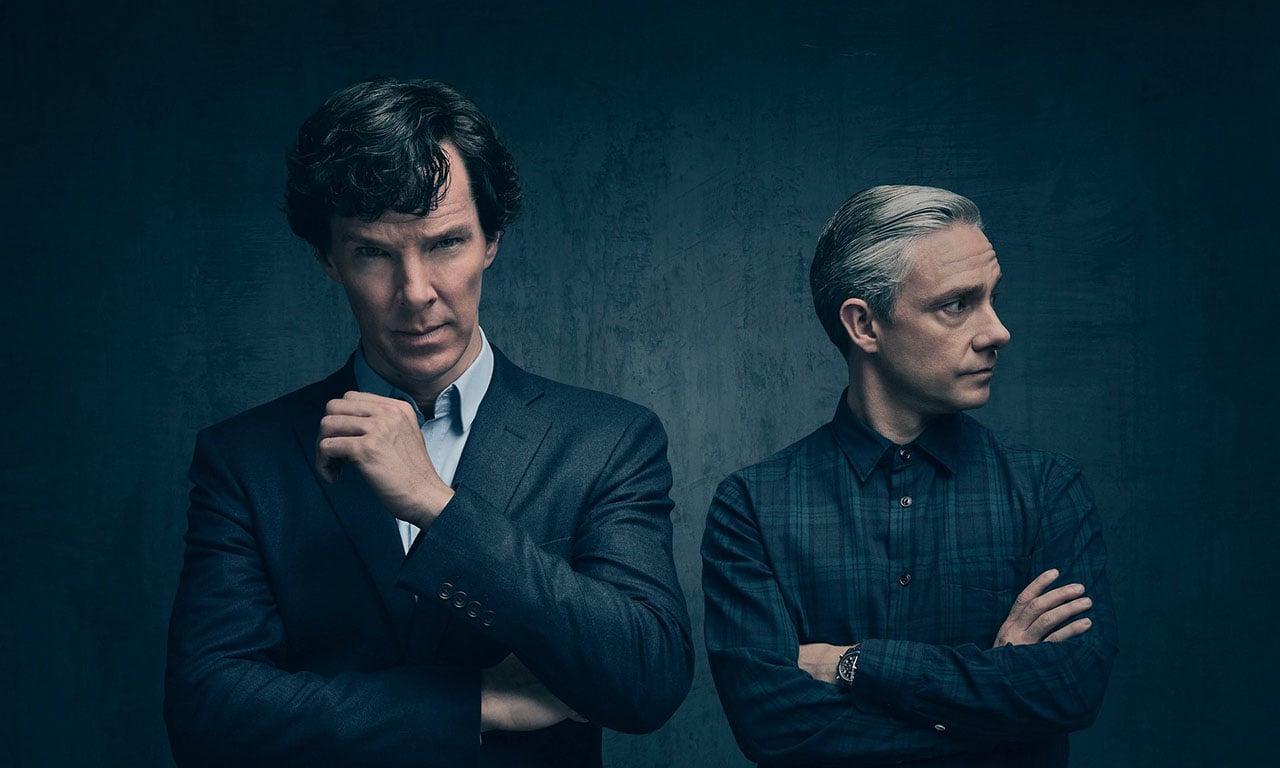 That meant the entire 90-minute episode was seen from Sherlock's perspective, where everyone apart from him is presented as dumb as a dodo. Overall, it made for another disappointing entry into the modern Sherlock canon, going into this week’s latest chapter, the season four première ‘The Six Thatchers’. With such tumultuous hours of TV on the back of a fine opening, the pressure – and the game – was on.

Note: spoilers below for the latest episode.

Sherlock S04E01 opens with the political fallout of the previous season, with Sherlock’s elder brother Mycroft informing him of the “official version” of the Magnussen story, which involves some high-level video doctoring. Since the UK government needs him to look into Moriarty’s posthumous televised appearance, they’ve gone to considerable lengths to alter the truth. In return, Sherlock doesn’t seem to have a lot on offer – except well, wait.

Post that, we delve into a montage that shows Holmes solving small, random cases hoping to come across something that will explain Moriarty’s big play. It eventually leads to a mysterious turn of events in another mini-case of sorts, involving the son of a British MP who is found dead in his car while he’s thought to be away on a trip to the mountains in Nepal. As ever, Sherlock displays his uniquely rude self, ignoring the matter at hand as he notices the misarranged items on a side table.

For what it’s worth, it does play into the episode title, ‘The Six Thatchers’, which is another play of words on an existing Arthur Conan Doyle story, ‘The Adventure of the Six Napoleons’. But very much unlike that story, which entirely focused on the big mystery around some Napoleon busts, the six Thatcher busts in this Sherlock episode are indeed more of what the show loves to do, again and again – a red herring.

Because even as Sherlock thinks he’s getting close to Moriarty and his devious plan, it all points to another unsolved mystery entirely, that of Mary’s murky past. A simple mind may reasonably think that destroying Thatcher busts is a political point, more so after the events of Brexit in the past year. Turns out instead, it’s not about the Prime Minister figure but what’s inside the sculptures – a thumb drive that contains everything on the black ops team Mary was part of, codenamed A.G.R.A. 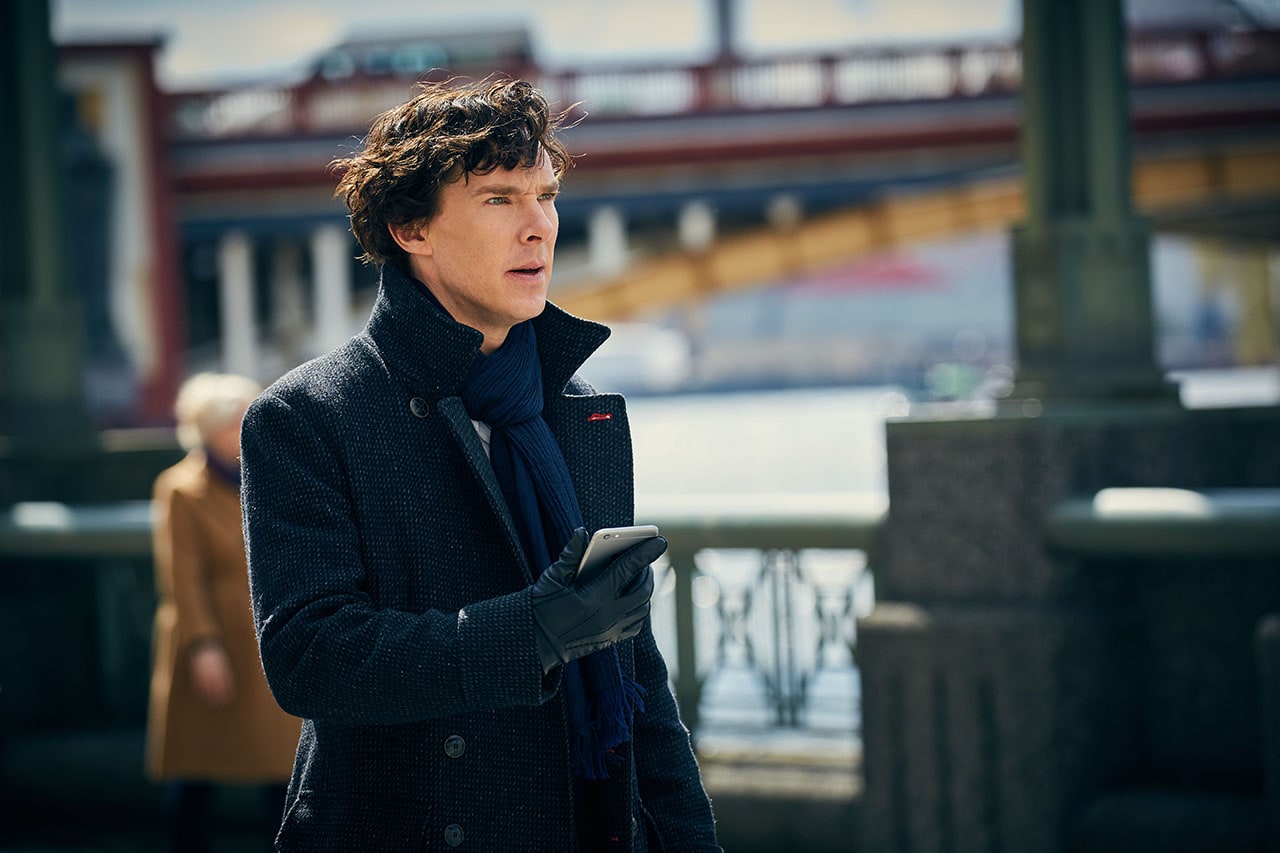 New Sherlock episodes may air multiple years apart, but that doesn’t prevent Gatiss and Moffat from exploring events as if it’s all happening on a weekly basis. It isn’t a stretch to imagine that a section of the audience would have been confused wondering how it ties in, possibly requiring some reading before diving in. Not the ideal case for any TV enthusiast, but it fits within the realm of a show with a protagonist that so keenly observes everything in sight.

For Sherlock, what gets lost on the way – owing to his drug-induced state of mind, a “natural high” if you believe the words coming out of him, and his almost desperate need to feel challenged by something – is that it’s not always all about you. The latter manifests itself in a crazy obsession with unrealistic conspiracies, as Sherlock goes off on a tangent while discussing the case of a man whose wife left him for his stinky breath, walking out in her lingerie. He cooks up a richly detailed story about how the old man’s wife is actually a Swedish spy living in disguise because their place is close to the US Embassy, and how Moriarty is going to the President’s visit to trigger World War III by way of destabilising the United Nations when they vote on a nuclear non-proliferation treaty.

It’s ultimate absurdity, and proof that Sherlock is so obsessed with wanting a higher mystery to solve that he comes up with these ridiculous ideas just to pass the time. Even in other ways, Cumberbatch’s 21st-century detective has become an increasingly, frustrating individual – be it incessantly texting during the christening ceremony for Rosamund, or his oblivious unconcern towards grieving parents.

Fortunately, when it comes to the crux of the matter – in this case, something about Mary – Sherlock is overly concerned, as he promises to go to any lengths to protect her. So when Mrs Watson takes matter into her own hands and sprints across the globe, relying on the roll of a dice to go from Norway, to Russia, Romania, Iran, Algeria, and Morocco, the duo follow her all the way. Sadly, though, this takes all independence away from the character, and again places Sherlock at the centre of all attention.

When Mary was introduced in the third season, it truly felt that Sherlock – both the show and the character – would grow up in new ways befitting of its setting in a different time and world. Instead, her death – in a slightly melodramatic fashion brought on by Holmes’ goading of the real orchestrator, a secretary in the Top Secret department known as Vivian Norbury – represents the worst kind of treatment offered to a female character, usually called ‘fridging’. 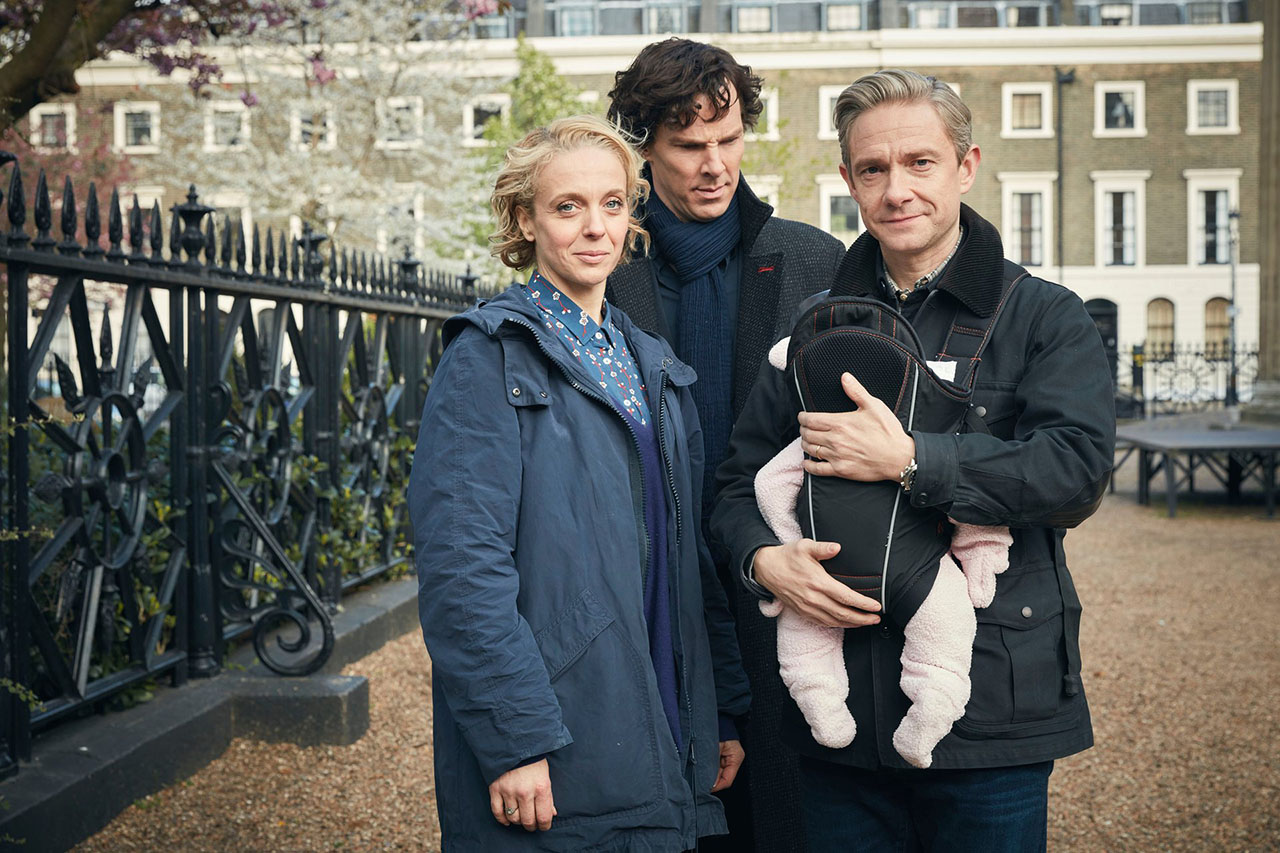 In doing so, the creators shift the spotlight back onto Holmes and Watson, and do away with any notions of the show’s other characters proving to be more than simply exist to serve the titular character, Sherlock. Even the subplot about John’s emotional infidelity gets hardly any run time, so his guilt over his wife’s death – most of which spills onto Sherlock’s failure to protect her even on “home turf” – doesn’t feel justified or earned. Mary’s story arc, meanwhile, is dented further by her posthumous message on a DVD (do people even have disc readers anymore?), in which she asks Sherlock to “save John”.

Her existence on the show, including her previous life as a master assassin, gets reduced and converted into a mere plot device to generate a rift between Holmes and Watson, and see how their relationship evolves from here on. Whether it’s even necessary at this point is up for debate, considering how Sherlock regularly treats Watson in and out of work, despite considering him to be his best friend.

It’s not as if Sherlock hasn’t previously visited this approach from other directions – Holmes and Moriarty on the rooftops being one, in what was a modern incarnation of the Reichenbach Falls – and the bigger point worth examining is whether Sherlock and Watson’s partnership is healthy for any of them. Incidentally, the final episode of series four is titled ‘The Final Problem’, the name of the short story penned by author Arthur Conan Doyle, in which both Moriarty and Holmes leap to their death.

The show’s previous take on it already involved faking a death on Sherlock’s part, so it will be interesting to see Gatiss and Moffat return to a chapter – in name, at least – that they labelled is “reaching its climax” in regards to their adaptation. The seeds were sown in the season première, with the story of the merchant facing Death, and Sherlock wondering to himself if he could indeed keep outrunning it.

Going by the efforts of the new entry, it seems that Sherlock may have become too myopic for its own good just as its lead detective. Whether the remaining two episodes even truly wish to explore Sherlock’s shortcomings, and the much-needed reckoning of his actions, could well be an unsolved puzzle at the end of it all.

Sherlock season four premièred in the UK on BBC, and is available via its website. It will air in India first on Saturday, January 7 8pm on AXN.

Further reading: Sherlock, Benedict Cumberbatch
Akhil Arora Email Akhil Akhil Arora covers entertainment for Gadgets 360, interviewing stars such as Christian Bale and Anurag Kashyap, covering series premieres, product and service launches across the globe, and looking at American blockbusters and Indian dramas from a global socio-political and feminist perspective. As a Rotten Tomatoes-certified film critic, Akhil has reviewed over 150 movies and TV shows in over half a decade at Gadgets 360. When he is not completely caught up with new film and TV releases, Akhil ...More
Dell XPS 13 2-in-1 Launched Alongside Dell 27 Utrathin Monitor Ahead of CES 2017
Lenovo P2 With 5100mAh Battery Set to Launch in India: Specifications, Expected Price, and More

product Sherlock S04E01 picks up the pieces of the detective’s mistakes, and jumps with two feet into an abyss made entirely of his imagination.

Sherlock Season 4 Episode 1: The Game Is Afoot, Right Under Our Noses
Comment