Sherlock Rediscovers Its Edge, While Retaining All Its Troubles

In the season four première of Sherlock, Mrs. Watson's posthumous message to Holmes and Dr. Watson ends with the words: “Go to hell”. As with most things in the Mark Gatiss and Steven Moffat’s 21st-century recreation of Arthur Conan Doyle’s famous English detective, that too was meant to be cryptic.

Note: spoilers below for Sherlock season 4 episode 2, The Lying Detective.

The only way to “save” John, Mary believes, is for Sherlock to intentionally embed himself in a situation where he himself needs saving. Only then would John reach out, and in saving his super-intelligent friend, take the first steps on his own recovery. It’s an interesting spin for sure, but it also plainly presents the clear workings of the Sherlock universe – one in which everything is always about Sherlock, and where John cannot do anything to get away from his clutches.

John’s visit to a new therapist is cut short by the blare of the police sirens, and a helicopter hovering over the London suburbs, all following an orange sports car driven by the most unexpected of the lot in Mrs Hudson. Much to the chagrin of John, and before he can object to this intrusion, two others quickly follow her arrival – a limousine for him, and an ambulance with Molly Hooper (Louise Brealey) for Sherlock.

As we should come to expect by now, it’s all part of Sherlock’s plan. The audience isn’t in on it, for that would spoil the fun, but he has launched himself after a new villain – Culverton Smith (Toby Jones) – to mend his broken friendship with John. It’s a dangerous play for Sherlock, considering the resources at his new enemy’s disposal. Smith is an entrepreneur and philanthropist, as the episode’s first ten minutes inform us, whose favourite pastime seems to be giving people a kind of memory-inhibitor drug he likes to call “bliss”. Moffat’s script for The Lying Detective is adapted from another one of Doyle’s short stories, ‘The Adventures of the Dying Detective’. Much of it is modernised and tweaked to fit the setting and the series’ on-going plot, with Sherlock using Twitter to openly blast Smith as a serial killer, and his long-lasting drug addiction as the setup for his fall.

The latter of those is of primary focus during the episode’s first third, which sees Sherlock being paid a visit by Smith’s daughter – Faith – who tells him that her father opened up about whom he intended to kill during a period of “bliss”, owing to which she had trouble remembering the exact name. Sherlock goes for an all-night walk to consult on the case, even as he’s continuously fighting his own drug-fuelled mind.

After an unsettling few minutes on the London South Bank in the morning, Sherlock gathers himself to realise that Faith has left. His inability to be sure about the events is magnified when he meets Smith with John, and they are introduced to Faith, who claims they have never met. It’s another twist in an episode full of them, which even baffles the usually in-control detective who had concocted this great plan to bring down a murderer.

But, beneath this fascinating quick-moving storyline, are the same problems as before. Sherlock’s real drug addiction issues are portrayed as something that he’s completely in control of, much unlike how it destroys the lives of normal human beings. It’s acceptable at some level that Sherlock is a high-performing sociopath that he claims to be, owing to his natural level of skill at observing most would miss, and making expert deductions even during times of lowest mind faculties. 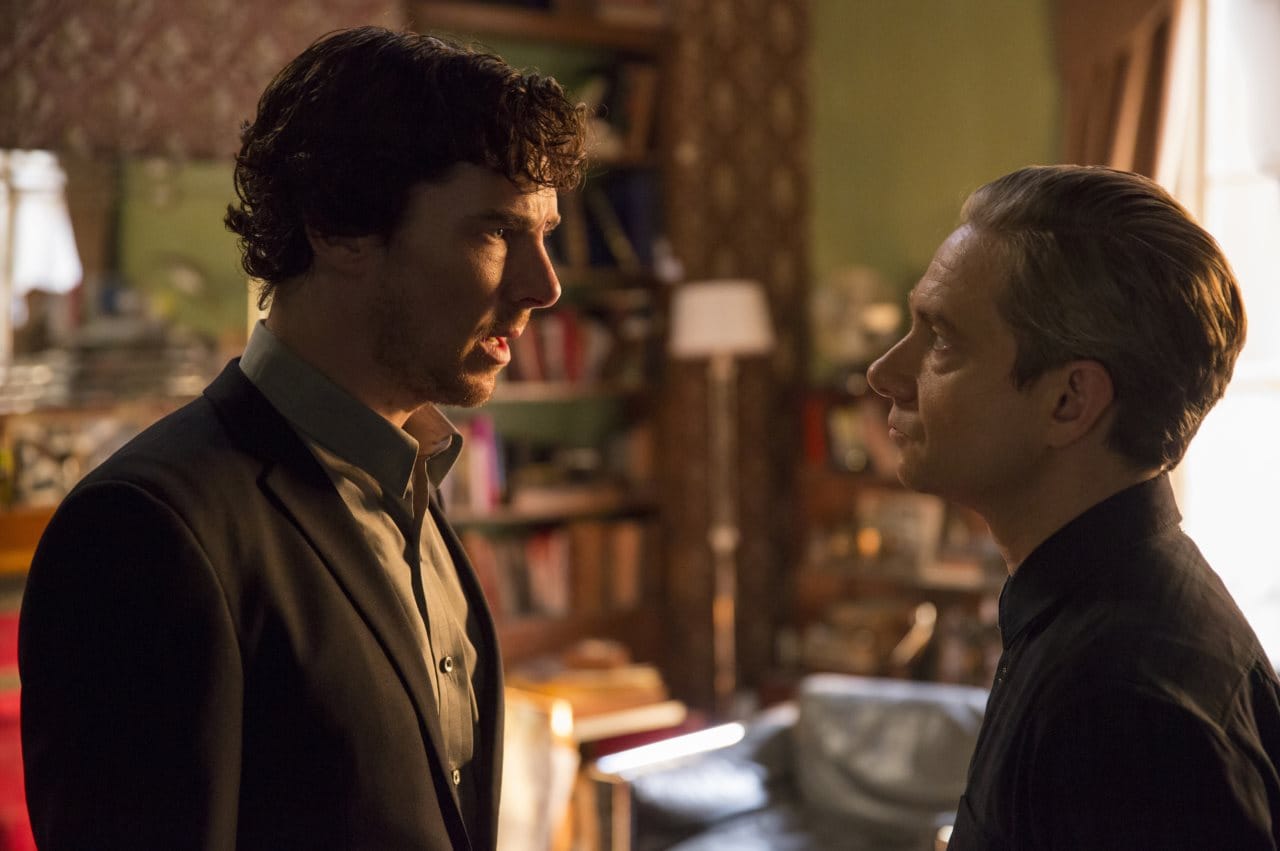 Unfortunately, giving him the power to manipulate drug use to his benefit not only makes him look like a superhero, but also shifts the focus away from the more important issue – that Sherlock never truly deals with the consequences of his self-destructive actions, even when the fallout is as major as the loss of his best friend’s wife. Possibly alerted to the fact that the show is ultimately titled Sherlock, John ends up reconciling in the new episode, telling Sherlock that he wasn’t responsible for what transpired. This, after the man straight up goaded the perpetrator of Mary’s death to shoot at him. How was he not responsible?

It’s not like this hasn’t happened before. The show sent Sherlock away after he murdered a man (Magnussen) in cold blood to protect John and Mary, and he was brought back from his exile just four minutes later. No one dared question the man’s thinking and rationale, and just preferred to move on because they thought “it was fun”. Huh? It’s as if the show can’t be bothered to provide reckoning for its titular character, simply because it would become too much of an inconvenience, and distract from what it believes to be more important – have him solve the most puzzling of cases while making himself look 10 steps ahead of everyone else.

In the end, Sherlock must always appear in command. The episode’s final moments appear to counter that frustrating trend, with the emergence of a third Holmes sibling that has long been hinted at. It’s not a brother named Sherrinford, as most had assumed, but a sister: Euros Holmes (Sian Brooke). She reveals herself to be the same person John emotionally cheated with – the red-haired woman on the bus in ‘The Six Thatchers’ – the woman who met Sherlock as Faith to manipulate him into taking the case, and then took the place of John’s new therapist.

While that may appear to be the signs of a strong, independent female character, it also serves as continued emphasis of how everything in Watson’s life links back to Holmes. No matter how much he tries to get away from it all, every new path he takes somehow leads straight to the person he’s most trying to avoid. It also plays into a weird message of how women on Sherlock are interchangeable – that all the three female characters had enough similar features to be played by just the one person. 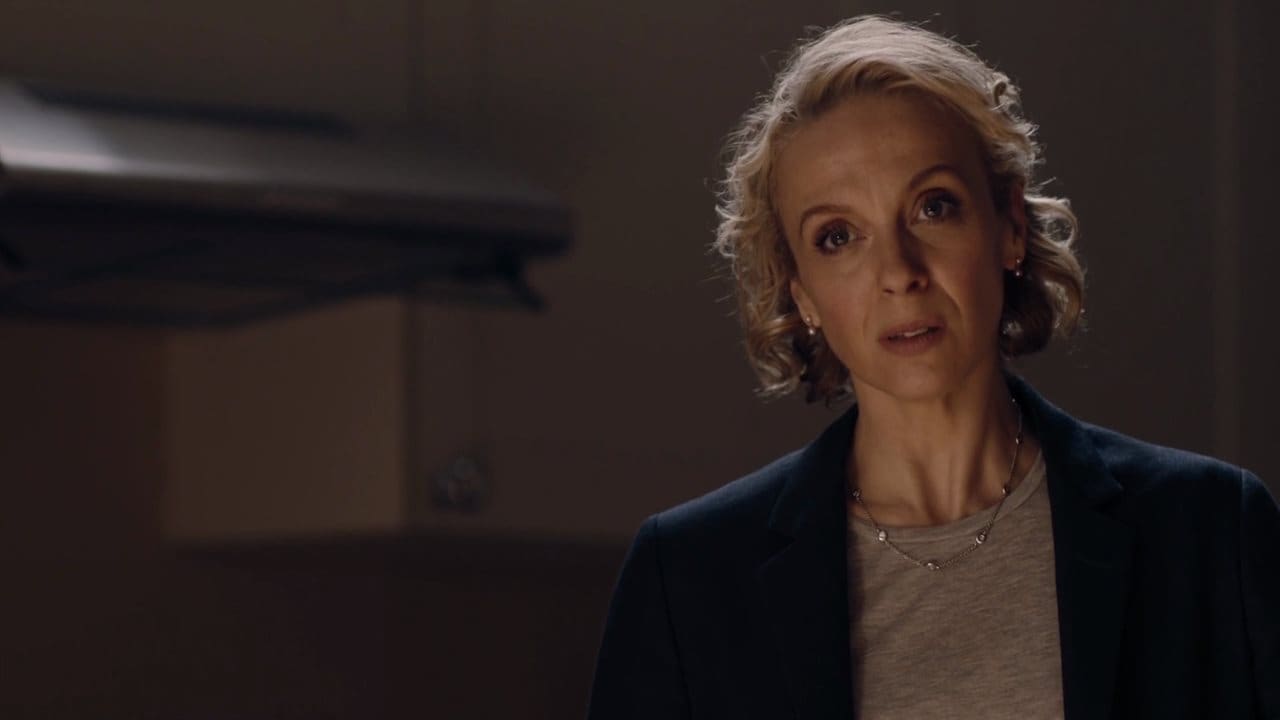 And after doing away with Mary in the season première, the new episode continues to drive her presence – as a figment of John’s imagination – as a plot device to bring the two buds together. Watson interacting with her is like a mix of Inception and Mr. Robot, in which the characters are really talking to a voice inside their head, going on reactions from their understanding of the other person, and not as how the person would have behaved in real life.

That does a huge disservice to Mary, who is not given the chance to display her true feelings of betrayal and anger. Instead, Sherlock uses the moment to repair the burnt bridge between Holmes and Watson, in a contrast of how her death had driven them apart in the previous episode.

It’s that relationship that has always been at the core of Sherlock, as we discussed last week. Even with a third Holmes sibling now in the mix – Euros appears to shoot Watson in the final moments after confessing her true identity – it seems highly unlikely that her inclusion is going to be about anything other than furthering Sherlock’s own self-importance to that equation, and the show at large.

At least it’s a bit poetic that Sherlock’s “final problem” has to do with his own family. Whether this properly ties into Irene Adler’s sudden reappearance, the minor sub-plot between Mycroft and Lady Smallwood, and Moriarty’s big plan from beyond the grave, could well be a case of the writers’ fascination with red herrings, come next week with the season finale.

Sherlock season four airs first in the UK on BBC every Sunday, and is available via its website. Season 4 Episode 2 will air in India on Saturday, January 14 8pm on AXN.

Further reading: Sherlock, BBC
Akhil Arora Email Akhil Akhil Arora covers entertainment for Gadgets 360, interviewing stars such as Christian Bale and Anurag Kashyap, covering series premieres, product and service launches across the globe, and looking at American blockbusters and Indian dramas from a global socio-political and feminist perspective. As a Rotten Tomatoes-certified film critic, Akhil has reviewed over 150 movies and TV shows in over half a decade at Gadgets 360. When he is not completely caught up with new film and TV releases, Akhil ...More
Amazon Echo Orders Dollhouses in Several Homes After Hearing Command on TV

Sherlock Rediscovers Its Edge, While Retaining All Its Troubles
Comment