Selection Day on Netflix Isn’t Going to Bowl Anyone Over 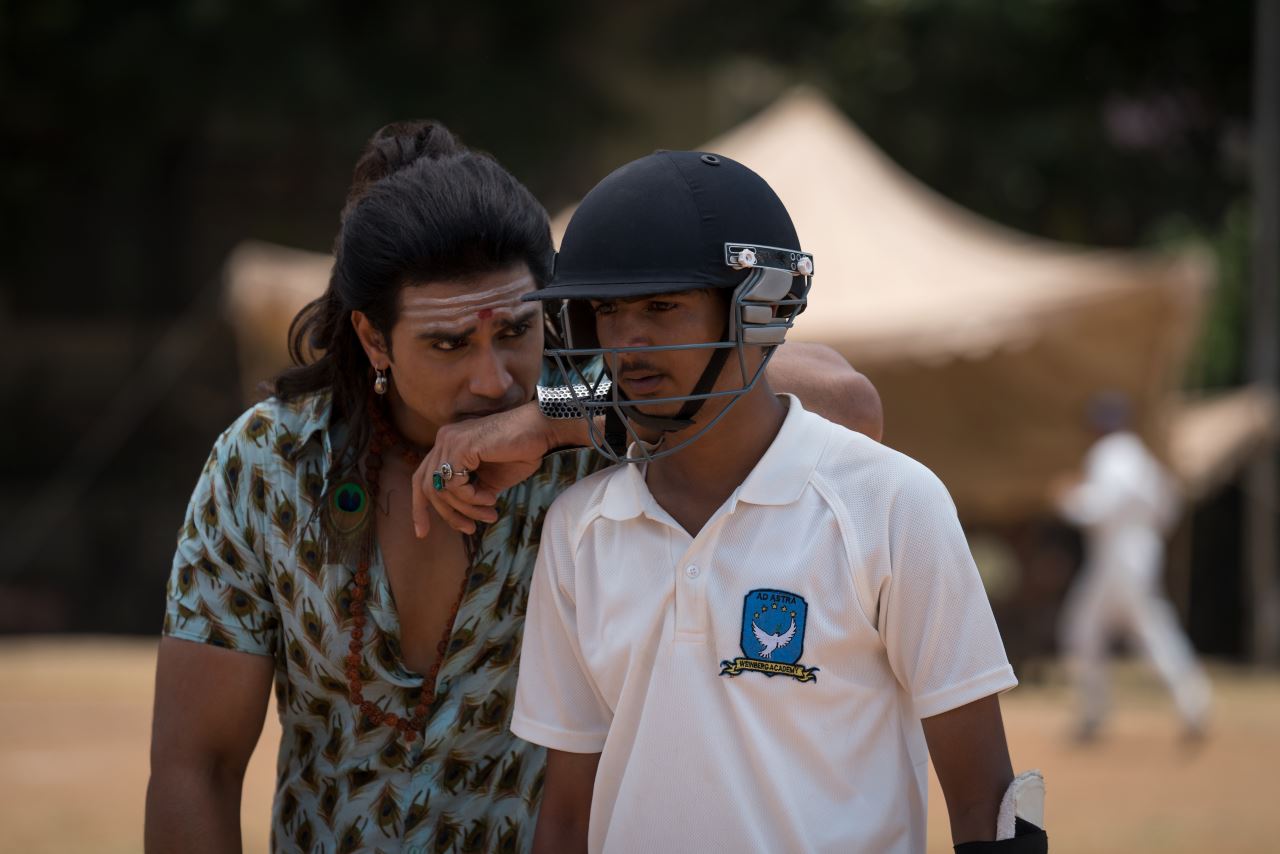 Aravind Adiga, the 44-year-old Indo-Australian author who won the 2008 Man Booker Prize for his debut novel The White Tiger, has credited the short-form cricket tournament, the Indian Premier League, as the germ of an idea that gave birth to his 2016 book Selection Day. Its heavily commercialised nature is what helped Adiga find his characters and story, of two teenage brothers groomed and pushed by their overbearing, obsessive father to become star cricket players, in a country that treats the sport as a religion. But the book only once namechecks the IPL, as it instead focuses on the local cricketing scene in the city of Mumbai, while exploring class, social, and gender issues that arise out of its plotline.

The new Netflix series based on the book — from British actor-turned-writer Marston Bloom (Rellik), and India-born British director Udayan Prasad (The Yellow Handkerchief), out now on the streaming service worldwide — retains that focus while making several alterations. Most appear to be logistical decisions, but some are more curious. Selection Day, the series, begins just six months before the day that it's named after, unlike Adiga's book which charts three years in the lives of its characters. Moreover, the show's first season — which covers the entire book, according to the creators — lasts just six episodes of roughly 20 minutes each, which essentially make up one movie in total.

It's unclear whether that was a budgetary call. But what that does necessitate, from a writing perspective, is that Bloom has had to both condense Adiga's written work and chop off a lot. For the characters, it translates to a much faster rise up Mumbai's cricketing ladder, which makes the unfolding events slightly more fantastical and less believable. And as viewers, it means we don't get enough time with the characters and the story arcs designed for them. On the other hand, there's less of a chance you will be bored since it's easy to breeze through the sitcom-sized episodes. Despite that, Selection Day somehow manages to hit the same beats on multiple subplots across episodes, with hardly any movement or resolution.

The dynamics of the Kumar family — the elder son Radha (Yash Dholye), his younger sibling Manju (Mohammad Samad), and their father Mohan (Rajesh Tailang) — are easily the strongest part of the show. While Radha has accepted the cricketing future destined for him by his dad, Manju is drawn towards the sciences. He's good at cricket but he has no qualms about giving it up if he could. Manju perseveres because the two brothers have struck a deal: if Manju helps Radha with the sport side of things, then Radha will help Manju with his academic pursuits. This pact is not known to Mohan though, who wishes to turn both his boys into the two best batsmen in the world, in the order they were born.

To get them there, Mohan has set his sights on the Mumbai under-16 selection trials, an annual event where just three teenagers are picked from across the city's schools. Before that, Radha and Manju must establish themselves in a reputed local team if they are to even take part in the trials, let alone impress the selection committee. When the show begins, the Kumar boys are already stars in the remote Madhya Pradesh village they hail from, as Radha dispatches consecutive aerial boundaries at his father's command. Mohan soon uproots the family and brings them to Mumbai, where they have to trade the comforts of a decent-sized house for a tiny, dimly-lit room in a chawl.

The Kumars' arrival in Mumbai is the gateway to introducing and expanding the world of Selection Day, with nearly all the supporting characters somehow involved with the new prestigious school Radha and Manju end up attending. There's the renowned cricketing coach Tommy Sir (Mahesh Manjrekar), who returns to his practise after several years and a scandal away; the school's principal and science teacher Nellie Weinberg (Ratna Pathak Shah) who takes a liking to Manju; the captain of the cricket team Javed Ansari (Karanvir Malhotra) who hails from a rich family and bullies the new village lads; and a failed investor in Anand Mehta (Akshay Oberoi) who's trying to buy the school land for reasons not entirely clear.

As the show progresses, tensions emerge in the new relationships and existing ones get more complex. Javed is antagonistic to both Radha and Manju from the moment they meet, though matters slowly shift towards the positive with the latter, carrying “undertones of homosexuality”, as Malhotra said at a press event. Mohan, who is bordering on insanity as he half-jokingly proclaims in one episode, takes issue with Tommy Sir's unique coaching methods that don't align with his worldview. Selection Day also suggests a darker tinge to his personal life, hinting that Mohan may well be a wife-beater. And Anand starts lying to his girlfriend Monica Tandon (Parul Gulati) about his finances, scared he will lose her.

Unfortunately, none of those storylines are handled with deftness or afforded the depth they need. The writing is happy to skim the surface of one subplot before moving onto the next one. Set aside the evolving dynamic between Mohan and his sons, and everything around it in Selection Day is so weak and uninteresting. The Anand storyline about a well-off guy struggling to raise funds for a new investment is the worst of the lot, and though the absence of the Kumar household's leading lady — a former star hockey player herself, Mohan says of his wife — casts a shadow on the series, it's not developed sufficiently. Instead, the show just harps on the same notes without any meaningful progress.

To make matters worse, Selection Day suffers from geographical and continuity errors. When the Kumar family moves to Mumbai, on-screen text places the chawl in the south-west of the city. But in a later episode, Manju says he lives in Sewri, which lies along the south-east edge. In another scene, Anand visits a bank in south Mumbai but when it cuts to an indoor shot, the north-facing end of the Bandra–Worli Sea Link is visible in the background. Sure, only those who know Mumbai will notice the discrepancies, but that's not an excuse. And there's no excuse for the continuity problems, with characters moving off-screen or a scene breaking the landscape it constructs.

Selection Day Is More Than a Cricket and LGBTQ Story, Say Creators

Cricket fans who find themselves being pulled towards Selection Day aren't any likelier to be pleased. The sporting action usually takes place in medium long shots or a medium shot — these are actors not cricketers, after all — that relies on cuts to sell believability. There's nothing here — at least in the first four episodes critics had access to — that's going to wow anyone. And just like Adiga's book, its cricketing references are mostly restricted to Indian cricketing legend Sachin Tendulkar. In addition to name-dropping him and featuring the Shivaji Park ground of his training years, the book character Lord Subramanyam (Shiv Pandit) is carried over, the Hindu god of war to whom Tendulkar prayed to in 2006 to revive his career.

Ultimately, Selection Day has nothing to say about modern-day India beyond its checkbox recognitions of the maladies stemming from cricket turning into a new capitalist tool, and the problems of identity faced by a new generation that's being pulled in different directions. The show is unable to build any momentum or craft a powerful narrative from the various story blocks at its disposal. Adiga's book had mixed reviews but at least it was more descriptive and had a lot more colour to it. Netflix's adaptation is anything but.