Selection Day: Part 2 Is a Netflix Show Waiting to Be Dropped From the Team 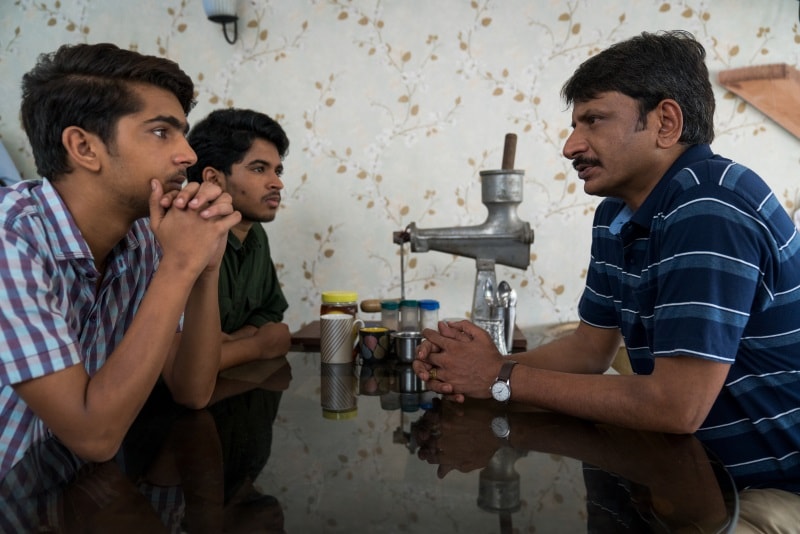 Despite being maligned by most critics on its debut four months ago, Netflix's young-adult cricket-themed Indian drama series Selection Day — based on Indo-Australian author Aravind Adiga's 2016 book of the same name — is back for another stand at the wickets. The new batch of six episodes — available now on Netflix worldwide — don't make up a second season, actually. In fact, they complete the first one, which is why it's been officially termed Selection Day: Part 2 from the start. Netflix confirmed to us that all 12 episodes were filmed at the same time and are simply being released in two halves, though it didn't say why. The ongoing IPL season likely had something to do with that. It's not like more time in post-production could erase the mistakes made before it.

There were several problems with the first half of Selection Day's first season, not least of which was the fact that that its main protagonist — Manju Kumar (Mohammad Samad), the younger of the two cricketing brothers — was a passive character for most of it. Though he made known his displeasure of the sport and was keen to find out his missing mother's whereabouts, Manju didn't ever do anything about it. Sure, you could argue that was true to the character, but it doesn't make for good TV. In the second part of the first season — critics, including us, had access to all of it — Manju is more active now, having taken the step to confirm whether his mother went to his aunt's, when we last saw him.

Manju is also (slightly) more assertive with what he wants, not afraid to flip his elder brother Radha (Yash Dholye), though he still must cater to the whims of his father, Mohan (Rajesh Tailang). To put it in Joseph Campbell terms, if the first six episodes were about the hero resisting the call to action, which would usually comprise the first act of a film, then this new batch of as many episodes is the second act of him going on that journey. Who knew that a bolder, do-as-you-please Manju would make a much better protagonist for the show. But unfortunately, the rest of Selection Day: Part 2 doesn't complement that. It doesn't adequately move forward in many directions and it's still too superficial in other ways.

After a cold open set at a hospital where Radha gets treatment for the injuries he sustained, Selection Day: Part 2 skips forward just over a month. While the elder brother is forced to spend some time on the sidelines, Manju is trying to balance the demands of the sport — his team is progressing to the later rounds of the inter-school cricket tournament, Harris Shield — and the personal wishes of taking part in a science fair. He's also getting closer to Javed Ansari (Karanvir Malhotra), his cricketing rival and the rich-boy captain of the school team. Meanwhile, Radha's record-setting century and the Kumars' impressive new accommodation has gotten Mohan a potential business opportunity.

Said business opportunity involves a previously-fringe character on Selection Day: Meera (Amruta Subhash), who made brief appearances in the earlier episodes, selling drinks outside Shivaji Park in Mumbai's neighbourhood of Dadar, where the Kumars routinely practised cricket. On Part 2, she has a lot more screen time and brings a much-needed zest to the series. As a street-smart, female entrepreneur, Meera is quick to sniff out any malarkey and that no-nonsense approach lends a bit of humour in places. As Meera and Mohan discuss product names in one scene, the former notes that how all the options the latter has come up with start with “Mohan's”, even though they are equal partners.

But that doesn't change the fact that Tailang — one of India's best character actors who has popped up in multiple streaming efforts recently, from Mirzapur to Delhi Crime — is stuck playing a unidimensional character. Giving him a side-story might have sounded good on paper, as it would allow to expand Mohan beyond his presence around his boys, but it also betrays that the writers — creator and showrunner Marston Bloom wrote most of the episodes by himself — didn't know how to integrate him into the main plot. The cash-strapped investor Anand Mehta (Akshay Oberoi) is more involved, having swooped in to save the day, but his bigger arc keeps hitting the same story beats that it has earlier before taking a dramatic turn.

That's been a recurrent issue from the beginning for Selection Day, which struggles with both forward momentum and putting in the required legwork to develop relevant subplots. Harping on about something (too much) and failing to properly build to something (too little) are natural opposites, but the show somehow manages to do both. The show's biggest mystery box, surrounding the fate of the missing mother, creaks open a little more as it drops hints of what may have happened to her, but it doesn't provide any actual, meaningful progress. On the other hand, the mystery of who was behind the school fire isn't properly introduced until it's too late, at which point it feels like a jarring interlude.

Elsewhere in a few heavy-emotion scenes, the young actors are unable to convey the range of emotions required of them, though that could potentially be director's instruction as well. Karan Boolani (24: India) helmed all six episodes of Selection Day: Part 2, taking over from India-born British director Udayan Prasad. But there are a few scenes, including one set at a swimming pool where Manju and Javed have a heart-to-heart, that could have used better direction and a different approach.

Selection Day: Part 2's technical faults aren't as glaring, but they are still around. There's a continuity error in one of the episodes, where a character moves off-screen, and a lip sync issue in another scene, brought on as a result of the ADR ‘dubbing' process. For what it's worth, the character isn't facing us so it's not as glaring. And though the English subtitles in Selection Day have never been great, there's even a factual error this time around, with a name changed for no discernible reason. What makes it worse is that the name can be read on-screen in a magazine, but it's different in the subtitles.

But the show's larger failing is how both on and off the pitch, it fails to advance the larger discussion around cricket in any concrete fashion. The figurative and literal corruption of the sport, which Adiga felt had become a new capitalist tool in India, is what spurred him to write the book. But save a mafia angle involving Anand that hovers on the touch-line for most of the match — it should have a bigger influence on future seasons, should Netflix want more — Selection Day has no idea how to probe the topic.

The series can't even live by the words its characters espouse. The school's cricketing coach Tommy Sir (Mahesh Manjrekar) delivers a passionate speech about the need for teamwork in cricket midway through the season, and it's a shame the show has never honoured that ethos. All we see of cricket in Selection Day is just the two Kumar brothers or Javed batting. Forget showcasing the rest of the team, who are virtually non-existent, Javed the captain has never displayed any of his captaining skills, if he had any to begin with.

All that comes together to make up a marginally better second half of the season, but that isn't saying a lot given the low bar Selection Day set for itself with its disastrous first half. The disappointment of its debut makes it impossible to make a case for newcomers but if you've already watched the initial crop, you can rest assured that it doesn't get any worse. That said, it continues to fail in several ways and if Netflix is somehow inclined to give it a proper renewal, it would be wise to hire new writers and showrunners in the least, if not consider an even bigger overhaul. Or better yet, bring an end to the innings.