Sacred Games on Netflix Is Your Quintessential Anurag Kashyap Thriller

The last couple of years have been eventful for the Indian streaming space. Ever since players like Netflix and Amazon Prime Video jumped into the scene, the market has seen an increased amount of quality online content from Indian artists, be it stand-up routines, movies, or TV series. In June last year, Netflix managed to rope in one of the pioneers of Indian indie cinema, Anurag Kashyap, for Sacred Games, the first Netflix Originals Web series to be made in India. Gadgets 360 got access to the first four of the eight episodes of the show and here's our review with mild spoilers.

Sacred Games, based on Vikram Chandra's book with the same title, follows the life story of Mumbai-based gangster Ganesh Eknath Gaitonde (Nawazuddin Siddiqui), who is established as one of the country's biggest criminals with dozens of murders under his belt in the late 1980s and early 1990s, but someone who been out of action for the past 15 years. The story begins with Sartaj Singh (Saif Ali Khan) who is an honest cop with the Mumbai Police, looking for a big case to prove his mettle. An anonymous phone call from Gaitonde himself leads Singh to the gangster, though unknown to the duo, the entire conversation is tapped by RAW agent Anjali Mathur (Radhika Apte) who's based out of New Delhi. Singh tries to get close to the gangster and in turn gets a tip about how the entire city of Mumbai will get destroyed in the next 25 days.

Running parallel is Gaitonde's narration of his own story, one of rags to riches, not very different from the likes of Shootout at Lokhandwala and Once Upon A Time in Mumbaai. In typical Bollywood fashion, it involves an overdose of elements like shady dance bars, local gangsters, and a generous dollop of curse words and jarring physical violence. Netflix calls the show says that it is "dark" and "gritty", and we'd agree with at least the first half of that description - the show starts off with a dog falling to its death from an apartment building, so it's certainly not for the faint-hearted. 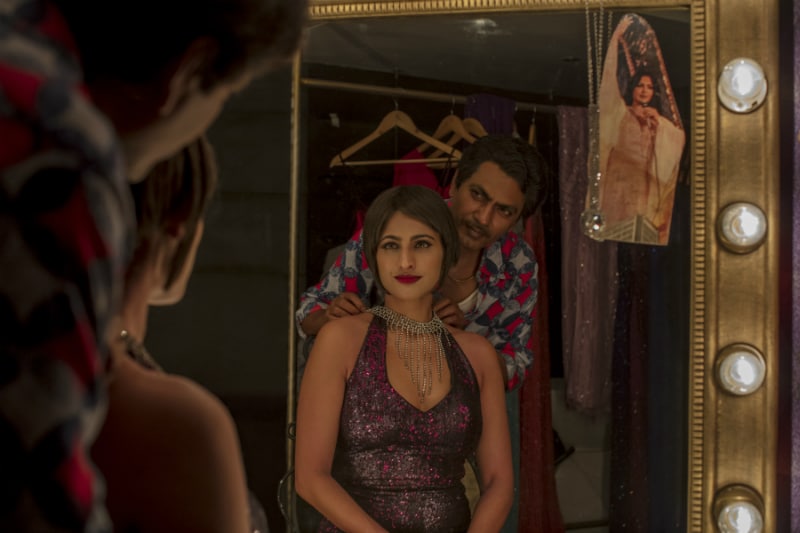 But, that's not to say the show is without shortcomings. Sacred Games seems paced slow like most Bollywood movies, and there don't seem to be enough cliffhanger moments to make most people sit through 50-minute long episodes. There are one too many cliches of the marquee villain surviving when the odds were stacked against him. For example, a couple of gang wars end with Gaitonde getting miraculously saved despite being in the line of fire. The four episodes that we saw seemed to have this issue, and it's possible the series picks up pace in the second half.

That said, Radhika Apte shines as the RAW agent Mathur who ropes in Singh to do her detective work. There are a ton of references across episodes of Hindu-Muslim communal tensions prevalent in the Mumbai of late-80s and early-90s. The series also talks about gangster Gaitonde's eagerness to play an inevitable role in the city's politics. While thematically different, Sacred Games reminds us of Black Friday, Kashyap's breakthrough movie that was a critical success despite the fact it never say a meaningful theatrical release.

Sacred Games' plot also involves a certain amount of realism necessary for a modern-age Indian web series. Dramatic sequences are kept to a minimum, although there is one dance number that shows the transition of Gaitonde's image from a nobody into a feared gangster. While this could have been avoided, a bit of Bollywood never hurt anyone.

Nawazuddin Siddiqui, the blue-eyed boy for Anurag Kashyap and Phantom Films in general, continues his golden run with Sacred Games. His mannerisms as a typical Mumbai gangster seem as realistic as the unforgettable Faizal Khan of Gangs of Wasseypur. He handles the transition from a young, budding thug to the ageing and calmer criminal quite well.

Saif Ali Khan is supposed to the quintessential Bollywood "hero" of his series but his monotonous acting and Siddiqui's prowess shift the limelight elsewhere. He looks the part but the portrayal isn't convincing enough to make us feel sorry for the dejected lover (a minor track) or the honest policeman surrounded by crooked cops everywhere. 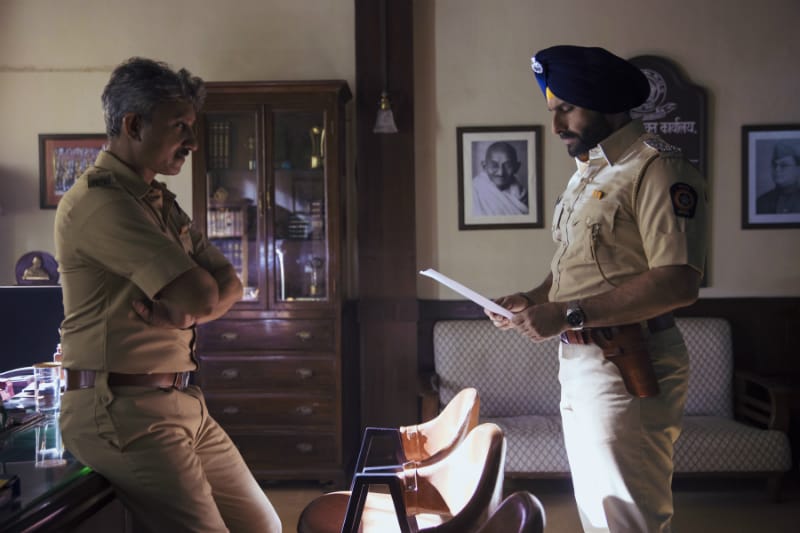 Directors Anurag Kashyap and Vikramaditya Motwane have used the lack of censorship/ certification to their advantage to cram in political references and statements you wouldn't seen in a typical Bollywood movie, which makes the Netflix production edgier than your routine Indian fair. Sacred Games also involves multiple instances of verbal abuse, gruesome physical violence, and nudity, which means it's not meant to feature as your regular family-friendly programming.

All in all, Sacred Games looks like the big break Netflix has been looking for in the Indian market. While not your typical Bollywood fare, it should serve as a nice gateway into the world of streaming for your average Hindi movie buff. And if you want to see Anurag Kashyap and team back in their raw form, Sacred Games is definitely the show for you.

All eight episodes of Sacred Games will be available via Netflix from July 6.

JVC Boombox XS-XN15 Bluetooth Speaker Launched in India at Rs. 4,999
After Prepaid, Is the Jio Effect Spreading to Postpaid?