Marvel's Runaways Throws Magic, Religious Cult, and a Dinosaur in a Kids vs Parents Battle

In a year that has already seen six films and TV shows (with another on the way this Friday), Marvel is now further adding to its 2017 slate with Runaways, which is based on the comic series of the same name from writer Brian K. Vaughan and artist Adrian Alphona. Runaways – the first three episodes are out November 21 on Hulu – is centred around six teenagers who find out that their parents are part of an evil cult-like organisation, and has Gossip Girl creators Josh Schwartz and Stephanie Savage as showrunners.

Runaways doesn't just follow the kids' adventures, but also places a heavy focus on the adults, making for a total cast of 16. Two kids belong to the same family, if you're keeping count. The show is centred on both generations – a staple of Schwartz and Savage's, who are masters of weaving older characters into teen shows – giving them equal screen time in early episodes. And oh, did we tell you there's a dinosaur in the mix? We'll get to that in a minute.

The kids are all part of the super-rich community of Los Angeles, and became friends owing to their parents' shared participation in a charity organisation known as the Pride, which is really a billionaire-funded body with nefarious purposes. But now that they're in high school, the kids have moved apart from each other owing to their varied positions in the school hierarchy. There's Alex Wilder (Rhenzy Feliz), a video game nerd who serves as the group's normal; and Nico Minoru (Lyrica Okano), who isolates herself with gothic make-up after the mysterious death of her sister Amy.

In addition to that, you've Karolina Dean (Virginia Gardner), who's part of her mom's pseudo-religion Church of Gibborim, a quasi-cult with heavy, intentional references to Scientology; Chase Stein (Gregg Sulkin), the group's token jock, though he shows shades of brilliance in engineering; Gert Yorkes (Ariela Barer), a self-aware feminist who helps keep check of any tropes the show might deal in; and Molly Hernandez (Allegra Acosta), adopted sister of Gert and the youngest member of Runaways, who's going through some bodily changes.

On the parents side, the Wilders are Alex's father Geoffrey (Ryan Sands), an ex-con whose murder charges were dropped, and now involved with real estate; and Alex's mother Catherine (Angel Parker), a successful lawyer who helped exonerate Geoffrey and then married him. The Minorus consist of tiger mom Tina (Brittany Ishibashi) and Robert (James Yaegashi), who's now having an affair with Janet Stein (Ever Carradine), after Tina shut him out for two years following their daughter's death.

Janet is the mother of Chase, who's described as a "perfect PTA mom" and tries to protect her son from his abusive father and her husband, Victor (James Marsters), who's an engineering genius – like a smaller version of Tony Stark – and is responsible for making driverless cars, among other things. That brings us to Leslie (Annie Wersching) and Frank Dean (Kip Pardue), leaders of the aforementioned cult-like religious group, though it's really Leslie who holds all the power in that relationship.

The final parenting duo is Dale (Kevin Weisman) and Stacey Yorkes (Brigid Brannagh), both bioengineers by profession and progressive, hipster parents at home, who took in Molly as a child after her parents died in a mysterious fire. The two are also the most reluctant members of the Pride group, which also makes them most prone to being killed off on the show. It's a good thing then that they have genetically engineered a pet dinosaur, all Jurassic Park-style, to protect the family from anyone who means harm.

To be precise, the dinosaur is a Deinonychus, which is the size of a raptor, and it shares a telepathic bond with Gert, who can control her — yes, it's a her which gives Gert immense joy. Fans of the comics will obviously see this coming, but it's still a bit unexpected in Marvel's TV landscape, which has been a lot more grounded compared to its film counterparts. As if that's not enough, the kids also show flashes of strange abilities, though it's still not clear who can do what four episodes in. Of course, you can choose to spoil yourself by reading the comics. 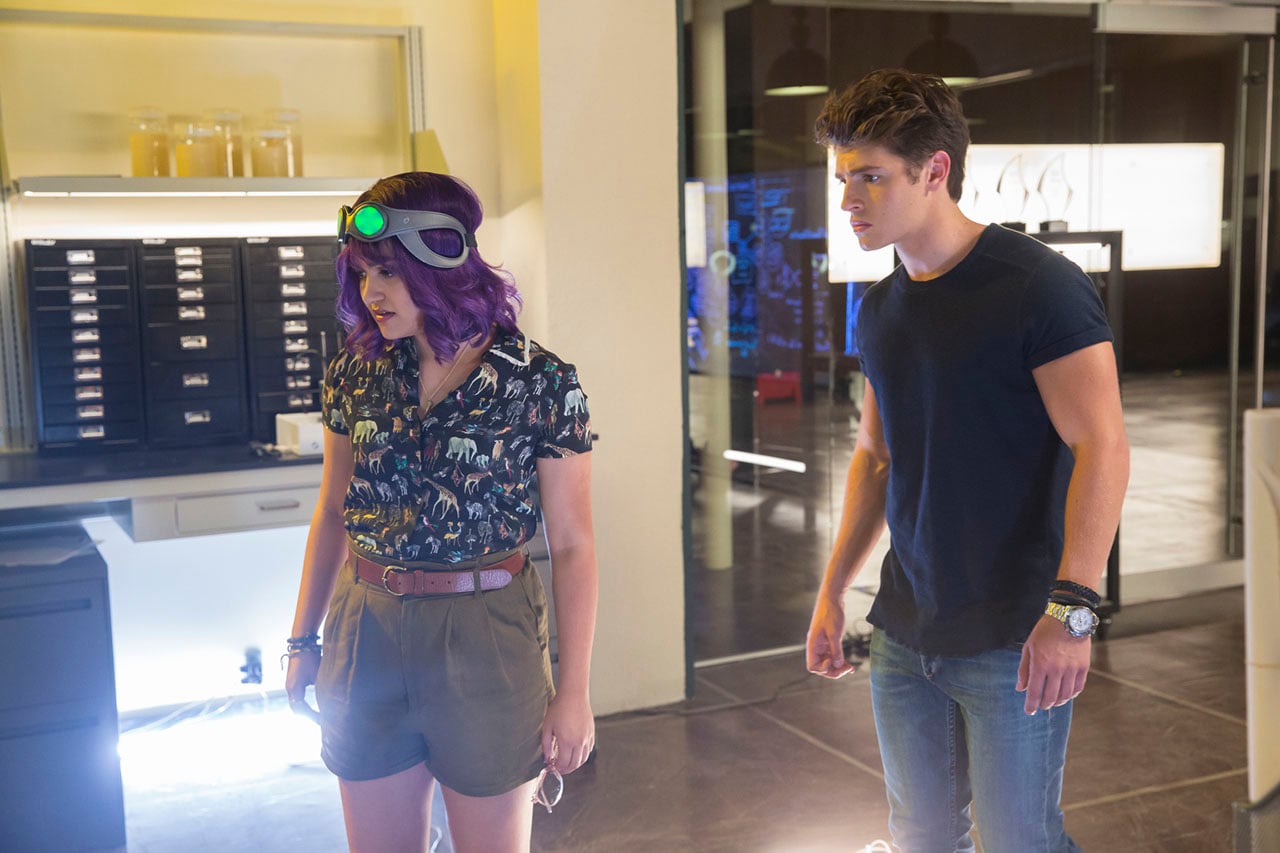 Schwartz and Savage have tweaked the history of the adults, getting rid of the abilities they have in the comics. Or at least so it seems from the early episodes Hulu gave us access to. With that, Runaways has also redefined the origins of Pride, though that does make it a bit puzzling as to why everyone in this high school group of six tend to have abilities. This had a much better explanation in Vaughan and Alphona's comics, where the parents came together due to their own powers, and passed them to their children.

Like Gossip Girl, Runaways deals with teen angst and the problems with growing up. Schwartz, a fan of the comics, introduced them to Savage by saying: "When you’re a teenager, everything feels like life and death, and the stakes in this story—really felt like that." Of course, this is also a superhero series, so it has deal with those traditional aspects of heroism and villainy too. Chase gets an early moment to shine, though it does have a damaging impact on Karolina's journey, turning her into a damsel-in-distress instead of letting her shine on her own.

Elsewhere, Molly is the first to be shown with superhuman abilities, which she accidentally discovers as her body is going through changes brought by the onset of puberty. Seeing her experience her newfound capabilities is a joy, not least because Molly seems to be having fun herself. Her attempts to become the muscle of the group, and in effort reveal herself, are repeatedly rebuffed, which is another delightful way of showing how the elder kids never take the young ones seriously. 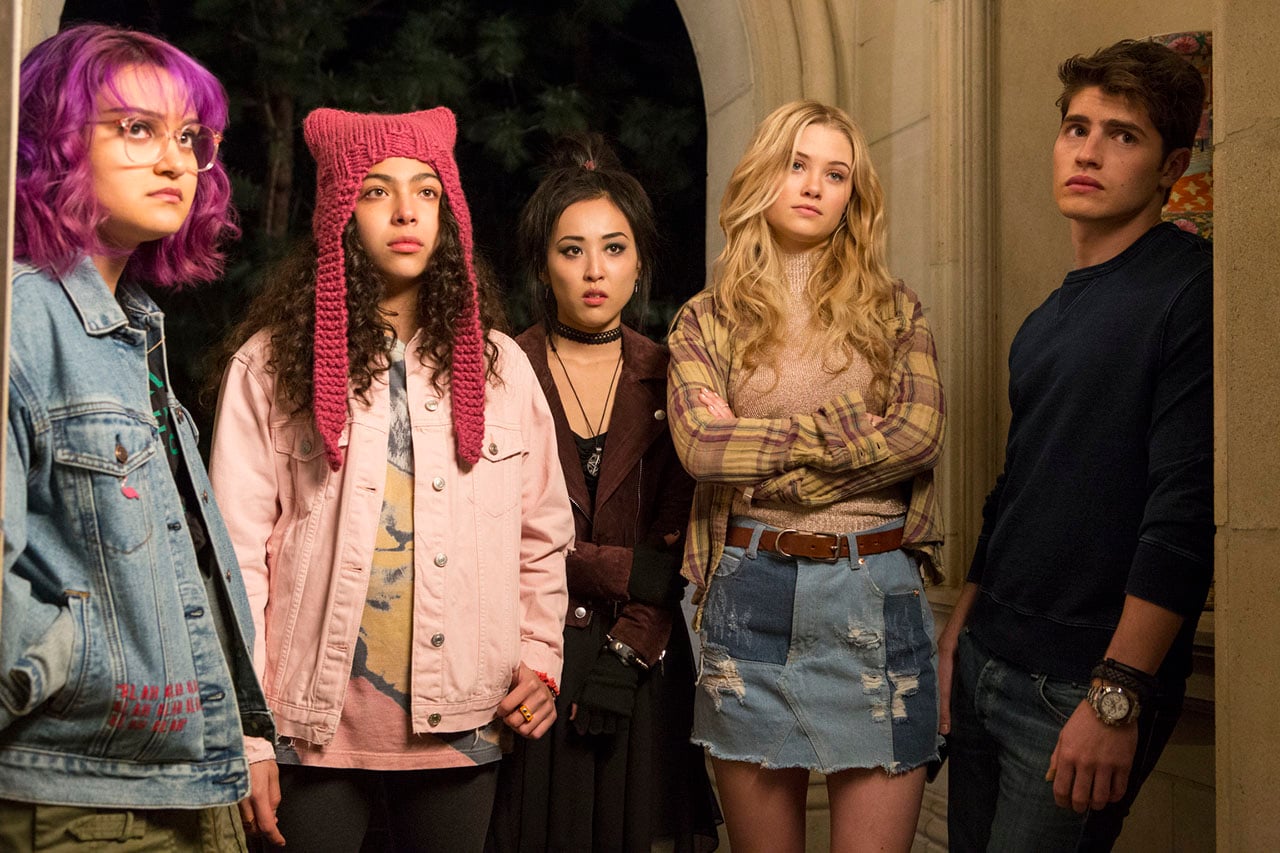 When the series begins, the six teenagers haven't hung out in ages, owing to Amy's mysterious death. But due to a string of events, they end up one night at Alex's home, and end up witnessing their parents dressed in ceremonial red robes, sacrificing a young woman. Freaked out over what they saw, the kids try to pretend as if nothing's out of order, while simultaneously looking through their houses for clues.

The decision to give equal focus to both generations means the first two episodes are presented from two sets of different viewpoints: one from children, and the other from their parents. Given the massive size of the ensemble, Runaways needs time to ensure all its characters feel properly serviced, without letting a couple feel like obvious yet unsaid leaders. That's much tougher than it reads, and it's to the writers' credit that the show doesn't drag too much early on, even if there are certain subplots that are a lot more boring than others.

The bright lights are the characters of Gert – whose empowering presence will no doubt be an inspiration for young girls – and her two parents, whose vulnerability makes them much more relatable. The performances of Sands (Alex's father) and Marsters (Chase's father) are also highlights, though none of the characters can be fleshed out in the time they get on screen. The fact that Runaways is putting a bigger spotlight on the parents definitely holds promise for the rest of the season, and beyond that.

The biggest trouble for the Hulu series is that it's nigh impossible to introduce so many characters at once, and get you to invest in any of them. The initial episodes give you only the slightest of peaks into their world, and it's likely that viewers will be unable to keep track of everyone's motivations, goals, and actions. Even after watching ourselves, we could hardly recall the names of half the cast, let alone remember what their traits were. 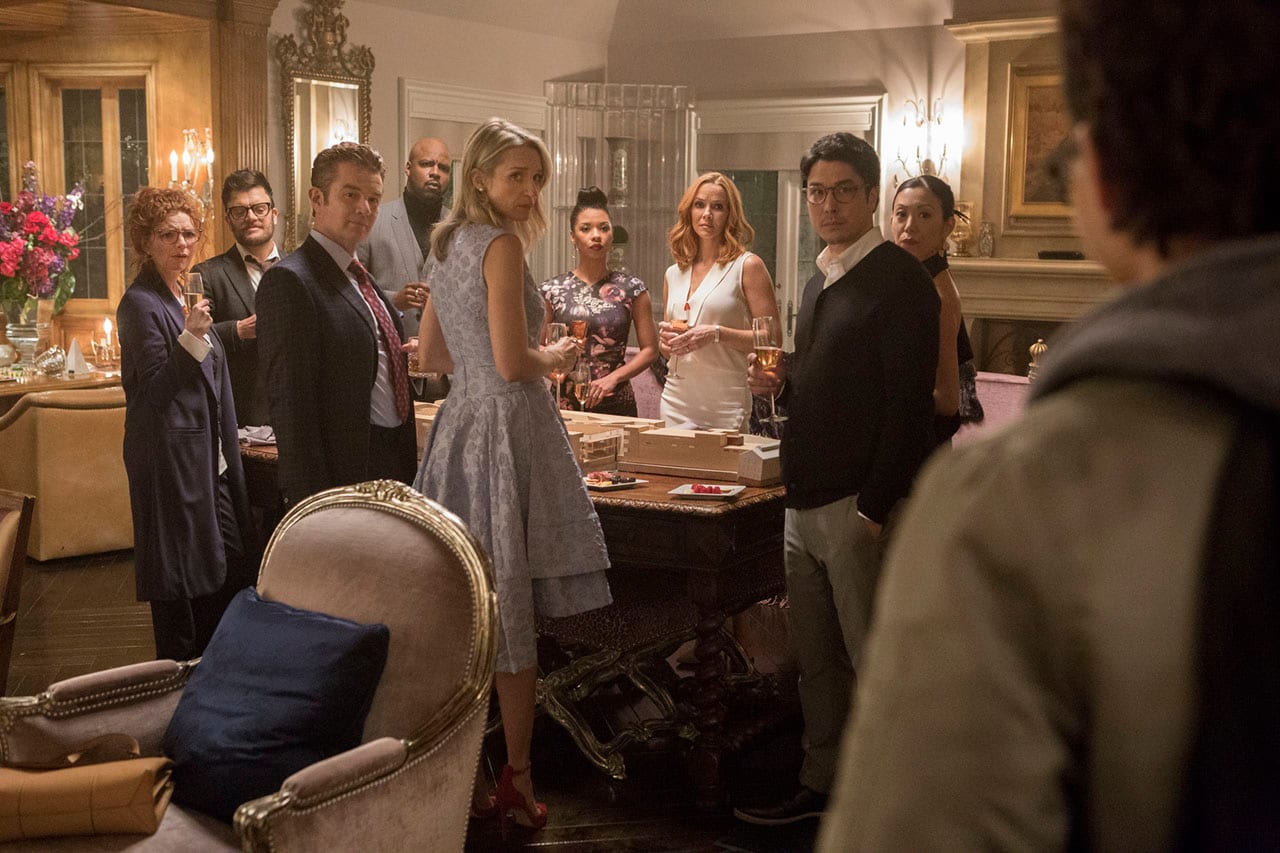 A gathering of Pride, the charity involving their parents, at Alex's house in a still from the pilot of Marvel's Runaways
Photo Credit: Paul Sarkis/Hulu

By the end of the fourth episode – the first season has a total of 10, airing November through January – Runaways hadn't even justified its title yet, except a cursory remark about a bunch of missing kids that had left their families only to end up missing or dead. That said, it's able to craft out interesting mini cliff-hangers for most of its episodes, which will have you wanting to play the next episode the moment one ends. Or rather waiting, since Hulu doesn't operate on the same binge-viewing policy as Netflix.

Two other things are worth pointing out. Runaways preserves the racial inclusiveness of the comics, which means African-Americans, Japanese-Americans and Hispanics are part of the show, though the majority of the cast is still primarily white. And though everyone on the show is privileged given their socio-economic status, Schwartz and Savage do attempt to point out the more privileged status of some among them, showing the insidious effects of just looking different.

The other is the fascinating title sequence, which juxtaposes shots of the LA super-rich lifestyle – gleaming homes, tall fences, and huge backyards – with surveillance cameras, and symbolic imagery hidden in plain sight, all set to an ominous soundtrack by Siddhartha Khosla (This is Us). It's offering commentary of its own, placing the one-percenters squarely in its target. Runaways turns them into literal supervillains to get its point across, but the question remains the same: who's going to pay for what you've done?