Marvel's The Punisher Is a Terrific, Violent Addition to Netflix

The four street-level Marvel superheroes we’ve seen on Netflix so far – Daredevil, Jessica Jones, Luke Cage, and Iron Fist – subscribe to a non-lethal policy of vigilante action for the most part. That’s never been true for The Punisher aka Frank Castle (Jon Bernthal), who introduced himself in the second season of Daredevil in an explosive fashion. His violence was justified by the targets he chose - gangsters, mob bosses, and criminals.

And that continues to be the case at the beginning of his solo adventure, Marvel’s The Punisher, the first spin-off borne out of the Marvel-Netflix partnership that began a little over three years ago. Despite repeated pleading from his friend Karen Page (Deborah Ann Woll), who reprises the role she has played in both Daredevil and The Defenders, Castle is a man of his own volition – and in turn, a man who prefers talking with bullets.

Bernthal's portrayal of the character in Daredevil is the main reason for the existence of this show, and there are still no disappointments on that front. Now as the sole centre of attention, he gets more than enough time to play the complexities of a man who lost it all and feels wronged by the world, which is why he prefers taking matters into his own hands and views everything from a skewed animalistic perspective of kill or be killed.

The final official trailer for Marvel's The Punisher, out November 17 on Netflix
Video Credit: Netflix/YouTube

Being a Netflix show, The Punisher couldn’t go down the line of a cable crime procedural, having Castle take on new enemies in every episode, the way Agents of S.H.I.E.L.D. operates on ABC. At the same time, it’s also very different from all other Marvel-Netflix shows prior to it, given it’s much less concerned about its New York setting, and has little interest in wisecracks and humour, with minimal exceptions.

At the start of the show, Castle is living an anonymous life as construction worker Pete Castiglione, having left behind his Punisher identity as an opening montage tells us. It also serves to introduce those who have never seen him in action that he's great with weapons, as he snipes a cartel boss in Juárez, Mexico while sitting in El Paso, Texas.

But his anonymity doesn’t last long as he’s found out by Micro aka David Lieberman (Ebon Moss-Bachrach), a former NSA intelligence analyst whose life has references to Edward Snowden’s. While comic book fans will likely recognise the name, the character is a lot different from what he’s been in the comics. On the show, Lieberman is presumed dead – just like Castle – in a bid to keep his family safe.

Lieberman’s interest in Castle comes from an off-the-books CIA operation that ended in the killing of an innocent Afghani, and the show creates a complex and intricate web of connections as it goes on. Through it all, The Punisher turns into a multi-layered look at the soldier life and the intelligence community, and everything that entails. 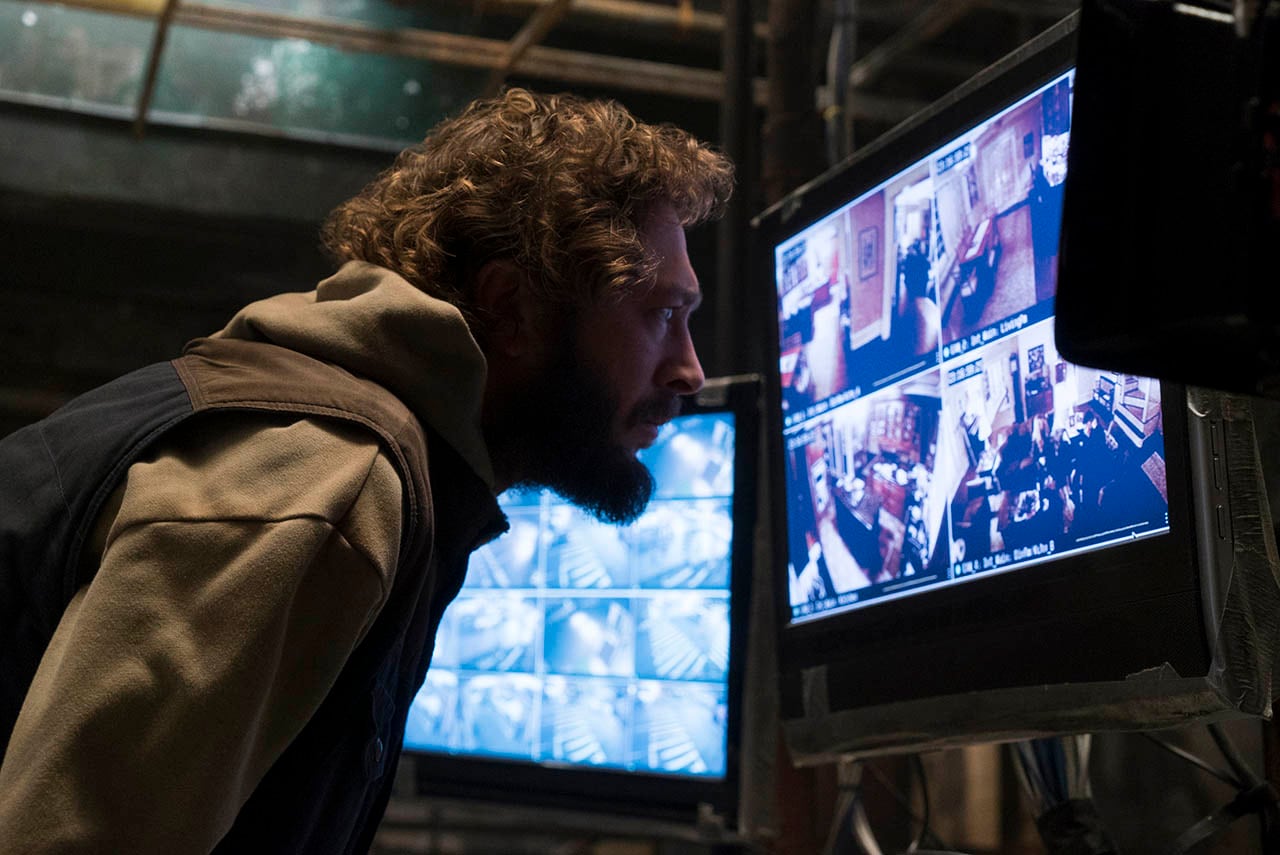 In that light, tapping Steve Lightfoot as creator and showrunner makes a lot more sense, given his background as a producer and writer on the award-winning House of Saddam mini-series. Lightfoot and his team of writers explore the various ills of war on The Punisher too, with an emphasis on the dirty practices of the CIA, and the PTSD effects on Castle and others like him.

Lightfoot has also brought two cast members from that BBC-HBO show to the new Marvel series, including Amber Rose Revah as an Iranian-American Homeland agent returning from Afghanistan called Dinah Madani, and Emmy-winner Shohreh Aghdashloo (The Expanse), who plays her mother Farah Madani, a well-off psychiatrist by profession.

The younger Madani is central to the 13-episode story arc of The Punisher, whose investigation into the abduction, interrogation, and execution of a Pashto police officer – an event that has parallels to the ghastly Abu Ghraib prisoner abuse from the Iraqi war – puts her in the crosshairs of people that want to keep said matters quiet.

It’s also the common thread between the two main stories – Madani’s investigation that keeps getting shut down by superiors, and Castle’s wish to bring justice to those that put his family in harm – alongside a dive into the latter’s previous life as a Marine, and the lessons and consequences of his decisions. The first four episodes are essentially an exercise in deconstructing who Castle was during his Afghanistan years and how he got to his desperate state. Michael Nathanson as Sam Stein, and Amber Rose Revah as Dinah Madani in a still from Marvel's The Punisher
Photo Credit: Nicole Rivelli/Netflix

Meanwhile, The Punisher also weaves together the muddied practices of the US in the troubled nation, and connects that into an unwilling partnership for Castle and Lieberman, after the former slowly realises how big and corporate-ish his ex-employers are. The writing is clever enough to understand that the two need each other despite their shared hatred, and it pushes that angle further to turn their relationship into a strained marriage of sorts.

The Punisher is excellent in handling its range of supporting characters too, giving each of them enough time in building out a compelling arc for themselves, while not pushing them into a cliched story. That includes Micro’s wife Sarah Lieberman (Jaime Ray Newman), who is unaware of her husband’s fake death. As much as Castle tries to close the world out, a part of him does want to connect with people, and he finds that in David’s family.

There’s Billy Russo (Ben Barnes), Castle’s best friend from war times, and who now runs a private military contractor. Though comic book fans will know him by a different name – Jigsaw – Russo gets a different story on The Punisher. He is the poster boy for starting a second life after being a soldier, and his compromise on ethics sets up a wonderful late storyline with intriguing developments.

That leaves Curtis Hoyle (Jason R. Moore), the head of a veteran support group and one of the few who knows Castle is alive; and Lewis Walcott (Daniel Webber), a young vet unable to leave his old life behind. Through that dynamic, Lightfoot explores the shortcomings of veteran care, and the widespread problems it can lead to. 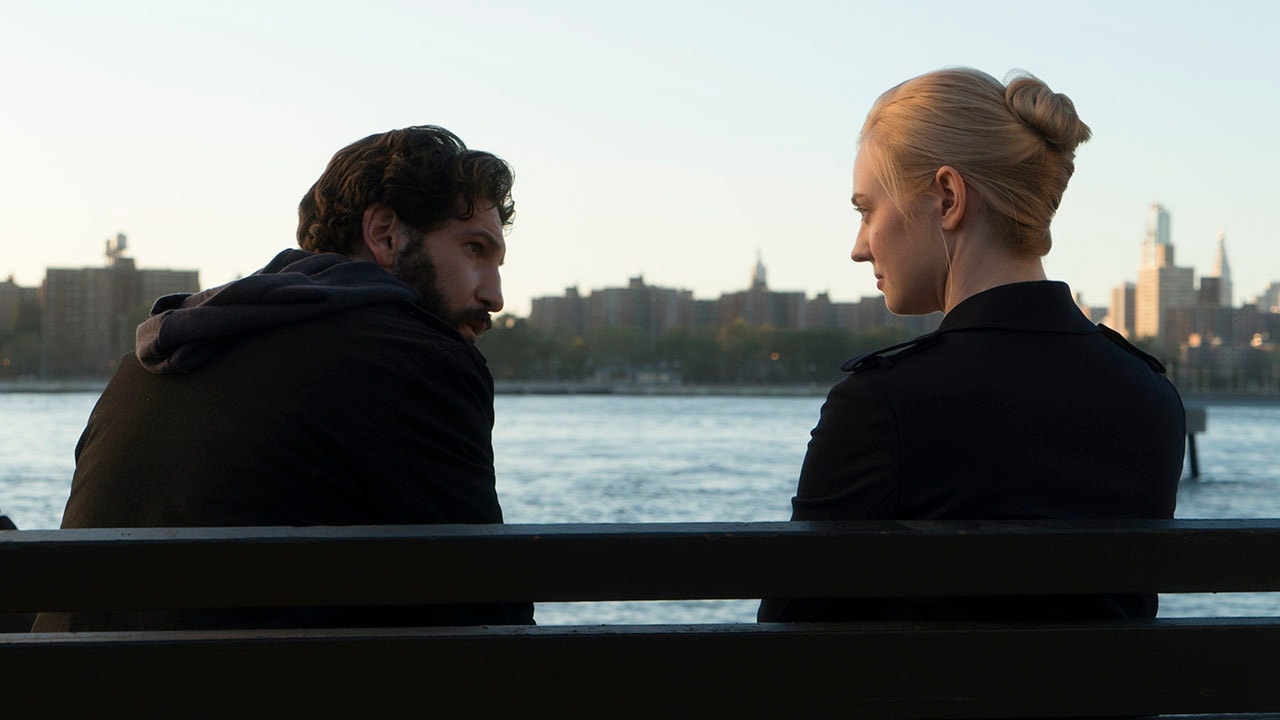 Jon Bernthal as Frank Castle, and Deborah Ann Woll as Karen Page in a still from Marvel's The Punisher
Photo Credit: Nicole Rivelli/Netflix

The Punisher is as dark and pessimistic as Daredevil about the outcomes, even more so in certain places. And the absence of superpowers makes the newest addition to the Marvel-Netflix partnership immediately more relatable and striking. At the end of the day, Castle is just a slightly more capable version of us dealing with some serious issues.

That vulnerability at the heart of the character, along with the nightmares he has of his wife and kids, makes The Punisher a bit like Homeland meets Jessica Jones, without the antics of the former’s protagonist.

The Punisher is far from a publicity grab on the growing popularity of Marvel superheroes, and pushes the notion of what we’ve come to expect from the Netflix vigilante dramas. Thanks to Castle’s propensity for gunfire and Micro’s use of technology, the new series can deliver action sequences that will feel fresh to Marvel fans, and contributes into making a show that truly understands the character, warts and all.

Marvel's The Punisher will hit Netflix on Friday, November 17.

Further reading: The Punisher, Marvel, Netflix
Akhil Arora Email Akhil Akhil Arora covers entertainment for Gadgets 360, interviewing stars such as Christian Bale and Anurag Kashyap, covering series premieres, product and service launches across the globe, and looking at American blockbusters and Indian dramas from a global socio-political and feminist perspective. As a Rotten Tomatoes-certified film critic, Akhil has reviewed over 150 movies and TV shows in over half a decade at Gadgets 360. When he is not completely caught up with new film and TV releases, Akhil ...More
Gionee M7 Power India Launch Set for November 15, Sports 5000mAh Battery
YouTube Kids Announces New Measures to Safeguard Children From Inappropriate Videos

product The first spin-off in the Marvel-Netflix collaboration is a worthy addition that takes an unflinching look at the ills of war.

Marvel's The Punisher Is a Terrific, Violent Addition to Netflix
Comment