Bryan Cranston in a still from Electric Dreams' "Human Is"

The works of science fiction author Philip K. Dick have been a near-constant source of inspiration for Hollywood, from Ridley Scott's Blade Runner in 1982 and the Ryan Gosling-starrer sequel last year, the 1990 and 2012 film versions of Total Recall, Steven Spielberg's Minority Report with Tom Cruise in 2002, and the ongoing Amazon alt-history series The Man in the High Castle to name a few. The adaptations have garnered billions of dollars altogether, but more importantly, have shown that Dick's stories and the themes within them – reality, corporatisation, and what it means to be human – are timeless.

And for the first time, his name itself has become part of the title. Philip K. Dick's Electric Dreams, an anthology sci-fi series based on his many short works, shows how influential and important Dick's name is in the industry. That success has a layer of sadness to it as well. Science fiction is a big genre for the entertainment industry today, but it wasn't looked at as fondly in the 50s and 60s when Dick wrote much of his early work. It had no place in mainstream literature, and the author – who died months before the premiere of Blade Runner – spent most of his life with financial troubles.

The new show – there are a total of 10 episodes in the first season, coming to Amazon Prime Video globally on Friday, after having aired six on Channel 4 in the UK – is a tribute to his legacy, and further cements the place of anthology series in TV's new golden age. Their short nature is beneficial for both creators and audiences; it affords the former more creative freedom and flexibility, and it means less commitment for big actors, and the viewers, who don't need to catch up on previous seasons to enjoy what's on offer.

That's why Electric Dreams has been able to draw together a powerful cast and crew. The likes of Bryan Cranston (Breaking Bad), Steve Buscemi (Boardwalk Empire), Timothy Spall (Mr. Turner), Anna Paquin (True Blood), Terrence Howard (Empire), R&B artist Janelle Monáe, and Richard Madden (Game of Thrones) will be seen across episodes, with writers and directors borrowed from prestigious series such as Game of Thrones, Stranger Things, Battlestar Galactica, and the Potterverse.

Unlike Black Mirror, its closest cousin owing to the 'anthology sci-fi' label and Channel 4 home (that's where Black Mirror got its start before jumping to Netflix), where Charlie Brooker has full creative control, and other anthology series such as Noah Hawley's Fargo and Ryan Murphy's American Horror Story, there isn't any central figure in the making of Electric Dreams. The show came together with the involvement of Cranston, Ronald D. Moore and Michael Dinner, and they chose to give free rein to the people brought on board.

Even in its story treatment, only a couple of the episodes are anything like Black Mirror. Dick's work was always ahead of his time back in the day, and most of the short stories are still quite futuristic in their setting. While Black Mirror's horror and eeriness comes from the fact that it offers a peek into a future just 10 minutes from now, most Electric Dreams episodes present a world that's quite different from ours. The closest of the lot is "The Commuter", starring Spall, while the farthest of the lot is "Impossible Planet", written and directed by David Farr (The Night Manager). 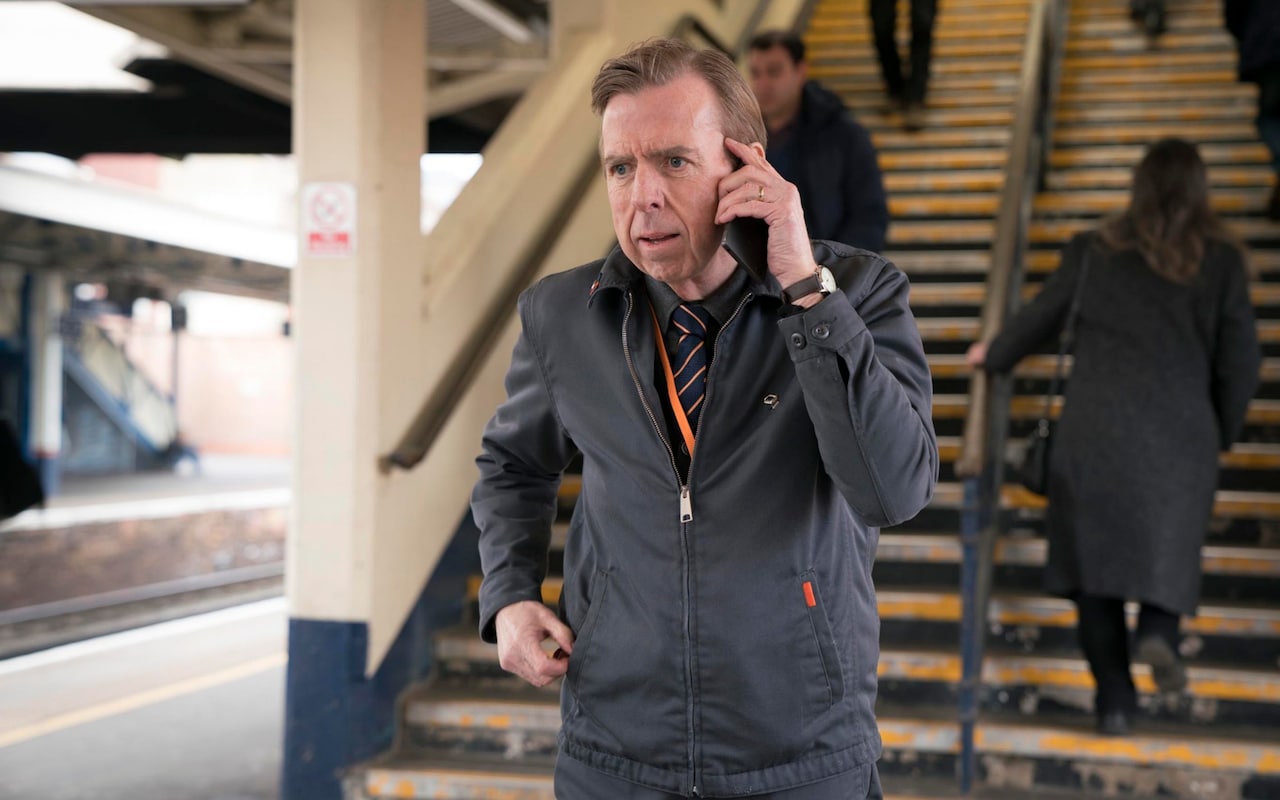 Timothy Spall in a still from Electric Dreams' "The Commuter"
Photo Credit: Amazon/Channel 4

Incidentally, those two episodes are also opposites when it comes to quality of the show itself: "The Commuter" being the strongest, and "Impossible Planet" being the weakest. In the former, the wonderful Spall plays a dull middle-aged train station employee called Ed Jacobson. One day at the station, a commuter comes up to the ticket window and asks for a ticket to a non-existent town, but before he can figure out the problem, she disappears.

Ed is then pulled into the mystery, and tries to figure out whether the town actually exists. Frequent collaborators director Tom Harper (BBC's War & Peace mini-series) and playwright Jack Throne (Harry Potter and the Cursed Child) created the episode, easily the best of the lot. "The Commuter" works so well because it uses science fiction to chip away at the heart of our fantasies that we dream of to get away from our grim lives. It hits neatly at the idea of secretly wishing for something to ease your pain, but still choosing your screwed up life because you've invested so much in it.

In "Impossible Planet", an elderly (over 300 years old) deaf rich woman called Irma (Geraldine Chaplin) comes knocking at the door of an agency specialising in space tourism in a new galaxy, where Andrews (Benedict Wong) and Norton (Jack Reynor) are two overworked and underpaid employees. She promises a hefty payment if they take her on a journey to Earth, but there's just one problem: the planet has long been thought extinct. 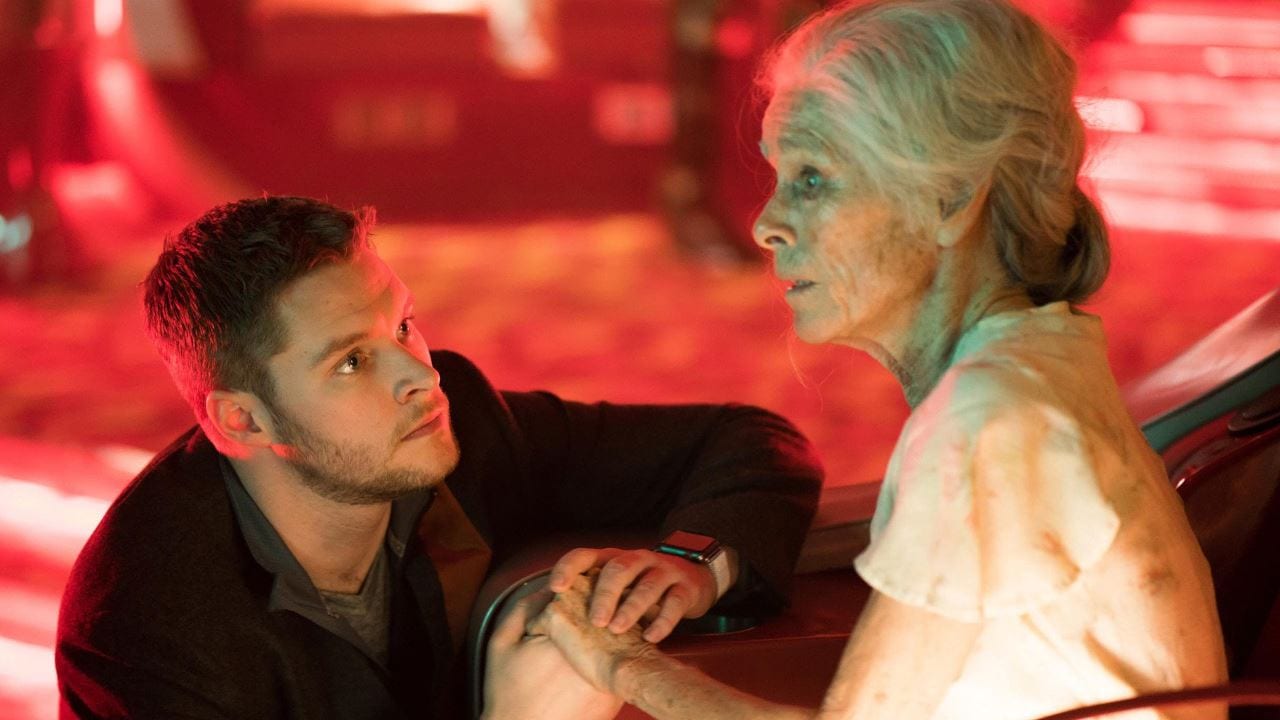 "Impossible Planet" makes changes to the story's end-game, and gets rid of the final twist that Dick had incorporated, which is baffling because that's what gives the story so much meaning. Instead, Electric Dreams focuses on the relationship between Norton and Irma, two individuals who had never met before but seem to share a past and memories. Though the developments hint at time travel at one point, the episode ultimately chooses to ignore that and go in a very different and unsatisfying direction.

In this way, episodes vary in how they interpret Dick's work, either sticking close to the original word or merely using it as a base to tell their own tale. "Real Life", written by Moore (Battlestar Galactica), completely changes the setting and the character's background, only keeping the central idea: two individuals living in different time periods, but connected mysterious ways. One's a lesbian cop Sarah (Paquin) in the future with a flying car, and the other is a black VR game designer George (Howard) in present day.

"Real Life" is about survivor's guilt, with the character questioning whether she deserves happiness after having survived a gunfight that claimed the lives of 15 fellow officers. As for the sci-fi element, the episode tackles a constant Dickian theme of alternate realities, and the failure to discern the real from the virtual. "Real Life" will keep you guessing which reality is simulated to the very end, but that's only if you can get past the cringe-worthy dialogue. 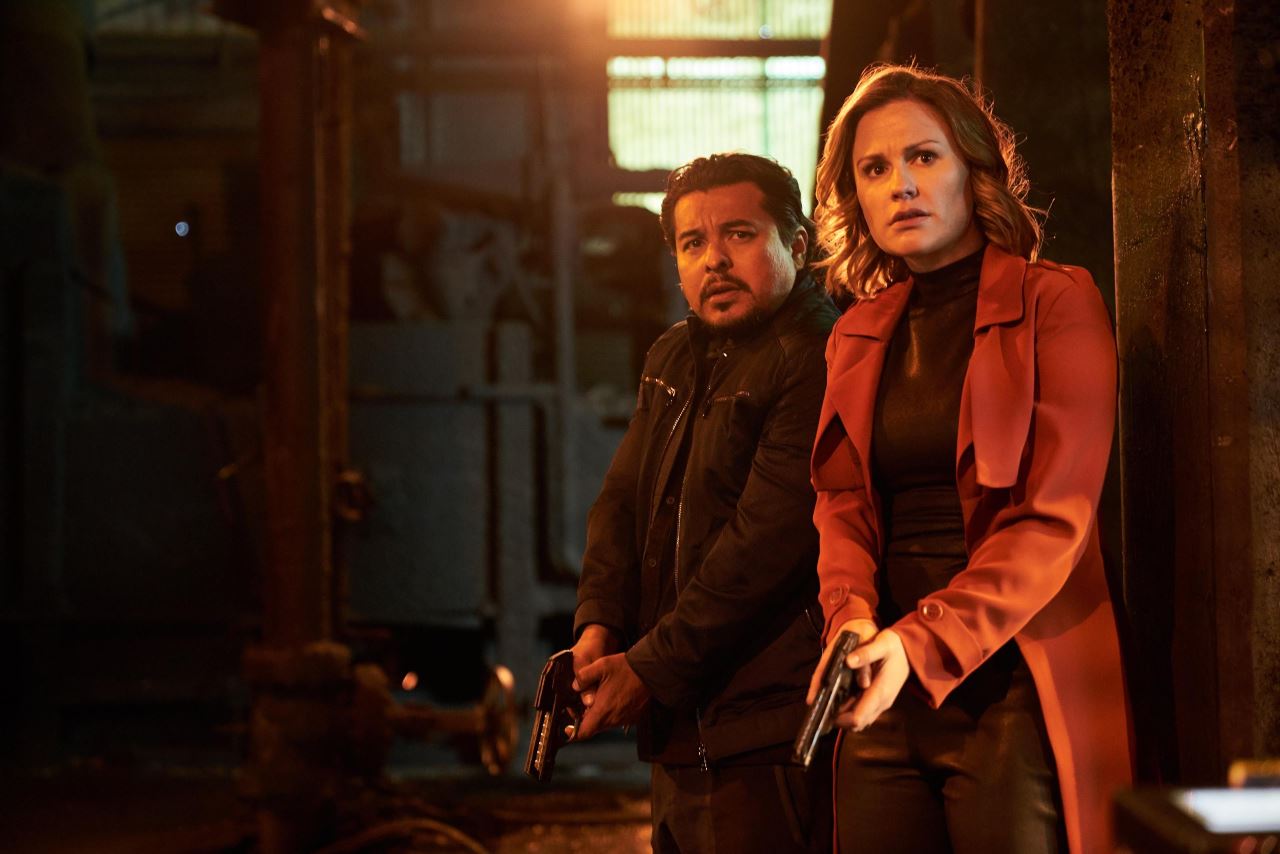 "Human Is", the episode starring Cranston and Essie Davis (Game of Thrones), on the other hand, is much closer to Dick's original story. Cranston plays an emotionally abusive husband and military general who returns from a battle a different man. He finds little joys in life, and rejuvenates the loveless and sexless marriage with his wife (Davis).

The episode's 26th-century setting where mankind is reeling from limited oxygen supplies is just background chatter for "Human Is", which gets at Dick's core ideas of what it means to be human. If an alien lifeform is capable of showing love, kindness and sacrifice, does that make it more human than human? What is more important over the long run in a marriage: someone sticking with it, or someone who's looking out for you?

While both "Human Is" and "Real Life" give concrete answers, other Electric Dreams episodes choose to have an ambiguous ending, such as the season opener "The Hood Maker", starring Richard Madden (Game of Thrones) and Holliday Grainger (The Finest Hours) as work partners Agent Moss and Honor respectively, the latter of them being a mutant telepath, derogatorily known as 'Teeps'. The episode deals with state surveillance, civil liberties, knowledge, evolution, and fear of the other. 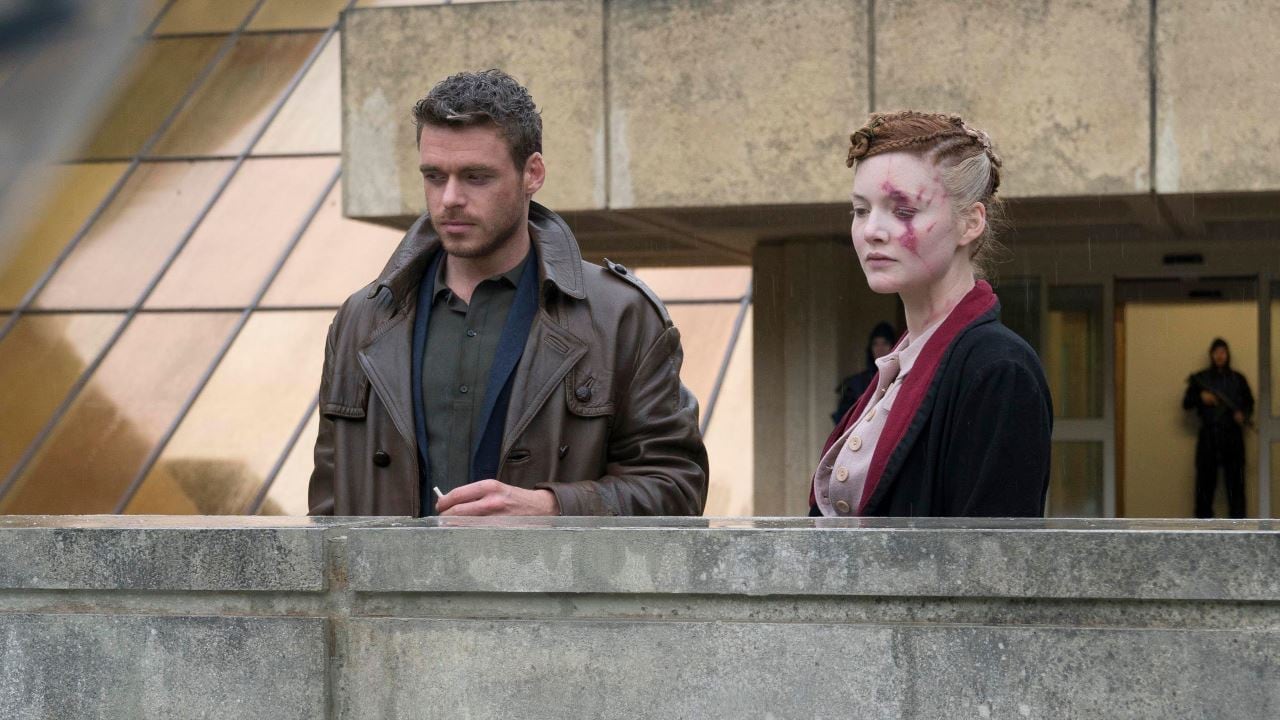 Madden and Grainger are both great in their roles, the latter especially for the vulnerability she brings to a character trying to please both sides, the Teep clan she belongs to and the police force she works for. The trouble is that a single 50-minute episode doesn't give enough time to develop the characters and make you feel their pain. There are moments in "The Hood Maker" that don't have the needed gravity and depth to them because you haven't known these characters long enough.

That's not a problem for most other episodes, and the themes the stories weave together are not only timely, but can also be read in more than one way at times. All of that is brought to life by some terrific actors, writers, and directors, and complemented by great visuals and impressive production values. It's hit and miss for sure, but Dick's prolificacy as a writer means Hollywood can keep returning to this well for many more fascinating sci-fi setups for years to come.

Further reading: Amazon, Amazon Prime Video, Electric Dreams, Philip K Dick, Philip K Dick Electric Dreams
Akhil Arora Email Akhil Akhil Arora covers entertainment for Gadgets 360, interviewing stars such as Christian Bale and Anurag Kashyap, covering series premieres, product and service launches across the globe, and looking at American blockbusters and Indian dramas from a global socio-political and feminist perspective. As a Rotten Tomatoes-certified film critic, Akhil has reviewed over 150 movies and TV shows in over half a decade at Gadgets 360. When he is not completely caught up with new film and TV releases, Akhil ...More
WhatsApp Beta for Android Now Lets Users Switch From Voice to Video Call
T-Mobile Adds Over 5 Million Customers in 2017

product The late sci-fi author's short stories get the anthology treatment in Amazon and Channel 4's new co-production, out January 12.