Chris Pratt and Tom Holland do a Dungeons & Dragons to bring back their dad.

More than midway through Onward — the latest animated movie from Disney-owned Pixar — one of the film's two lead characters, Barley Lightfoot (Chris Pratt), bids a teary-eyed adieu to his purple van. The van is really special to Barley. It has a custom unicorn decal on its side. It only starts if the key is in the ignition's “sweet spot”. And it has a name: Guinevere. But Barley must send Guinevere to its death. The way Onward sets up the send-off — from Barley saluting the vehicle as it rides off into the sunset to how the van gallops like a horse (unicorn?) after it bursts a tyre — is the height of the film's slapstick humour. Unfortunately, the rest of Onward doesn't come close to that level often enough.

Instead, it simply retreads what Pixar, its parent Disney, and its sister studio Marvel, have all already done. At its core, Onward is a story about two siblings who bicker and then discover strength in each other as they travel through strange lands, much like Frozen 2. Those siblings are Barley (Pratt), an over-confident guy who thinks he always has the best ideas, and his younger brother Ian (Tom Holland), a gawky teenager lacking in confidence. That's Pratt and Holland channelling their Marvel Cinematic Universe characters. Onward is also about a boy who defies his family to connect with his dead father, like in Coco, and its world is replete with anthropomorphic (magical) animals, as in Zootopia. Everything feels familiar, and Onward does not improve on what came before.

That's not to say that Onward is a bad movie. In fact, it's a perfectly enjoyable one, delivering plenty of slapstick comedy and building into a surprisingly emotional finale that tugs at your heartstrings. The latter bit is courtesy of director Dan Scanlon, who co-wrote a semi-autobiographical story with Jason Headley (A Bad Idea Gone Wrong) and Keith Bunin (Horns). But that climax feels a little unearned because the rest of the Pixar film hasn't done the required heavy-lifting. Instead of pushing into its protagonists and themes from the start, Onward largely leaves that up to its third act, which is frankly a little too late. Even then, it enlists the help of a flashback montage to get the message across. By Pixar's lofty standards, Onward is more Monsters University (also from Scanlon) than Inside Out.

Onward opens by delivering a bite-sized history of its world: magic once ruled the place, but science and technology took over because it was easier for everyone. Why bother to master a spell when you can simply flick a switch to turn on the light? It's in this humdrum suburban existence that we find Ian (Holland) and Barley (Pratt), two blue-skinned elves and their single mother, Laurel (Julia Louis-Dreyfus). The father passed away before Ian was born, while Barley only has a few precious memories of him. Ian's life has seemingly been defined by his dad's absence, as he's grown into a nervous wreck who can't even ask his classmates over for a party. Meanwhile, Barley has completely invested himself in the past, including a Dungeons & Dragons-type game called Quests of Yore, which he considers historical.

Everything changes on Ian's 16th birthday, when his mom says that their dad left a present for them: a wizard's staff, a magical gem, and a spell that can bring him back for a day. Ian and Barley are delighted, but their excitement is cut short after the magic falters and leaves them with a half-resurrected father — just his legs. Relying solely on his Quests of Yore knowledge, Barley proclaims that all they need is a new magical gem, using which they can restore the other half of dad's body before he disappears in 24 hours. Like the game Barley is obsessed with, Onward too is structured around a quest, as the two brothers venture out into lands unknown. It's a classic hero's journey. Along the way, they learn more about each other, improve on their flaws, and deal with “gelatinous cubes”.

If you're into fantasy adventure role-playing games — be it the physical or digital variety — Onward will feel right up your alley. For what it's worth, the Pixar film attempts to subvert adventure tropes. Yet at the same time, Onward is content to play into tropes elsewhere. It wants to have its cake and eat it too. The first stop on Ian and Barley's quest is a dangerous tavern owned by a manticore (Octavia Spencer). It's set and dressed up in the most predictable of ways: spooky, haunted, and under a cloud of fog. But when the brothers actually walk through the door, they find that the tavern has been turned into just another restaurant. And the manticore, Corey (Spencer), isn't trying to roast you alive. Instead, she's too busy running the place and pleasing the guests. 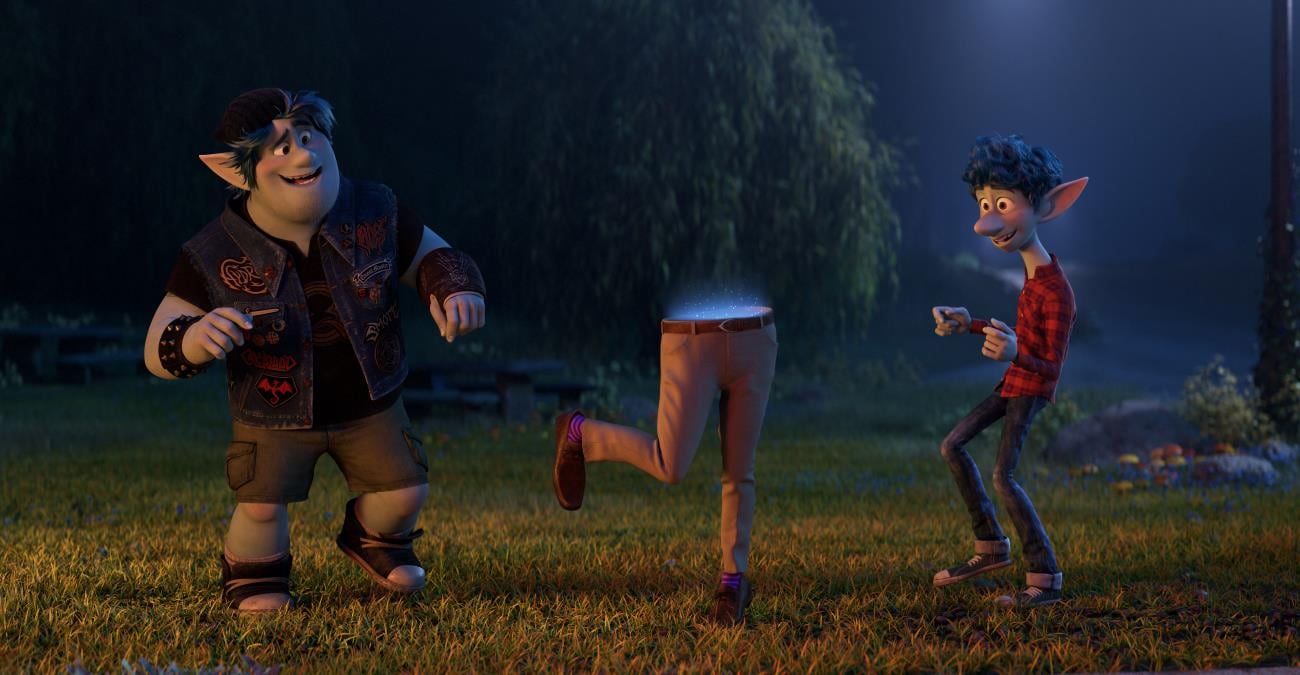 There's a lesson here, about risky adventures giving way to family-friendly corporatisation, that can be extended to Onward itself. For a film about quests, it's odd that there are no antagonists here. Sure, the mother Laurel and her new centaur police officer boyfriend (Mel Rodriguez) are trying to catch up to the kids, but only because they are trying to keep them safe from a curse tied to a great beast. And even said great beast turns out to be not much of a real antagonist. Onward then has a whiff of being too safe and low stakes, just like the restaurant-tavern being run by the manticore, who has picked steady profits over liability issues. In turn, it feels similar for Pixar — landing on a pleasing adventure than one that innovates as it did in its early years — which is disappointing for a studio of its calibre.

Still, Onward delivers as a gentle, heartfelt coming-of-age story. It pairs that with some genuinely funny gags and moments, be it spells going wrong in hilarious ways or Barley coming up with Quests of Yore facts like tiny deus ex machinas. But unlike its protagonist, Ian, who gains confidence and discovers a new him, the Pixar movie never really pushes beyond its simplistic, surface-level designs. It asks the audience to always keep looking for the magic within, but it can't quite find that spark for itself.

Onward releases March 6 in cinemas across India and elsewhere.