Mr. Robot Tries to Wrangle Its Place in Season 3 Episode 1

Rami Malek as Elliot in a still from Mr. Robot season 3 premiere

“It wasn’t me!” Elliot Alderson – the hacker protagonist of Mr. Robot, played by the Emmy winner Rami Malek – shouts back, after his sister and fellow hacker Darlene (Carly Chaikin) wonders why he kept her in the dark about the second stage of their plan against Evil Corp, which formed the great mystery of season two with Elliot stuck in prison. Was it because she wouldn’t have gone along with killing all those people? Elliot’s denial of orchestrating the whole thing isn’t a way to shift blame, but rather referring to the fact it was his other personality, Mr. Robot (Christian Slater), a manifestation of his abusive dead father, and who operates on a different moral scale.

In the third season of the show – which began in the US Wednesday night, and will air in India on Colors Infinity on Thursday at 11pm – Elliot is still fighting his own demons, including the things they’ve set in motion, despite literally taking a bullet for his protestation at the end of last season. And this time, he’s having to do it all by himself, while everyone around him tries to appease Elliot, and wait for Mr. Robot to show himself. Everyone apart from Darlene, whose life-altering experience at the restaurant where her ex-boyfriend Cisco died at the hands of the Dark Army, has convinced her otherwise.

Unfortunately, Elliot has never been the ideal brother. When he walks into his apartment and finds a shaking Darlene, who informs him of Cisco’s death and that she was questioned by the FBI, his first reaction is to wonder what she told them. Later, he uses Cisco's death as a motivational tool to make Darlene follow his lead, after he shuts the back door that was important for the execution of “Stage 2”. Darlene’s natural reaction is to tell her brother to go f--- himself, and he ends up pushing away the only person that’s looking out for him.

There are new troubles brewing elsewhere, in the form of a used car salesman called Irving – played by a fascinating Bobby Cannavale, blending suave and intimidation for a potent mix – who we’re told has been employed by the Dark Army to balance the relationship between Elliot and ex-SVP Technology at E Corp, Tyrell Wellick (Martin Wallström), who fired the bullet that served as the cliff-hanger last year. 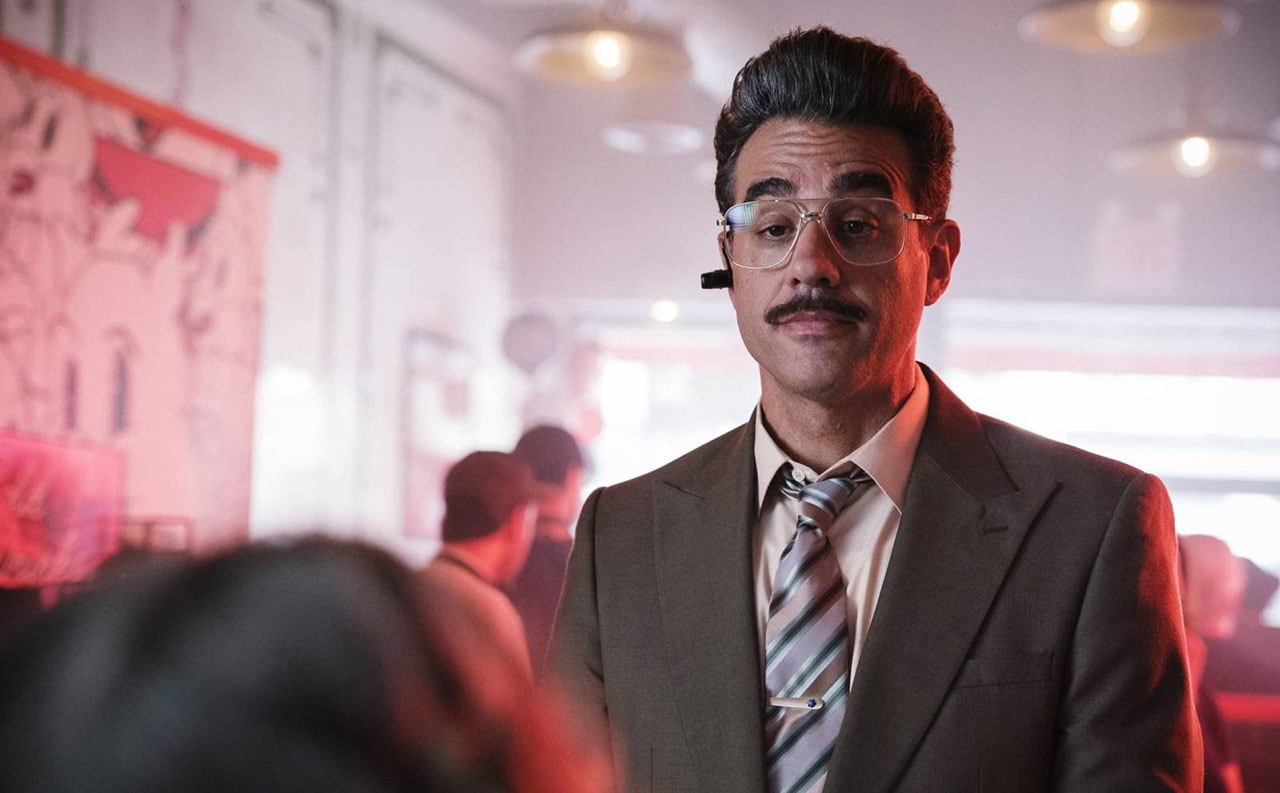 Irving’s introduction happens at a barbeque takeout, where he’s arguing with an employee about his loyalty punch card, and what qualifies as a “visit” so he can get his free milk-shake. It’s not about the money, he says, but the principle. "When we lose our principles, we invite chaos," Irving adds. When he arrives at the E Corp building where Elliot was shot, he’s unperturbed about the whole thing, even as Wellick visibly shakes on the floor clutching Elliot’s stomach.

Elliot wakes up days later and finds himself at Angela’s (Portia Doubleday) place, wondering if everything he experienced never happened. But that illusion is shattered moments later by his best friend, who tells him that Tyrell and the others brought him here, and that they would kill her if he tried to contact the police. Mr. Robot’s second season was criticised for its over-elaborate mechanics and the unnecessary twist that isolated its protagonist from the main narrative. But it did accomplish a lot, mainly in enriching the supporting characters, as it gave their storylines equal importance.

Angela is one among those, and her interaction with the head of the Dark Army Whiterose – played by B.D. Wong, now a series regular – has given her the necessary impetus to not just see the mission through, but also given her the power to deceive his childhood friend Elliot. Her impassioned speech towards the end of the season 3 premiere is a clear sign of that, and Mr. Robot’s decision to create scenes where the anarchist side (Slater) is there without Elliot makes for some unsettling viewing.

Elliot has been unhinged from the beginning, and rather than being helped through it, he’s now being actively enabled by the people around him. It’s an intriguing premise, that of Elliot against the world, and one that sort of resets the show to its early days. He’s convinced that Stage 2 is not a good idea, given the deaths caused by his actions, the health of the US economy, and the hardships being endured by others, and tries his best to put an end to it. 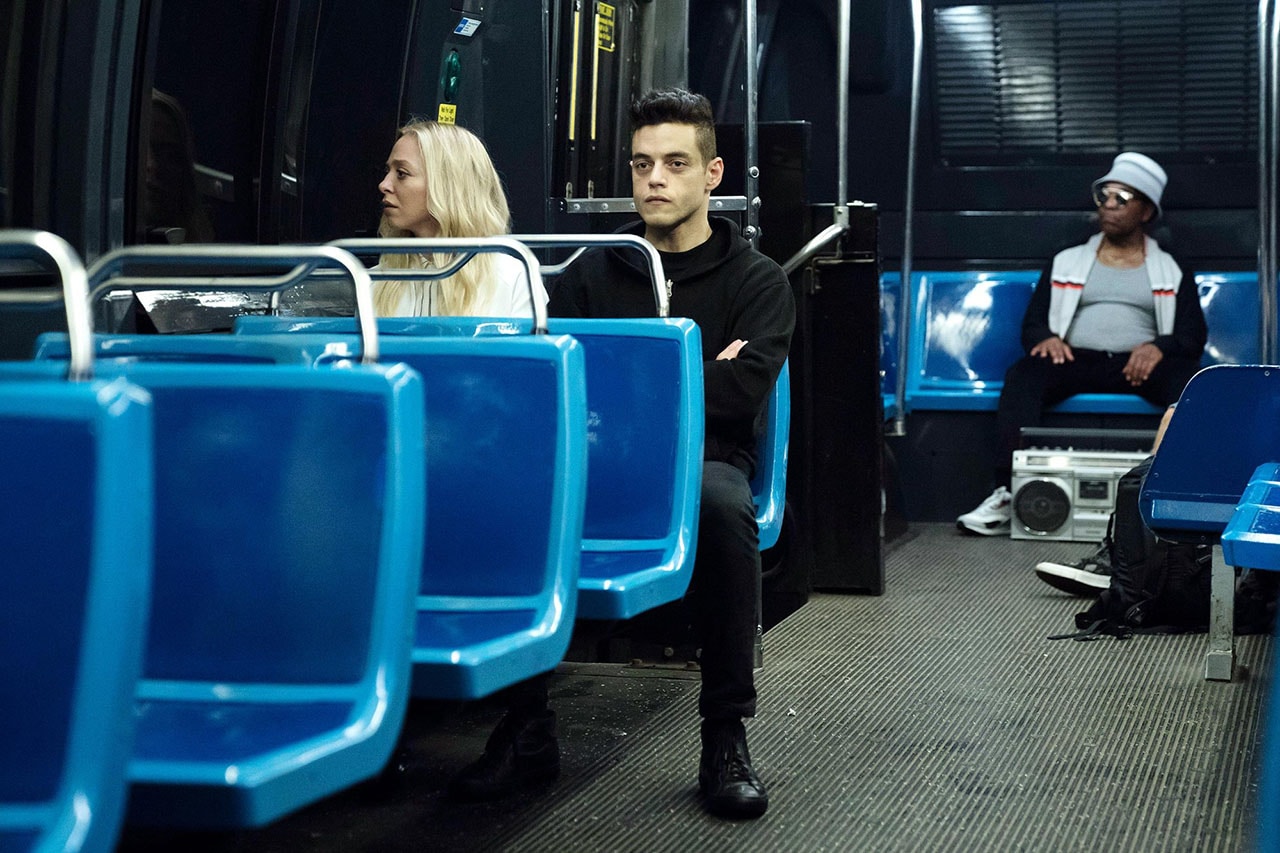 Portia Doubleday as Angela, and Rami Malek as Elliot in a still from Mr. Robot season 3 premiere
Photo Credit: USA

But the ideas of his other self – Mr. Robot – are infectious enough, and important enough for some, to not warrant an abrupt end. Especially for Whiterose aka Zhang, the Chinese Minister of State Security, whose grand plans involve something that looks like a Large Hadron Collider at E Corp’s Washington Township, which is behind the deaths of Elliot and Angela’s parents. Despite concerns raised by his right-hand man, he’s adamant that Elliot be kept alive until he has served his purpose.

It’s why Irving’s face expression changes at the barbeque place when Elliot demands a confirmation from Whiterose, as to the shutting down of Stage 2. Even as the Dark Army has the tools to carry out the plan themselves, as Whiterose explains at the beginning of the episode, they don’t possess Mr. Robot’s “unadulterated focus [and] rage”. They still need to keep him in check – namely, the Elliot side – which is why Irving threatens Elliot by way of threatening Darlene.

All those parts have the making of an impactful season, one that has again been entirely directed by creator Sam Esmail, as he did with season 2. But Esmail’s attempts to comment on the happenings of our world – Mr. Robot was very timely in season 1, but has since drifted apart since it’s still set in 2015, where Obama remains the US President – feel rather disconnected, and a reference of parallel universes at the start of season 3 premiere makes you wonder if he’s setting up another twist.

At the same time, it’s also directly confronting the Trump presidency. Midway through the episode, as Elliot reconciles with the consequences of the Five/ Nine hack and how he helped “f--- society”, he laments: "This dark future that I’ve set into motion, who knows what could come from this?", and it immediately cuts to shots of Trump at his victory speech on election night, followed by fictional imaginings of things that aren’t far-fetched at all in today’s time.

Through Elliot’s monologue, which directly addresses the viewer by breaking the fourth wall, Mr. Robot implicates all of us as participants in the degradation of society, and holds us responsible for our actions and inactions. When he concludes that “I’m the one to blame”, it’s not just him he’s referring to. It’s a call-to-action in more ways than one, reminding us to keep the powers in check, and refuse to have the wool be pulled over us.

Mr. Robot airs on Colors Infinity in India every Thursday at 11pm.

Further reading: Mr Robot, USA Network, Colors Infinity
Akhil Arora Email Akhil
Akhil Arora covers entertainment for Gadgets 360, interviewing stars such as Christian Bale and Anurag Kashyap, covering series premieres, product and service launches across the globe, and looking at American blockbusters and Indian dramas from a global socio-political and feminist perspective. As a Rotten Tomatoes-certified film critic, Akhil has reviewed over 150 movies and TV shows in over half a decade at Gadgets 360. When he is not completely caught up with new film and TV releases, Akhil ...More
Honor WaterPlay Tablet With IP67 Rating, 6660mAh Battery Launched: Price, Specifications
Alphabet's Waymo Said to Demand $1 Billion in Uber Settlement Talks