Tom Cruise's long-running Mission: Impossible franchise is expected to deliver a few things at this point. You’ll get insane, hair-raising stunt sequences with Cruise himself doing much of the legwork, Cruise running a lot on foot and flashing his famous smile — though in fairness he does both in every film he's part of — well-choreographed fights, and a bunch of spy gobbledygook that propels the plot twists which string together much of the action. All that laid over the instantly-recognisable Mission: Impossible theme, first composed by Lalo Schifrin and that has since seen renditions delivered by the likes of Hans Zimmer and Michael Giacchino, among others.

But the latest instalment — titled Mission: Impossible – Fallout, out July 27 in India — opts for something unexpected: a more sombre tone. It's made evident by the opening scenes of the film, which begins with a nightmare for our protagonist IMF operative Ethan Hunt (Cruise), and then jumps into a failed op that hands three plutonium bomb cores to a faceless enemy, which in turn drives the entirety of the film’s plot as Hunt and his team — Benji Dunn (Simon Pegg) and Ving Rhames (Luther Stickell) — struggle to retrieve them before they are weaponised. The biggest change though isn’t visual but auditory, as the M:I theme is subdued and barely registers.

It's a curious move on part of writer-director Christopher McQuarrie — the first guy to return at the helm in the franchise's history — given the uptick in critical reception and improved commercial success Mission: Impossible has enjoyed since Pixar virtuoso Brad Bird (Incredibles 2) put his touch on the series with 2011’s Ghost Protocol. Here, Cruise's Hunt isn't smiling his way out of missions anymore, with Fallout also toning down Benji’s comedy-of-errors in addition to the volume of background music, to really let you feel the impact of the action that’s unfolding in front of your eyes.

Thanks to the returning McQuarrie, Fallout is also the first direct sequel in the Mission: Impossible franchise — usually seen as a series of standalone adventures — picking up the story being told in 2015’s Rogue Nation and bringing back most of the characters involved in it. That’s not to say you need to watch the previous chapter, with Fallout delivering the necessary exposition dump — while former MI6 agent turned terrorist Solomon Lane (Sean Harris) sits in custody, his cohorts have banded into a new group — as part of a self-destructing tape message. Hunt’s failure to secure the aforementioned plutonium invites scrutiny and leads to his team being assigned a supervisor in CIA agent August Walker (Henry Cavill), who tags along everywhere.

Their mission turns into a globe-trotting experience, involving Paris, London, and Kashmir^, with New Zealand and Norway standing in for the last of those owing to challenges of filming permissions. Familiar faces and new ones crop up along the way: Ilsa Faust (Rebecca Ferguson), the former MI6 agent who helped Hunt previously shows up out of the blue with her own mission, while The Crown’s Vanessa Kirby is introduced as a black-market arms broker known only by her nickname, White Widow. Meanwhile, Fallout probes and examines Hunt as a character, with the film’s title seeming to reckon with the legacy of his actions — “the fallout of all your good intentions,” as Lane says at one point — and referencing the ultimate by-product of those plutonium bomb cores.

(^ Kashmir is chosen for its political significance, but it’s only a superficial connect, as not a single individual of local ethnicity appears on-screen, while all the spoken references to the region have been removed by the CBFC, India’s film certification body that also acts as a censor.) 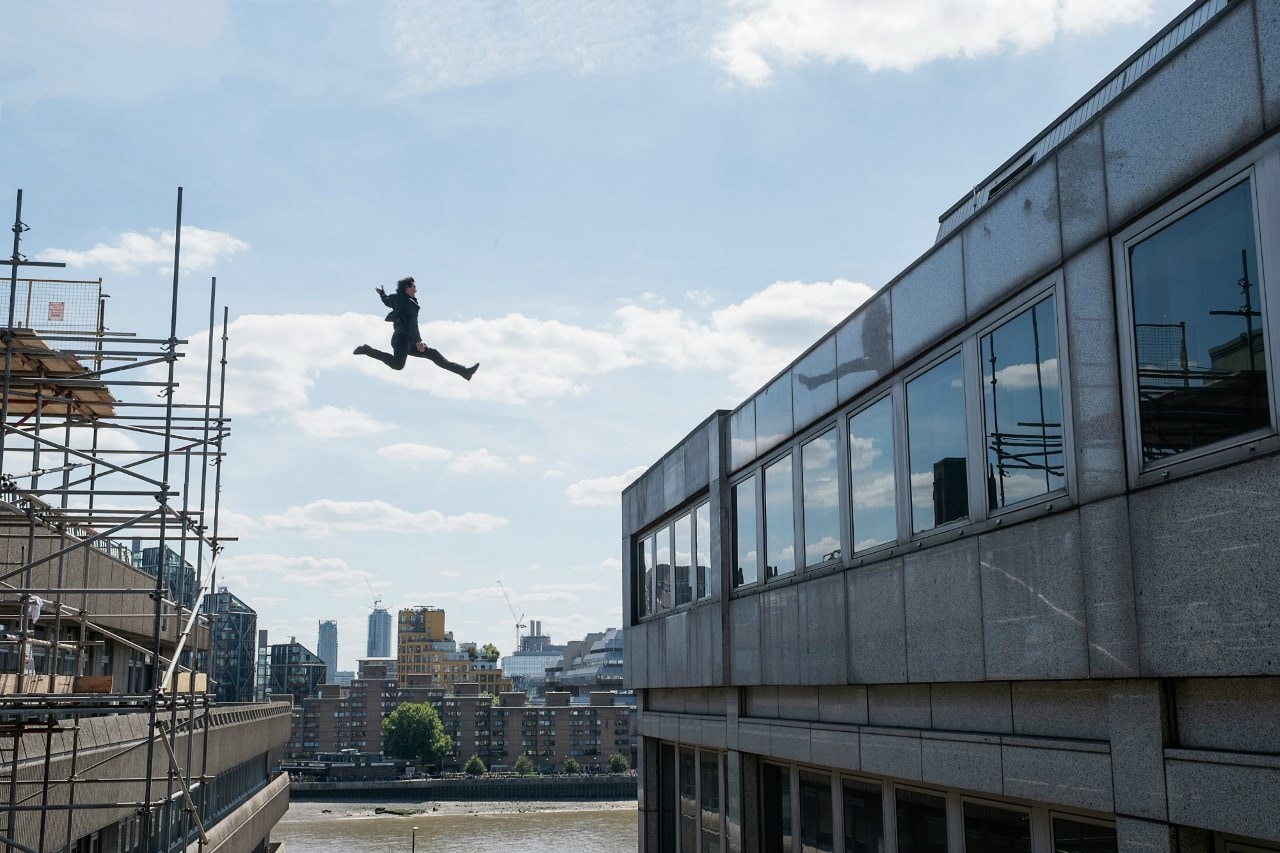 Though its new solemn approach and the heavy cloud — three potential nuclear bombs in the wind — that hangs over the film offer a good backdrop to explore those ideas, Fallout doesn’t probe too deep into Hunt’s necessity and problems or the surrounding geopolitics. This is a Mission: Impossible entry after all and it has where it counts, offering thrilling action set-pieces throughout. With nearly all running into double-digit minutes, the attention to level of detail and the commitment to top what came before is astounding. And thanks to an always-willing partner in Cruise, who insists on doing his own stunts no matter how crazy even at the age of 56 — he broke his ankle during filming and was back in seven weeks — the camera can move in close and stay there without cutting away.

Working with Ex Machina and Annihilation cinematographer Rob Hardy, McQuarrie uses that advantage to maximum effect in the new Mission: Impossible, crafting sequences that are both exhilarating and coherent, with the action in full-view and not accentuated by unnecessary use of shaky-cam and computer-generated imagery (CGI). The film also stays away from Hollywood’s overuse of quick editing cuts during combat, in lieu of longer shots that let you see the full stunt. And since the background music is kept to a minimum, the audience can feel the weight of each blow, making it more tense, brutal, and captivating.

Moreover, much of the action in Fallout is shot during the day outdoors or in well-lit interiors, unlike most action films — including some previous Mission: Impossible films — which prefer night-time, where you can get away with a lot. That provides a clear look at what’s happening and understand some well-devised and truly impressive shots, including one of water turning into a formidable wall as a police truck sinks into the river, which drew applause at the Indian premiere for its execution. But it’s the sheer variety of sequences on display that makes Fallout so enthralling, including edge-of-the-seat motorcycle and car chases, running on and jumping across rooftops, and an extended dogfight between two non-military helicopters. 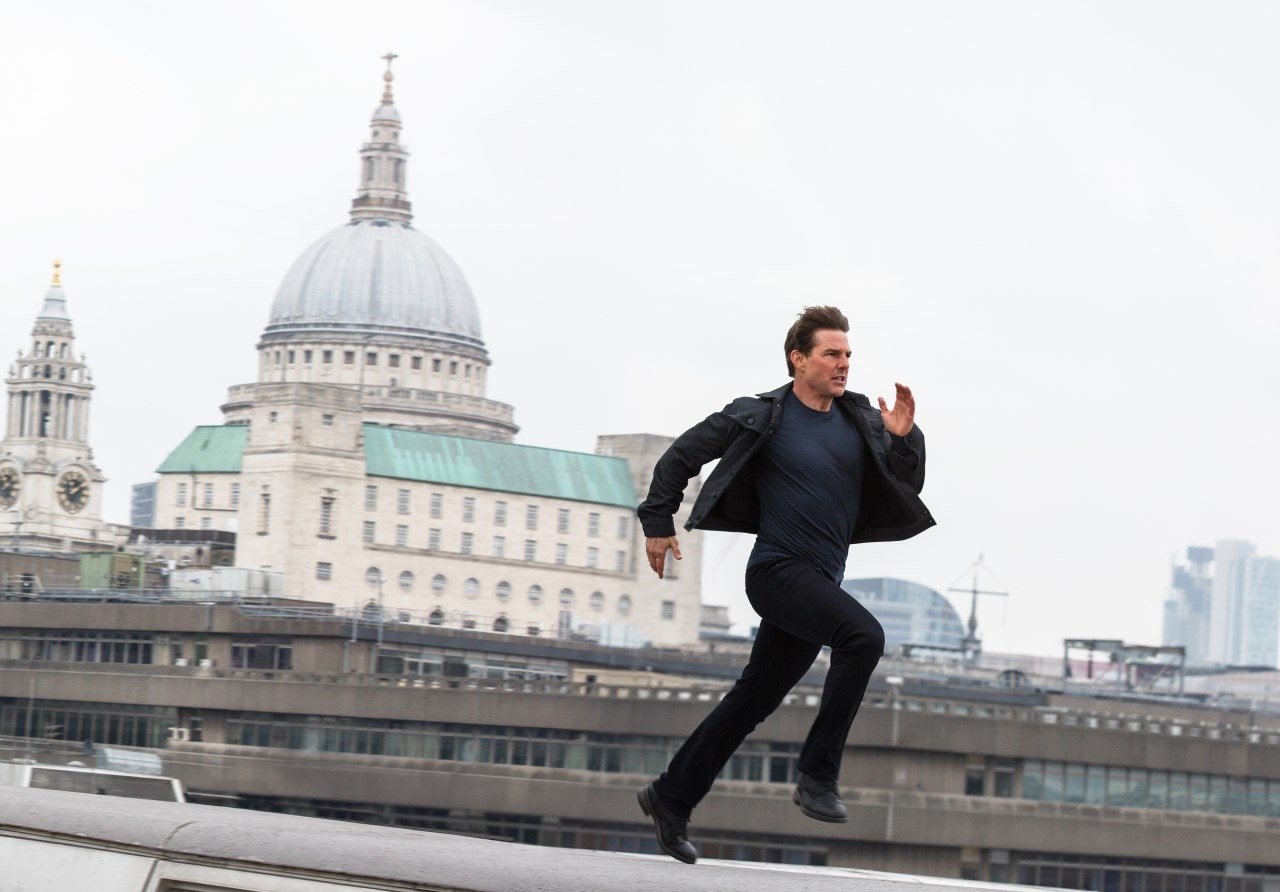 It’s Cruise’s dedication to do them himself that turns the excitement-meter up by a few notches, which does mean an unbelievable amount of work for the actor. McQuarrie revealed that Cruise spent 16 hours a day for six weeks to get a license for the helicopters, because they didn’t have enough time and he wanted to fly it. And for the first action scene, a crazy long take where Hunt performs a HALO jump and then saves someone during the dive, Cruise and the cameraman jumped out of the plane 106 times — take a moment to let that sink in — because the director and the actor wanted to shoot at dusk, which gave them just three minutes of light each day. It’s a stunning sequence that must be seen to be fully appreciated.

All together, they contribute towards an entertaining flick — the best action film of this year so far — one that carries a lot of twists and turns in its convoluted narrative without amounting to much. In the end, Mission: Impossible – Fallout reaffirms the need for an individual like Hunt, who’s willing to risk his life, doesn’t listen when someone tells him to stop, and is unable to compromise. In all those ways, the character is an embodiment of Cruise as an actor. It’s impossible to tell how many more instalments we’ll get in the series — this is just the sixth entry released in the last 22 years — but if it can keep delivering brilliant action set-pieces as it evolves in such capable hands, there’s no reason why it can’t keep running, just like Cruise.

Mission: Impossible – Fallout is out in India on July 27.