“Hum banayenge Mirzapur ko Amrika [I will turn Mirzapur into America],” Guddu Pandit (Ali Fazal), a bodybuilder and a newly-minted henchman for the local gang lord, says midway through the first season of Mirzapur, the newest original series from India, out Friday on Amazon Prime Video. Those few choice words don't encapsulate what it's about, but they do capture several aspects of the show, including its darkly comedic leanings, a freewheeling use of violence and gore, and the heavily-muddied moral standards of even its central characters. Guddu is one of the male leads in Mirzapur, the kind audiences are generally supposed to be rooting for, and he's as pro-guns as they come.

Set aside a single crusader who achieves naught, there are no traditional good guys in Mirzapur thanks to a decades-strong mutually-benefiting nexus between crime bosses, politicians, and the police. Those who do not exercise power either benefit directly or indirectly from it, accept it as the way of the land and lead subservient lives, or wish to sit on the throne themselves. And it's why every character in Mirzapur is various shades of grey, because that's what is necessary to survive amid the lawlessness and the routine displays of supremacy. That, in turn, contributes in adding various shades of red to the show's visual palette.

Making full use of the freedom provided by the streaming space, the creative team — co-creator and director Karan Anshuman (Inside Edge), co-creator and writer Puneet Krishna, writer Vineet Krishna, and directors Gurmmeet Singh and Mihir Desai — ratchet up the violence knob to 11 on the show at times, spanning severed ears and entrails spilling out to a neck being sliced open with a straight razor in the slowest fashion possible. Mirzapur is not a show for you if you're squeamish, and everyone else might want to avoid eating and watching at the same time. These moments overshadow the implicit violence that is a constant undercurrent, with characters bullying those they perceive under them to get their way.

And it's those two facets — the character tones and the prevalence of brutality — that makes for such rich black comedy on the new Amazon series, by usually drawing on people's discomfort and fear in the face of power. It could be something as small as speaking out of turn or possibly losing your limbs in a bid to save face and hold onto your job. Mirzapur is also smart enough to tackle the misogyny and hypocrisy of its powerful men, whose public demeanour stands in stark contrast to their behaviour behind closed doors. It's a delight to watch the women of the show check the men's impulsive advances and establish their own needs, wants, and hopefully agency over the course of the season.

From a plot perspective though, it's the men who dominate the landscape of Mirzapur, a small city in the impoverished south-east of India's most populous state, Uttar Pradesh. The town is ruled by Akhandanand Tripathi (Pankaj Tripathi), better known as Kaleen Bhaiya for the carpet business he owns (Kaleen is Hindi for carpet, Bhaiya means brother). His actual money-making business though is an illegal arms and drug operation that runs with the blessing of elected officials and cops, who receive generous kickbacks for their part. Akhandanand is dealing with problems, though. His heir and son Munna (Divyendu Sharma) is immature and unreliable, and the low-cost guns have run into safety issues.

Munna compounds those problems at the start of the show, by inadvertently killing the groom at a traditional wedding procession, while likely being high on a concoction of drugs including heroin. For the youngster, it's just another in a long list of antics that he believes will be swept under the carpet as with everything else. And when he learns from one of the bought-off cops that an upstanding lawyer named Ramakant Pandit (Rajesh Tailang) — who is incidentally Guddu's father — has taken up the case, Munna decides to pay the family a visit with a shotgun and his entourage to do what they do best: regularly terrorise the city folks by throwing their weight around. 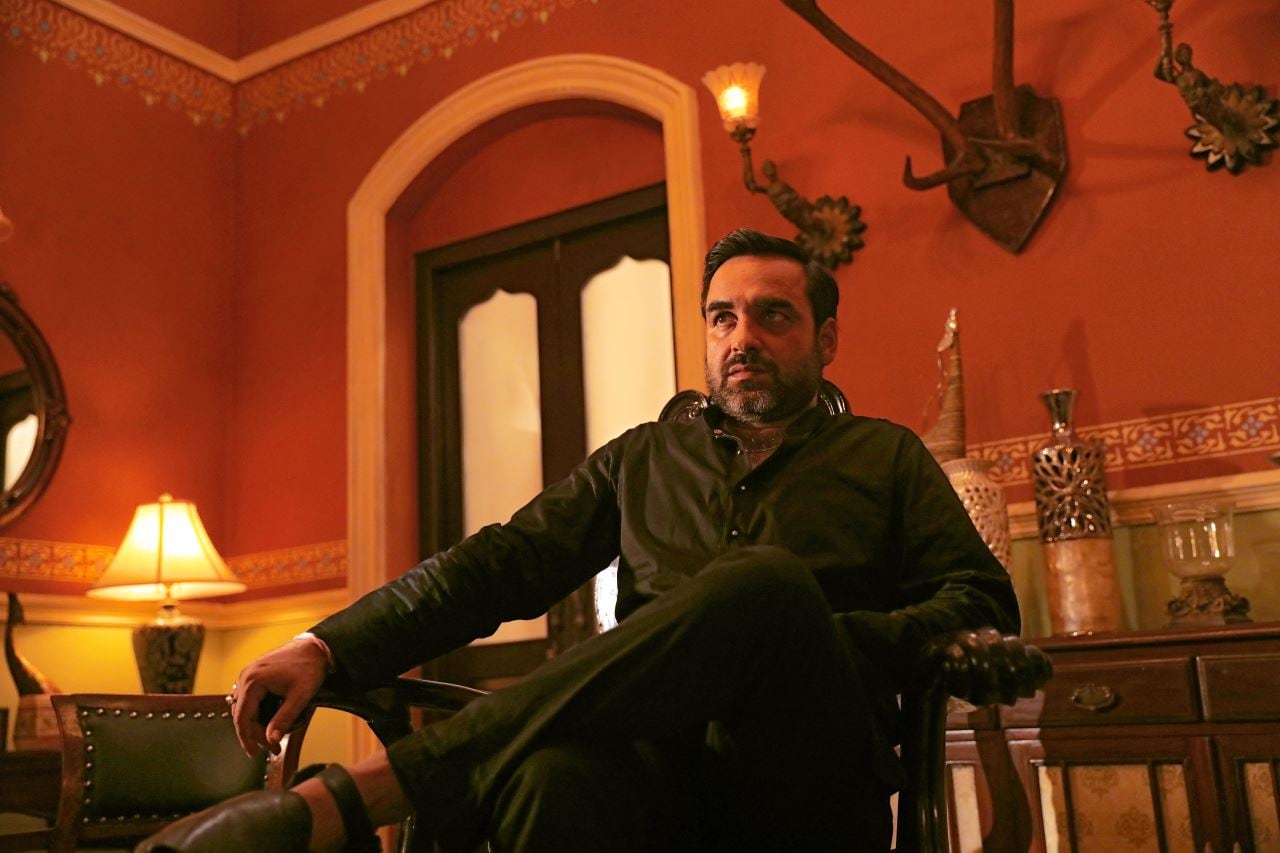 For Akhandanand, all of it is simply confirmation of a pattern of inexcusable behaviour that deems his son unfit for the top job. And after the Pandits resist the pressure tactics of Munna and his boy-gang, the don of Mirzapur is clever enough to spot an opportunity and put their talents — Guddu is bold and unfazed, while his younger sibling Bablu (Vikrant Massey) is sharp and good with numbers — to good use, instead of sending them to sleep with the fishes. That comes as a personal offence for Munna, who is unaccepting of the long-term advantage, despite repeated reminders, and the fact that the people his father hires will eventually work under him and be loyal to him.

The fractious relationship between Munna and Guddu is made more complicated by the presence of Sweety Gupta (Shriya Pilgaonkar), the ferocious, elder daughter of a police officer who essentially works for Akhandanand. Like with everything else in Mirzapur, Munna feels Sweety is his birth-right but she has no qualms rejecting all advances in the most confrontational manner possible, and instead opts for the more gullible and pleasing Guddu. Sweety has a younger, more reserved sister named Golu (Shweta Tripathi), who slowly steps into the limelight as she considers contesting the college election against Munna, with the help of Bablu, which sets up the other likely pairing.

That leaves the two main wives in Mirzapur: Vasudha Pandit (Sheeba Chaddha), who is a lot more embracing of her sons' newfound status and money than their father, and even uses it to increase her social standing and gain respect from those that previously belittled her. Akhandanand's second wife Beena (Rasika Dugal), who is much younger than he is, is more concerned with her private affairs. After she realises that her new husband — the self-styled ‘King of Mirzapur' — isn't willing to fulfil her sexual needs, she falls back on alternatives that give her what she wants. The show cheekily makes its point by placing it in parallel to footage of lions — known for their high copulation rates — mating.

It's not randomly thrown in though, mind you, but part of the interests of the family's senior-most member Satyanand Tripathi (Kulbhushan Kharbanda), now known as Bauji to most. Having built the empire in his time, he now watches nature documentaries all day from his wheelchair — he is paralysed from the waist down owing to an incident from his past — which provide commentary on Mirzapur's events from time to time. His younger days are given a flashback exploration early into the season, but it's inelegantly constructed and feels unmemorable. 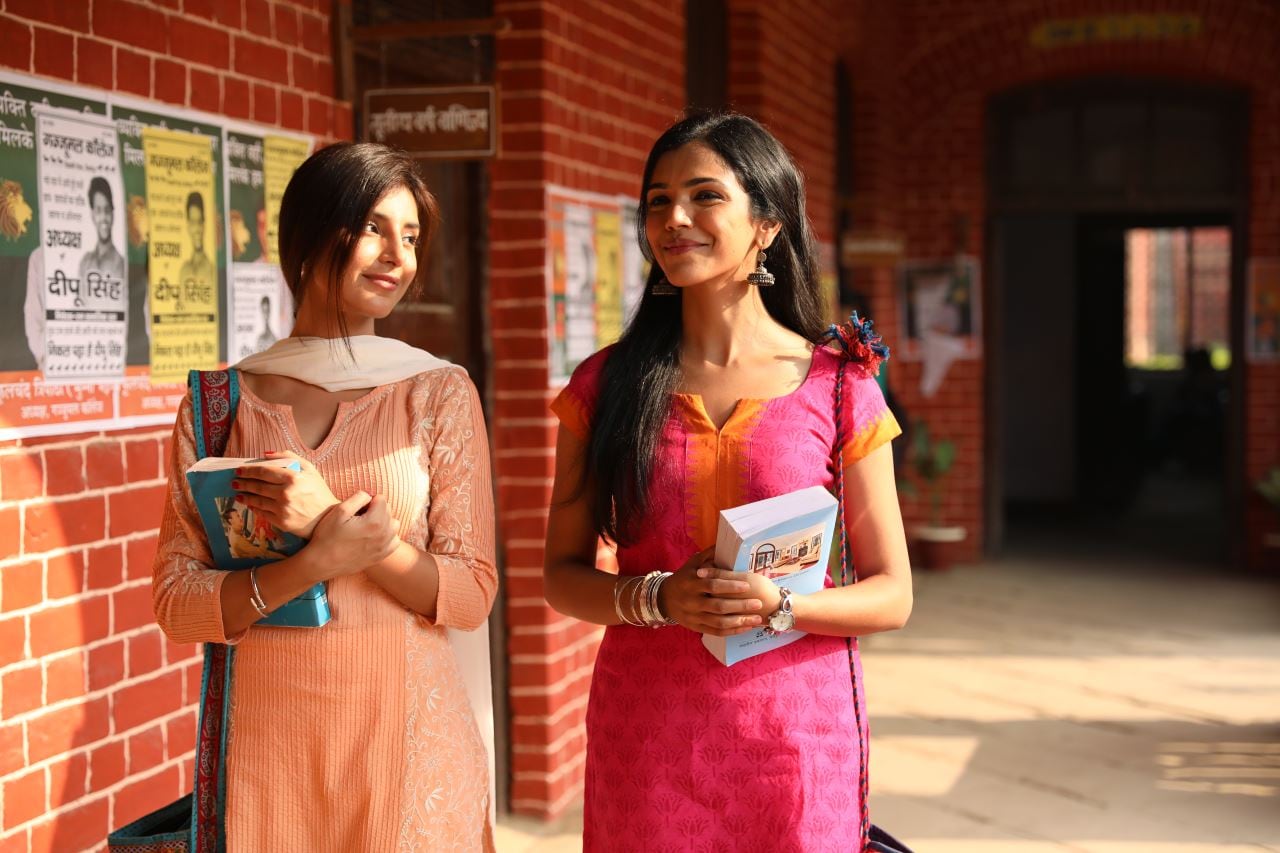 The show also falters in how it prioritises the plot over character behaviour, motivations, decisions, and development. Some behave out of character, such as a street-smart individual showing naïvety when the narrative demands it, or experience growth that seems a tad too extreme, while the growth of others introduced alongside the leads is paused to suit the structure of the storyline. It's only when you start to think about the supporting members of Mirzapur do you realise that some characters have been doing nothing in the background while others have progressed tremendously.

The aforementioned lack of heroes in Mirzapur, which stretches to cover the high-ranking police officer who's sent to clean up the city — he's not averse to highly controversial and illegal methods such as executions — reflects real life. The Uttar Pradesh CM said in November 2017 that criminals would either be “jailed or killed in encounters”. It does take creative license elsewhere, with the show's crime rate significantly higher than what it actually is. Uttar Pradesh is actually one of the safest states in India, going by the most recent official numbers available.

Helped by the acting chops of its veritable ensemble, who bring the characters to life in a believable manner, and further aided by the show's black humour that diffuses the omnipresent tension caused by the violence on screen, the willingness to tackle the area's socio-political issues, and the acknowledgement of caste and class differences, Mirzapur — made by many of those involved with Amazon's International Emmy-nominated cricket-themed drama Inside Edge — crafts a world that feels lived in. It tends to stumble and appears half-baked in certain corners, but at its best, Mirzapur is an engrossing human drama about ambition, fulfillment, and pride wrapped into a tale of unrelenting blood and gore.

Mirzapur is out Friday, November 16 on Amazon Prime Video worldwide.