Luke Cage Season 2: What Worked and What Didn't

Luke Cage is back for a second season on Netflix, adding another chapter in the life of Harlem's bulletproof hero after his short-lived stint with The Defenders – that's Daredevil, Jessica Jones, Iron Fist, and him – last year. Though he's a free man, Luke Cage (Mike Colter) is still dealing with a lot of pent-up emotions, which is made worse by unexpected arrivals and departures. And he's got a neighbourhood to protect, against villains both old and new.

Unfortunately, the show suffers from a sophomore slump with good moments few and far between, as we said in our spoiler-free review. With all 13 episodes of Luke Cage season 2 available Friday, it's time to comb through the different storylines, and see what worked and what didn't. This goes without saying, but everything beyond this paragraph is full of spoilers.

Spoilers ahead for Luke Cage season 2. Please turn away if you haven't seen all of it.

Bad: Too much time, not enough plot
Netflix-Marvel shows are regular offenders of stretching storylines longer than necessary, and the second season of Luke Cage is especially guilty of this. There's no need for this story to be 13 episodes long, and Marvel's insistence on doing just that causes the show to spin its wheels, with the same conversations repeated and character choices restated over and over.

It's simply boring to watch, and it's also perplexing given Luke Cage did a much better job with character interactions in the first half of its debut season. But here, it's like running through an uninspired cycle, be it the beef between Bushmaster (Mustafa Shakir) and Mariah Dillard (Alfre Woodard), Luke's issues with his father, and Misty Knight (Simone Missick) reconsidering her profession. If Marvel shows have to have 13 episodes, the writers should consider creating standalone episodes with individual cases while the bigger arc simmers in the background before coming to the fore. Or they need to lobby the producers and convince them to make fewer episodes, possibly eight or less.

By doing so, Luke Cage season 2 would be able to strip away all the bloat and hit its big story beats with more emphasis. For one, Mariah should have hit her lowest point – her house burnt down – much earlier in the season, and Bushmaster's backstory, which gets a proper look late into the season, should have been told in the first few episodes, which would let audiences feel for the character in every subsequent scene.

Good: A moving LGBT subplot
One of the more touching, nuanced and well-written subplots in Luke Cage season 2 involves Hernan "Shades" Alvarez (Theo Rossi) and a fellow enforcer Comanche (Thomas Q. Jones), who served time together at Seagate prison, where Luke was imprisoned alongside. It's revealed that Shades and Comanche had an intimate relationship behind bars, but it stopped after they got out.

That transforms their promise of always being by each other's sides into something much more. While Comanche is willing to explore it again, Shades sees life inside and outside prison as two separate things. Though Shades never explicitly says why, it's possibly because street gangs are known to view homosexuality as a sign of a weakness, and often use homophobic slurs as insults and mockery.

Kudos to the writers for the gut-wrenching tragic turn to their relationship, as Shades discovers Comanche is the police informant and kills him, despite the latter claiming he could engineer a deal for the two of them. And it's all brought together in a powerful fashion towards the end, with Shades willingly becoming an informant himself after witnessing Mariah's wrath. 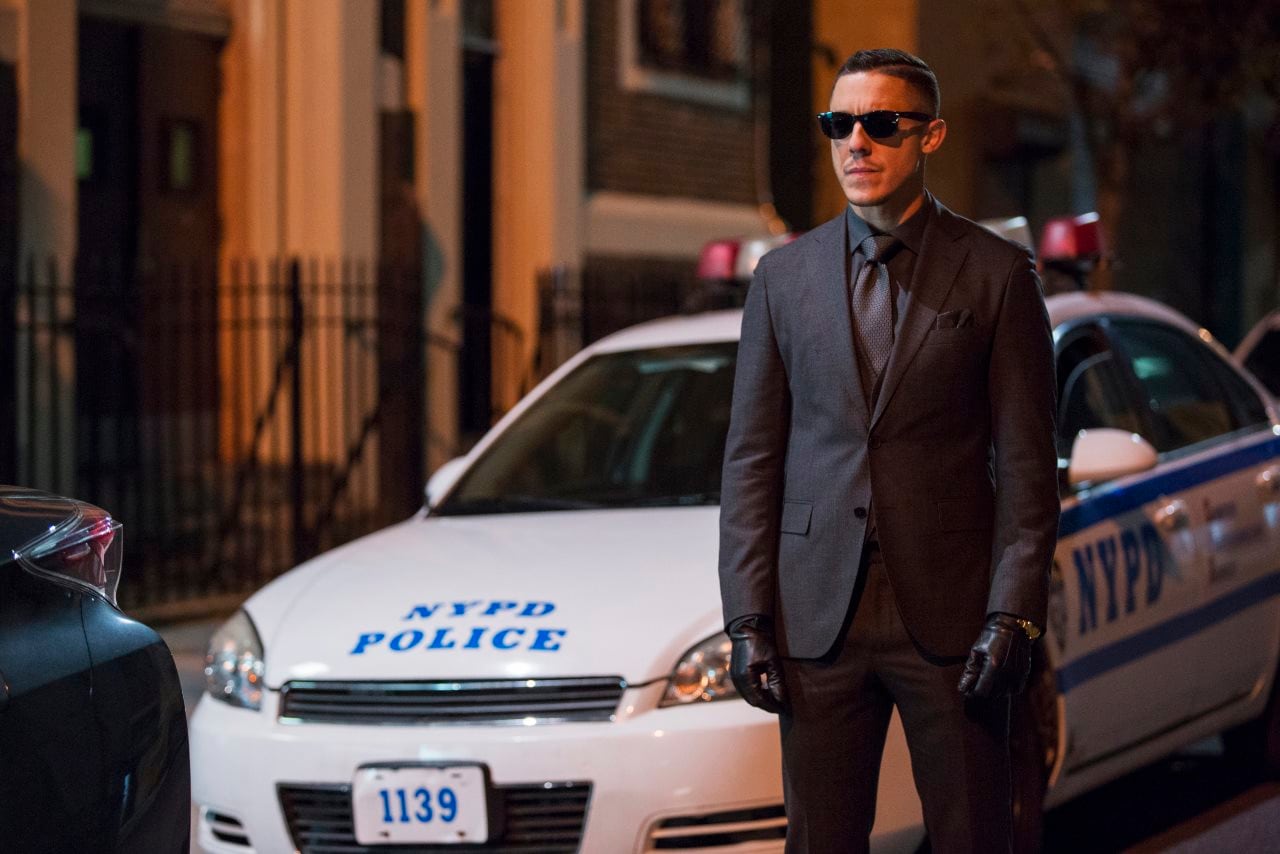 Good: A deep focus on family
Heard on Luke Cage since its premiere, "family first" were words to live by for the Stokes, handed down from Mariah's grandmother Mama Mabel. The show's second season took that to heart with its writing, with many of its plots defined by family disputes and their far-reaching effects through time.

Though Mariah often used the term to justify her decisions, she embraced her husband's last name to wash away the bloody legacy of Mama Mabel and further tried to get away from it in season 2, by selling off the gun business and going "legit". It's why Bushmaster kept insisting to call her Mariah Stokes, because he sees her as the emblem for all the disaster heaped upon his family.

Tilda Johnson (Gabrielle Dennis), who mainly serves as a weak audience surrogate, is a further piece of the puzzle. Her horror at learning she's a product of incest rape and seeing what her mother Mariah did to the Jamaican family restaurant Gwen's pushes her to poison her, à la Ellaria and Cersei on Game of Thrones.

Bad: Shifting characterisation
While Luke Cage does a good job in exploring the family conflicts, the show is much less convincing in how it achieves some of that. Mariah's decisions as the head of the Harlem gang paint the character as both intelligent and short-sighted: while she makes great calls in some places, she then turns around and makes some awful ones at other times. It's a clear sign of the writers pulling the strings from behind the curtain, pushing her in the direction the show's narrative needs her, instead of creating a character that lives and breathes. 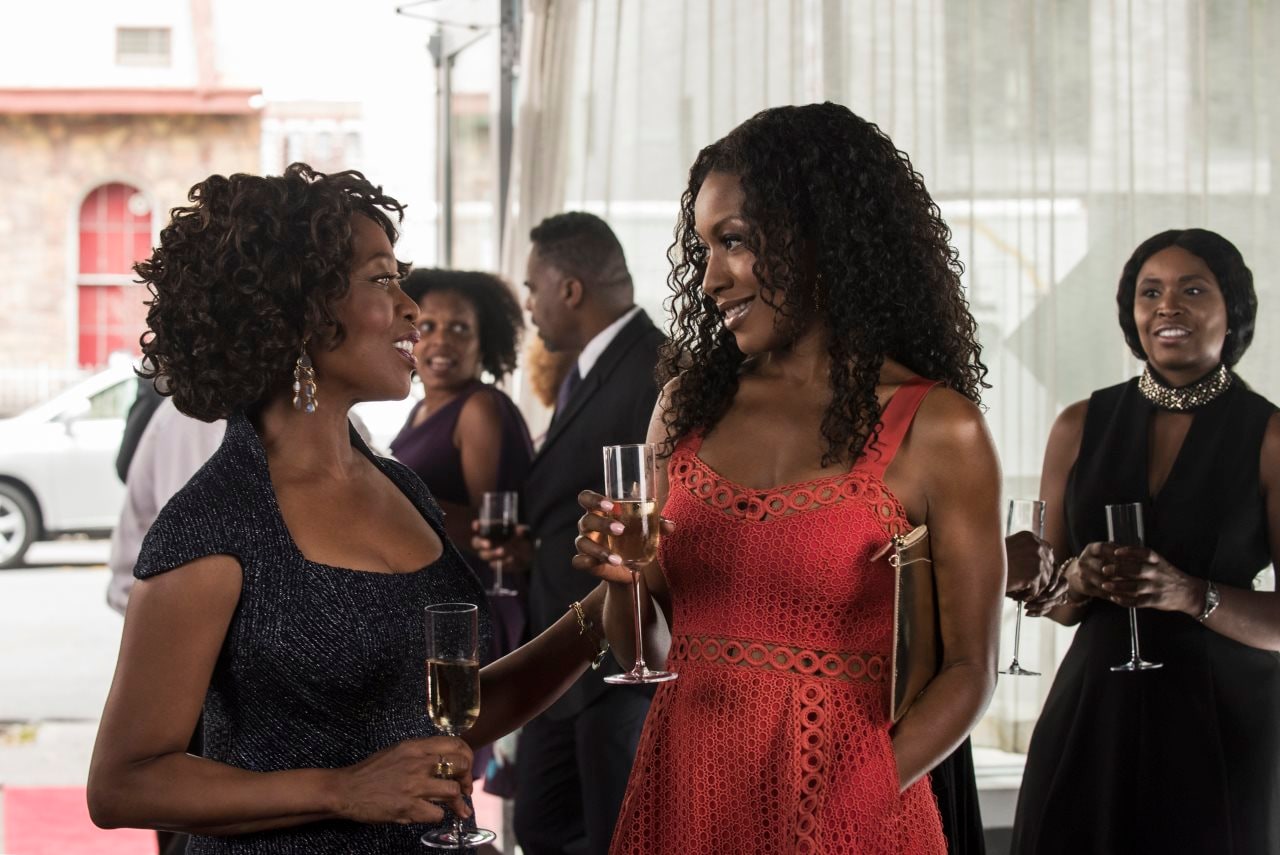 Good idea, poor execution: Harlem's Godfather
Though it takes too many diversions and too much time to get there, the second season's character arc for its titular bulletproof hero is a solid, intriguing idea. Holed up in a Queens facility owned by his billionaire friend Danny Rand, Mariah tells Luke that Harlem doesn't need a hero – it needs a queen. Luke isn't convinced at first but when the level of street violence shoots up after she ends up in prison, he realises she's right.

It pushes him to step up to the other crime bosses of New York, in what becomes a literal bone-crunching scene against Rosalie Carbone (Annabella Sciorra). That turns Luke from a guy who reacts to someone who takes charge of a situation. It also pushes him away from his usual image as the guy with the highest morals in the room, which tends to make him the most boring individual.

All of this leads to the pivotal moment in the finale, where Luke discovers that Mariah left the keys of Harlem's Paradise in his name. In choosing to keep it and use his influence to bring the crime bosses to the table, Luke accepts that Harlem needs a king. It's gotten Misty worried for obvious reasons, but it does give us a great homage to The Godfather.

Further reading: Luke Cage, Marvel, Netflix, MCU
Akhil Arora Email Akhil Akhil Arora covers entertainment for Gadgets 360, interviewing stars such as Christian Bale and Anurag Kashyap, covering series premieres, product and service launches across the globe, and looking at American blockbusters and Indian dramas from a global socio-political and feminist perspective. As a Rotten Tomatoes-certified film critic, Akhil has reviewed over 150 movies and TV shows in over half a decade at Gadgets 360. When he is not completely caught up with new film and TV releases, Akhil ...More
Google Engineers Said to Refuse to Build Security Tool to Win Military Contracts
Ericsson Needs Industries to Embrace 5G to Underpin Its Recovery

product With all 13 episodes of Luke Cage season 2 available on Netflix, we dive into spoilers to see why Marvel's first black hero suffers from a sophomore slump.

Luke Cage Season 2: What Worked and What Didn't
Comment