Early on in Luke Cage season 2 – out June 22 on Netflix – lawyer Foggy Nelson (Elden Henson), who helped exonerate Luke (Mike Colter) in The Defenders, asks him if he’s ever considered wearing a mask to conceal his identity, referencing his best friend Matt Murdock aka Daredevil (Charlie Cox). To which, Luke retorts: “I’m 6’3”, black, and bulletproof.” His heroics have turned him into a local celebrity, and in classic modern-day fashion, someone’s built an app called Harlem’s Hero, where anyone can click a picture of Luke and tag the location he was last seen at.

That increased visibility makes him an easy target, for those willing to take on a bulletproof man. And though one of Luke’s friends has converted Pop’s the barbershop into a mini-merch store and tries to capture videos of his heroics to profit off them, Luke’s life isn’t any better. He’s struggling to hold onto the shop, what with the landlord having doubled the rent given the place’s rise in popularity, which attracts tourists on a regular basis, strolling in with their phones and live streaming their experience to the world, hoping to catch a glimpse of the big man.

Luke is hesitant to cash in on his “brand”, as Luke’s merch-dealing friend terms it, but he reluctantly agrees considering his dire financial straits. That means doing a track and field day at a local school, while one of Pop’s long-time buddies Bobby Fish (Ron Cephas Jones) tries to set up sponsorship deals. But those attempts are derailed by the arrival of a new challenger in John McIver aka Bushmaster (Mustafa Shakir), who is nearly as powerful and bulletproof as our guy, and has a dark and painful past that is deeply intertwined with Mariah’s (Alfre Woodard) family.

After an aggressive move to make himself the face of the Jamaican street gangs in Brooklyn, Bushmaster proclaims a full-scale assault on Mariah’s territorial control of Harlem. His cause is helped by Mariah wanting to sell off her gun business and go legit – Shades (Theo Rossi) supports her but isn’t fully on board – which involves a bit of insider trading and shell companies in the Caymans. The new Jamaican villains not only bring a new dialect of English with a sprinkling of Patois – you'll definitely need to have subtitles on for season 2 – but more importantly, new music too.

In interviews, creator and showrunner Cheo Hodari Coker has said he wanted to explore the roots of hip-hop with blues and reggae in season 2. The latter originated in Jamaica in the late 1960s, and given how integral music is to Luke Cage, it almost seems like the plot is following the soundtrack. Returning composers Adrian Younge and A Tribe Called Quest’s Ali Shaheed Muhammad do a good job of letting that filter in, and Coker continues his penchant for live performances inside episodes, featuring the likes of Faith Evans, Gary Clark Jr., Esperanza Spalding, Ghostface Killah, and Stephen Marley among others.

Elsewhere, detective Misty Knight (Simone Missick) is in a very different place since the first season, having lost her gun-wielding right arm while fighting the Hand in The Defenders. With recovery help from crossover-expert Claire Temple (Rosario Dawson) and guest star Colleen Wing (Jessica Henwick) from Iron Fist, Misty gets back to work where she finds herself side lined owing to the actions of her former corrupt partner, and discovers that the only reason she hasn’t lost her job is owing to the Purple Shield for her heroics. 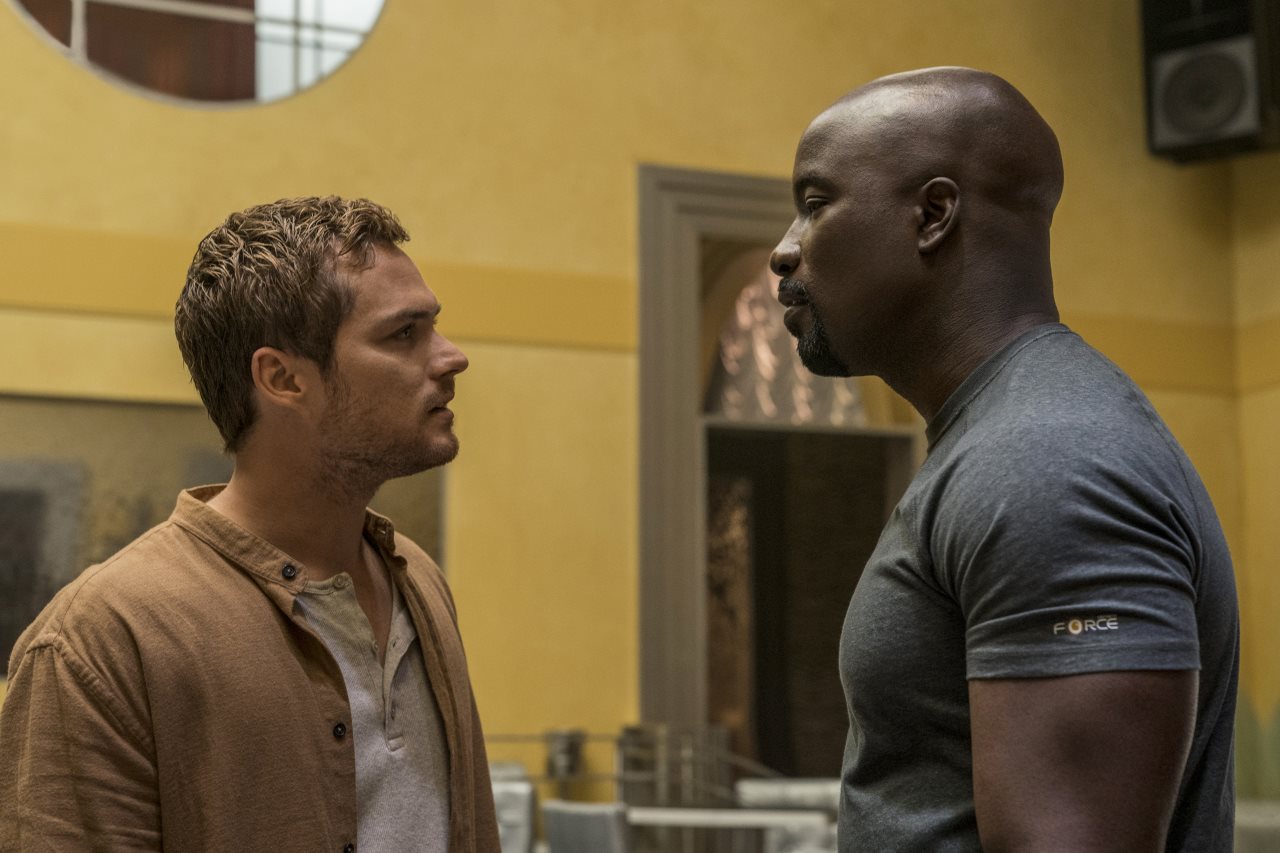 The Iron Fist himself aka Danny Rand (Finn Jones) guest stars in one episode late into the new season as well, giving all comic book fans a glimpse at Heroes for Hire. (It’s the singular form of that team that gets more screen time though, with people in danger throwing the line “I wanna hire you” at Luke as he protects them out of his own goodwill.) The two play off each other in a great way, be it their conversation banter or fight scenes – Luke isn’t convinced the dragon Danny fought was real, and a move they execute together called “Patty Cake” is straight-up awesome – and it contributes into making the best episode of Luke Cage season 2.

Sadly, the good moments are few and far between. Barring a standout scene between Luke and Claire that offers a raw, honest, and well-written depiction of two people who love each other but have clashing ideologies that are tearing them apart, most of the dialogue is either on the nose, too dramatic, or an easy giveaway of poorly-executed exposition. Add to that erratic pacing and Marvel’s fascination for making 13 episodes on Netflix, where each episode is close to an hour, and you end up with a season that’s full of overlong episodes and frequently loses any momentum it builds.

There were only two episodes that made this critic want to jump right into the next one, and that says a lot about a show that’s designed to be binge-watched. And unlike the episode with Danny, there simply aren’t enough funny moments elsewhere – Luke’s father James Lucas’ (Reg E. Cathey, in what is a posthumous appearance) love for the running Titanic door/driftwood joke is a notable exception – with the show missing most of the easy opportunities that could generate laughs by deflating the drama. 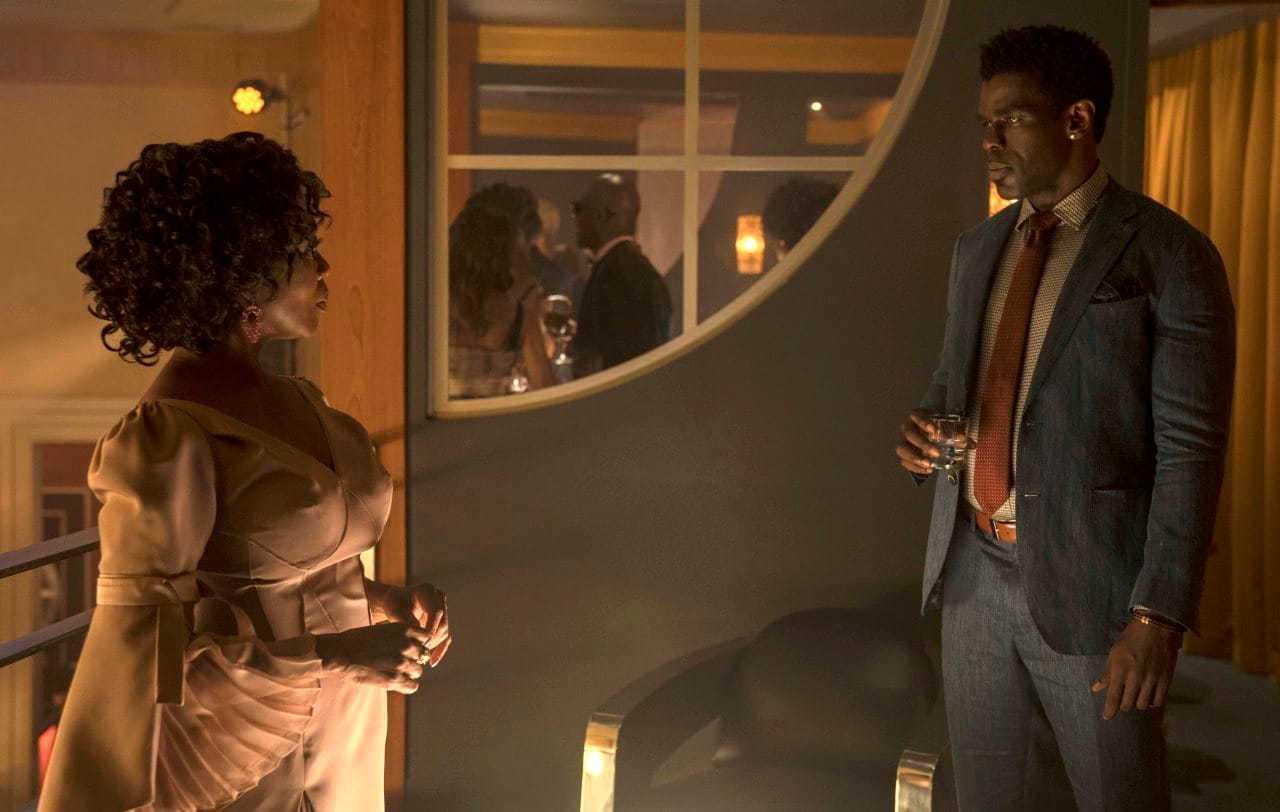 Speaking of drama, Luke Cage season 2 does have some dark places to send its main characters to, including its villains, Mariah and Bushmaster, who push each other to personal hell and humanise themselves in the process. Luke’s vigilante ways are a big influence on the previously by-the-books Misty, who momentarily reinforces her wayward opinions with the help of her former partner’s memories. And our protagonist is still dealing with internalising his anger, while his black-and-white viewpoint of the world is tested repeatedly.

But while most other superheroes have to deal with the self-doubts and failures on their own, Luke’s faults are given a dressing down by everyone on the streets in front of him. Being a local celebrity vigilante is a double-edged sword: people worship you, but they also hold you to a higher standard. The latter plays into the series’ exploration of the black experience in the US, and having a bulletproof hero as your lead magnifies the issues. That’s a close metaphor for season 2, in that a prominent adaptation of a beloved comic property invites more scrutiny, and it’s a shame it doesn’t deliver.

product Out June 22 on Netflix, the second season of Marvel's Luke Cage is marred by erratic pacing and a slow-moving plot, causing its themes and subplots to not land with the weight they should.