Netflix's Lost in Space Is Like 'Lost', but in Space

The robot, and Maxwell Jenkins as Will in Netflix's Lost in Space

Back in the 1960s, the original Star Trek series from Gene Roddenberry overlapped for two years with the original Lost in Space from Irwin Allen. Though both shows were set in space, they were opposites tonally: Trek was the more cerebral one of the two, because Allen's show left its adventure roots early on for the campy style that had worked wonders for the Adam West-starrer Batman series. Lost in Space saw more success then, but that's not how it panned out in the long run, as everyone knows. Five decades later, on the heels of Trek getting its sixth series, Lost in Space is back to overlap once again, although this time it's got the same tone as its counterpart, Star Trek: Discovery.

Just like the original, the new Lost in Space – the first season of 10 episodes premières Friday, April 13 on Netflix worldwide – follows the Robinson family of five: the aerospace engineer and mother Maureen (Molly Parker), the Army vet and father John (Toby Stephens), the doctor-in-training and eldest child Judy (Taylor Russell), the middle-child Penny (Mina Sundwall), and the youngest Will (Maxwell Jenkins). The show's setup is a bit like Interstellar: with Earth becoming inhospitable thanks to a meteor strike and human activity, mankind has begun settling on an Earth-like planet in Alpha Centauri, the nearest galaxy to the Milky Way, to ensure its survival.

The Robinsons have been selected for the mission, but when we first see them in the pilot episode, there's already been a problem: a space-time incident has pushed their spaceship off-course, and they are forced to crash land on an unknown (though luckily, habitable) planet. Of course, that's only the beginning of their problems, which includes saving their ship from a glacier, and finding a way to contact their mothership. It turns out they aren't the only survivors a few episodes in, and the show starts to resemble the popular 2000s drama Lost, but in space.

Nevertheless, Netflix's Lost in Space reboot has a good premise, and it's got the making of some interesting character dynamics at its core. Maureen and John are separated, and the only reason they're still together is for the kids. Leaving everything behind and embarking on a trip to another galaxy with your estranged spouse is great material for any series. Moreover, their eldest child, Judy, is mixed-race from Maureen's first marriage, which also drives competition with her-step sibling Penny. The youngest, Will, doesn't think he has what it takes to be on this mission, and is constantly doubting himself.

Further complications arise as the show progresses, first in the shape of an eight-foot tall humanoid robot with six limbs when needed – a more modern take on the original – who takes after Will, and becomes a constant companion, followed by human supporting characters Dr. Smith (Parker Posey), the original show's villain now gender-swapped but still manipulating everyone to do her bidding, and Don West (Ignacio Serricchio), a smuggler who prefers calling himself "importer-exporter".

Add to this great production values thanks to Netflix supplying the cash, with everything from the main ship, the surface vehicle, the suits, and the equipment looking believable – Lost in Space is set only 30 years into the future – and designed with the principle of form follows function. The robot is the only exception to that rule, which has so many edges that you'd probably cut yourself by just walking past him, though there's every possibility that's the intention.

Though Lost in Space is self-serious for the most part, it's also self-aware, and the writers and co-creators Matt Sazama and Burk Sharpless – their credits include Dracula Untold, The Last Witch Hunter, and Gods of Egypt – are not afraid to undercut its heavy moments. That task falls to Penny more often that not, who gets to deflate every serious moment with her quips and observations, and prevents the show from sliding into becoming too serious for its own good. But the good work is repeatedly knocked over by hasty writing elsewhere, from making smart characters do stupid things, or have useless characters to begin with.

Struggling to escape a storm after they crash land, Dr. Smith steals the only remaining flare from West, essentially leaving him for dead. You'd expect their next meeting to be confrontational and explosive, but it's a lot milder, and West casually accepts Smith's unbelievable explanation. In another episode, Maureen has trouble with a high-altitude balloon and almost ends up being dragged off a cliff, but she's successful in the next scene. It's like the writers know what they want to achieve, but they don't know how to get there convincingly.

And in extreme contrast, Lost in Space has episode-long plotlines where characters achieve next to nothing. One character is literally frozen in ice for one episode, and three characters walk from A to B and then back to A in another episode, but none of this is close to the sheer uselessness of Dr. Smith. She figuratively and literally stands around doing nothing, having no purpose except to derail things in her unintelligent and obvious ways, which got so annoying over four episodes that this critic wanted to put his fist through the screen every time she showed up. 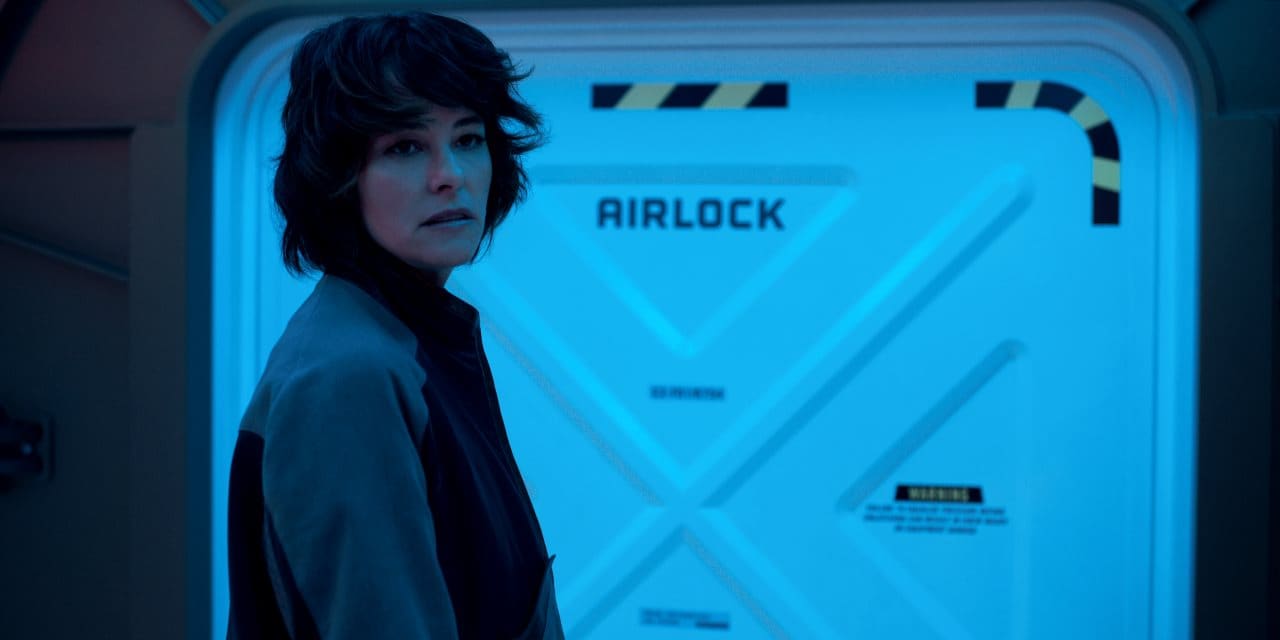 In doing all this, the issue isn't just that the show is spinning its wheels or building moments to a crescendo without earning them, but that it has no meaningful long-term impact on the storyline and characters. And this is before you start counting the things Lost in Space straight-up overlooks. Minutes after supposedly being "the first human to encounter artificial intelligence", Will turns the robot into his servant. It's unintentionally hilarious. And since the robot doesn't speak, except for the catch-phrase 'Danger, Will Robinson' which seems to exist purely as a call-back to the original show sometimes, it doesn't have any real role to play.

The bigger worry is how blind the show is to issues of class and privilege. In one episode, Maureen tells her children that only "the best and brightest" will be chosen as colonists, and if they pass a series of tests – which they have a higher chance of thanks to their upbringing, it leaves unsaid – they and future Robinsons will get to enjoy a world without war and climate change. Lost in Space seems to have no idea of the dual ironies of that promise: one, it's usually the richest who cause most harm to the environment and are least impacted, and two, the problems on Earth aren't inherent to the planet, they are a man-made problem; wherever humans go, they'll bring those problems with them.

Ultimately, the show wastes a good premise – explorers venturing into the unknown to start anew light-years away from everything they've known – by being lazy with its storylines and character work, using clichéd sci-fi narrative shortcuts of people doing dumb things (this is one reason why Annihilation was such a refreshing exception), and making up new science to generate high-stakes as and when necessary that diverts from its focus on realism. In all those ways, Lost in Space is still unlike Star Trek, and seems destined to play second-fiddle, unless it gets a writing revolution. Hopefully, it won't take another fifty years.

Further reading: Lost in Space, Netflix
Akhil Arora Email Akhil Akhil Arora covers entertainment for Gadgets 360, interviewing stars such as Christian Bale and Anurag Kashyap, covering series premieres, product and service launches across the globe, and looking at American blockbusters and Indian dramas from a global socio-political and feminist perspective. As a Rotten Tomatoes-certified film critic, Akhil has reviewed over 150 movies and TV shows in over half a decade at Gadgets 360. When he is not completely caught up with new film and TV releases, Akhil ...More
WhatsApp Says It Collects Very Little Data as Facebook Privacy Scandal Rages On
Xiaomi Doubles Down on Its 'Make in India' Plans

product Premiering April 13, the Lost in Space reboot keeps the premise of the Robinson family stuck on an unknown planet.