Its exploration of the central relationship, meanwhile, is too spelt out.

If the essence of Little Things — the Netflix comedy-drama series centred on a twenty-something couple living in Mumbai, created by writer and star Dhruv Sehgal — were to be drilled down to just one thing, it would revolve around how arguing can be healthy. Or as the show's central duo, Kavya Kulkarni (Mithila Palkar) and Dhruv Vats (Sehgal), says, comfort comes from broaching uncomfortable topics. The lengthy discussions between the two — the long take in the back of a car in season 2 is still a highlight — form the bedrock of Little Things. That also partly explains its talky nature, which functions as a double-edged sword of sorts. It helps what it's trying to get at, but results in Little Things explicitly spelling out its themes through dialogue at times.

The Netflix series is much better when it's relying on the old filmmaking adage of show-not-tell. Unfortunately, it never properly commits to that execution. On the whole though, season 3 — out Saturday, November 9 on Netflix — continues Little Things' improvement as a piece of television. In fact, the best episodes of the new season, “Senior Citizens” and “Vertical Housing”, are ones that don't only focus on Kavya and Dhruv but branch out to look at their respective parents. Sure, they are still presented through the lens of the central duo, unlike Ramy but in line with Master of None. But in doing so, Little Things season 3 is able to look at the Indian upper middle class, be it their culture, values, and approach to life, in ways it couldn't before.

In turn, that allows Little Things to comment on the social structures that fester in a city like Mumbai. Midway through one of the two aforementioned episodes, when Dhruv asks his mom (Lovleen Misra) to think of the beautiful view from her new 14th-floor home in Delhi's extended suburbs, she bemoans the liveliness — the balcony conversations with hawkers and friends — that her current surroundings provide. That exchange is symptomatic of a running theme in Little Things season 3's best episodes, in how the changing nature of Indian cities due to a push towards urbanisation is erasing the charm and humanity that's more present in the relationships built in small cities. And how a growing demand for the new way of life is causing parts of the old world to decay, rot, fall apart, and be left behind.

Part of that is the fact that Kavya and Dhruv's parents are ageing and growing old, though it's only when they see them in the flesh does it fully strike them. It doesn't help that both are back home during a period of transition, which causes an additional flutter of worries for the children. But Little Things season 3 also understands that it's not all rosy and quaint. And it makes sure to look at the downsides of family and close-knit community as well. Immense love and care can very easily lead to feelings of being smothered. And people with shared lives tend to live alike and think alike, which means frequent questions over marriage in Kavya and Dhruv's case, something they have little interest to rush in when they have yet to figure out the rest of their lives.

That's the driving force this season, which opens with Dhruv moving to Bangalore for six months after he lands a new gig as a researcher's assistant. While it's literally a whole new world for him, it's figuratively a whole new world for Kavya too, who admits she's never really been on her own in Mumbai, having met Dhruv shortly after she moved from her hometown of Nagpur. As their relationship transitions into a long-distance one temporarily, it naturally puts additional pressure on the lingering issues, held over from season 2. But being away for an extended period also allows them to discover new sources of happiness, and new things about each other. Of course, it comes with its share of frustrations too, though strangely, their sexual life — or the lack of one — never factors into that.

Little Things season 3 relies on an episode-long montage in “Rectangles” to depict Kavya and Dhruv's largely separate new lives, but the moments it picks are more serviceable than revelatory. In fact, it's when they are back in Mumbai — the episode is still more talkative than it needs to be — that it crafts more illuminating scenes. Another episode, “The Sum of Our Past”, primarily consists of flashbacks, which though promising on the surface — it offers a peek at the Little Things duo's experiences with the opposite gender and the topic of marriage — is short on real insights. The most successful of the lot, in terms of filmmaking techniques, are ones that are briefest in their duration: two dream sequences that dive straight into Kavya and Dhruv's fears. 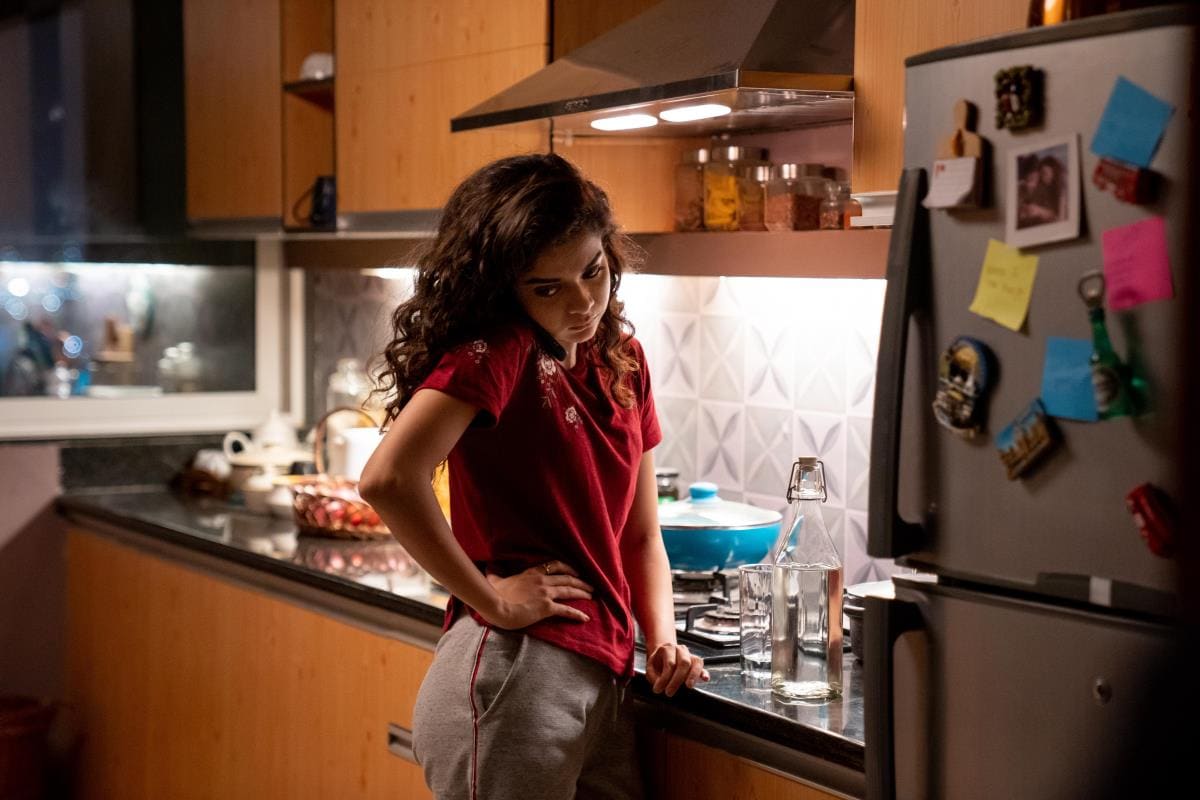 One of those essentially sets up a potential Little Things season 4 — Netflix has yet to announce anything, though for what it's worth, season 3 arrived unannounced of sorts — as Kavya and Dhruv take a big step to give room for each other to grow, a sign of their growing maturity, even as it will most likely come at the cost of their relationship. Season 3 also continues the Netflix series' own maturity. Having come to life as a light-hearted, frivolous show in season 1 — Sehgal rightly called it as being in the honeymoon phase of a relationship, as was Little Things itself — it grew up on both a narrative and technical level in season 2, tackling more adult subjects in a more refined manner. That said, it was unable to scratch below the surface level of its topic at times.

From Little Things to Big Deals: How India's Dice Media Shot for Netflix and Beyond

Season 3 runs into that problem too now and then, even as Sehgal & Co. — now working with a writing team and a second director — are more successful in their attempts to make Little Things more expansive. And even when it's unable to properly dig in, the Netflix series is heartfelt and authentic in what it has to say. (It does have a habit of slipping into aphorisms now and then though.) Not just about millennial relationships in an increasingly urbanised India, but what's happening in other parts of society as young adults today are more individualised than ever. It engages with everyday relatable issues in a deeply-felt way, and it's only fitting that Little Things season 3 grows with its protagonists.

Little Things season 3 is out Saturday, November 9 on Netflix worldwide.

Further reading: Little Things, Little Things season 3, Netflix, Netflix India, Mithila Palkar, Dhruv Sehgal, Pocket Aces, Dice Media
Akhil Arora Email Akhil
Akhil Arora covers entertainment for Gadgets 360, interviewing stars such as Christian Bale and Anurag Kashyap, covering series premieres, product and service launches across the globe, and looking at American blockbusters and Indian dramas from a global socio-political and feminist perspective. As a Rotten Tomatoes-certified film critic, Akhil has reviewed over 150 movies and TV shows in over half a decade at Gadgets 360. When he is not completely caught up with new film and TV releases, Akhil ...More
Mastodon: What Is It and Why Is It Gaining Popularity?
Microsoft HoloLens 2 Starts Shipping to Select Countries