Like Animated Movies? You'll Love How to Train Your Dragon 2

Along with superhero movies, another geek staple - the animated adventure - has also been a very successful genre of late, with films like Frozen taking over the cinemas and conversations, and the first How to Train Your Dragon was a huge success, so it's safe to say that the sequel, which is out now in India, has a lot of expectations riding on it.

The good news is that the film easily lives up to them, and does what a good sequel should do. It doesn't repackage the first film, but uses it as a starting point to show us a wider world, building on what has come before, improving on the first film in many ways.

The first thing that you'll notice - which should've been clear from the trailers anyway - is that the characters have all grown up. In the first film, the dragon riders were teenagers but it's been four years since How to Train Your Dragon released. Hiccup is still the star of the show, and he's got the same friends to help him along, but while the basic relationships remain the same, everyone's a little more mature now. 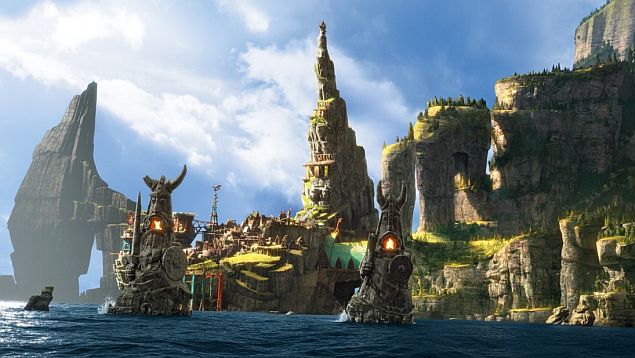 The dragons are now an integral part of life in the village of Berk, and things are starting to actually resemble the books that the movies are based off, something promised at the end of the first film.

Between the movies, there were two seasons of a TV show, called Riders of Berk, and Defenders of Berk, respectively, and if you watched the show, then you can see the developments that have taken place continuing with the movie.

You're eased into the world in case you haven't watched the show, and there is a lot of early focus on Hiccup and his father Stoick. The trailers had already given away one big surprise - Hiccup's mother (presumed dead in the first film) turns out to be alive and rescuing dragons. 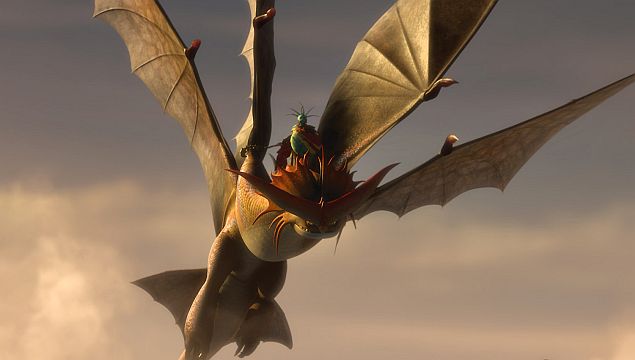 The scenes where Hiccup meets his mother, and sees the Dragon's Den are filled with amazing flying sequences, and a riot of colour as dragons twist and swoop through the screen. It's a rare delight as more and more movies are opting for grey and brown tones.

Game of Thrones fans might be thrilled to hear Jon Snow (Kit Harrington) in a villainous turn as the dragon trapper Eret, who does know some things. It's a fun role, and a welcome change from the kind of lines we've gotten used to hearing him mumble.

The real villain of the film though, is Drago Bludvist, who wants to conquer the world, and has an army of dragons to help him do that. Drago has been using his dragons as weapons of terror, and therefore he sees Berk as a threat to world domination. 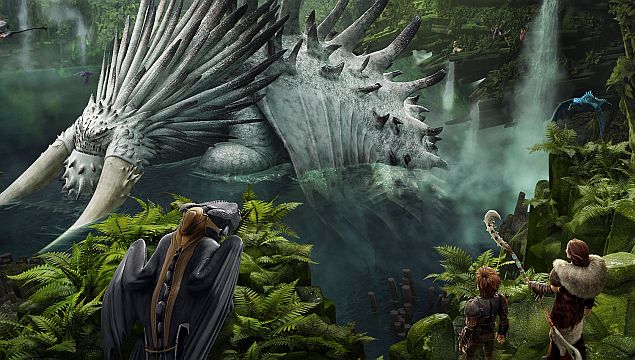 This leads to some amazing battles with giant dragons that would dwarf the Red Death seen at the end of the first film, and the screen is filled with dozens and dozens of dragons - the action in this movie is definitely bigger and better than the first film.

Where this film falls a little short is in the sense of wonder and discovery of the first one. When Hiccup first met Toothless in that movie, he didn't know what to expect, and neither did we, the audience. The dragon's dog-like mannerisms, that amazing moment where he picked up a branch to draw in the sand the way Hiccup had been drawing with a twig, were beautiful moments that formed the emotional core of the film.

How to Train Your Dragon 2 tries to replicate some of that, particularly with the Dragon's Den scenes, but the movie slows down at other points. You've also got a lot more sight gags and humour in this movie - that's not a bad thing, and every scene with Gobber the Belch is a delight, but the result is that this movie can't pack quite the same emotional punch as the first one did. 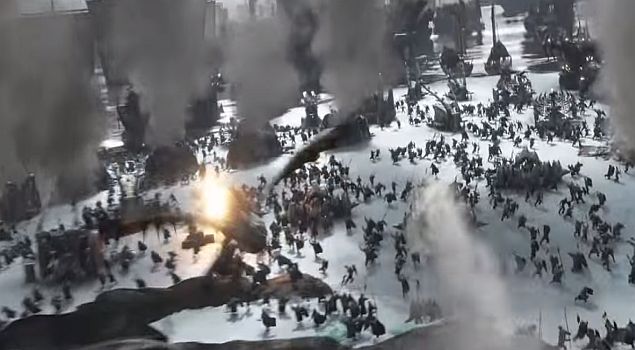 Despite a few slack moments, the film manages to remain engaging throughout, mostly thanks to the great voice-work from the cast. The main cast has been working together since the first film, and continued to do so for the TV show as well, and the level of comfort you see between the characters reflects that. These feel like real people who have grown up together, and that definitely helps the film.

Some people have criticised the film, calling it safe and by-the-numbers, and lacking substance. One critic mentioned that it could have used a touch of Miyazaki. We would strongly disagree - there are some small issues with pacing, but within the context of this movie, DreamWorks has delivered an otherwise excellent sequel.

Further reading: DreamWorks, How to Train Your Dragon 2, Movies, Review