Legion Season 2 Gets Where It Wants, Unconvincingly

Spoilers ahead for Legion season 2. Please stop reading if you haven’t seen all of it.

Legion’s big plan for its protagonist David (Dan Stevens) came into sharper focus during its season 2 finale, “Chapter 19” – it aired Tuesday on FX and is available for purchase elsewhere – as the extremely-powerful mutant son of Charles Xavier refused to reckon with the idea that his seemingly good-guy actions had dragged down him a slippery slope into potential outright villainy. In essence, David ended up reinforcing the well-known proverb: “The road to hell is paved with good intentions.”

Of course, this being Noah Hawley’s Legion, which loves to place its straightforward narratives and big-picture themes in a mind-boggling package that’s always more interested in ratcheting up the visual style factor than plot or character depth, that idea of the hero being the villain was never given the time it needed to develop. Instead, the show relied on a few late-game inserts, in Syd (Rachel Keller) being shown David’s actions from another light and a manipulated sexual encounter between the two, to quickly convince the audience of the same.

For what it’s worth, David going dark was hinted at early on, and the show’s original big bad – the Shadow King aka Amahl Farouk (Navid Negabhan) – said as much, albeit a little more than midway through the second season. But unfortunately, Legion has never been good with sticking to its main arc – here, it was about the race to find Farouk’s body – and frequently gets distracted in exploring other ideas for entire episodes at a time. Sure, it may deploy them using the visual smarts it’s become known for, but that’s still in service of a side track.

A big culprit was the subplot involving mass hysteria, which came to the fore in the seventh episode of the season, “Chapter 15”, as Farouk’s sabotage of David’s allies almost resulted in them killing the leader of Division 3, Admiral Fukyama (Marc Oka), the guy with a straw basket on his head. It was aided by the so-called educational interludes, with Jon Hamm (Mad Men) as narrator, which contributed to our understanding of what was going on at times, and entirely failed to connect the dots in other places.

That difference in cohesion, and in turn quality, was true of the season as a whole. Where Legion gained some necessary momentum in one episode (“Chapter 11” had David solving cerebral puzzles inside everyone’s minds) and provided some character depth in another (“Chapter 12” gave us a look at Syd’s troubled upbringing), it squandered that by going for a big twist for a character it never fleshed out (“Chapter 13” revealed Farouk had turned Amy into Lenny) or hitting the brakes hard (a check-in with supporting characters in “Chapter 17”).

There was just one case during Legion’s season 2 where it was able to stick its brave approach, with David exploring the multiverse in “Chapter 14” and seeing all the other lives he could’ve had if he never went to a psychiatric hospital, be it dying at the hands of Kerry (Amber Midthunder), gunned down by the police after an incident with the yellow-eyed Devil, or becoming the richest man in the world at the cost of being controlled by Farouk all his life. Put that together with “Chapter 11” and “Chapter 12”, and you’ve got three good episodes among an extended total of 11, thanks to a mid-season announcement that there would be an extra episode.

That episode was the aforementioned “Chapter 17”, which was devoted entirely to characters not named David or Syd but failed to include anything noteworthy and ended up being underwhelming. Though it finally gave Melanie (Jean Smart) some screen time, she was under Farouk’s control and hence had no agency of her own. Moreover, it digressed heavily from the main plot at the wrong time, which had enough problems as it is, what with everyone taking forever to find Farouk’s body.

The season was, of course, about David giving in to his worst impulses. “For me, I always had this question in my mind, what would happen if Walter White was a supervillain? That Breaking Bad superhero show,” Hawley said in a recent interview. “This idea, especially in the X-Men universe, that the moral line between good and evil is often fudge-able. […] And the idea of what the right thing to do is can shift depending on the circumstances.” Moreover, Hawley said he designed it such that Syd would emerge as the new protagonist. 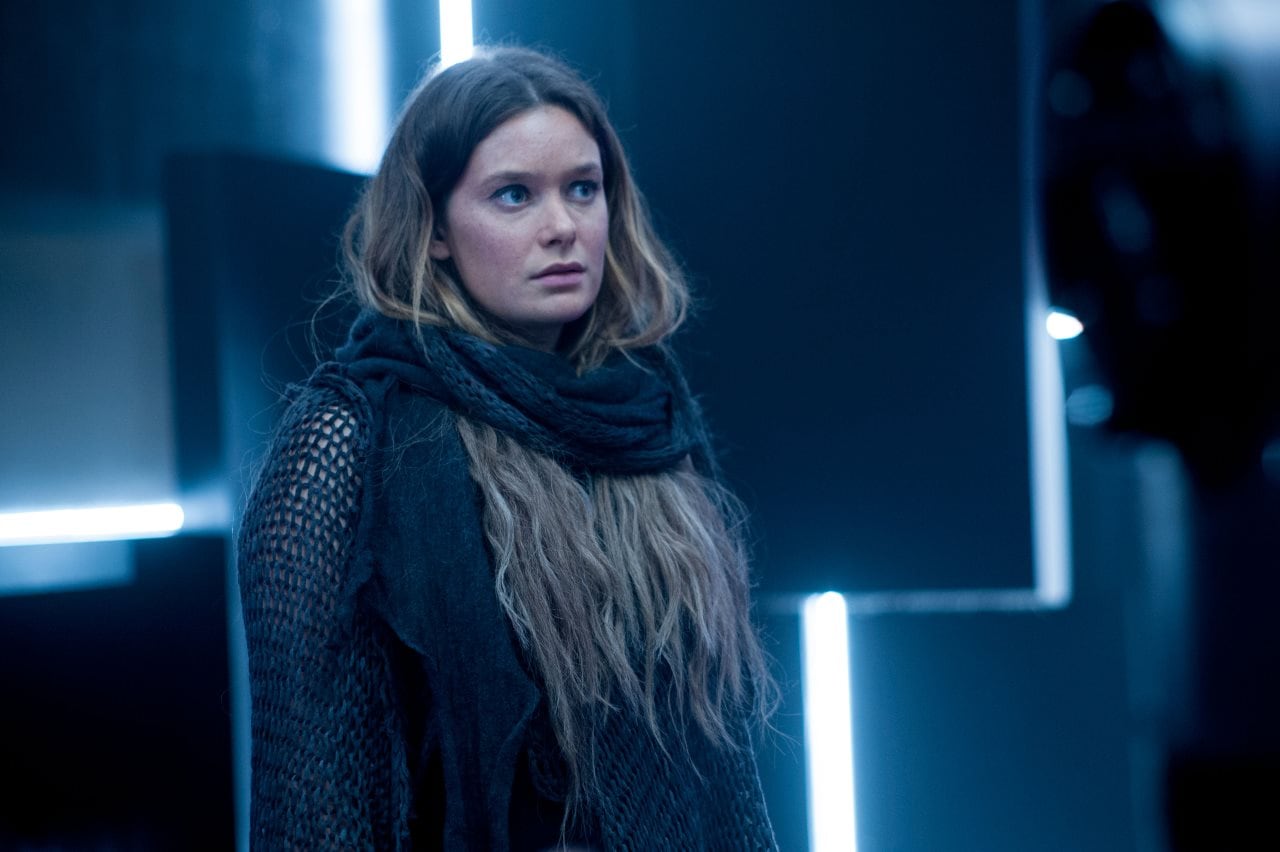 But those interludes narrated by Hamm interfered – possibly intentionally on Legion’s part, as obfuscation – with what Hawley had in mind for David’s season-two arc. And then right before the pivotal scene in the finale, a bunch of intertitles followed by a narration riffed on the ship of fools metaphor for madness, as defined by Michel Foucault in his book “Madness and Civilization”. With hindsight, the episode seems to suggest everyone around David has gone crazy. But if you go by the evidence Legion presents the rest of the time – and Hawley’s words – it’s clear he’s become the villain.

For one, his quest for revenge on Farouk has consumed him, causing him to lie over and over. He tortures Melanie’s husband Oliver (Jemaine Clement) in the penultimate episode, and what he does with Syd in the finale – she doesn’t mince her words and lays it out plain and simple – is unspeakable and abhorrent. Why then does Legion want it to be confounding? So there’s chance for the character’s redemption? The only answer seems to be “why not”, given the show is rarely bothered with explaining itself.

Either way, David going full tilt is an interesting place for the show (however unconvincingly it got there), because it opens up the narrative scope for season 3. Abandoning his friends and teleporting away with Lenny further contributes to that shot from the future at the start of the penultimate episode, of David resembling his comic-book avatar with long hair, sitting on a throne and holding a crystal ball with Syd’s face in it, as a dazed Lenny lounges in front and a pile of bones surround them. It’s now up to the new hero Syd to save him from himself.

Legion season 2 is available to stream on FXNow, and for purchase via Amazon Video, Google Play, iTunes, and Microsoft Store.

Further reading: Legion, X Men, FX, Marvel
Akhil Arora Email Akhil Akhil Arora covers entertainment for Gadgets 360, interviewing stars such as Christian Bale and Anurag Kashyap, covering series premieres, product and service launches across the globe, and looking at American blockbusters and Indian dramas from a global socio-political and feminist perspective. As a Rotten Tomatoes-certified film critic, Akhil has reviewed over 150 movies and TV shows in over half a decade at Gadgets 360. When he is not completely caught up with new film and TV releases, Akhil ...More
Facebook Unveils New Privacy Safeguards for Ad Targeting
Uber Hires Facebook's Product Director as Its Driver Product Head

product With its season 2 finale, Legion delivered on its foreshadowed arc of making its hero the villain, after David and Farouk came to blows in the desert.