Justice League Is DC Trying to Service Every Kind of Fan, and Failing

A decade ago, before we laid eyes on Robert Downey Jr.’s Iron Man in what would become the seed of Marvel’s ever-growing universe, Justice League – the DC team of superheroes with Batman and Superman at the helm – was a much more recognisable brand than the one across town. Since then, Avengers has blossomed into the more exciting and loved entity on the big screen, with offshoots that have been just as appreciated.

It’s not like DC didn’t have any success during that period. Thanks to the talents of Christopher Nolan, the world got to see The Dark Knight trilogy – with its 2008 middle eponymous chapter still making the case for the best superhero film of all time – but Nolan’s preference for standalone entries came in the way of Warner Bros.’ bigger plans, and the studio has been playing catch up ever since. It hasn’t helped that the films since – Man of Steel, Batman v Superman: Dawn of Justice, and Suicide Squad – have all been partial or complete disasters, except for this year’s Wonder Woman.

And now we have the follow-up get-together – Justice League – which has had its own share of problems during all three stages of production. The poor reception to the incoherent and utterly bleak Batman v Superman led to a decision to borrow some of the humour chops from its biggest rival Marvel, hoping to please those fans that just wanted a fun adventure with their favourite comic book heroes.

In addition, Zack Snyder’s departure owing to a death in the family opened the door for Joss Whedon – who has spent considerable time under the Marvel camp, directing the first two Avengers movies – a man with a starkly different vision for what superhero films should aim to be, very unlike the heavy-CGI stylistic, grim approach of Snyder, which has defined the DC universe since its beginning with the Superman reboot in 2013.

If that wasn’t enough, Warner’s uneasiness with the critical comments of its flagship releases – be it the terrible writing, misguided direction or a lack of cohesive vision – has naturally forced it to take a more active role in the final version, setting aside the more auteur-driven approach it had allowed so far. That meant infusing more of what worked with Wonder Woman into Justice League, while cutting down on the bloat to create an under two-hour cut that doesn’t feel like it’s dragging on.

Unfortunately, Justice League has even more to do. While we’ve met some of them in past entries, it must serve as a backdoor entry for three new heroes: Barry Allen aka Flash, the role recast with Ezra Miller and not continued from the ongoing TV series; Arthur Curry aka Aquaman, being played by Jason Momoa, who gets his own film next year; and Victor Stone aka Cyborg (Ray Fisher), who’s never actually called the latter anywhere in the film, but plays the part human, part machine hero so called in the comics.

As you can tell by now, this is an uphill task. The introductions to the newest members of Justice League are done in a much better fashion than the montage David Ayer adopted for Suicide Squad – with Bruce Wayne aka Batman (Ben Affleck) and Diana Prince aka Wonder Woman (Gal Gadot) meeting the others in the latter’s backyard – but that also means the film ends up spending a lot of its first half stitching together these vignettes that introduce these heroes, and provide a bit of backstory that is supposed to help you connect with them.

The leftover time is reserved for our new big baddie, who calls himself Steppenwolf (played by Ciarán Hinds in a mo-cap suit). With the pressure of addressing dozens of other issues, it seems Warner and DC missed the memo about having utterly generic and poorly conceptualised villains. Marvel is guilty of having terrible villains in its shed too (with the clear exception of Loki), and DC has performed even poorer in that department, first with the ugly monstrosity that killed Superman in last year's nonsensical let-down Dawn of Justice, then the tasteless supernatural entity in Suicide Squad, and now with Steppenwolf, a giant axe-wielding alien warrior with a hideous face. Just like many of his ilk before, Steppenwolf wants to unite an ancient power that will bring the end of times and give him the power to rule Earth in his stead. It’s a plot so rote that it’s now an immediate turn-off, and so it’s surprising that film-makers and studios fail to recognise it, and put an end to it. Like other villains, he also commands an army of minions – in this case, flying extra-terrestrials called Parademons – who first appeared in Batman’s nightmarish visions in Dawn of Justice.

But the bigger problem here is that Justice League is trying to do too much, and it just doesn’t have the space for any of it. Snyder wants to explore the fallout of Superman’s death, which involves a cover of Leonard Cohen’s 1988 hit Everybody Knows that feels too on-the-nose, while the world mourns the alien hero by draping Superman’s logo over iconic monuments and buildings. At the same time, it wants to show Barry’s social awkwardness, Diana still recovering from Steve Trevor (which is a bit much since it’s been a century), or Aquaman’s distaste for any responsibility.

It even wants to get in the discussion of Bruce’s comparative frailty, and how old age is turning out to be a pain in battling the outsized threats; or Victor losing touch with his humanity owing to the cybernetics, what that entails for him socially, and how he’s unable to fully control the mechanical parts or mesh his brain’s thinking with the language of AI. These are all important story threads on their own, but Justice League is only able to name-check them, and never able to invest in a meaningful way given its forcefully-reduced runtime.

But maybe we ought to see the other side of that coin, too. Justice League is ultimately a superhero action film that’s trying to please crowds globally and not a thoughtful character study, which is why it packs in as much action as possible. Said action consists mostly of heroes and villains pummelling each other into walls with as much force as possible, and the other walking it off with a grunt and then doing it all over again. The truncated length does mean you’ve to sit through less of these mind-numbing action sequences than the director would’ve liked. 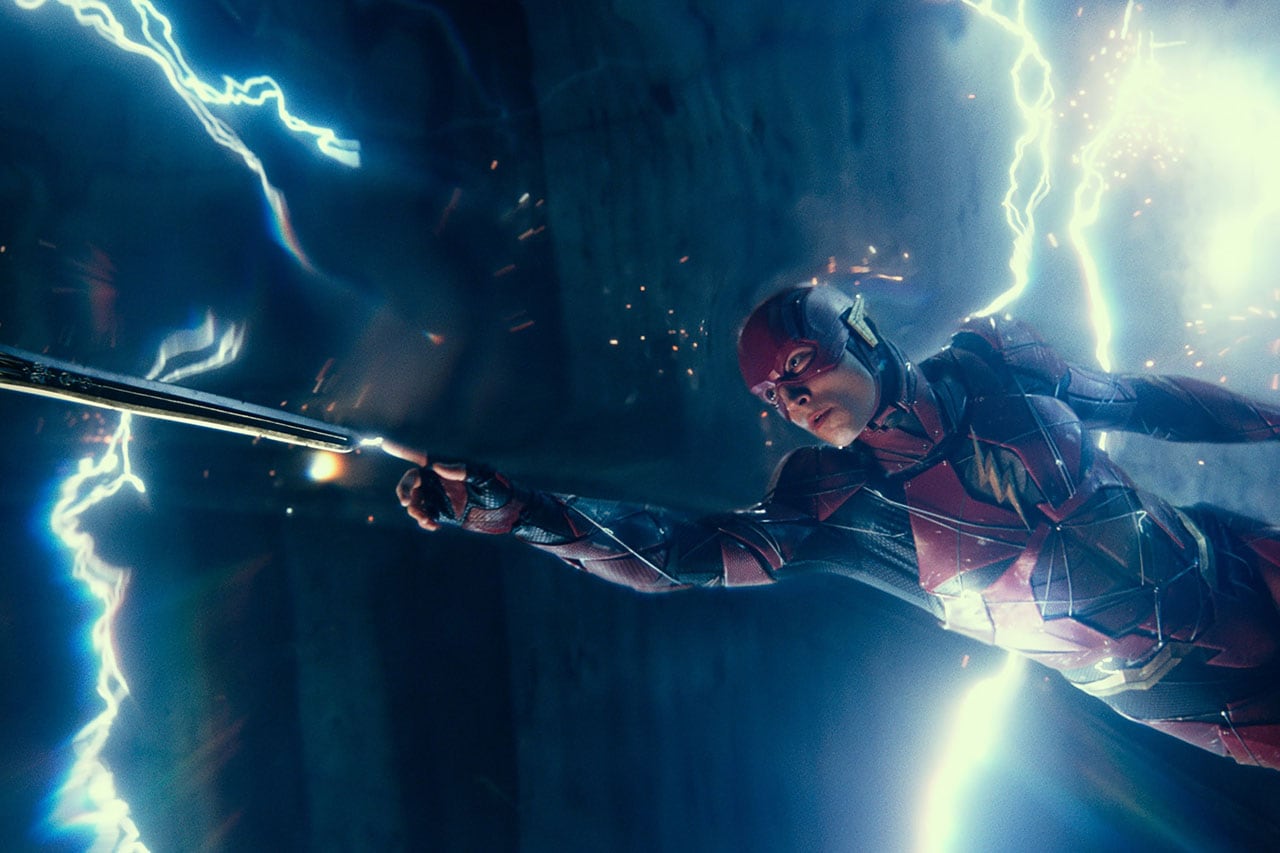 Ezra Miller as the Flash in a still from Justice League
Photo Credit: Warner Bros.

The only shred of ingenuity here comes from Flash's presence, whose slo-mo action scenes owe it to Quicksilver from the X-Men films, in combination with a little bit of humour that sees him tripping over himself, or being outsmarted by a certain somebody in a moment that drew massive cheers from the crowd. There’s a video game-style flashback set in Themyscira (Wonder Woman’s home) as well, but it also contains Amazon warriors dressed far skimpier than in Patty Jenkins’ interpretation.

The same is also true of how Snyder handles scenes involving Gal Gadot, with there being a disturbing number of shots that focus on the actress’ posterior and legs. It marks a swift return to the teenage fantasy ways that dominate this dress-up genre, and clearly shows the benefit of allowing more diversity in the top ranks.

Thankfully, both Miller and Gadot are the highlights of this rushed-up, by-the-numbers adventure, the former serving as a much-needed comic relief, and the latter winning over with her sheer charm. Flash has the most one-liner quips of anyone (Whedon’s presence has ensured everyone gets one or more, which means you get to hear Affleck’s sad Batman make fun of Aquaman bringing a pitchfork to battle), and Barry’s nervousness – brought on by the fact that he’s the youngest, hasn’t seen any world-saving action, and has normal fears like the rest of us – makes him both relatable and genuine.

Whedon, who reportedly reshot between 15 and 20 percent of the film, is smart enough to give Justice League moments to breathe, making space for scenes between Flash and Cyborg, Batman and Wonder Woman, and a gag involving Aquaman that offers a peek into the otherwise reserved hero. But despite his talents – and the likes of co-writer Chris Terrio (Argo) – there are just too many tonal inconsistencies for the film to progress smoothly, and many of Whedon’s insertions feel grafted onto another visually unpleasant Snyder film. 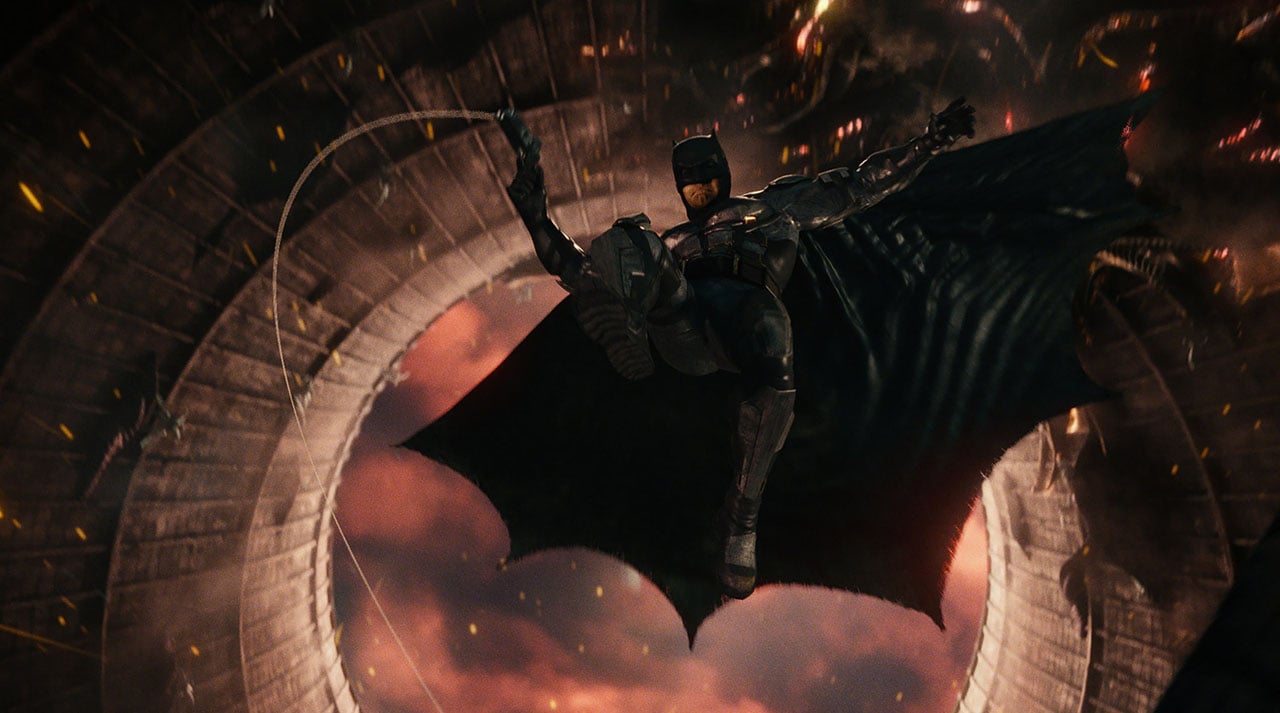 Justice League Has a Post-Credits Scene

Justice League may not suffer from the endless brooding of its predecessor, but its long list of priorities and tasks does result in a jumbled mess. It’s incapable of pushing the superhero genre like Logan did earlier this year, and it’s got too many cooks in the kitchen to produce something singular. All that ultimately results in a film that’s trying to make everyone happy by giving them what they enjoy, but lacks the required level of quality in nearly every department.

It’s a movie that has been a decade in the making – it’s also one of the most expensive films ever made, at $300 million (about Rs. 1,950 crore) – but unlike its heroes that make up the titular group, Justice League crumbles under the weight on its shoulders.

Further reading: Justice League, Warner Bros, DC Comics, DCEU, Batman, Superman, Wonder Woman, Flash, Aquaman, Cyborg
Akhil Arora Email Akhil Akhil Arora covers entertainment for Gadgets 360, interviewing stars such as Christian Bale and Anurag Kashyap, covering series premieres, product and service launches across the globe, and looking at American blockbusters and Indian dramas from a global socio-political and feminist perspective. As a Rotten Tomatoes-certified film critic, Akhil has reviewed over 150 movies and TV shows in over half a decade at Gadgets 360. When he is not completely caught up with new film and TV releases, Akhil ...More
Google Assistant Can Now Help Troubleshoot the Pixel 2 Using Voice Commands
After Taking on Airtel, Mukesh Ambani May Take on Amazon Next

product The long-awaited big screen depiction of DC's mightiest heroes is a film that wants to do too much in too little time.

Justice League Is DC Trying to Service Every Kind of Fan, and Failing
Comment