Midway through The Dark Knight, when Batman (Christian Bale) sits opposite the Joker (Heath Ledger) in the interrogation room and asks why he wants him dead, the film lays bare the hero-nemesis relationship in a select few lines. "I don't want to kill you! What would I do without you?," the Joker replies, after laughing in his usual manic style. He then adds: "You complete me." It's as direct as Christopher Nolan's masterpiece gets, telling us that without a worthwhile opposition to the protagonist – and vice versa – there's no story. It's the same everywhere: Lex Luthor to Superman, Voldemort to Harry Potter, and even Newman to Seinfeld, to an extent.

For the debut season of Jessica Jones, which released November 2015, the mind-control villain Kilgrave (David Tennant) was the perfect archenemy for our super-powered alcoholic private investigator (Krysten Ritter), who had spent years under his influence, having been kidnapped, assaulted and raped to become Kilgrave's forced muse, which had resulted in severe PTSD even after she escaped from his clutches. Jessica spent a majority of the first season trying to vanquish him, and when that happened, the show stumbled and lost much of its momentum. Jessica Jones dragged on a plotline longer than necessary, as do most Marvel shows, but when she snapped his neck in the season finale, there was no question that it was going to be hard for creator Melissa Rosenberg to find a more compelling villain.

Unfortunately, the task does prove a hill too steep for Jessica Jones, which returns with a second season on Netflix this Thursday, March 8. With Kilgrave out of her life, Jessica is now free to move forward with her life – the new season completely ignores that The Defenders miniseries happened in between, and doesn't refer to it at all – and Rosenberg uses that opportunity to explore her tragic past, aka how she came to be super. In short, Jessica Jones season 2 is her origin story in some ways, as she tries to dig into what happened to her and her family, against her early wishes but egged on by her adoptive sister, best friend and radio host Trish Walker (Rachael Taylor), driven by her hunt for ratings.

Update 13-03: If you've seen all 13 episodes, check out our full review of Jessica Jones season 2, which ventures extensively into spoiler territory.

The absence of a scene-stealing antagonist in the early going – Netflix provided critics access to the first five episodes out of the total 13 – means there's more time for Jessica's plotline, and more room even for the supporting cast for Jessica Jones: her neighbour and now co-worker at Alias Investigations, Malcolm Ducasse (Eka Darville), who struggled with drug addiction in the first season; the attorney Jeri Hogarth (Carrie-Anne Moss), for whom Jessica worked pro bono; and new cast members Oscar (J.R. Ramirez), the new superintendent where Jessica lives; and Griffin Sinclair (Hal Ozsan), a celebrated English journalist and Trish's new boyfriend.

But more time and room isn't always a good thing, as Jessica Jones season 2 makes clear. Jessica's origin story involves a mysterious organisation called the IGH, who performed experiments on her after she was involved in a car crash with her family. Faceless villains can make for boring television, and that's exactly what happens here. The show also ends up being too much of a slow burn; most if not all plot lines could progress at easily double the speed, and it's fairly obvious that yet another Marvel show is suffering from the problem of bloat.

Add to that the fact that the supporting cast just isn't interesting enough to warrant additional focus. Trish is struggling to keep her radio show afloat, and we get a further peek into her fractured relationship with her controlling mother, Dorothy Walker (Rebecca De Mornay). She feels stagnant in her career, and wants to be like Griffin, not necessarily be with him. Her boyfriend has seen war zones in his reporting, but he feels left behind in the IGH investigation, and the show hints at some darker leanings. Hogarth's troubles come from an illness she has no control over, which feels similar to Alexandra's (Sigourney Weaver) arc from The Defenders, except she isn't thousands of years old, or actively evil. 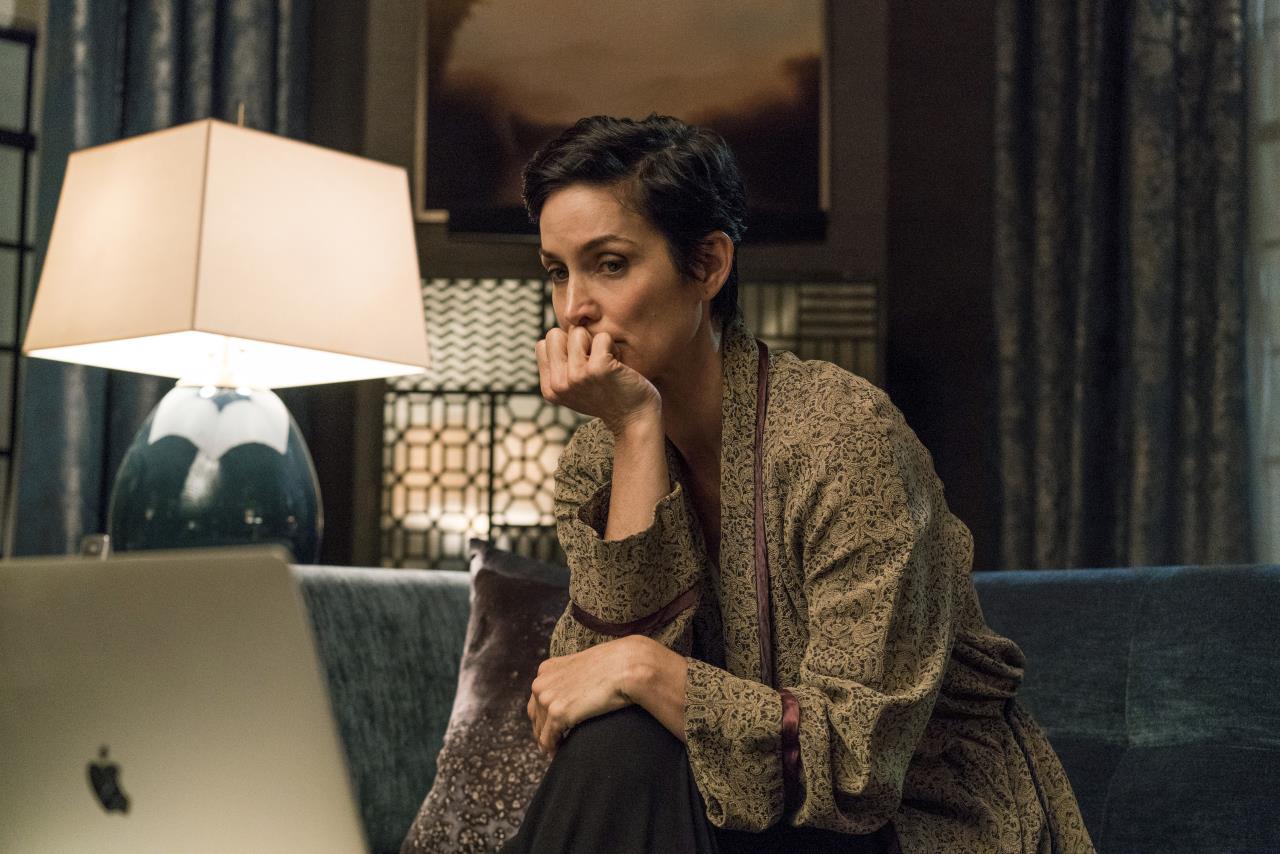 The Defenders Is Avengers on TV, With the Usual Marvel Flaws

Oscar is a single father fighting a custody battle for a son (Kevin Chacon) he loves the most, and wants nothing to do with Jessica in the early going, since he just left prison a while ago. Across the early episodes, Jessica Jones slowly moulds him into a possible romantic interest with a couple of interesting the-family-she-never-had flourishes, but poor and lazy writing doesn't escape him either: Oscar's career choice ends up being a convenient way to help Jessica in a subplot. Malcolm is the best served of the lot, relatively, as he goes from being that annoying neighbour who wouldn't leave Jessica's apartment to becoming someone she can actively rely on for investigate work.

Jessica, meanwhile, is still trying her best to ignore everyone and be content with a bottle. Forced to confront the overwhelming sadness of losing her family thanks to Trish, she starts looking into the experiments undertaken by IGH, in a bid to find someone to blame for her situation. When a new unnamed character (Janet McTeer) finally puts a face to her investigations into IGH, and tells her that she was brought back from the dead, Jessica spats back that they should have let her die. "I had no one," she adds on the verge of tears, a rare vulnearable moment for Jessica, and wonderfully portrayed by Ritter.

That line can in essence be the driving force for the female characters of Jessica Jones season 2. If the first season was about women trying to fight off powerful men, and asserting their own agency, the second season finds the Marvel women – Jessica, Trish, Hogarth, and McTeer's new character – alone by themselves, having nowhere to turn to. There are still tangential men-related issues: Jessica is being chased by a rival PI called Price Chang (Terry Chen), who gets more than he bargains for; Trish confronts her childhood abuser and director Max (James McCaffrey); and Hogarth is being pushed out of her firm by her partners owing to a medical disclosure. 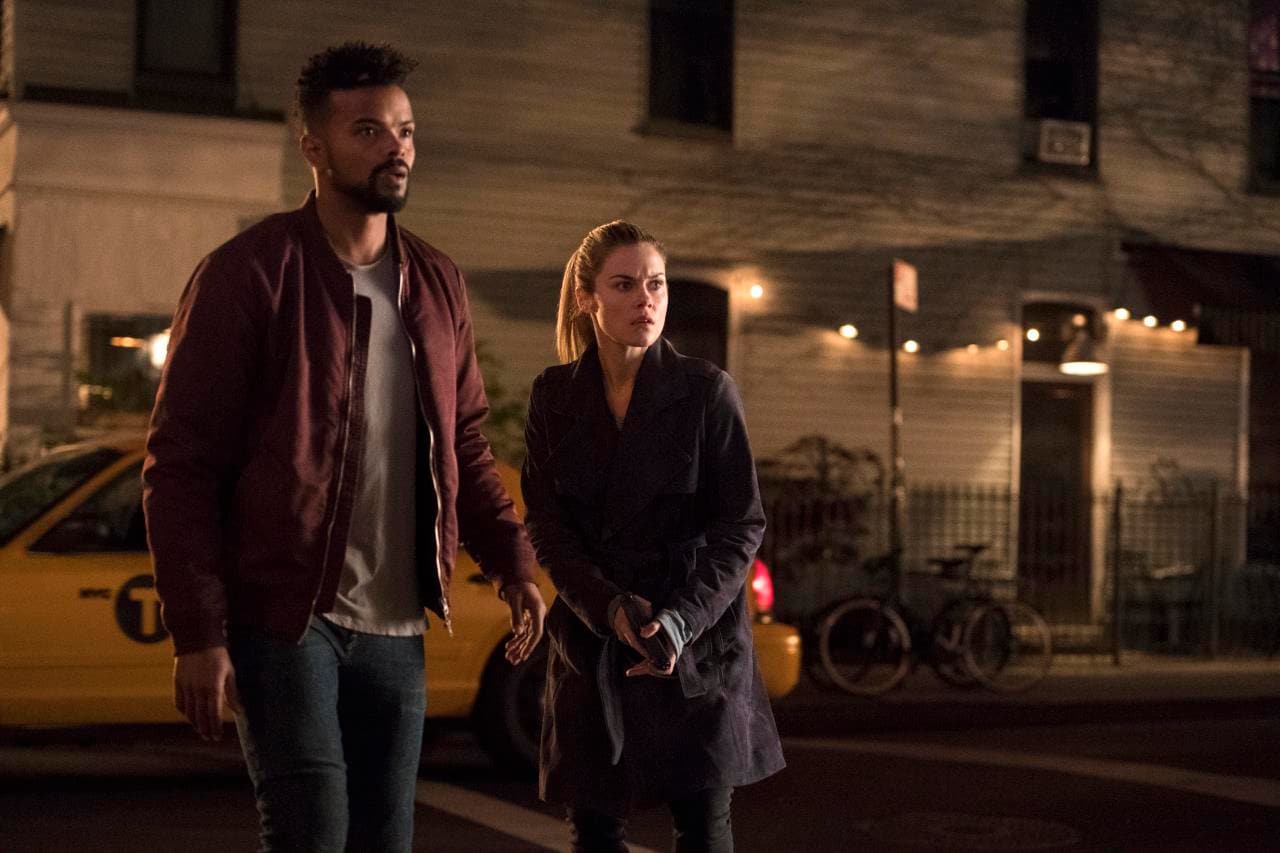 Eka Darville as Malcolm, and Rachael Taylor as Trish in a still from Jessica Jones season 2
Photo Credit: David Giesbrecht/Netflix

But the show's writers, led by Rosenberg, fail to make much of it interesting. The insistence by Marvel TV on making 13 episodes for its solo series, structuring it into three acts, and visualising the season as one long 13-hour movie has hindered more Netflix shows than it has helped. But where the likes of Daredevil, Jessica Jones, and Luke Cage were strong initially and then suffered in the second half of the season, the sophomore year of Jessica Jones ends up crawling out of the gates, like The Defenders.

Returning after a gap of over two years, there were naturally high expectations from the return of Jessica Jones, whose debut remains the best Netflix-Marvel has offered until now. It's a shame then that the second season starts on such a disappointing start, meandering in its first five hours rather than punching straight through like its title protagonist. Things may well pick up in the remaining eight – Tennant is confirmed to briefly appear as Kilgrave late in the season, reigniting the crucial hero-nemesis dynamic – but by then, it might be a case of too little, too late.

Further reading: Jessica Jones, Marvel, Netflix, MCU, The Defenders
Akhil Arora Email Akhil
Akhil Arora covers entertainment for Gadgets 360, interviewing stars such as Christian Bale and Anurag Kashyap, covering series premieres, product and service launches across the globe, and looking at American blockbusters and Indian dramas from a global socio-political and feminist perspective. As a Rotten Tomatoes-certified film critic, Akhil has reviewed over 150 movies and TV shows in over half a decade at Gadgets 360. When he is not completely caught up with new film and TV releases, Akhil ...More
Here's Why Amazon Bought a Doorbell Company
iBall Slide Brace-XJ With 10.1-Inch Display, 4G VoLTE Support Launched in India: Price, Specifications