After a superb first season, which delivered a compelling narrative with powerful themes and fascinating characters – it was easily the best of the Marvel-Netflix productions – the second season of Jessica Jones is a relative mess. The problem is that although the writers, led by creator Melissa Rosenberg, knew where they wanted the characters to end up – Jessica, Trish and Malcolm are all estranged at the end of the second season – they couldn't figure out how to get there convincingly.

This resulted in lazy shortcuts and narrative leaps that didn't quite fit the characters, or seemed out of flow with what we've had seen until now. With the full Jessica Jones season 2 out late last week, we had a chance to binge-watch it in its entirety, and figure out what precisely went wrong this year. And given the various problems, here's a look at the problems for the big characters, and the one exception which bucked this trend.

Jessica Jones
On the back of her actions at the end of season 1 – killing Kilgrave (David Tennant) – one of the important arcs for Jessica in season 2 involved grappling with how far she was capable of going, and how deeply that affected her. It's why the season opens with a case where the person who hired her asks her to kill someone, because that brings out a side of Jessica she's trying to suppress. "I don't kill people," she says to herself more than anyone, "because I'm not a murderer."

It's followed by a look in Ritter's eyes which says she's not entirely convinced herself. That's why Jessica Jones season 2 brings the abusive prison guard, Dale Holiday (Brian Hutchison) much later in the season to tackle that situation from a different perspective. Sure, she kills him in self-defence, but she instigated things by breaking into his house. And taking the effort to make it look like a suicide rather than call the police doesn't do her character any good. 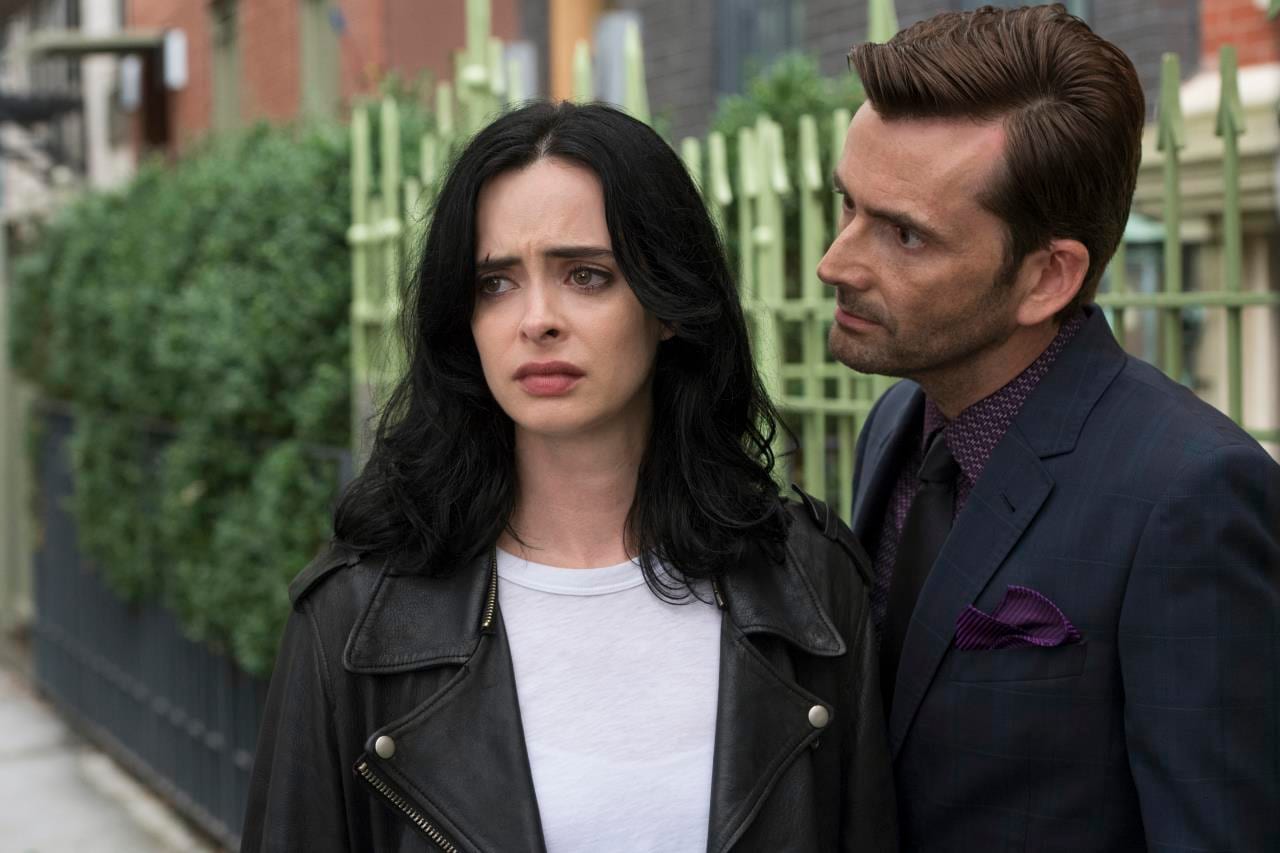 Inside Jessica Jones Season 2, With Trish, Malcolm, and Jessica

Jessica's guilt and trauma over her actions causes her conscience to manifest itself as her tormentor Kilgrave, who represents everything she fears she could be. And that episode, "AKA Three Lives and Counting", instantly becomes better simply by bringing back Tennant (and in a few scenes, more than one of him). Because the character was so compelling in the first season, his mere presence lights up the show, and seeing Jessica "trade banter with a delusion", as she remarks, is a delight even as it's eating the protagonist.

But where Jessica Jones season 2 fails is in how it handles this. It takes nine hours for this subplot to unravel itself on the show. Had the season been shorter and better structured, it could have portrayed the effects of Jessica slipping back into killing someone and covering it up in a much better manner. By relegating the subplot-building to one episode, and a character introduced just one episode before that whom audiences could have no investment in, it lacked the required emotional substance.

Alisa Jones
One of the best, if not the best, facets of the first season of Jessica Jones was its villain: Kilgrave. And thanks to Tennant, whose charisma further lifted the role, the character's absence from the start of season 2 is painfully obvious. Despite the evilness and downright creepiness of the things he did – at one point in the season 2 episode he returns, he says to Jessica: "I'm inside you forever" – there was a certain joy in watching the dynamic between Jessica and him.

Because Kilgrave was so deeply embedded into Jessica's traumatic past, he was also a more personal villain than you could possibly have. It's why season 2's new villain, Alisa Jones (Janet McTeer), can't compare, even though she's Jessica's mother. Though Alisa takes a much more laissez-faire attitude to the subject of murder, which repeatedly puts her at odds with her daughter, the show ends up using the oh-but-her-brain-is-wired-like-that route to justify a lot of the bloodshed she causes, which undermines the narrative than spur it. 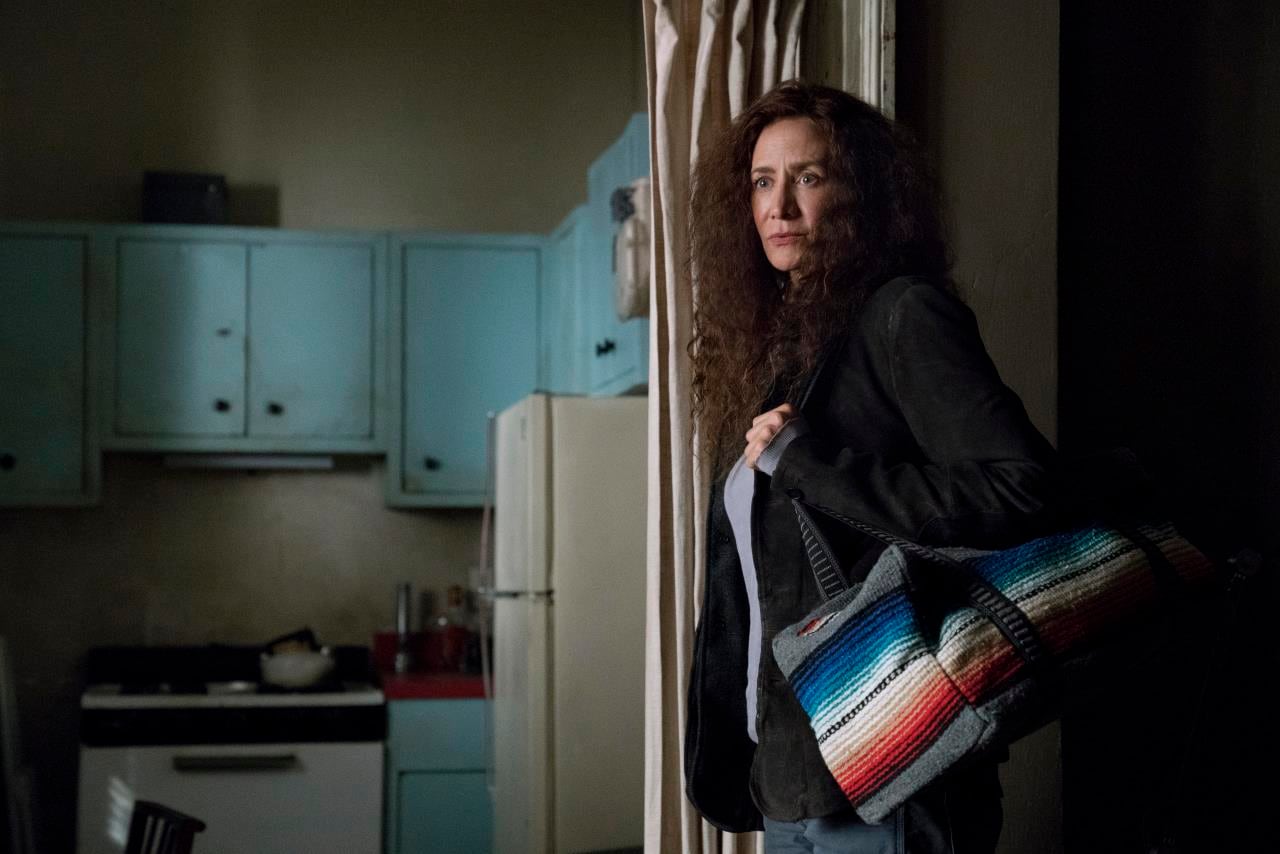 Plus, the history between Alisa and Jessica is severely lacking since they've been not present in each other's lives for seventeen years. And so every time Jessica Jones season 2 harps on about the meaning and importance of family, it just rings hollow. Whenever the show (through Jessica or other characters) tries to make the point that 'Alisa is still Jessica's mother even if she kills people', there's no sense of emotional gravity to any of it.

Most of this stems out of poor writing in the first few episodes of season 2. Instead of establishing Alisa from the get-go, Jessica Jones takes a long-winded route via Trish digging into IGH for her radio show, and it doesn't pay off. The show would've been better served by introducing Dr. Karl Malus (Callum Keith Rennie) and Alisa earlier instead of using them to propel the IGH mystery.

Season 2 does improve after we get a window into that world midway through – there's almost a bottle episode where Jessica and Alisa spend the episode in two different rooms talking – but after realising that it also needs to start setting up the conclusion, Jessica Jones conjures up events to rush out the mother-daughter relationship. Writing in an accident so the two can bond over saving people, or Alisa remarking that she dreamt about her every night doesn't mean much when the groundwork isn't laid down properly.

Trish Walker
The big thing for Jessica's adoptive sister and best friend during season 2 was wanting to be more than who she is. It's why she was in a relationship with English journalist Griffin Sinclair (Hal Ozsan), because she wanted to be a serious news journalist and move away from her lifestyle image on Trish Talk, and it's why Trish kept forcing Jessica into uncovering things she'd rather keep buried. Jessica Jones laid down her ethos when a character remarked that Trish was jealous of Jessica's powers.

The path to hell – or if you prefer, Hellcat – for Trish in season 2 ended up including sliding back into bed with her former enemy: addiction. She got hooked to the performance-enhancing drugs that gave her quicker reflexes, improved strength, and better awareness of her surroundings, thanks to the inhaler used by Will Simpson (Wil Traval), after he was killed by Alisa early in the season; and the acts of heroism she was able to perform under its influence, such as saving Malcolm or ranting at her radio job. 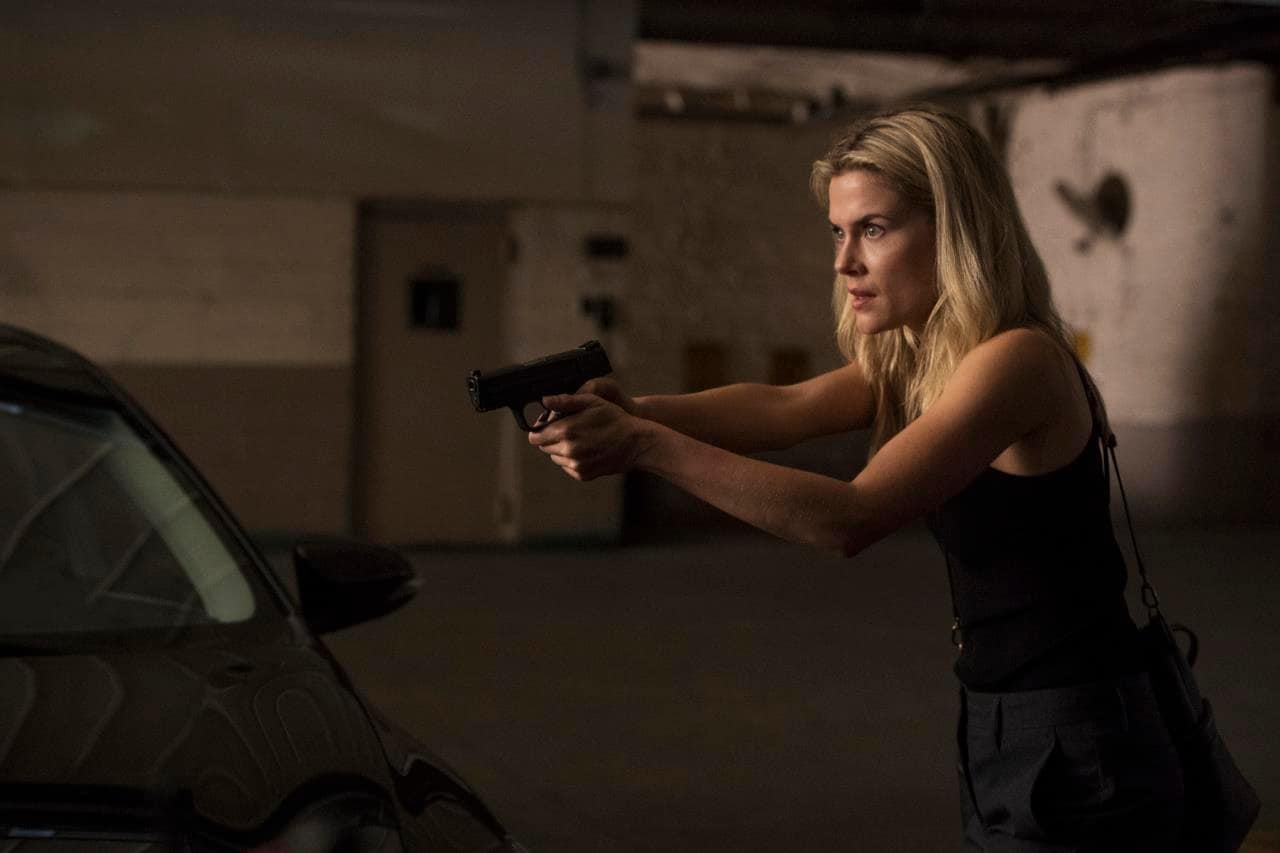 As intriguing as it is for comic book fans to see how Trish moves towards her alter-ego, Jessica Jones season 2 doesn't give Rachael Taylor enough material to work with, in showcasing her obsession with being a hero. More problematically, the writers failed to make a convincing argument for Trish becoming the woman to kill Alisa, in addition to the logistical impossibility of how the events had unfolded.

It only further contributes to the season-long problem for Jessica Jones season 2, in that it achieves a narrative goal in an unconvincing fashion. For what it's worth, that goal is intriguing. Jessica, Trish, and Malcolm (Eka Darville) are estranged from each other at the end of the season, mostly thanks to Trish's doings, and it'll be interesting to see where that goes in a potential third season. That's if the writers are up to the task.

Jeri Hogarth
It says something about Jessica Jones season 2 that the most convincing storyline involved little to no super-sleuthing. After Hogarth (Carrie-Anne Moss) was diagnosed with ALS and her partners tried to force her out of her firm, she decides to fight her way through. She tasks Jessica to dig into her partners' to find dirt – it's Malcolm who ends up doing all the work, and hence the credit – and she goes deep into alternative medicine to find a cure.

The Hogarth storyline does suffer from a lack of material, and there's little reason for it to unfold over 13 episodes other than that it's part of a Marvel-Netflix show, but it does give Moss the chance to do something new with her attorney character, and not just make appearances as everyone's lawyer across the season. The best of that is reserved for later in the season; when Hogarth finds herself she's been duped by someone pretending to have powers, she comes up with an effective plan that doesn't need her to get her hands dirty, but makes use of her manipulative abilities. 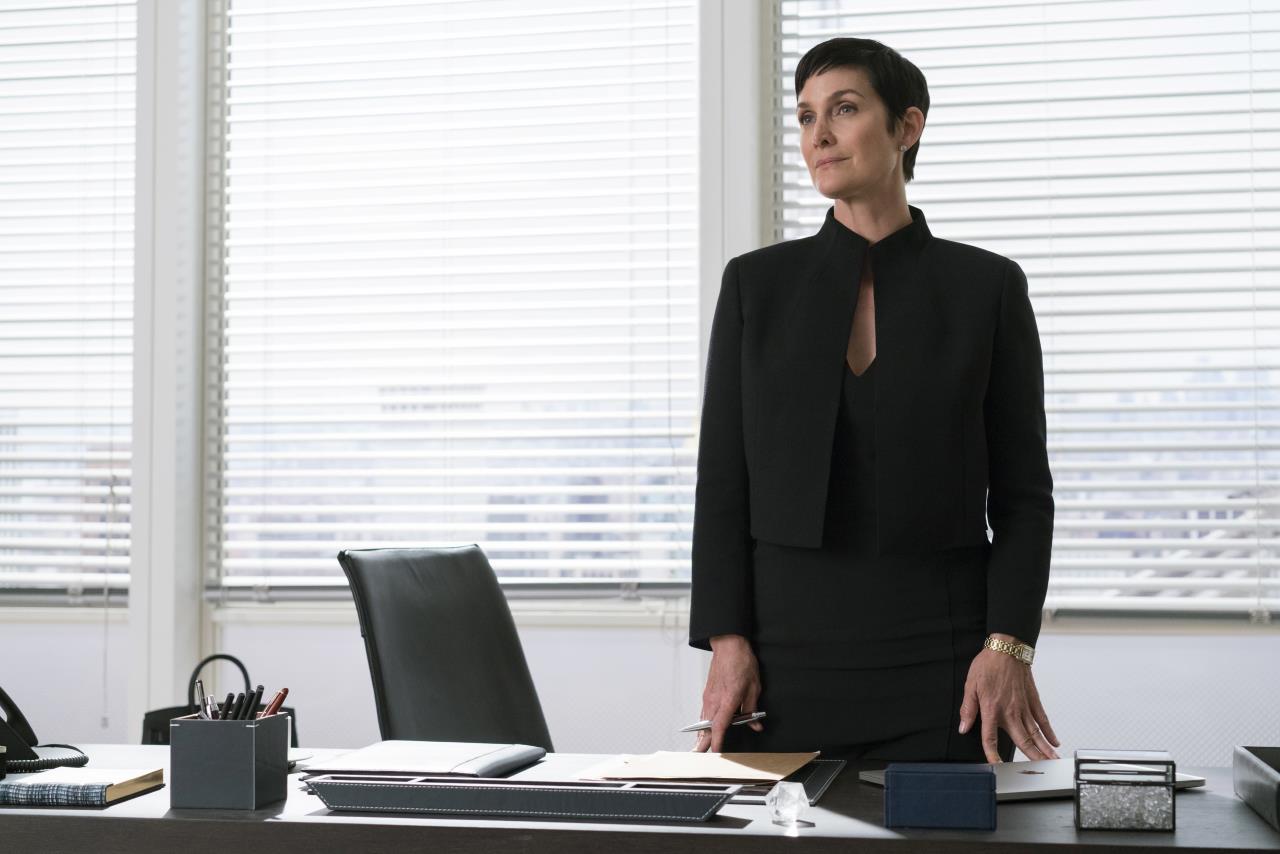 AKA The End
In our review of Jessica Jones season 2, based on the first five episodes, we wondered if things would pick up after a disappointing, meandering start. Having seen the other eight episodes, we can say that it does get there, but only in parts. The quality of writing improves in certain episodes, especially the one that brings back Kilgrave, but it's nowhere near as consistent as it needs to be. Once too often, the show takes an approach that doesn't make sense, and it doesn't help that things repeatedly happen to Jessica, instead of she taking action on her own.

The themes it presents and the lessons it imparts are still important – highlighting the problem of us being our own worst enemies, and learning to live in spite of trauma – but the road it takes is full of potholes that it can't avoid, and the scenery around it isn't remotely as interesting as the one we've been witness to in the first season. The good bit is that the road ahead is clear.