Jamtara Review: Does This New Netflix Original Do Justice to a Fascinating Story?

In the span of two years between April 2015 and March 2017, police from 12 Indian states reportedly made 23 journeys to the Jharkhand district of Jamtara, some six hours by road from the state capital of Ranchi. They did so to investigate cybercrimes — primarily phishing, or rather vishing, a portmanteau of voice and phishing — that were emanating from one of the most underdeveloped districts, which at the height of its infamy in 2017, buoyed [PDF] by the effects of demonetisation, was responsible for 80 percent of them by some estimates. Those involved had bought luxury SUVs and put up fancy bungalows next to ramshackle cottages. And with few opportunities in a poverty-stricken country, phishing became a household business in Jamtara, which was nicknamed as India's phishing capital.

On paper, this is a truly fascinating story for several reasons. But TV shows — Jamtara is out Friday on Netflix worldwide — aren't about trends, statistics, or the big picture. They are about people. Audiences need characters to invest in. Unfortunately, Jamtara, written by Trishant Srivastava (Nisha Aur Uske Cousins), doesn't do a great job in that regard. Its motley of conmen, cops, and politicians are loosely sketched, with the series more interested in using them to drive the plot. It doesn't help that that its 10 episodes — critics, including us, had access to the first six — run for less than half an hour on average. That's nearly not enough time to develop characters, more so when you've an ensemble cast and love setting up mini-cliffhangers with each episode.

What Jamtara does have to offer is a well thought out, defined visual look. Not enough Indian shows, save for a select few in the likes of Delhi Crime, bother to delve into such aspects. But thankfully, National Award-winning director Soumendra Padhi (Budhia Singh: Born to Run) and his director of photography Kaushal Shah (Cargo) spent considerable time — Padhi claimed — crafting a look for their series, testing various film and digital cameras during pre-production and working on colour grading during post-production. And it shows on screen. Shot with anamorphic lenses and then dialled to a specific yellow hue, Jamtara elevates itself over series with much bigger budgets. At times, it comes close to a prestige drama, though the writing can't hold a candle.

Set in October 2015, Jamtara follows young adult cousins Sunny Mondal (Sparsh Shrivastava) and Rocky (Anshumaan Pushkar), who are both successful con artists with varying ambitions. While Sunny is looking to marry the local English teacher, Gudiya Singh (Monika Panwar), to expand his operation, Rocky harbours political aspirations with the help of the corrupt and powerful local politician Brajesh Bhan (Amit Sial). Meanwhile, Brajesh, having got wind of the money that the boys are raking in, makes Rocky & Co. an offer they can't refuse. Except Sunny wants no part of it, which exacerbates a rift between the two cousins, whose worldviews are already quite disparate, be it on running the business or dealing with women.

And Sunny is right to be wary. While Brajesh has the local cops — including the alcoholic Inspector Biswa Pathak (Dibyendu Bhattacharya) — under his thumb, the growing menace of cybercrime has put a spotlight on the town. The district of Jamtara has a new incoming superintendent of police in Dolly Sahu (Aksha Pardasany), a newly-graduated IAS officer who's naturally driven to weed out criminals in what is her first posting. And on the other hand, Mahesh (Ravi Bhushan Bhartiya), the editor of a local daily, is pushing budding journalist Anas Ahmad (Aasif Khan) to use his connections and shared childhood with the phishing gang to deliver an exposé. It's a volatile time to strike gold in Jamtara.

Jamtara understands that its true crime roots are the backdrop, not the focus of the story. It's ultimately about the two people at the centre of it — Sunny and Rocky — whose dynamic undergoes a transformation over the course of the series. Friction is starting to develop between the two when we first meet them, and it blows into a lot more as the Netflix show progresses, with Rocky and Sunny repeatedly at each other's throats. (Brajesh soon becomes a third wheel in this relationship.) Outside of the two boys, the most developed character is Gudiya, who starts off by not wanting to be involved in Sunny's business but seems willing to compromise on her values as she looks at the windfall. Dolly doesn't get as much screen time and ends up feeling one-dimensional. 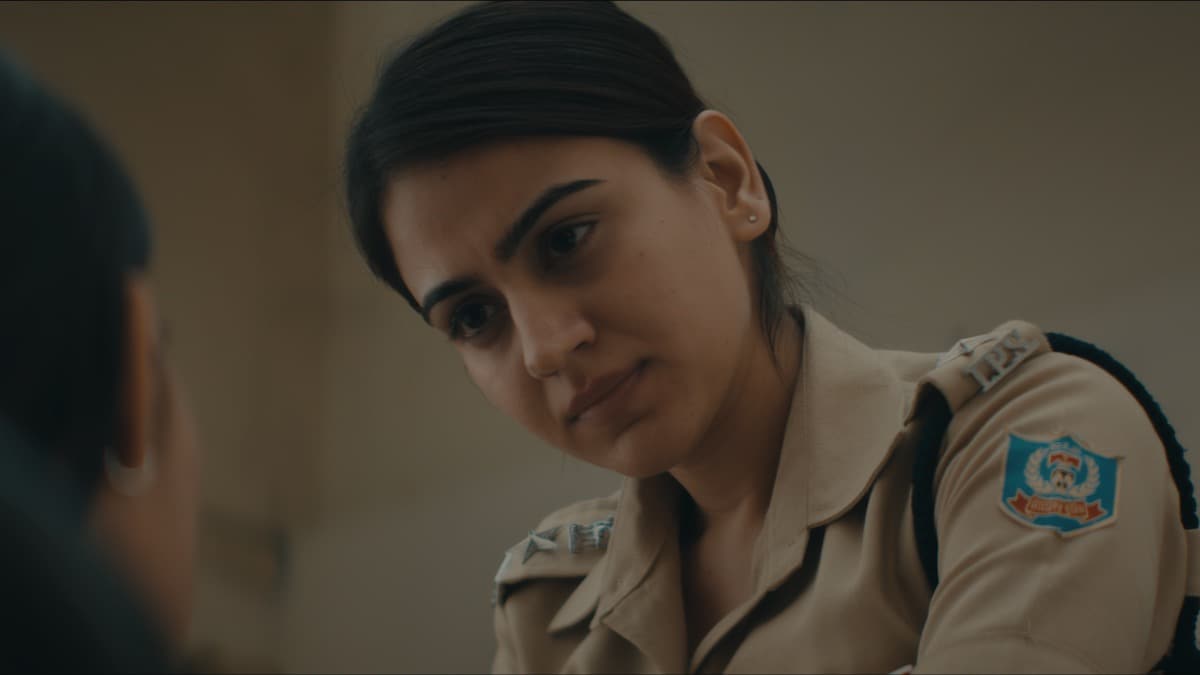 It's writing that lets Jamtara down, both from a scene-by-scene and serialised arc perspective. At times, the Netflix series proceeds in a way that it feels like the makers forgot to film connective tissue. That results in episodes where the Netflix series jumps from point A to point C, without bothering to show us what point B looked like. In other places, Jamtara drags its heels and repeats itself, with characters essentially having the same conversation across episodes. Not only does it slow down the narrative, it also tells us nothing new about those involved. Elsewhere, Jamtara is unable to convincingly craft moments that build on what came before. And in a lone incident in the premiere, a song-and-dance interlude is dropped in for no reason.

For what it's worth, the actors — especially Panwar and Shrivastava — are credible in the roles they are given, and Padhi's direction is largely solid as he brings a refined touch to the proceedings. But their work is undercut by the fact that Jamtara is always in a bit of a rush, what with that half-hour episode length propelling the Netflix series into the next scene, over and over. More importantly, Jamtara betrays a lack of introspection and poignancy. It doesn't have anything to say about these underprivileged, uneducated small-town folks, and there's no attempt at a deeper understanding of who they are, the environment in which they operate, or the social impact of what they do. As a result, a series about India's neglected populace is guilty of the very thing: neglect.

Jamtara is out January 10 on Netflix in India and across the world.

Realme 5i vs Redmi Note 8 vs Samsung Galaxy M20: Price in India, Specifications Compared
Realme 5i Launch Sees the Realme 5 Discontinued in India, Will Be on Sale Till Stocks Last