Jack Ryan Season 2 Review: Amazon Series Has a Better Idea of What It Wants to Say

But it still doesn’t know how to convey it properly.

In the hands of creators Carlton Cuse and Graham Roland, the first season of Jack Ryan — the Amazon Prime Video series adaptation of the late novelist Tom Clancy's most famous fictional character — was a surface-level telling of a ripped-from-the-headlines geopolitical narrative, through the eyes of a rather dull eponymous protagonist. Thankfully, its second season, out now worldwide, is an indication that it wants to do better. Though Jack Ryan retains its real-life international crises approach — jumping from Syria to Venezuela — and doesn't add enough layers to the half-empty everyman that is Ryan (John Krasinski), it's clear that it wants to tackle how the US is often its own worst enemy.

Early into Jack Ryan season 2, an American senator says he's wary of letting Ryan & Co. set foot in Venezuela, a Latin American country being ruled by an authoritarian, as he doesn't want this to turn into another Bay of Pigs, referring to the international embarrassment caused by the US' failed attempt to overthrow Fidel Castro's Cuba in 1961. (In a sign of real catching up with reel, former US security advisor John Bolton advocated sending troops to Venezuela, but Donald Trump was against it and pushed Bolton out.) And through various events across the second season, the Amazon series comments on and depicts how America overreaches and exposes itself in trying to influence tense geopolitical matters.

That's important for a show that can so easily slide into chest-thumping propaganda for the US' militaristic actions. And hence, it's commendable that Jack Ryan season 2 chooses to represent the greed of the American powers that-be as a bigger threat to the good work of honest individuals, rather than foreign threats such as Russia and China that would make for easy targets. It's a shame then that Jack Ryan succumbs to the pitfalls of being an action spy series, by way of an audacious rescue mission in the season 2 finale. In doing so, it undoes its intent to look at American overreach by itself overreaching. It's possible it's meant as additional commentary, but Jack Ryan season 2 doesn't seem self-aware about it.

Away from the subject matter, the Amazon series also improves on a scene-to-scene level. Jack Ryan season 2 is nicely paced, making the eight episodes — critics, including us, had access to all — an easy and largely gripping watch. That helps propel the narrative on good momentum, as twists and turns send the story in an unexpected direction with enough intrigue, in addition to an expected sprinkling of bursts of action. But parts of it are convoluted and not interesting enough, and it's waylaid by subplot distractions elsewhere that ultimately don't amount to anything. Unfortunately, Jack Ryan doesn't quite know how to bring the building blocks all together in a cohesive fashion.

Season 2 opens with James Greer (Wendell Pierce), Ryan's former boss and now Moscow deputy station chief for the CIA, looking into a missile launch that he believes has something to do with Venezuela. Greer is suffering from a heart ailment and he trades his on-the-line job to transfer to the capital Caracas. Meanwhile, Ryan (Krasinski), who's now working as an aid for a US senator, discovers that Russia might be selling weapons to Venezuela. As part of a diplomatic mission, he meets with President Nicolas Reyes (Jordi Mollà), who denies any involvement, naturally. And things take a turn for the complicated after a member of the US delegation is assassinated.

Ryan is convinced that Reyes is responsible, but he struggles to find conclusive proof. Greer offers to help and calls in a black ops team to investigate, unbeknownst to the local CIA team led by Mike November (Michael Kelly). Meanwhile, a mysterious BND operative — Germany's equivalent of the CIA — called Harriet “Harry” Baumann (Noomi Rapace) complicates matters for Ryan personally and professionally. It's an acknowledgement on the writers' behalf that season 1's romantic interest, Cathy Mueller (Abbie Cronish), was terribly handled, so it's been thrown out the door for a new one. And though Harry has a stronger link to the plot, she only exists when it's convenient for the plot. The female character with a more prominent on-screen presence on Jack Ryan season 2 is Gloria Bonalde (Cristina Umaña), a grassroots politician who has personally suffered at the hands of Reyes, with her husband, a former interior minister, disappearing after he dared to speak out on an issue. With Venezuela suffering a humanitarian and financial crisis, Gloria has become the vessel of citizens' hopes, making her the main opponent to Reyes in the upcoming presidential election. (Umaña is one of two Narcos actors involved in season 2, with Francisco Denis playing Venezuelan second-in-hand Miguel Ubarri.) Gloria continues Jack Ryan's trend of having a relatable local character, after Suleiman's wife Hanin Ali (Dina Shihabi) in season 1.

While the willingness to flesh out a local character is commendable, the bigger question facing Jack Ryan after season 1 was how it would avoid falling into the age-old trope of a white man parachuting in and being an expert in local matters, as we then noted. The Amazon series kicked off by labelling that Ryan was an expert in Yemeni affairs, which justified his involvement in uncovering the Middle Eastern terror plot in season 1. But when did he become an expert on Venezuela? The season 2 premiere includes Ryan delivering a presentation on Venezuela as evidence, but that's far from a convincing answer to the issue. Letting a white guy just waltz in sours the show's credibility elsewhere.

It doesn't help that Ryan seems to achieve what he's trying to do without really doing much at times. There are logical gaps and a factor of improbability to his actions. (A 6' 3” American dude, as is Krasinski, would stand out in Venezuela, where the average height for men is 5' 7”.) That improbability is ratcheted up to another degree when Ryan & Co. brazenly storm a presidential palace without permission from their superiors. Forget potentially being shot down since it ought to be restricted airspace, the optics of such a move are so bizarre that anyone and everyone involved in such a mission would effectively be killing their careers for good. It'd essentially be considered an act of war. Not to mention it's all for an officer who was jeopardising things from the start. 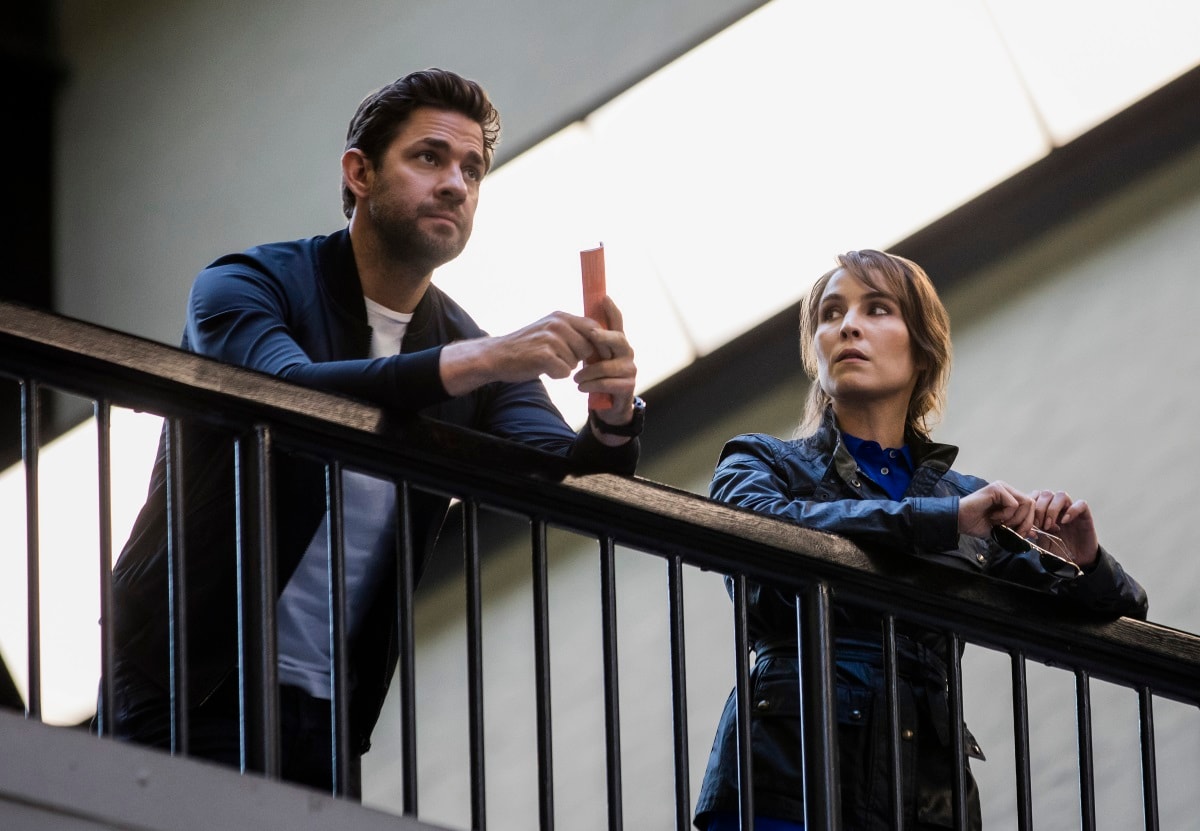 Jack Ryan season 2's problem of being unconvincing in places is compounded by how it wastes screen time on narrative red herrings and meaningless character arcs. Why introduce and establish characters if they have no larger role in the story? And even with the characters it does devote time to, the show's anthology-like approach — a new geopolitical issue and in turn, a new region, every season — means they will never be seen again, most likely. Moreover, its insistence to be an action series first, akin to Mission: Impossible or Homeland, doesn't give it room to dig at its foreign policy themes in ways managed by the likes of Generation Kill and The Looming Tower. Sure, season 2 marginally improves on each weak front from season 1, but Jack Ryan doesn't go far enough to establish itself as a show worth watching in today's crowded TV environment.

All eight episodes of Jack Ryan season 2 are out now on Amazon Prime Video worldwide.