Iron Fist Season 2: Netflix-Marvel's Worst Show Has No Way to Go but Up

In the fifth episode of Iron Fist season 2 – out now on Netflix – the titular character aka Danny Rand (Finn Jones) feels he is at his lowest point, having lost the supernatural power of his glowing yellow fist that can punch through almost anything. “It wasn't a part of me,” he remarks dejectedly. “It was me.” For superhero stories, temporarily getting rid of the protagonist’s special abilities to examine what truly makes them a hero is a trope. However, this bit from Iron Fist season 2 brings to mind an exchange between Peter Parker and Tony Stark from last year’s Spider-Man: Homecoming, where the former’s protests about giving up the suit after a debacle he partially caused leads to a rebuke from the latter: “If you’re nothing without this suit, then you shouldn’t have it.”

The second season of Iron Fist is interested in exploring similar ideas, even as it’s not the first time the Marvel series has robbed Danny of his powers. While the disastrous first season was shallow enough to do it simply for narrative reasons and not character development, the new season – critics, including us, had access to six of the 10 episodes – shows an inkling of probing into the necessary depths. Alongside, Iron Fist season 2 also touches upon the role and purpose of its protector in a world where K’un-Lun (the mystical city where Danny trained) has been lost and its primary enemy, the Hand, has been vanquished. The show isn't subtle about it though, as the question is literally delivered as dialogue by Danny’s now-girlfriend Colleen Wing (Jessica Henwick), who has left behind her martial arts teaching ways after the events of The Defenders.

M. Raven Metzner (Elektra), the new showrunner on Iron Fist, keeps things close to home as the plot kicks into gear: the big bad in season 2 is Davos (Sacha Dhawan). Davos was introduced late in season 1 as Danny’s best friend from K’un-Lun, who was angry with Danny for having left their mutual home where the two lived and trained together for years and came to regard each other as brothers. Jumping forward a few months from Davos’ meeting with Danny’s childhood friend Joy Meachum (Jessica Stroup) at the end of the first season, season 2 finds the two working together to put their plan into motion, which seems to have downgraded from killing Danny to hurting him. While Davos is driven by what he feels is his birth right, Joy blames Danny and her brother Ward Meachum (Tom Pelphrey) for keeping her father’s fake-death a secret and the anguish it caused her.

Immediately though, there are problems. Davos is a terribly boring villain, whose serious and straight-face demeanour is a drag on a show that has always been gasping for an infusion of fun. When Joy offers him a glass of wine in an early episode, he declares he doesn't drink and "regulates his diet to maximise his physical well-being". Sure, that’s necessary for being a good fighter but does it have to be put out in such a drab fashion? Joy says he’s no fun, and the show knows it too, but it does nothing to fix that. In some respects, Davos in season 2 is a reminder of what Danny in season 1 was mocked for. And while the Iron Fist has gotten some much needed writing refreshes primarily courtesy of The Defenders, his former best friend is stuck in the same rut. The show attempts to humanise and make him relatable midway through the season, but it’s too little too late.

For what it's worth, Metzner and his new team of writers have thankfully picked up on another one of season 1’s boring aspects: nearly every scene that took place inside the elegant glass walls of the Rand Corporation. And hence, we never see the inside of a Rand-owned office building in Iron Fist season 2, or at least the first half of it, from what we can tell. Most of the new season takes place in and around Chinatown, the location of Colleen’s martial arts dōjō, which now serves as home for Danny and her. The show repeatedly emphasises the life they are building together, which sets it apart from every other Netflix-Marvel series where the characters are largely on their own. The nature of the relationship benefits the show too, as Colleen feels like an equal protagonist to Danny. 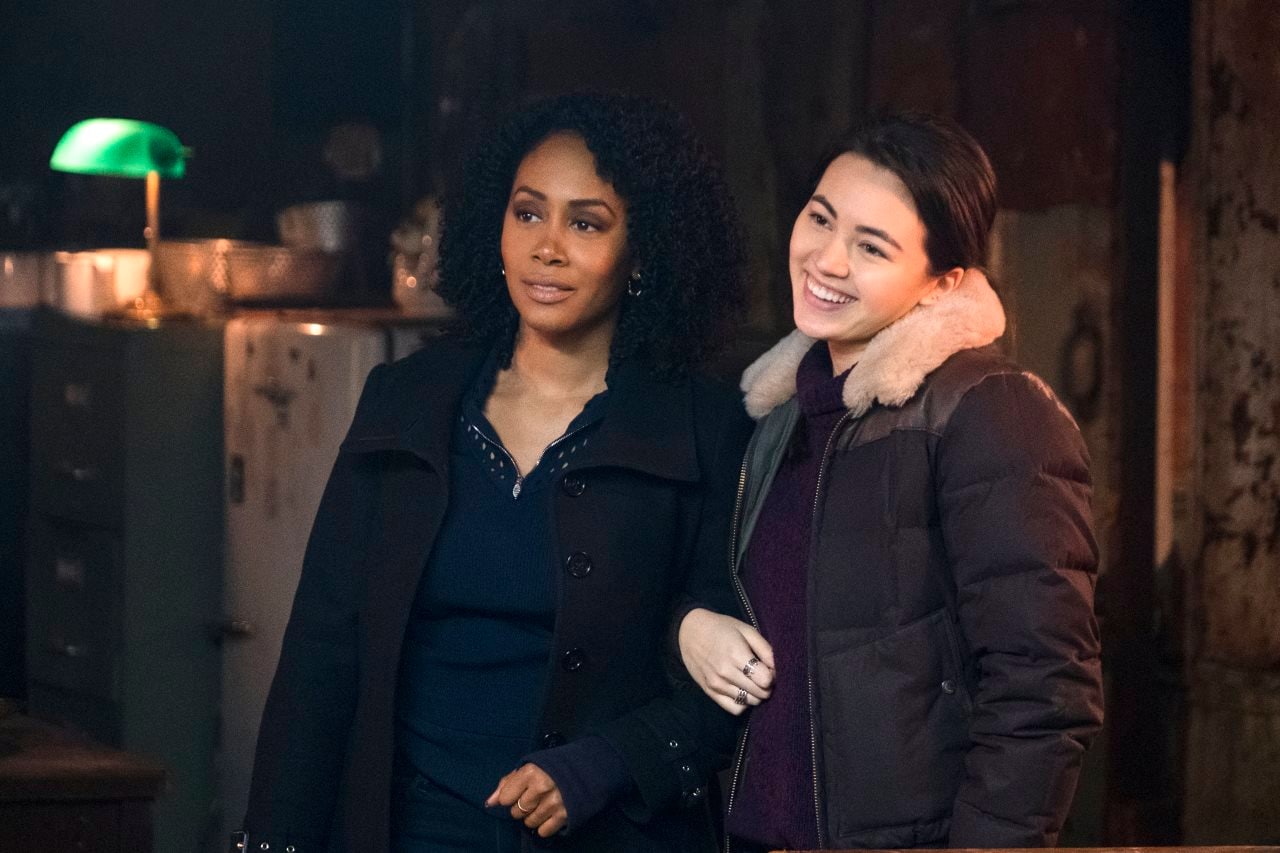 After what happened to Misty Knight (Simone Missick) in The Defenders, Colleen decided to hang up her katana and shut the dōjō, giving herself instead to community service. She reluctantly gets pulled back in after a family heirloom turns up at the centre she now works at, and her investigation connects into the dealings of several triads in the neighbourhood, whose conflicts are brewing into a potential war. But as was clear from her ring-fighting days in season 1, there’s a part of Colleen that relishes the fight, which comes to the fore deeper into season 2. Moreover, her fight sequences are the most interesting of the lot, simply because she only has her own talents to rely on and no superhuman hacks such as glowing fists, bulletproof skin or advanced hearing.

Of course, it helps that the action choreography, direction and editing are much, much better thought out this time around in general – the new stunt coordinator Clayton J. Barber has worked previously on 2015’s Rocky spin-off Creed and this year’s Black Panther – which helps deliver action scenes that are more coherent and impactful than anything Iron Fist fans were served in the first season. One of the reasons is that there’s longer takes filmed from wide angles that allow audiences to understand and appreciate what’s going on, rather than cutting on the beat to hide the flaws and inability of actors to pull off complex movements. Two memorable stunt set-pieces in season 2 both involve Colleen in fact, though there’s still nothing here that is going to rival the hallway fight scene from Daredevil season 1.

Iron Fist season 2 also benefits from the presence of another female character, with Misty guest starring in several episodes midway through the season. It's an unexpected delight – the former because both Danny and Colleen appeared for just one episode apiece in Luke Cage season 2, and the latter thanks to her dry wit, which lets the show poke fun at the mystical other-worldly aspects of Iron Fist and allows it to tackle the ridiculousness of Danny's origin story with self-awareness. At one point, when Danny says the guy they're chasing is his brother from K'un-Lun, Misty looks at Colleen to verbally confirm if that's the place with the supposed dragon and where he got his glowing-fist thingy. 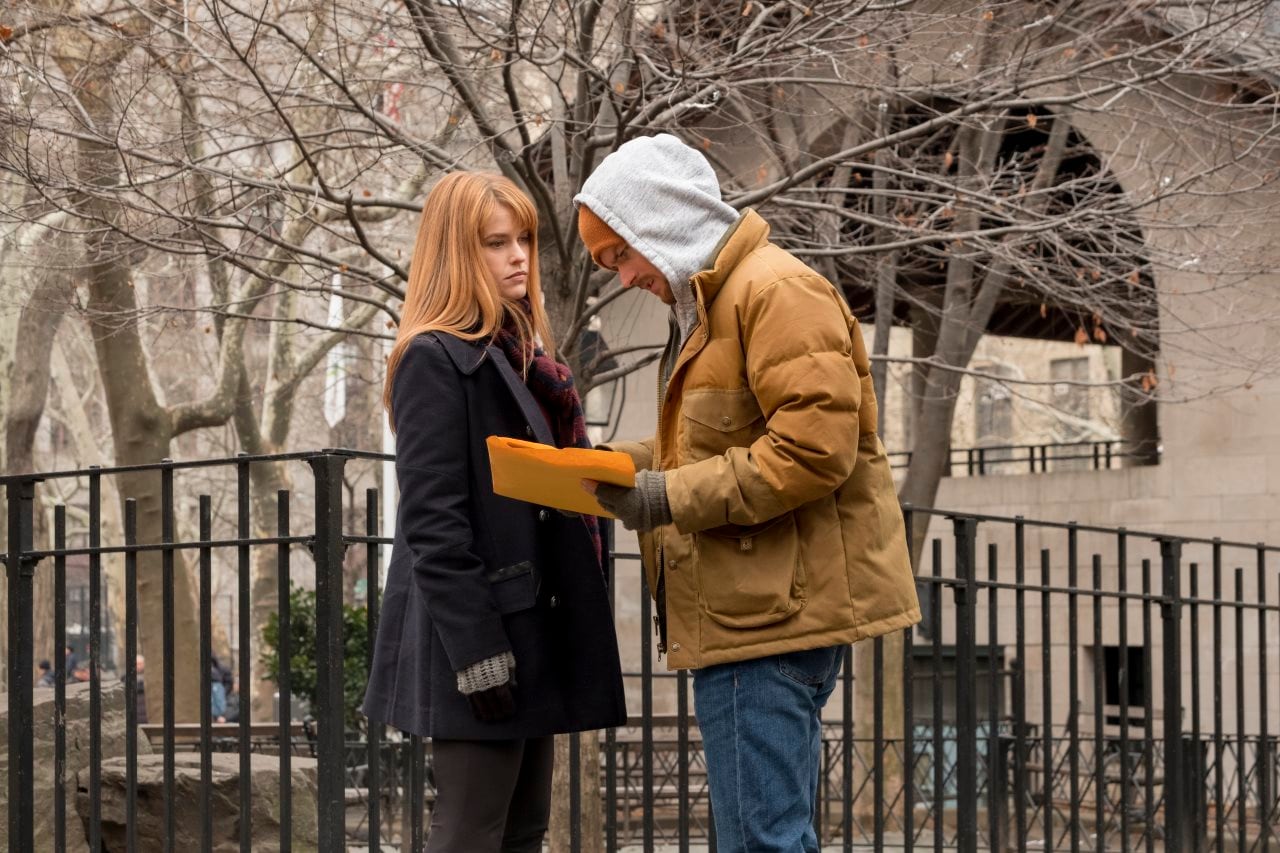 Unfortunately, that's not the case for the show's only new character Mary Walker, played by Star Trek Into Darkness’ Alice Eve. Just as in the comics, Mary suffers from dissociative identity disorder on the show as well; though she has several personalities on the page, only two are shown in the first half of the new Iron Fist season. While one of them is a naïve and polite struggling artist who is drawn to beauty in the mundane, the other is a calculating, headstrong private investigator and muscle-for-hire. Though we see her dealing with the mental health issues, the character is still too two-dimensional for viewers to connect with, and it doesn’t help that the writing pushes her into choices for the sake of plot convenience or that make other characters look stupid.

When it premiered last year, Iron Fist wasn’t just the worst thing to come out of Marvel and Netflix’s partnership, it was an abject failure, as we termed it. In addition to not updating its problematic origins of an outsider learning from another culture and becoming the best among them, the first season compounded it with its terrible writing, handling of representation, and the reaction from cast and crew. Though it’s impossible to fix certain aspects, the new showrunner did try – Metzner made a list of Japanese, South Korean, Hong Kong-Chinese and Indonesian films to watch for everyone who worked on season 2 – but the show fails to punch through in satisfying ways and ends up being another middling entry in what has been a disappointing year for sophomore runs in the Marvel universe on TV, after Jessica Jones and Luke Cage.

Further reading: Iron Fist, Marvel, Netflix
Akhil Arora Email Akhil
Akhil Arora covers entertainment for Gadgets 360, interviewing stars such as Christian Bale and Anurag Kashyap, covering series premieres, product and service launches across the globe, and looking at American blockbusters and Indian dramas from a global socio-political and feminist perspective. As a Rotten Tomatoes-certified film critic, Akhil has reviewed over 150 movies and TV shows in over half a decade at Gadgets 360. When he is not completely caught up with new film and TV releases, Akhil ...More
Nokia 9 Live Image Leak Tips 5 Rear Cameras, Xenon Flash
US Charges North Korean Hacker in Sony, WannaCry Cyber-Attacks

product Netflix-Marvel's worst show, Iron Fist, returns for season 2 with a new showrunner as it pits Danny against a familiar foe, but fails to lift itself in a truly satisfying fashion.

Iron Fist Season 2: Netflix-Marvel's Worst Show Has No Way to Go but Up
Comment