How to Train Your Dragon on Netflix Looks Like the Movies, but Doesn't Measure Up

When you think about animated movies, it's Disney and Pixar that hog all the attention, but DreamWorks has been doing a great job as well with films like Shrek, Kung Fu Panda, and How to Train Your Dragon. DreamWorks has also been a lot more aggressive when it comes to putting out sequels and spin-offs - and sometimes this goes overboard (witness Shrek, Madagascar) - but it isn't always a bad thing either.

Kung Fu Panda 2 was an excellent, enjoyable film that actually improved upon the original in some ways, and we called How To Train Your Dragon 2 one of the best animated films in 2014. But the other thing that DreamWorks has been doing is covering the gaps in between movies with TV shows, and the latest one to be released is How to Train Your Dragon: Race to the Edge. All 13 episodes of the show released a few days back on Netflix and if you're in India, then you won't be able to watch them yet, but if you're reading this from the US, or you're one of the many people who uses Netflix over a VPN or via services like UnoDNS, then we'd suggest you start watching this show.

There's also a good chance that the show will eventually air on an Indian channel - other shows like House of Cards and Orange is the New Black have made the jump, for example - and so, if you're at all interested in How to Train Your Dragon, or fun animated shows in general, then you should check this out. 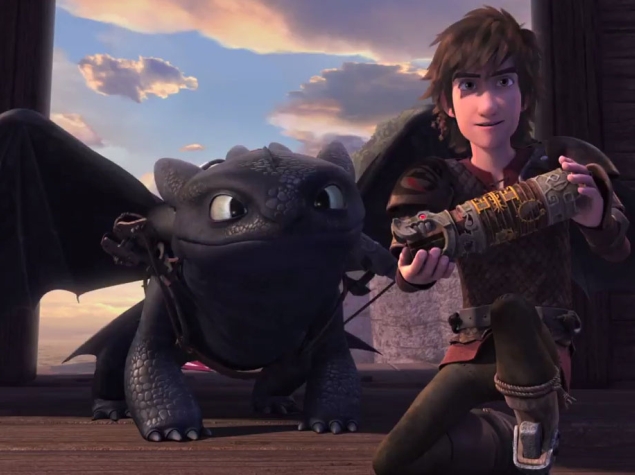 (Also see: How to Train Your Dragon TV Series Is Back This Friday on Netflix)

So how does the new show measure up to the movies, or to the two shows that came before it? After How to Train Your Dragons released in 2010, two series of DreamWorks Dragons aired on Cartoon Network, before the second film released in 2014 - these shows helped to bridge the gap between the movies, and tried to show you the characters growing up in the five years that passed.

The show looks better than ever - the trailer made it look like the Netflix series would be at par with the movies in terms of animation, and while the show does fall a little short of a full-budget film, it's still a huge step up from the seasons we watched on Cartoon Network.

There's much more detail in the designs now, instead of the flattened textures we saw during the earlier seasons. The animations are still a little stiff though; it's not as fluid as the movements on the movies, and some of the animation gets reused, but it's still a delight to watch.

The show also has the same cast as the movies; Jay Baruchel and America Ferrara return as Hiccup and Astrid, as do the supporting characters from the movies. This makes it easier to move between the shows and the movies and the characters you liked are pretty much as you remembered them.

(Also see: Like Animated Movies? You'll Love How to Train Your Dragon 2)

It's an impressive feat, but is Race to the Edge also able to keep the story flying high over its 13 episodes? 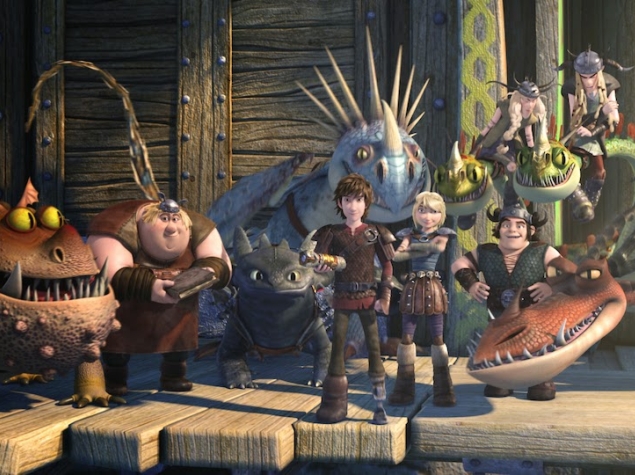 Defenders of Berk ended with Hiccup and his friends finally defeating the deranged Berserker chief, Dagur, with a little help from Alvin the Outcast. At the end of the show, Dagur was safely locked up in an Outcast prison. Three years later, Race to the Edge starts with Dagur's escape from prison, and this kicks off a series of events that ends with Hiccup in possession of an artefact called the Dragon Eye. With this, he's able to see maps of islands beyond the Berk archipelago, and in his quest to find more dragons, he can't wait to explore.

The gang, which now looks a lot older and closer in appearance to their characters from the second film, quickly follow and the film sets up a new base, far from Berk. In theory, this would open the show up to doing more episodes about exploration and finding new dragons, but in practice, it just means setting up their own version of Berk, complete with houses, a training arena, and even a boar pit, but minus the adult characters.

There are still a few visits to the main island, which leads to some entertaining interactions, but one thing that this series really proves is that Hiccup is a very annoying protagonist. He was a little grating in the second film, and he's quite irritating here; if only the show spent more time on its supporting characters, such as Stoick, or gave more screen time to the dragons themselves, then it might be more enjoyable.

Toothless has very little screen time to himself this time around, as do most of the dragons; instead you have episodes where Fishlegs develops an alter ego thanks to hypnosis, and another where the twins become the owners of the new island that the dragon riders have set up as their home base. 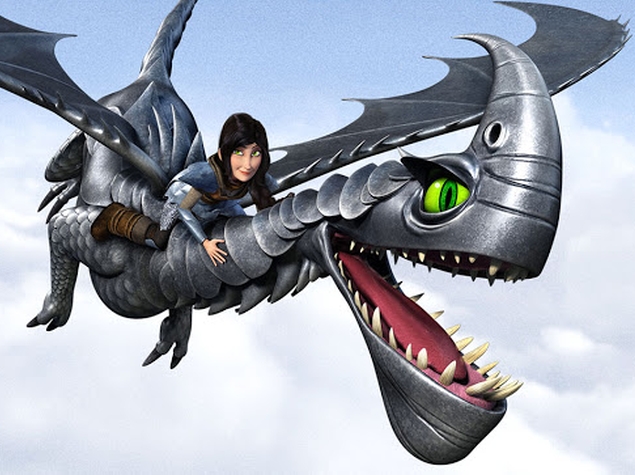 The other potential problem with the show is that each episode feels far too self-contained. Even the Cartoon Network version of the show was episodic, but there was a larger arc that the show was building towards. The seeds of future events were often laid several episodes in advance.

This new season doesn't seem to plan ahead in the same way; the Dagur plot goes on hold for quite a few episodes and then returns without warning, for example. Considering the taut storytelling of the movies, and even the bigger world-building of the first two shows, it wasn't asking for too much to expect more of the same from DreamWorks for this season.

With the new movie scheduled for 2018, there's definitely going to be more seasons on DreamWorks Dragons in between; hopefully, the story can evolve a little with time too. Of course it is meant to appeal to children, but there's a difference between making the show easy to follow, and simply pandering to your audience. The movies have successfully avoided talking down to their fans. Hopefully, the show will too.

Further reading: Cressida Cowell, Dragons, DreamWorks Dragons, DreamWorks Dragons Race to the Edge, How To Train Your Dragon, Netflix, Race to the Edge, TV Shows
Gopal Sathe Email Gopal
Gopal Sathe is the Editor of Gadgets 360. He has covered technology for 15 years. He has written about data use and privacy, and its use in politics. He has also written extensively about the latest devices, video games, and startups in India. Write to gopal@ndtv.com or get in touch on Twitter through his handle @gopalsathe with tips. More
Smartphone App to Help Detect Eye Diseases
'Connected Travellers More Likely to Make Bookings via Handsets'